Education is something that every youth should take seriously if they wish to have the better future that they ought to enjoy during their adolescence. Finishing school though is never that easy as it takes years of grueling homeworks, projects, reports, thesis and exams!

Exams are crucial part of every semester in school. They are a way for teachers to assess how much the students have learned in a period, hence it means going through pages of lessons for the kids. As it can be mind-stressful for kids to read and memorize thousands of terms or formulas overnight, some dare to resort to cheating so they can pass their exams. Be careful not to get caught though as cheating is a mortal sin during tests.

This student was being hilariously obedient to his professor’s instructions about the cheat sheet that they were allowed to bring during the exams. 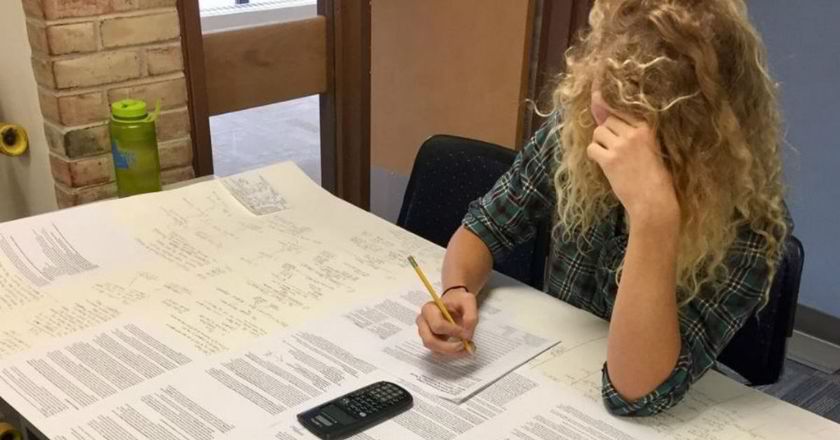 One professor in college though seem to be more sympathetic than the others. He allows his students to use a cheat sheet every first test day of a semester. However, he didn’t know that his generosity will make a student outsmart him in his own trick, and there’s nothing he can do but laugh in regret.

Once again, it’s time for the students of Professor Reb Beatty to take their first exam in his class. He announced his kind gift to them where he allowed the students to use a 3×5 inch cheat sheet. However, Beatty failed to mention that the size limit should be in inches, so one of his students showed up during the exam bringing a sheet measured in feet!

Technically, student Elijah Bowen followed the rules of bringing a 3×5 notecard. As Beatty realized that he did not specify the unit of measurement, he couldn’t even be mad and allowed Elijah to use the sheet he prepared. The outsmarted professor said:

“First test day of the semester and as always, I allow a 3×5 notecard. Today, a student shows up with this. Sure enough, it is 3×5… feet. As precise as I am, apparently I never specified inches and therefore yes, it was allowed. Well played and lesson learned for me.”

Professor Beatty took to social media to share about the funny experience. 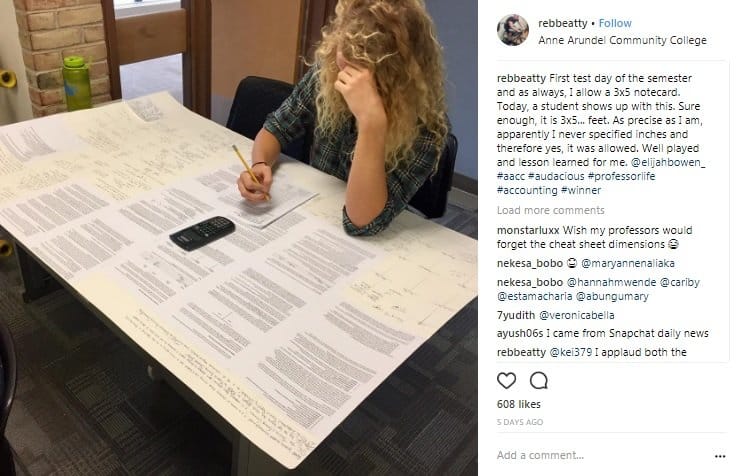 Elijah’s classmates then commended him for being ingenious. 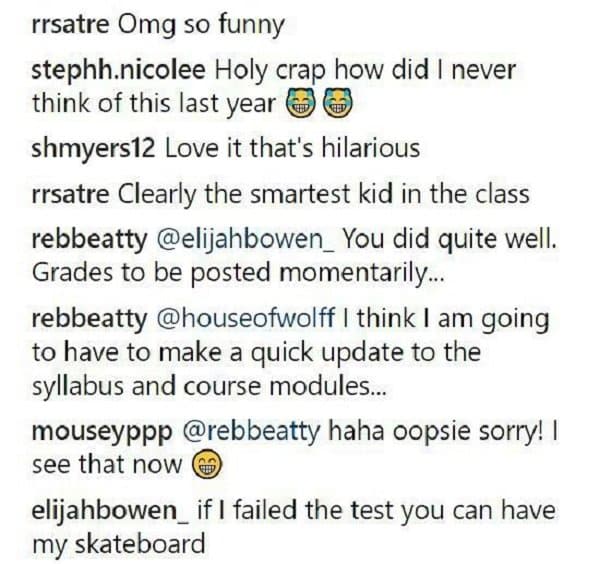 Distractify noted how Elijah’s classmates applauded him for his genius mind. Given the giant cheat sheet that he brought to class, Beatty was expecting for him to pass, hence he made a deal with him that the young man will give him his skateboard if he failed the test. With the reaction of the professor though, it seems that Elijah’s cheat sheet was effective and his skateboard still safe in his possession.