Police in Washington D.C. tackled an unarmed young black man to the ground and arrested his companion because they made a white woman feel “uncomfortable.”

The two young men were confronted and subjected to police violence at an ATM machine shortly after a woman reported them simply because they made her feel ill at ease.

Police took appropriate white action, and tackled one of them to the ground, injuring the teen as they did so.

Jason Goolsby held down on the ground. 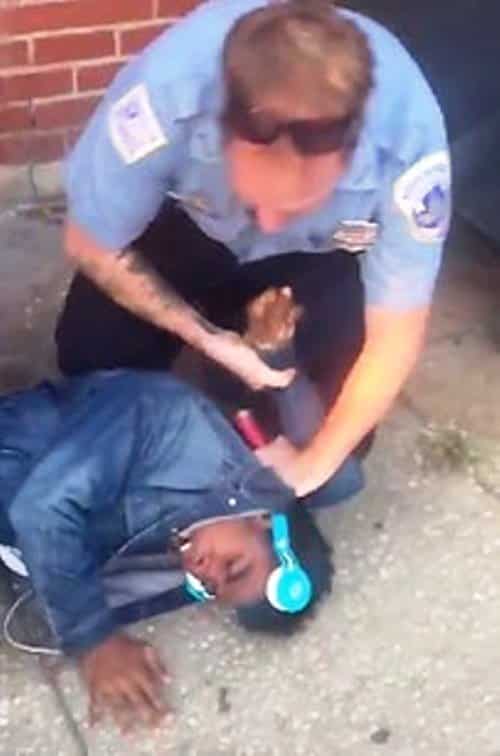 Eighteen-year-old, Jason Goolsby, and his friend Michael Brown, both of whom are University of Washington D.C. students, were at a Citibank ATM where Goolsby was trying to decide whether he should withdraw some money to finance a studio recording session to produce his music.

According to Goolsby’s lawyer, he was still trying to make up his mind when a white woman with a stroller came in and Goolsby held the door open for her. The woman backed up immediately, nervously blurting out she had left something in her car, and both Goolsby and Brown made nothing of it until a police vehicle pursued them at high speed, nearly running them over as they left the ATM. 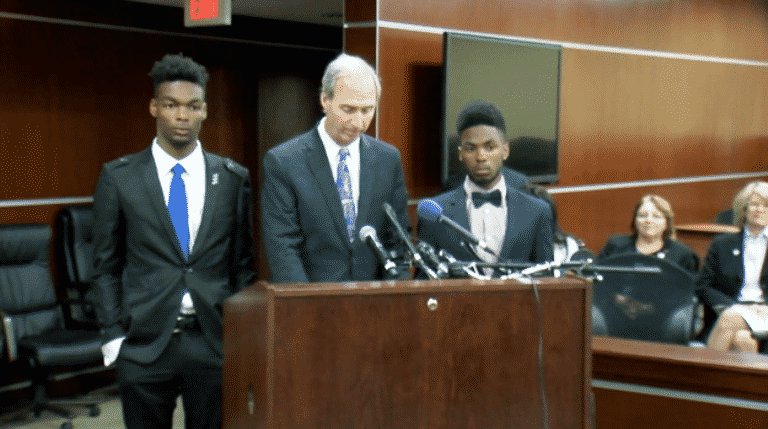 Goolsby, with thoughts of Baltimore, Maryland native, Freddie Gray, another black young man who died of spinal cord injuries under police custody earlier in April, immediately ran after seeing a white Metropolitan Police officer with one hand on his gun and the other hand training a pepper spray straight at him.

The police officer then tackled Goolsby to the ground with such force, his left shoulder was injured, and despite Goolsby screaming in pain, and Brown pleading they had done nothing wrong, they were still handcuffed, humiliated, and detained for two hours before being released,with police simply telling them it had all been a “misunderstanding.”

Video taken by Michael Brown, just before he, too was arrested simply for being there.

Goolsby and Brown, who had, just before the ATM-related arrest, finished with a volunteer training session that aims to counsel troubled teenagers on safe sex and how to prevent AIDS, are looking into pursuing legal action against the Metropolitan police officers for their wrongful arrest, as well as the physical and psychological injuries caused by the incident.

Protests on behalf of Jason Goolsby

With the rising occurrence of white police violence against unarmed black men, Goolsby said he ran because he feared for his life and didn’t want to die. He also stressed he didn’t want this kind of treatment to happen ever again.