Usually when we see police investigating apprehended suspects and doing a body search on them, there is some tension. We speculate what weapon would they find on the suspect, is he really guilty or innocent? But sometimes seeing these things can get pretty confusing and bordering on funny too, as is the case in this video below.

In the video, a “mentally-disturbed” man walked in on the store and started terrorizing the people by removing his shirt, swishing his belt as if it was a whip and even showing off his butt. Security were called in to stabilize the man. And as apprehensions go, the police went in on their work of searching the suspect thoroughly for any weapons and deadly stuff. One police officer took hold of something in the left pocket of the man’s jeans. 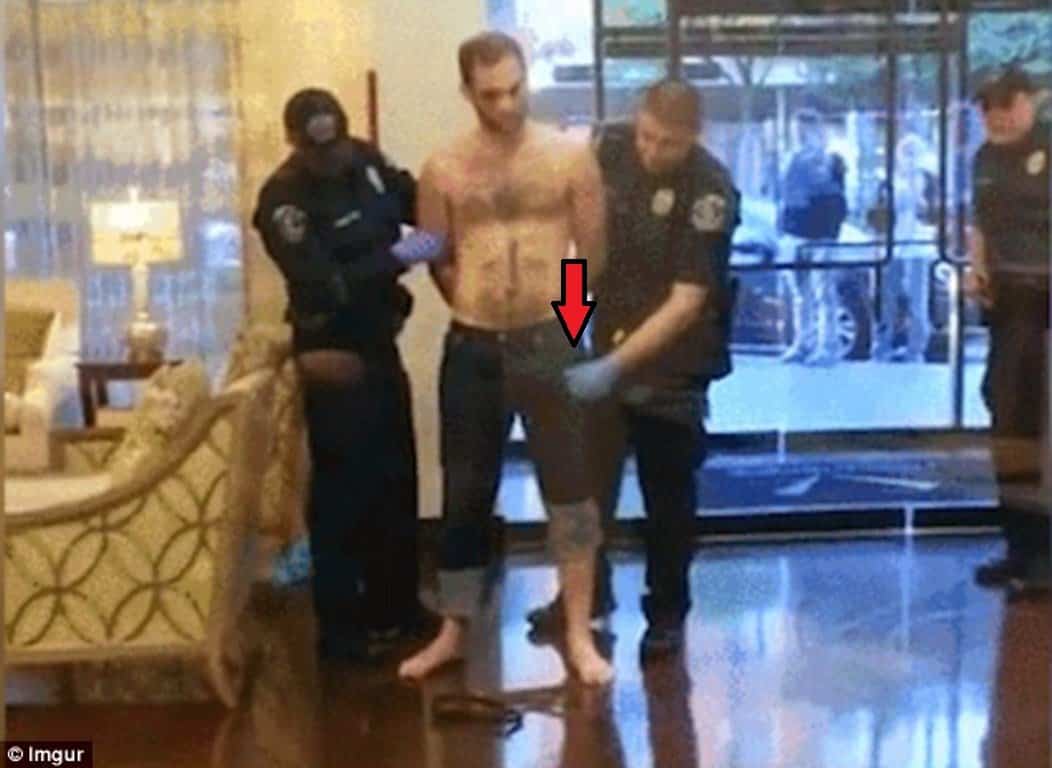 Thinking it was a gun, the police officer grabbed it again, and again with confusion on his face. Was it a weapon or was it the guy’s “family jewels”? After several grabbing to make sure it is what he thinks it is, the police officer walked away with what looked like shame in his face. I must say the suspect was all cool with what’s happening…

See for yourself in this video below.

Well what do you think of this unfortunate “grabbing” incident? I don’t know whether to sympathize to the policeman or the disturbed guy. How about you?