The modeling industry has certainly changed over the course of years. This is actually thanks to the many models who continue to defy expectations and revolutionize the trends. And when it comes to such topic, it’s hard not to include Ashley Graham in the conversation.

In a brand new photo shoot in New York City, the plus-sized model showed off per popular form once again. She conquered the scene by wearing a tiny pair of high-waisted bra and shorts.
The photo shoot revolved around a workout theme, with Graham sporting a grey-and-white color combination. Both of her tummy and tanned legs were beautifully displayed.

Ashley is among the famous plus-size models in recent memory. 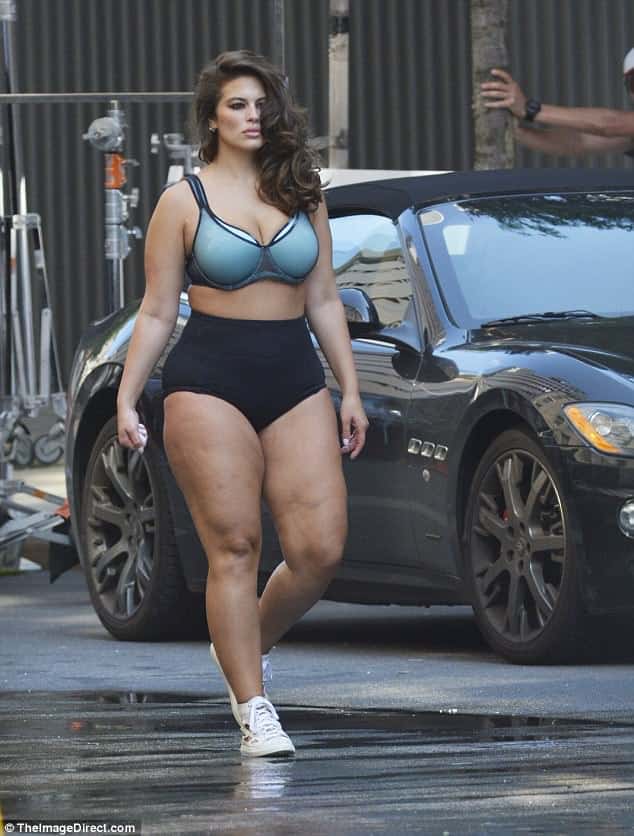 As expected, the revealing photo shoot featured her tanned legs and busty beauty.

The 29-year-old American model also wore a pair of gorgeous white trainers with a see-through feature. It wonderfully paneled through her feet and was heavily displayed whenever she bent down for the fashion-workout shoot.

Her overall looks were partnered with her luscious dark brown hair. She wasn’t even afraid to get down and dirty, as the crew covered her with white chalk for some effects.

With some of it on her hand, Graham was seen tied up to a heavy machinery of sort. She would then bend down and look at the camera while holding the equipment.

Graham is known for being a positivity crusader, encouraging women to love their bodies regardless of size. 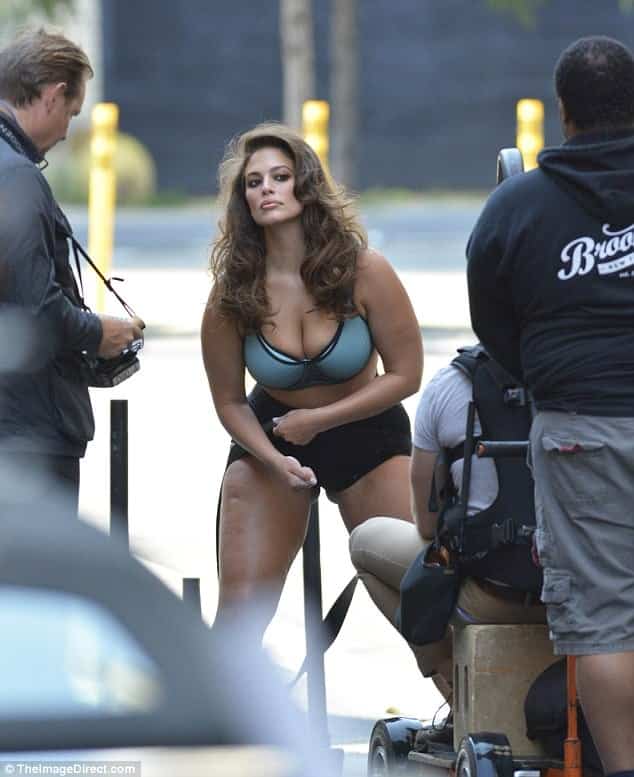 Many have admired her for her perspective towards life and, of course, for her unique beauty. 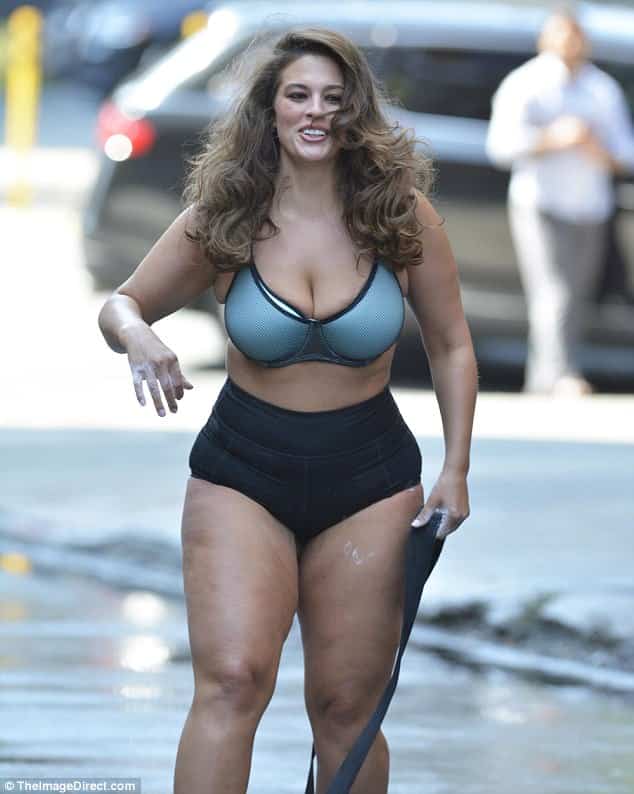 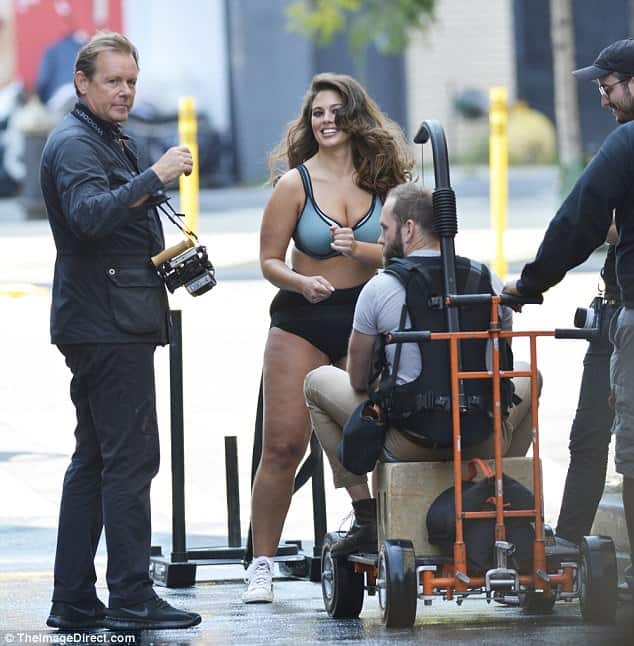 According to Daily Mail, Ashley was chosen as the host for Friday night’s Daily Front Row Fashion Media Awards. The event was attended by some well-known figures from the modeling industry as well as celebrities, such as Kendall Jenner, Kim Kardashian, and Kaia Gerber.

She has already appeared in various fashion magazines such as Glamour, Vogue, and Elle to name a few. 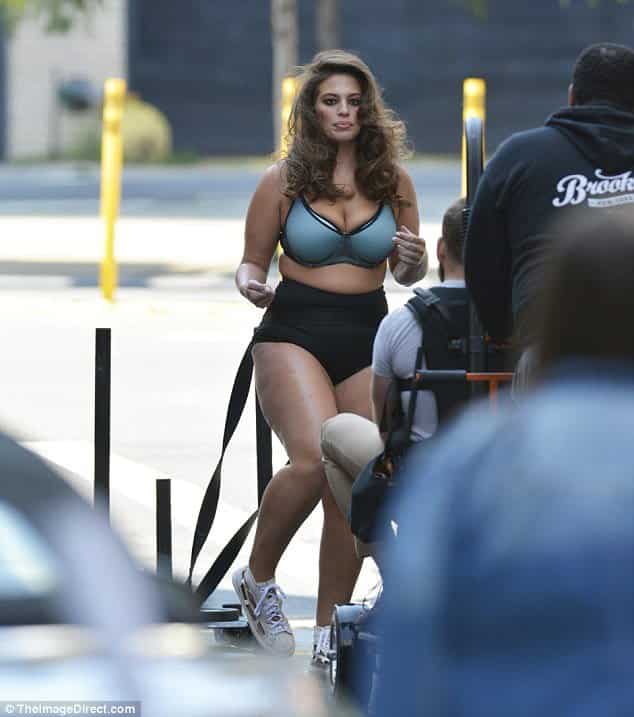 Born in Lincoln, Nebraska, she’s the eldest among three girls. 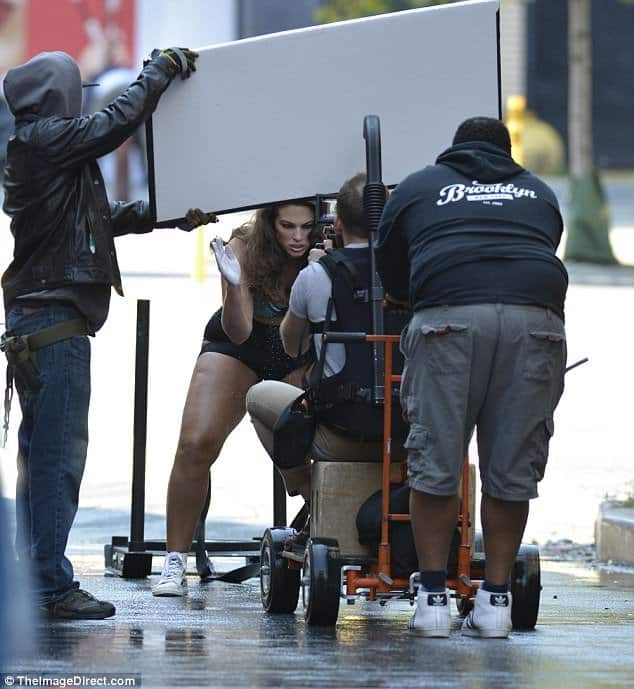 Ashley can be seen tied to a machinery while bending down.

The New York-based model is definitely an inspiration to a lot of women out there. 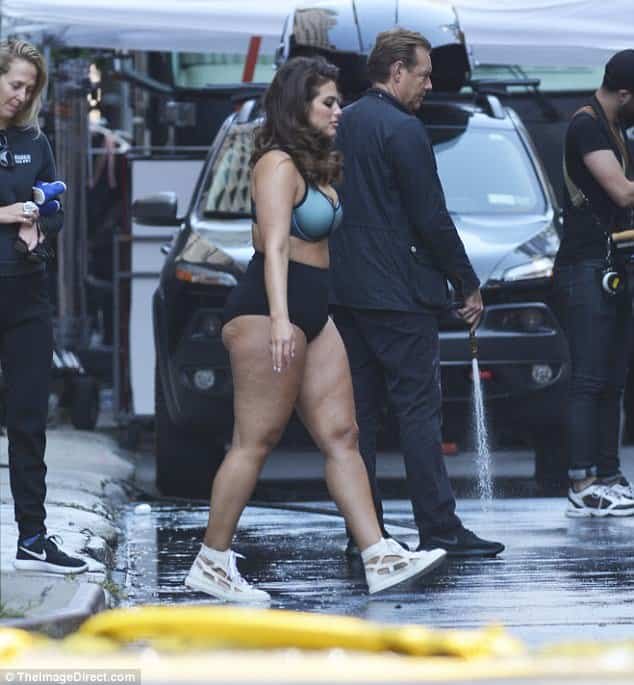 Graham is currently married to Justin Ervin, 34, for seven years already. She’s also known for being a swimwear and lingerie designer, as well as the host for Miss America Universe. Furthermore, she became one of the judges in the titular reality show America’s Next Top Model.