Riding a plane can be at times boring especially when it’s a long flight.

Sometimes we watch movies, play games, read a book, sleep or simply look out the window to see the sky, clouds and light since cities, towns, mountains and all the other things cannot be seen 30,000 feet above the ground.

Even if we are used to seeing clouds and sky almost every day, looking outside the window can be relaxing but what if you see an unexpected and odd thing outside the plane?

Plane passenger Nick O’Donoghue, 30, a software support team manager from Ireland was in an EasyJet flight from Austria to London Gatwick. He saw something strange on the clouds and decided to take photos of it. It looks like a shadow of a man or robot from afar.

The mysterious figure resembles the Iron Giant robot walking on clouds at 30,000ft 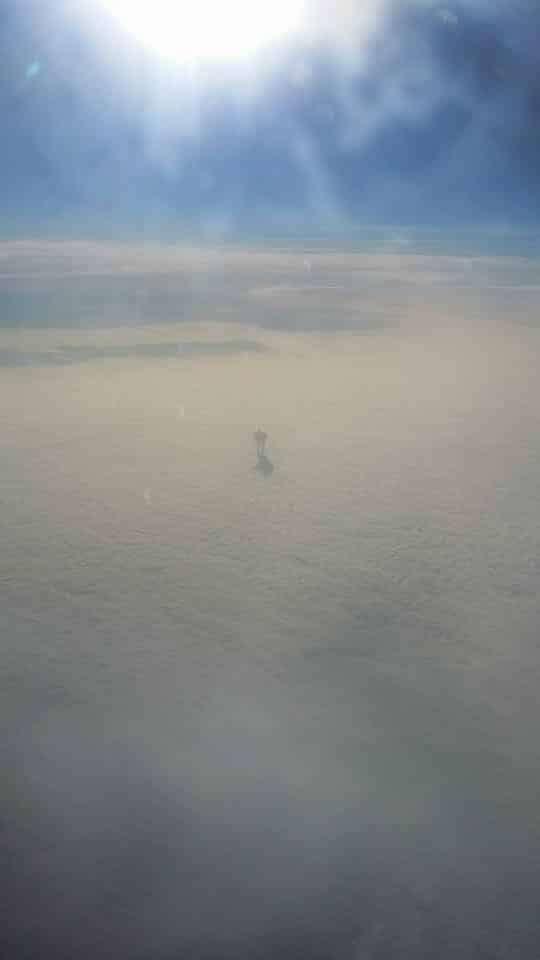 Up close, the figure looks like the robot from the animated movie The Iron Giant. 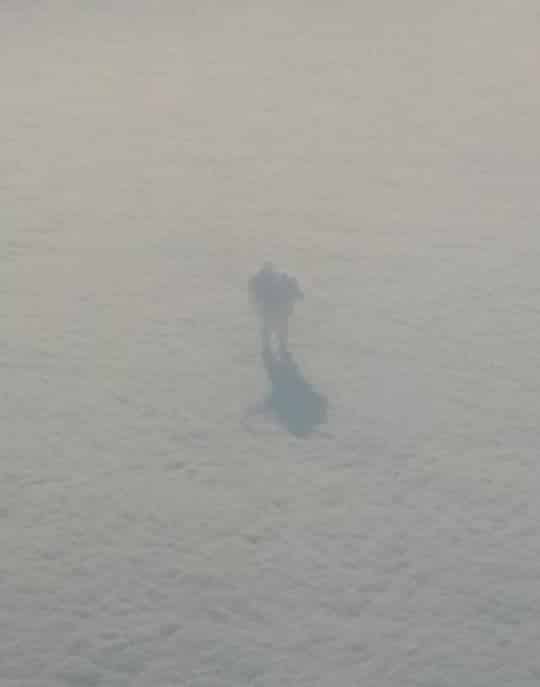 “I was flying back from a work ski trip in Austria, I was on the window seat with two work colleges beside me.

They were talking like crazy and I was gazing out the window, as you do. I could see this figure in the distance in front of us and then as we flew closer this shape appeared.

I asked the ladies beside me to look at it too in case I was seeing things. They too were amazed! I then took some pictures and then the aircraft slowly passed it.

It was in view for about two minutes as it was a good bit away in the distance. To me it looked like the Michelin man but to be honest I have no idea what it was.

Some comments online said it was smoke stacks below and the heat from them pushed up the layer of clouds, but I don’t think so as they looked very close together.

Probably just a funky cloud formation but I’d love for someone who knows about clouds to see it and try and explain.”

Whether it’s a cloud formation or a reflection of something in the sky. One thing is for sure, it really looks weird and mysterious!

What do you think about this? Share us your thoughts!