Most people work hard to have a successful career. However, one famous Russian photographer decided to leave it all behind for a truly extraordinary cause. She decided to move to a house in the forest so she could take care of sick dogs and other unwanted animals.

Daria Pushkareva was a famous wedding photographer based in Moscow, Russia. The self-described “workaholic” admitted that she would work “15-hour shifts without a day off for two weeks at a time.” Although she found success in her career, everything changed when Daria and her husband took in a shelter puppy with a missing eye. From there, they began adopting more ill dogs and taking care of the pooches.

Daria plays with two of the rescued dogs. 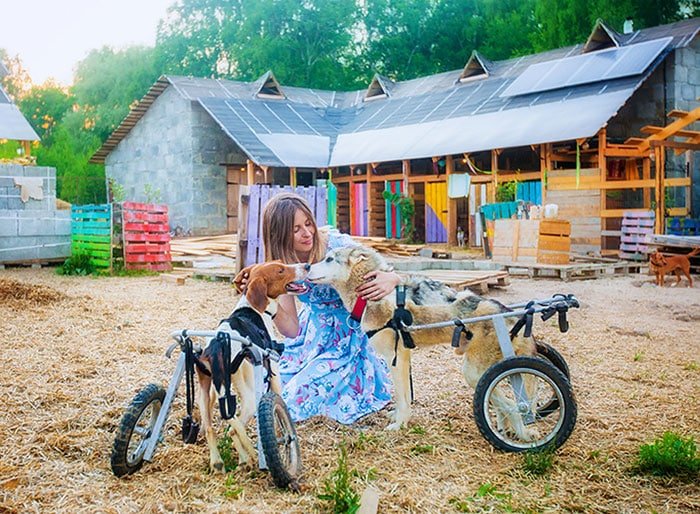 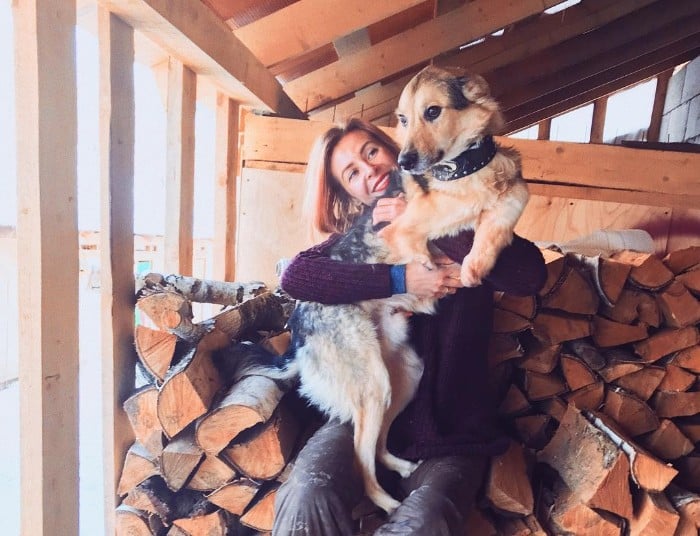 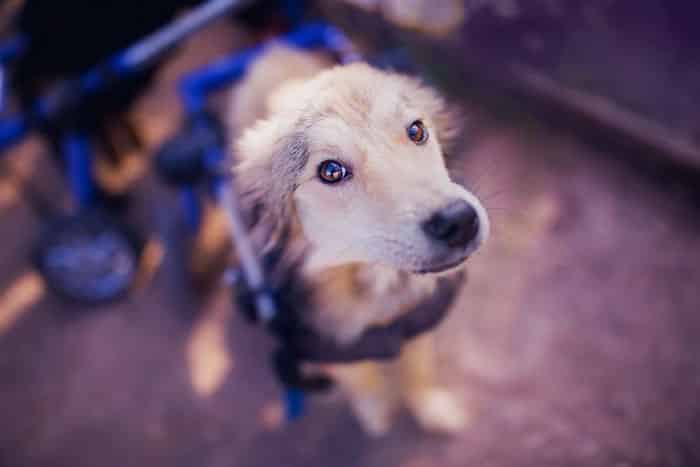 Things weren’t easy at first. Daria took in an unfortunate pup who was aggressive with the other dogs. They later discovered that the puppy had craniocerebral trauma, which caused it to see mirages and lash out. A dog specialist told the couple that they should give the pup away to a place with plenty of space.

Daria and her husband stuck with the pooch. They purchased a country house 100 miles from Moscow and took their dogs with them. Since then, they have built six enclosures for the pups and have been living a truly different life.

The dogs aren’t the only ones living with Daria in the forest. She has also taken in fox pups and a family of raccoons.

Daria with one of the gorgeous arctic foxes. 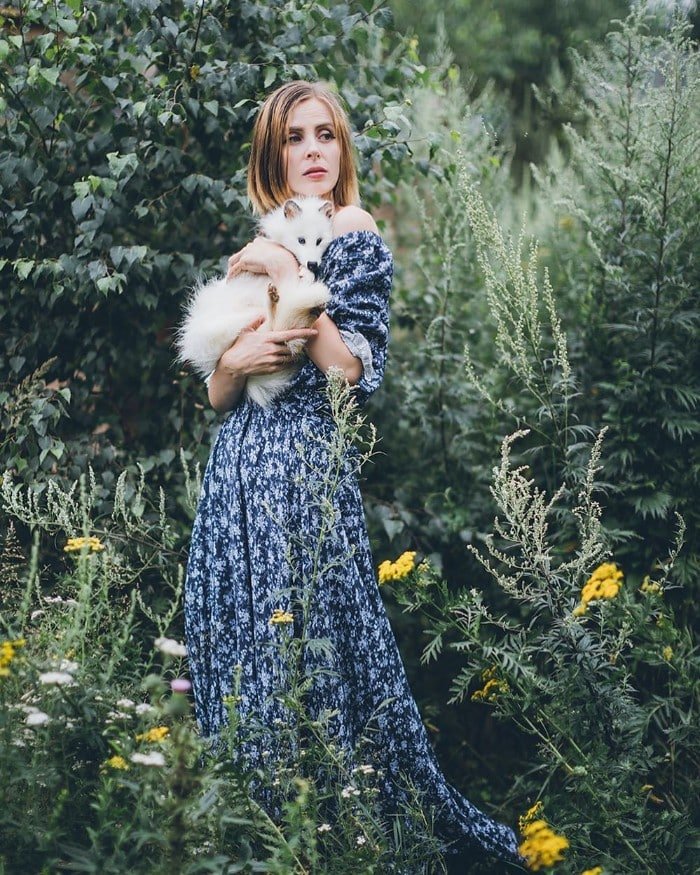 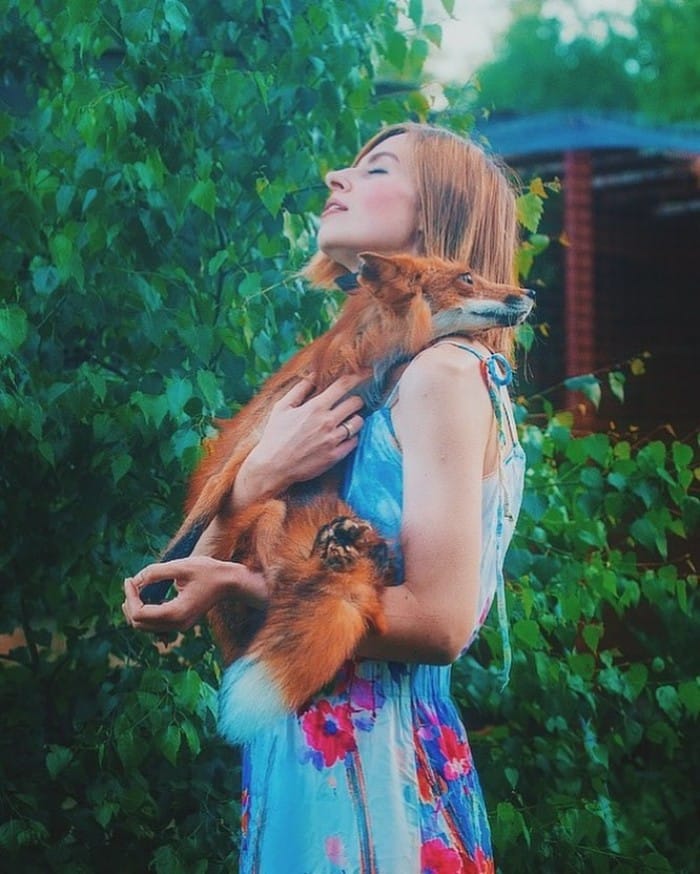 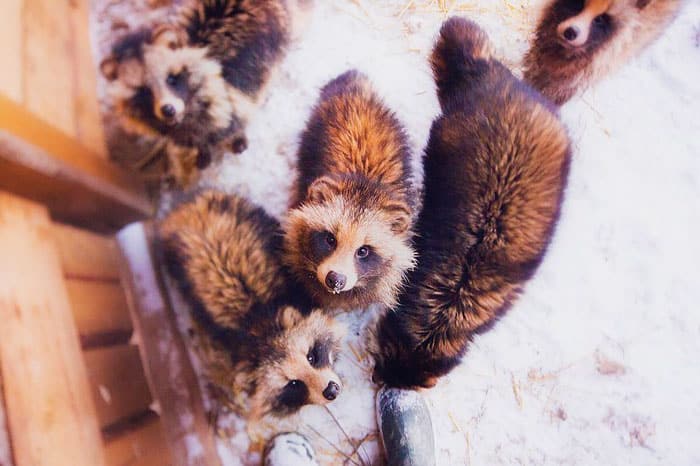 Daria and her husband are currently taking care of over 200 animals. Luckily, there are people who are willing to help them with the monumental task.

“Me and my husband aside, we have two employees who are here almost seven days a week. Sometimes, other people come by if we need urgent construction repair work done. Because we live outside the city and there’s not much of civilization around us, we do most of the stuff with our own hands,” she said.

For now, the household is not taking in more animals. Nevertheless, Daria is fully committed to helping dogs, foxes, raccoons, and all kinds of animals feel at home with them in the forest. 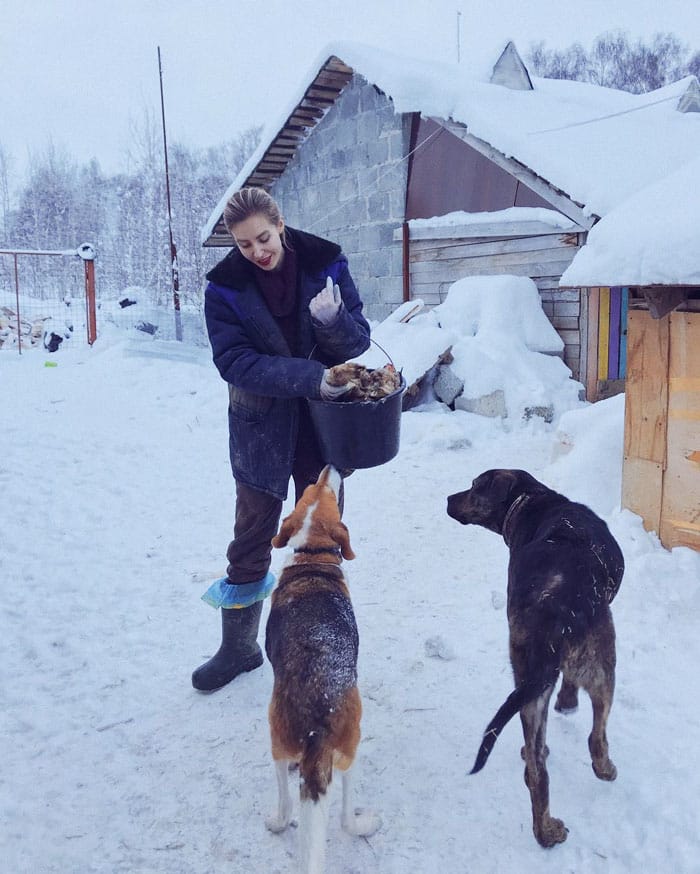 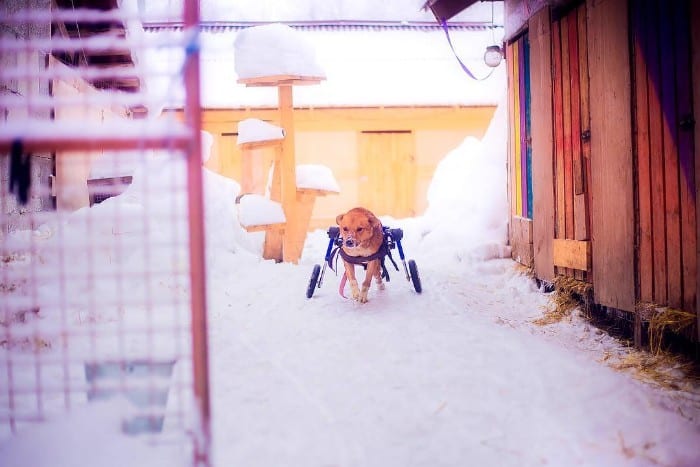 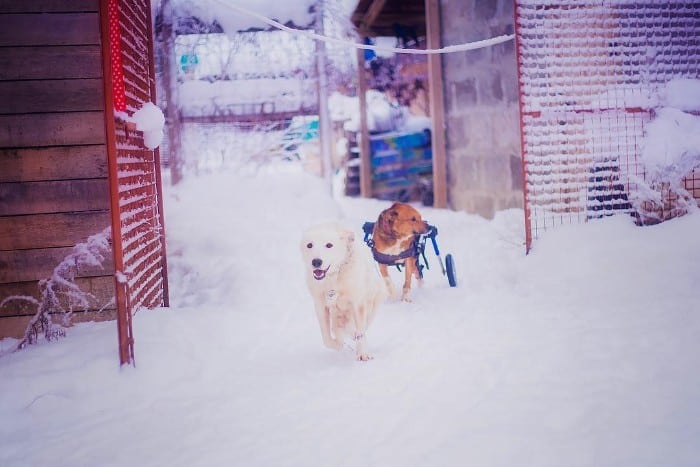 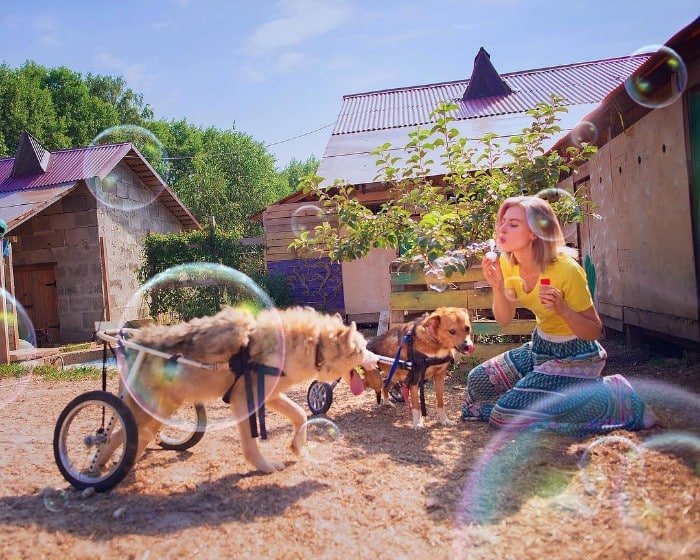 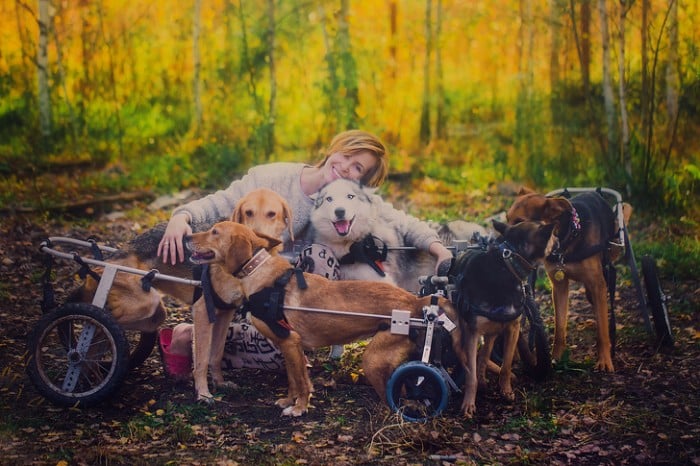