A team of Egyptian and German archaeologists recently made an astonishing discovery in Cairo, Egypt. They found the remains of a giant statue submerged in groundwater in a slum. They believe it’s the likeness of Pharaoh Ramses II.

The giant statue was discovered in Cairo’s Matariya district. It’s where the ancient city Heliopolis was once located. History shows that Ramses II had ordered a temple dedicated to the Egyptian sun god built there. They actually believed it was the center of creation.

The archeological dig has been going on for 5 years. 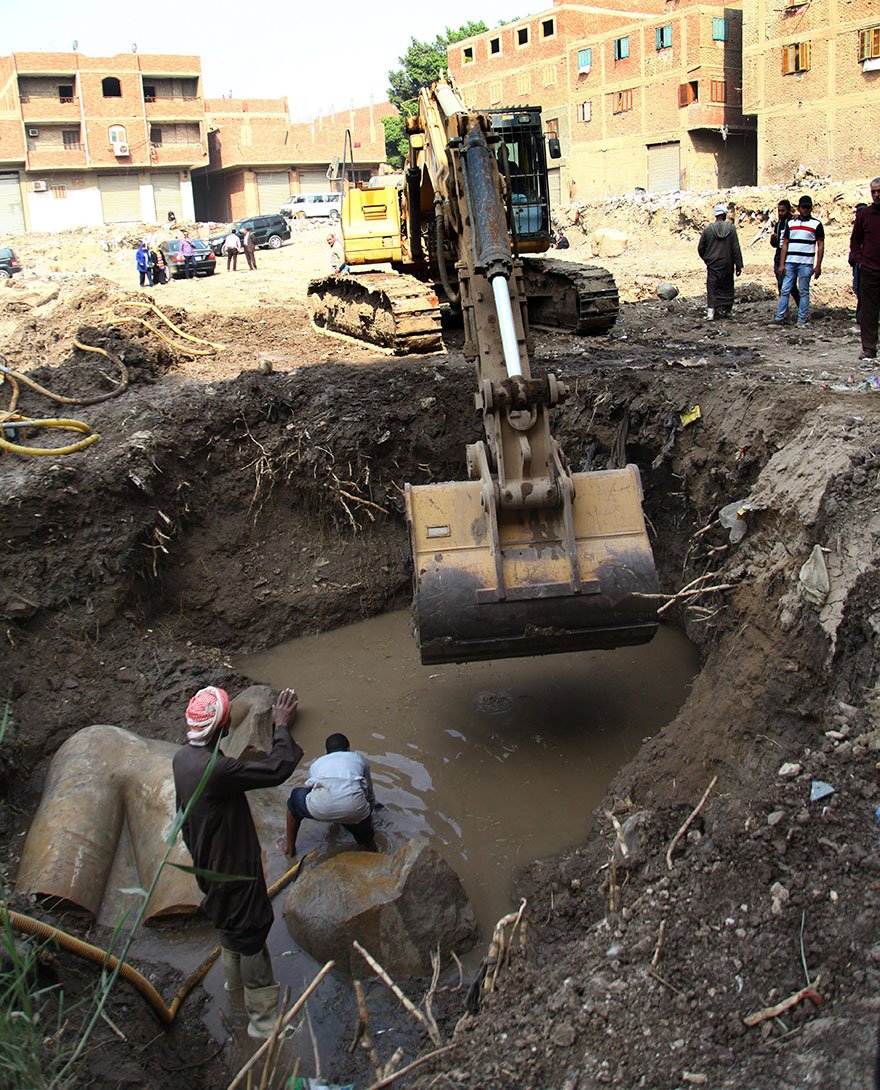 Today, the spot that used to be Heliopolis is an impoverished neighborhood. It’s crowded with unfinished buildings and mud roads. There’s hardly any trace that it was once such a grand location. 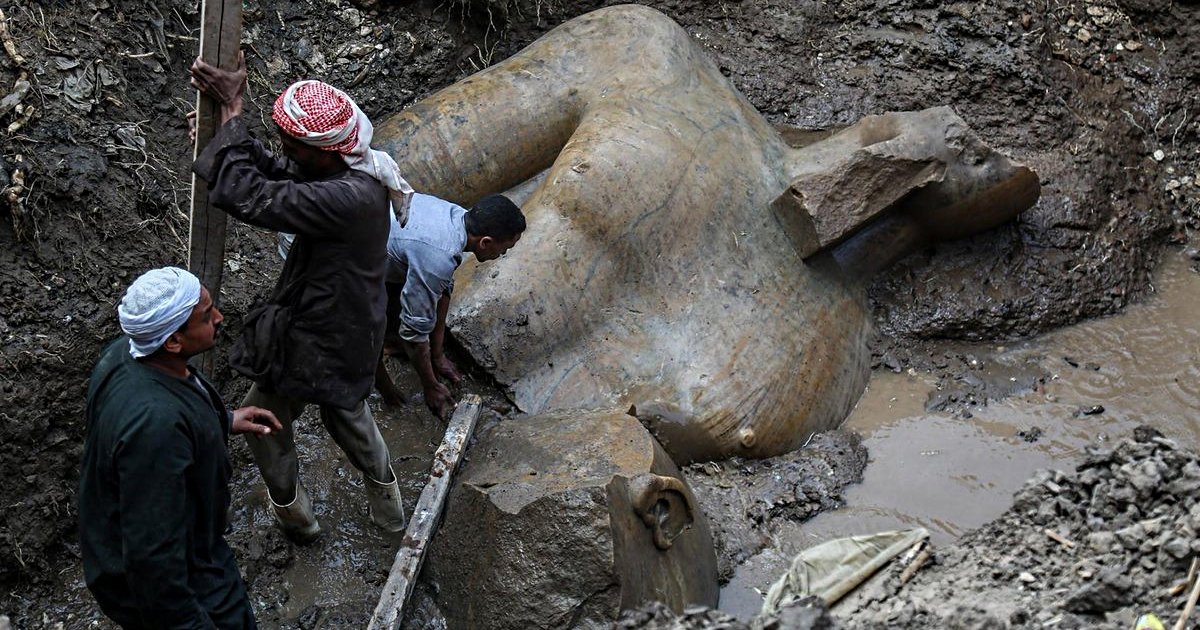 As such, the slum residents were surprised by the appearance of the colossus Ramses II statue. On the other hand, it’s quite unnerving to realize that the remains of Heliopolis and its awesome structures are just underneath your feet.

Slum residents enjoyed taking photos with parts of the statue.

The statue certainly qualifies as a impressive. Based on the proportions of the statue’s unearthed parts, archaeologists calculated its original height as around 26 feet. Of course, there are bigger Ramses II statues around. Then again, it doesn’t make the new find less important.

The statue was literally larger than life.

In fact, the Egyptian Ministry of Antiquities has described the statue as “one of its most important archaeological discoveries” ever. Likewise, scholars all over the world are excited over this new discovery. Furthermore, Egypt stands to benefit from this archeological buzz. 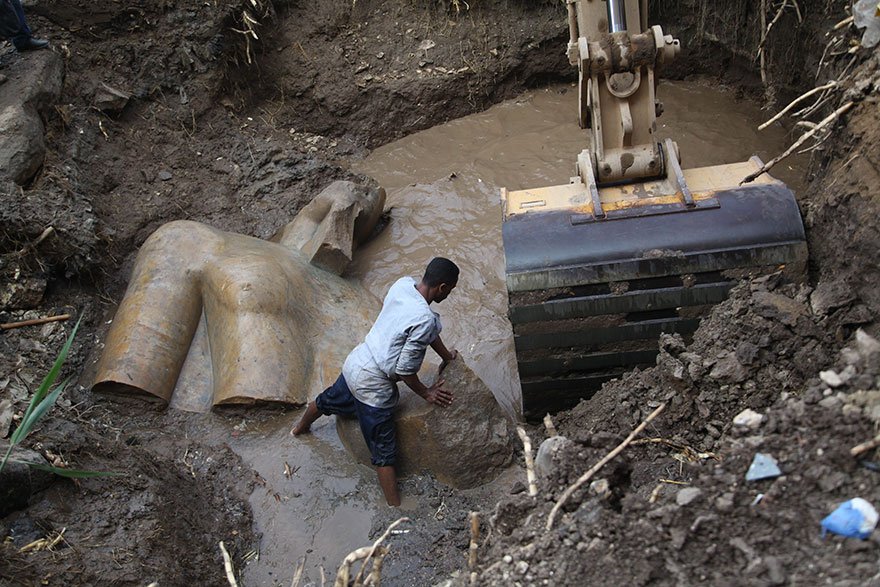 But before we go into more details about the newly discovered statue, it’s important to know who Ramses II was.

Pharaoh Ramses II ruled Egypt 3,000 years ago. As a young prince, he joined his father in his military campaigns. By the time he was in his early twenties, he led battles by himself. Due to his intelligence and skills, he ascended to the throne at around this time (around 1279 BC). He ruled for 66 years until his death (1213 BC).

Like all great rulers, Ramses II earned many monikers. He is also known as “Ozymandias,” “Ramesses the Great,” and “The Great Ancestor.” Furthermore, there are debates about whether Ramses II was the ruler who depicted as Moses’ nemesis in the Bible. However, scholars have mostly disproved this.

During his reign, Pharaoh Ramses II led the Egyptian army against several foes such as the Hittites, Syrians, Libyans, and Nubians. As such, the Egyptian military held territory all the way to what is now known as Syria.

Arguably, Ramses II was hailed as a military strategist.

Aside from being a conqueror, Ramses II is also hailed as a “Great Builder.” Under his direction, many of the existing temples in Egypt were rebuilt. Of course, he also had his people put up new structures.

Many of Pharaoh Ramses II’s structures are tagged as architectural wonders. There’s the Ramesseum, a temple complex located on the west bank of the Nile near the city of Thebes. It had a limestone Ramses II statue that was originally about 20 meters high and weighed roughly 1,000 tons. Then, there’s the Abu Simbel, a temple complex in southern Egypt whose entrance is “guarded” by four 66-foot statues of Ramses II sitting down. These are just two of Ramses II’s many building endeavors.

The new find has the same style as Ramesseum and Abu Simbel statues.

Indeed, Ramses II’s desire was to leave behind a lasting legacy. Aside from ensuring his bloodline with 200 wives and concubines and over 100 children, he made sure that his name would be inscribed in practically all the monuments in Egypt. As a result, it’s been said that practically most noteworthy discoveries from ancient Egypt has his name on it.

Moreover, the fact that Ramses II was known for having grand monuments and temples built is already an obvious clue. Therefore, it’s very likely that the giant statue discovered in Matariya is supposed to represent him. At this point, all scholars are inclined to think so.

The statue has served as an amusement for slum residents. 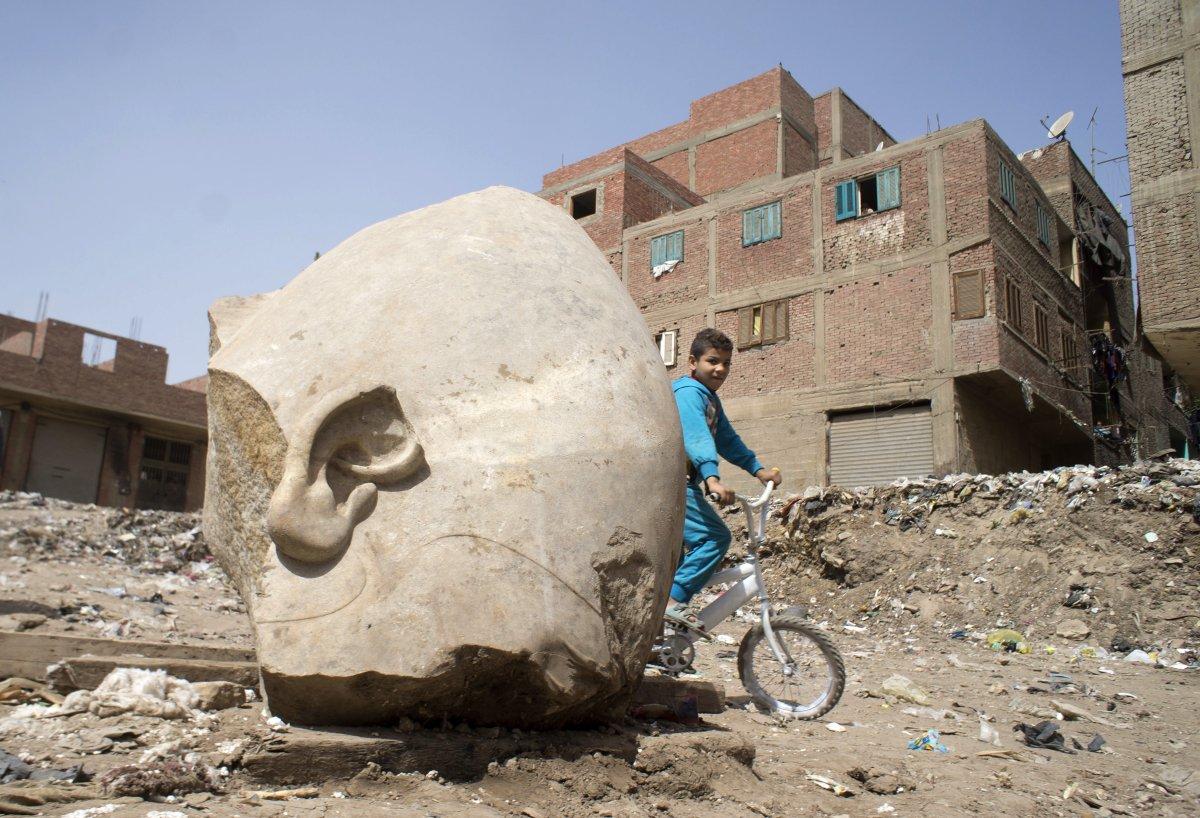 So far, the archaeological team has unearthed the statue’s head and torso.

Accordingly, Dietrich Raue of the University of Leipzig — who heads the German team of archaeologists — told CNN that he doubts if a full reconstruction of the statue’s face will be possible. However, he did say that some parts of the eyes, crown, and lips have been retrieved. 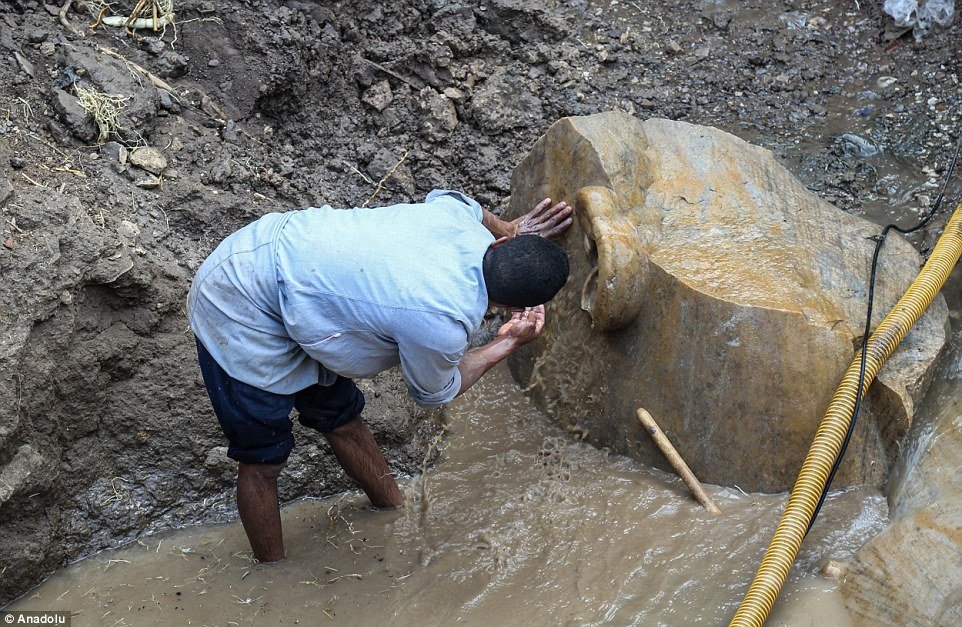 Meanwhile, the archaeologists will do their best to piece together the Ramses II statue. From here on, they will be continuing to dig in Matiriya. Eventually, the statue will be moved to the Grand Egyptian Museum in Giza. It will ultimately become a tourist attraction.

All things considered, Ramses II would have approved of the plans for his statue. More than anything else, he was a man who wanted to be remembered. Well, with all his accomplishments and monuments, it’s hard to forget him. 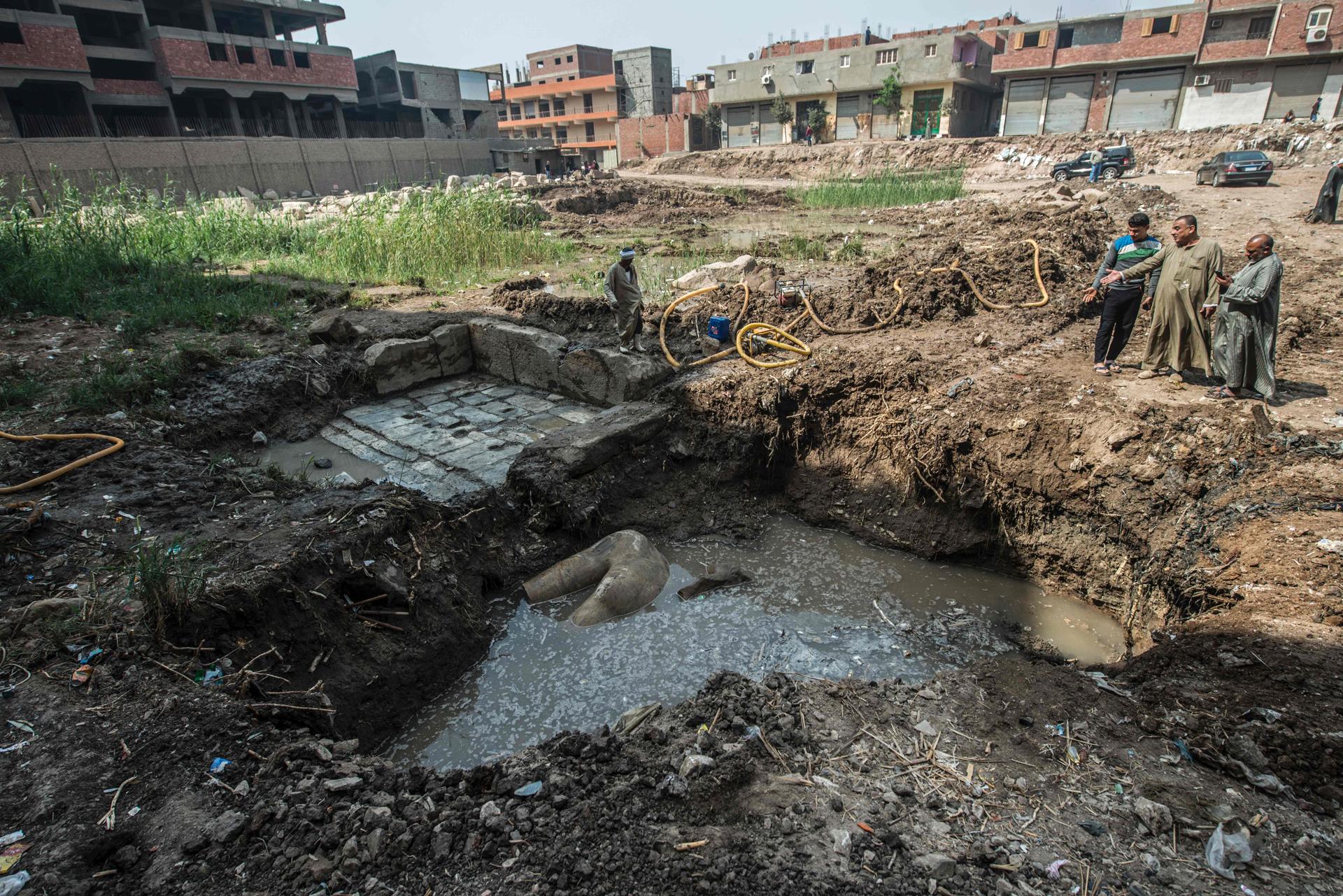 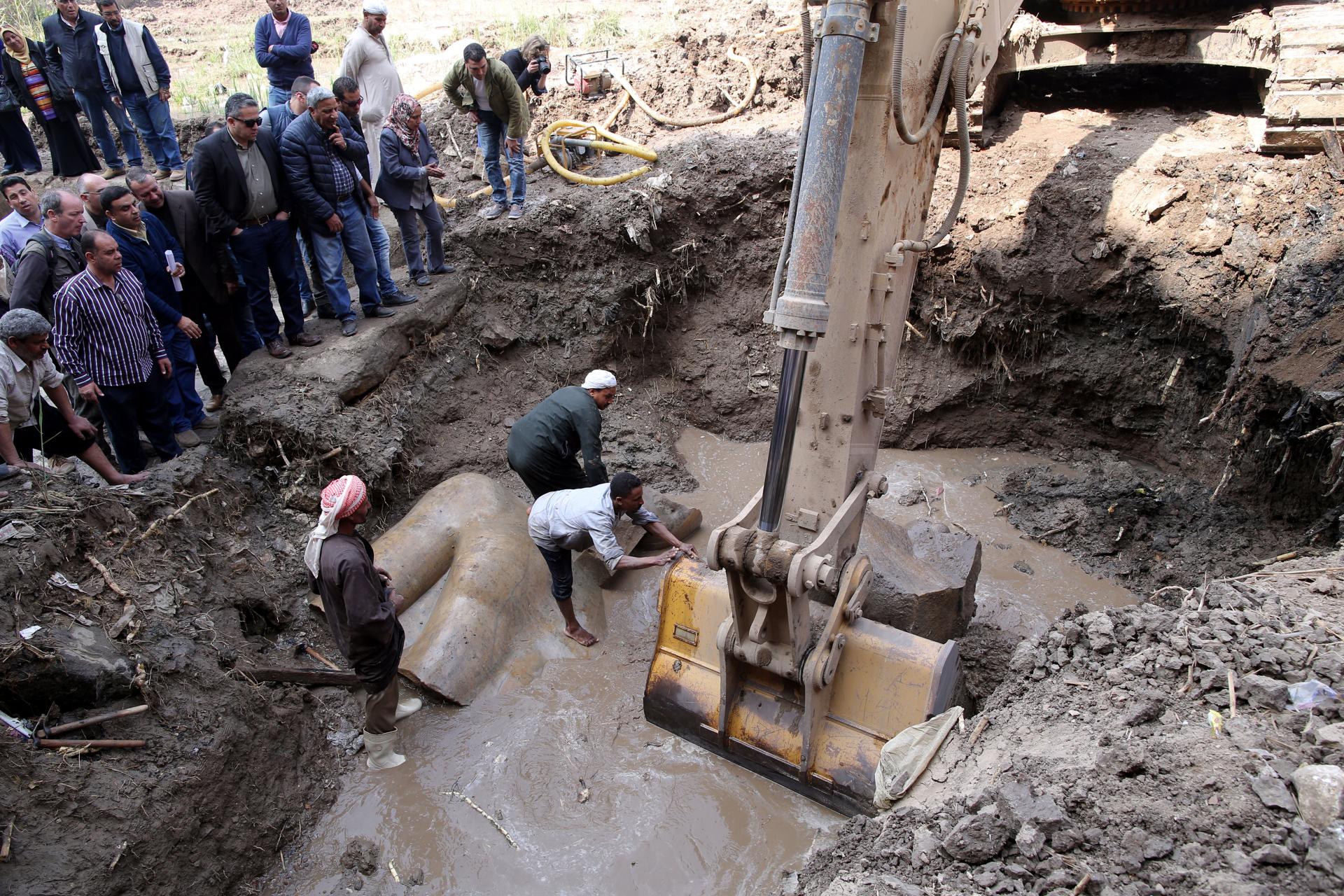 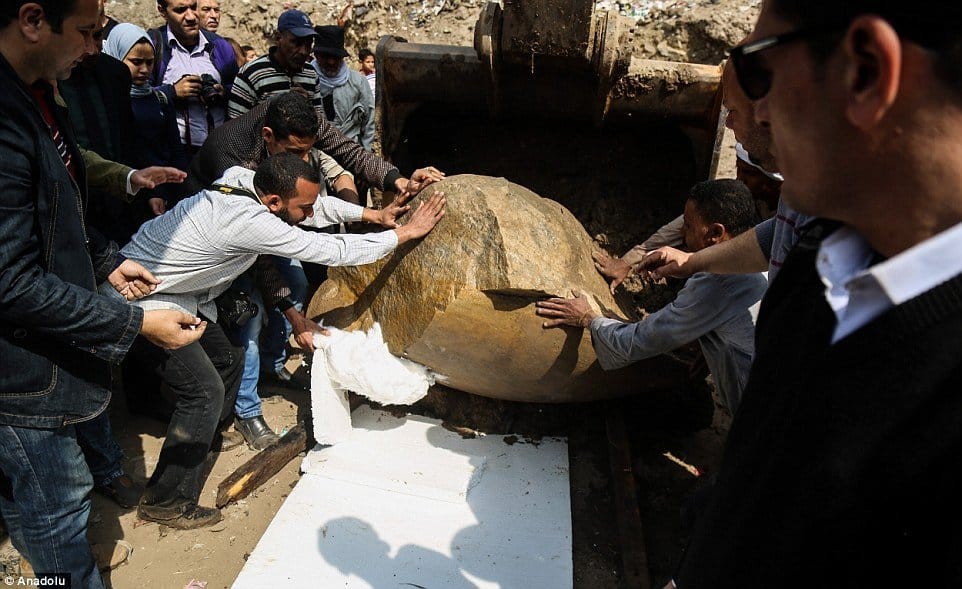 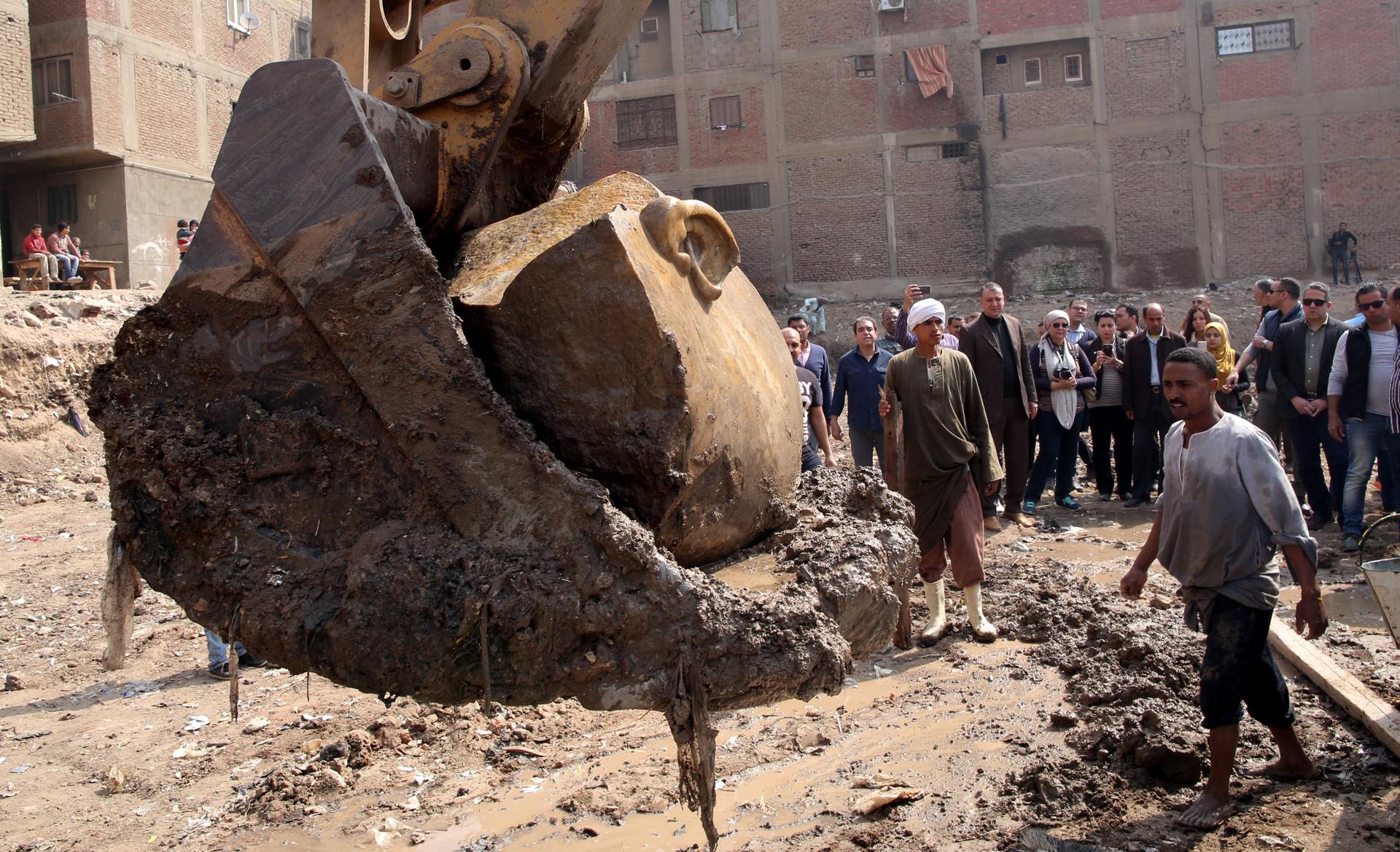 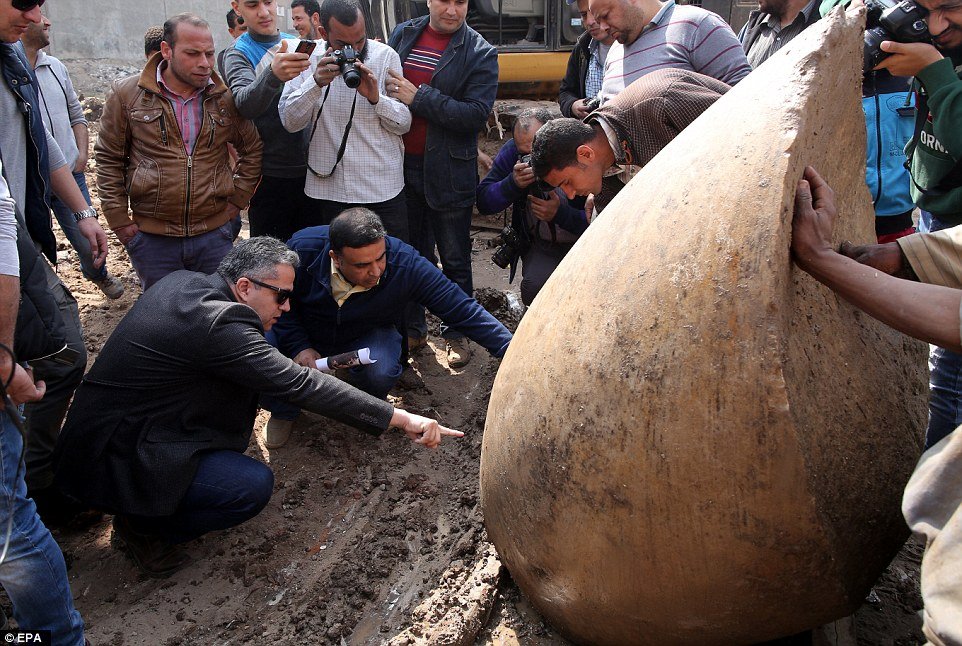 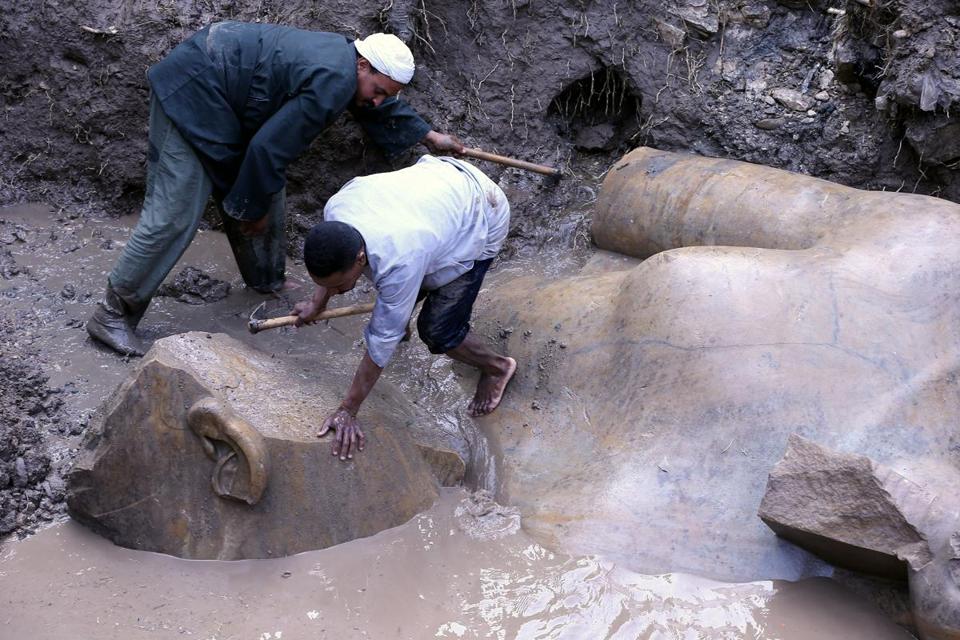 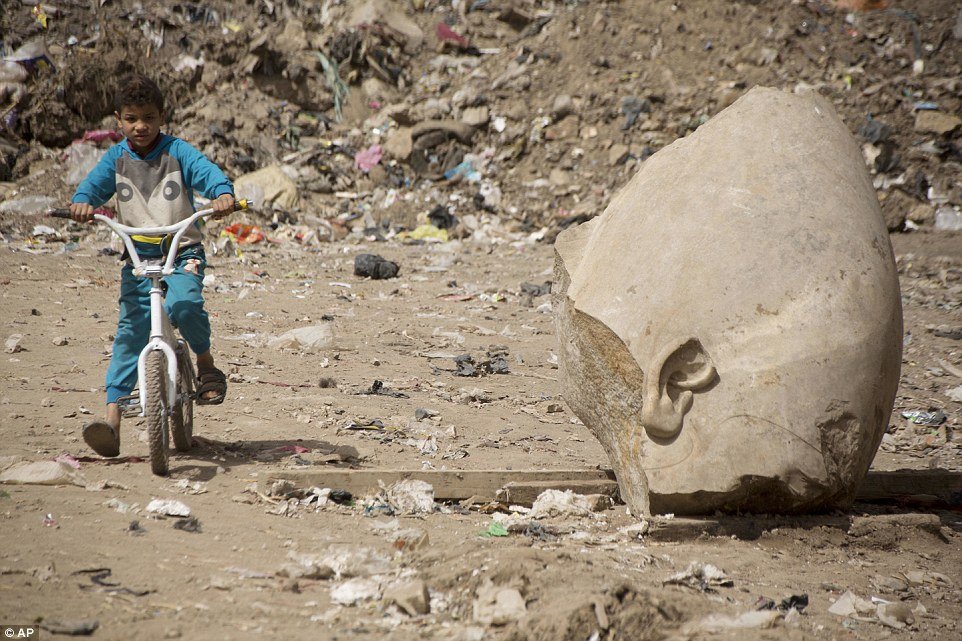 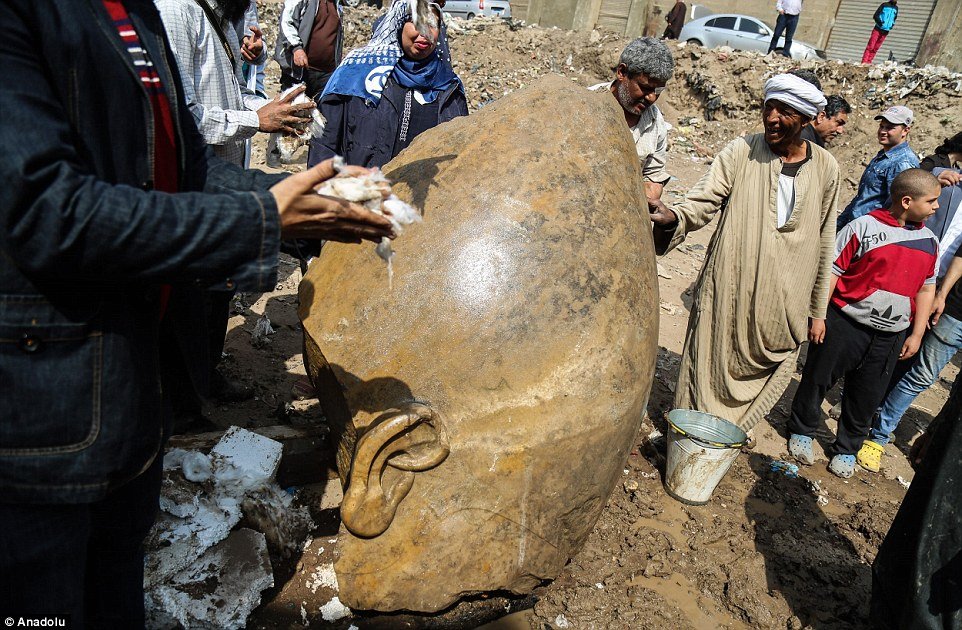 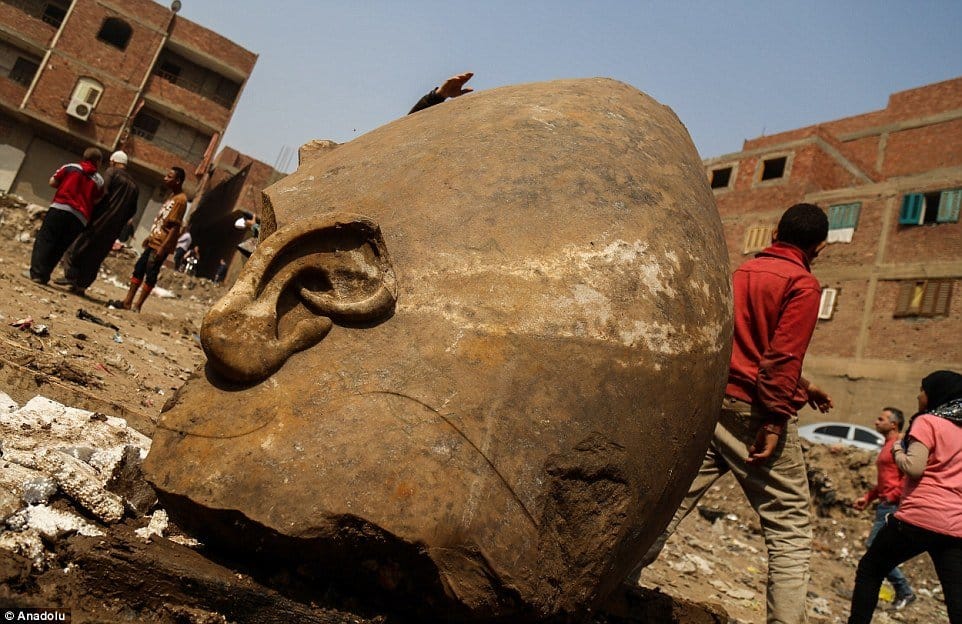