So, he’s cheated on you and what do you do? As lame as it sounds, victims of polygamous relationships are oftentimes guilty of stuffing their hips and thighs with excessive carbs and sugar, procrastinating with the chick-flick sentimental Titanic’s “I’ll never let go, Jack, I’ll never let go”, and admit it or not, still waiting for the real loser who cheated over someone with the words “I’m sorry and I want you back.”

THAT WAS THEN. Thanks to the oh-so-good spirit, women of today are best described to be as how Katy Perry would say it, WIDE AWAKE. Among the women who deserve a salute include these women who posted their rants and even exposed their cheating partners for everyone’s festivity. Mind you, cheaters out there, your partner might just serve you what you rightfully deserve!

#1. Cheating 101. Never, ever get caught off-guard. Unless you want to be the prey, then better stay vigilant with the predator. 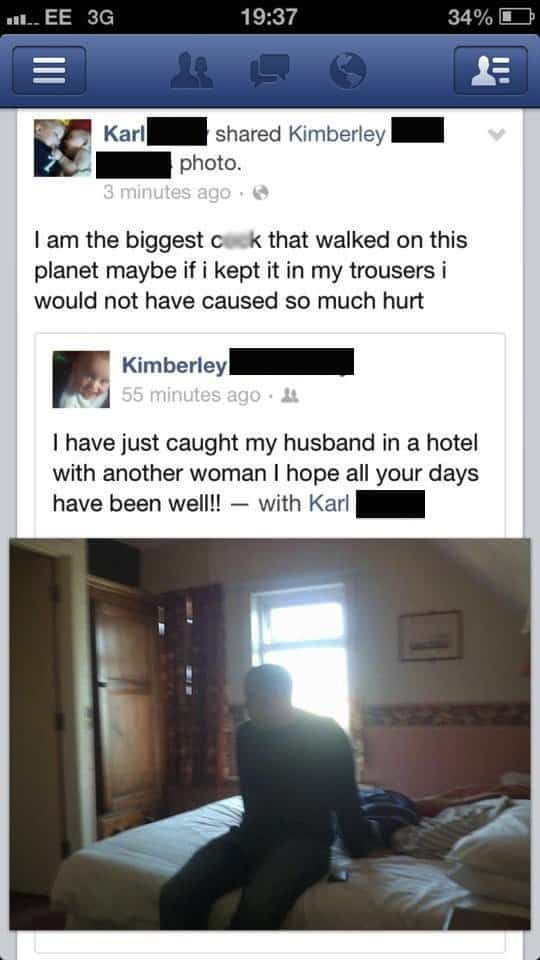 #2. I don’t know how many couples oftentimes leave their accounts open, but he sure did this by ACCIDENT. Sad to say, there’s no cure for that. 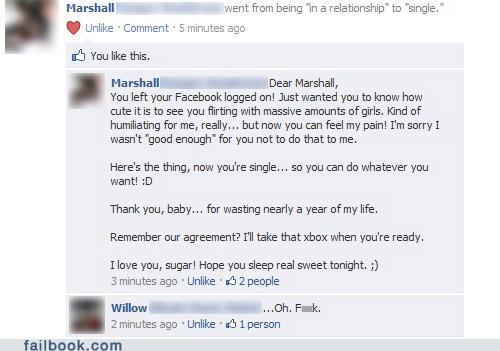 #3. Okay, Facebook allows us to post almost EVERYTHING for the world to see but do you really have to rant about your intimate activities online? Aren’t cafe’s built for those reasons? 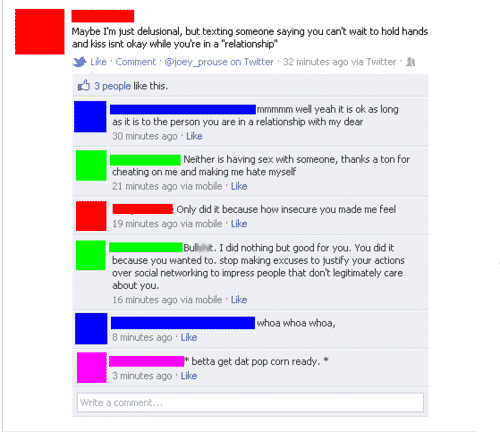 #4. So you can’t tell your partner you’ve hooked up with somebody else face to face but you can tell almost all your followers?

#5. Someday, women will be dominating the world and these losers will probably regret everything. 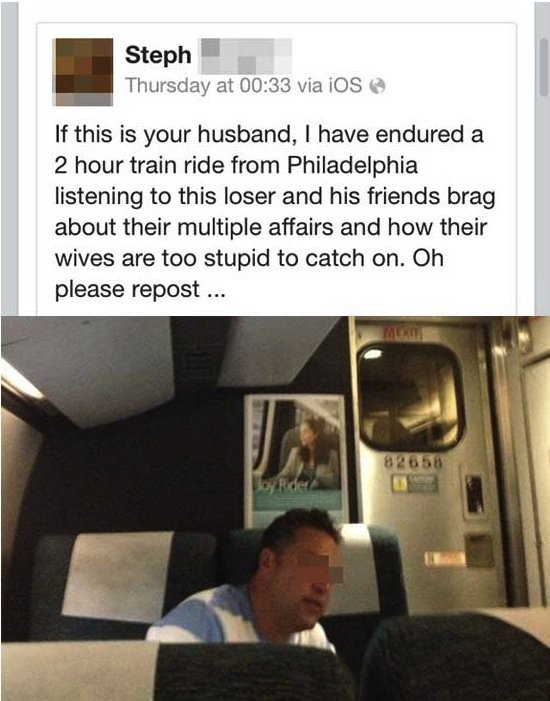 #6. Again, this is another reason why the foundation of relationships falls- lack of communication. 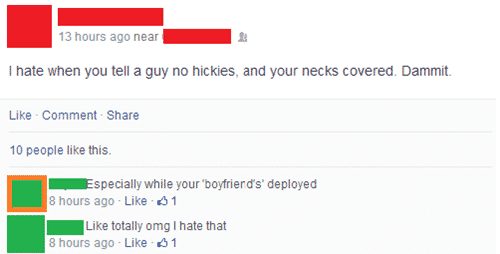 #7. If only everyone is still living in dreamland and everything becomes okay with a lollipop, then we might as well send all the gold coins to Clash of the Clans or Farmville. You can even grow a plant! Why not start with the seed of trust, eh? 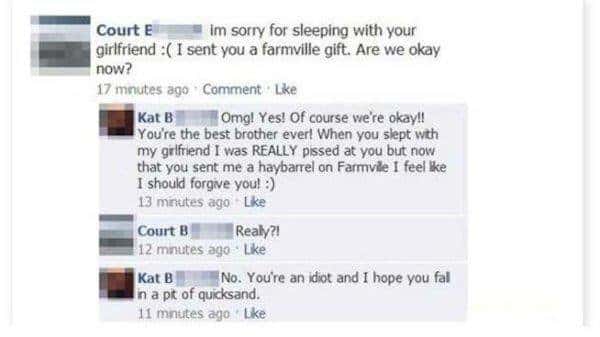 #8. If all women were just like her. My, oh my, everything will probably think that deliveries are sent from heaven. Haha! 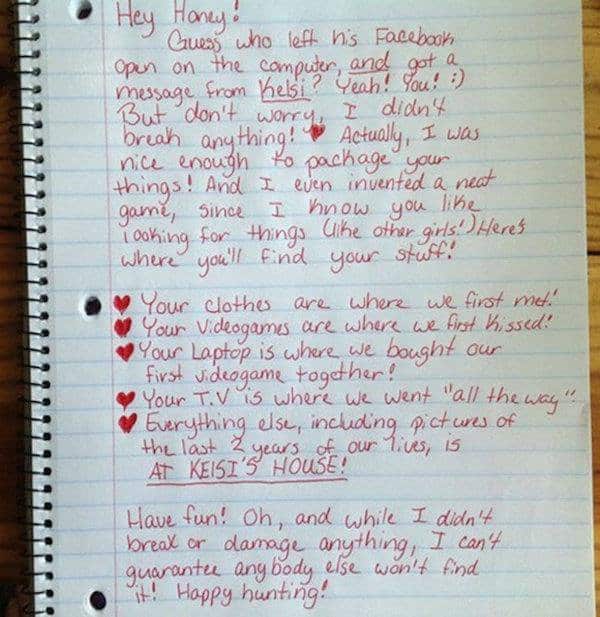 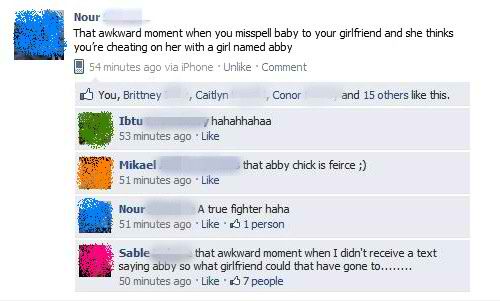 #10. This made sense, but then again it kind of makes you think, how many partners does he have?

#11. Psychologists are still researching the effects of changing status online. Guess this one won’t require one. 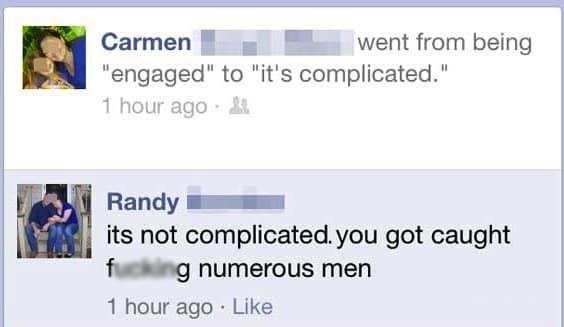 #12. Again, you just can’t publicize everything online but then again, everyone deserves a good entertainment. Haha! 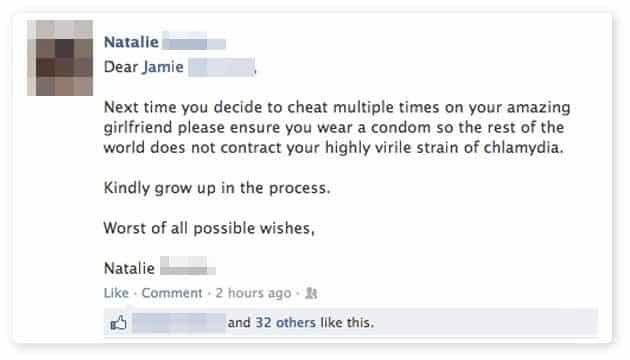 #13. Okay, so what exactly are you trying to prove here? 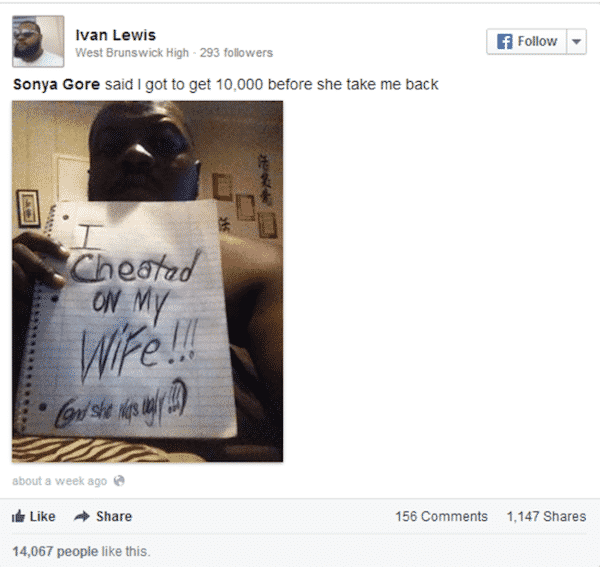 #14. If there’s one story that has made it to the charts, I’ll pick this one. Hahahaha! 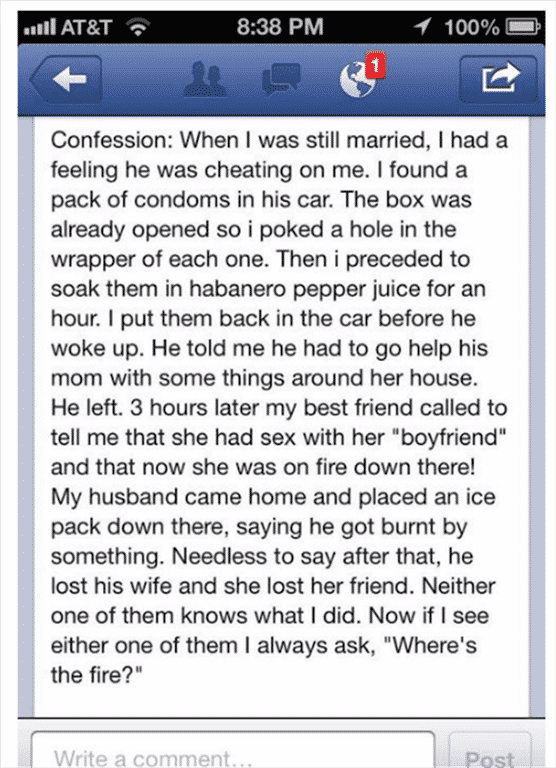 #15. I wonder why these cheaters always forget rule # 1: never get caught. 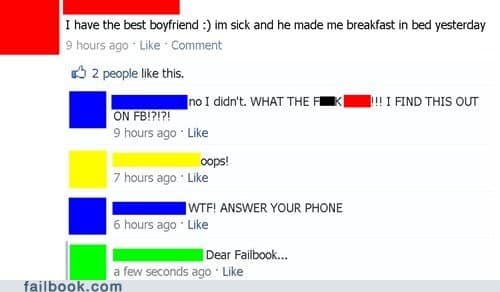 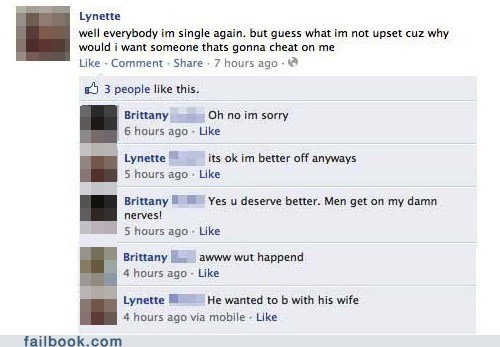 #17. This is probably the worst anniversary gift. EVER! 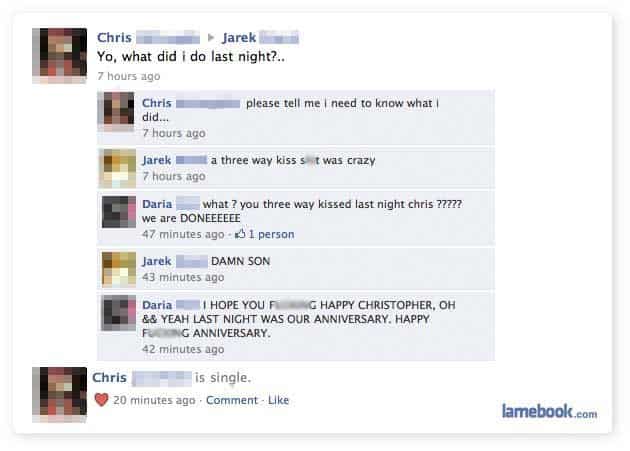