Outrage has poured over a viral video showing parents getting their baby from a public pool shower locker. It had appeared that the couple did not want to take care of the baby while they bathe in the swimming pool.

The video shows the staff member was shocked to see that the parents left their baby inside the pool locker.

The pool staff assisted the mother in opening the locker. 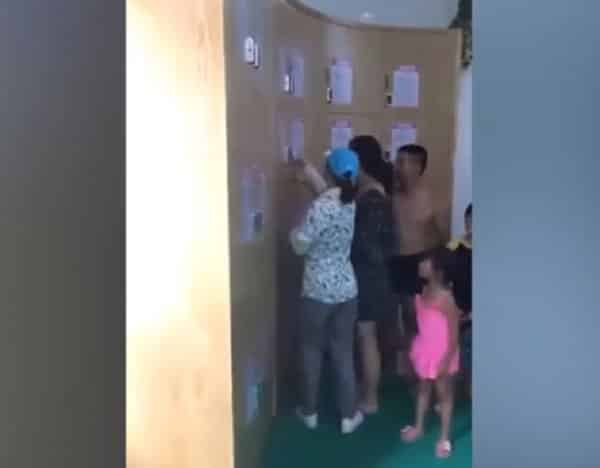 The video was first shown on the Chinese website Knews. In the said video, the baby was wailing and clearly in distress as he was pulled out of the wooden locker by his mother, who seems calm by what they had done.

The staff was shocked to see a baby being pulled out from the locker. 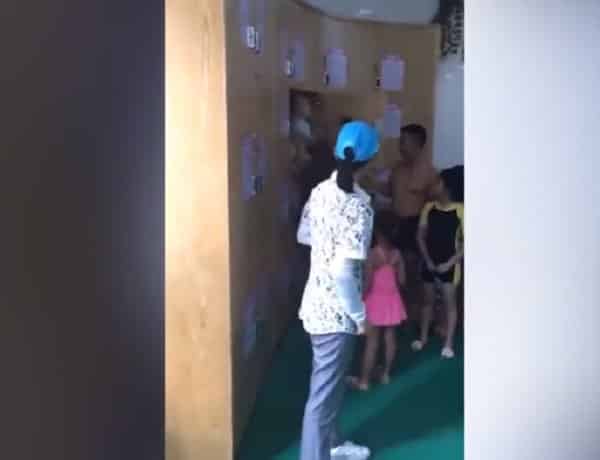 The mother and a man, assumed to be her husband, are with four other kids while they were trying to open the locker. When the mother had a difficult time opening the locker, she asked the help of the bathroom staff member. The staff opened the locker and was shocked to see a baby being pulled out.

It is still unclear how long the baby was kept in the locker. However, though the child was wailing and crying, he did not show any symptoms of suffocation, Daily Mail reports.

On Weibo, the Chinese counterpart of Twitter, many people were angered by the actions of the parents, saying they were ‘careless’ and ‘irresponsible’.

Infants are prone to suffocation even in their sleep. Babies who are less than one year old are particularly vulnerable to suffer from Sudden Infant Death Syndrome (SIDS) during their sleep.

However, other accidents in the household could also increase the risk of suffocation. The video is alarming because of the negligence of the parents.

Leaving a baby inside a confined area with little air could heighten the risk of suffocation and even death. During the summer season, on the other hand, leaving a child inside a confined space may cause heat stroke, which is also potentially-fatal.