Who doesn’t love free burgers? A dog has been sneaking out of her home to hang out at a McDonald’s drive-thru so she could get some food from clueless customers. However, her owner has finally caught her in the act and called the pooch out on the scam.

Princess is an adorable pup who belongs to Betsy Reyes of Oklahoma City, Oklahoma. Although the pooch appears to be well-fed, her owner recently discovered that Princess has been going to the nearby McDonald’s to beg for food. Reyes wrote about her dog’s ongoing con in a hilarious post.

This dog’s owner just found out that her pet has been pretending to be a stray. 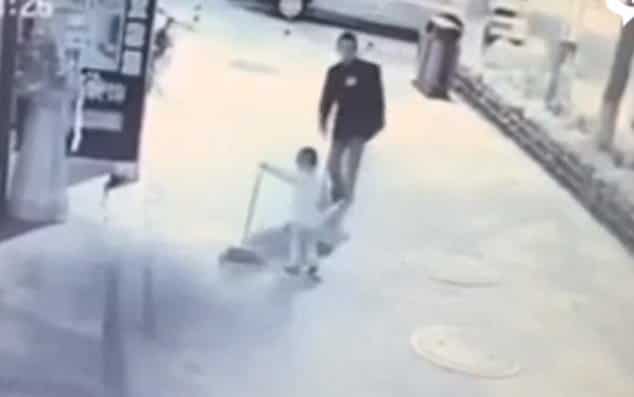 Reyes warned people who might come across Princess at the McDonald’s at Shields Boulevard, telling them to “quit feeding her fat a–.”

“She’s not even a stray dog. She’s just a gold diggin’ a– b— that be acting like she’s a stray so people will feel bad for her & feed her burgers.”

It gets even better when Princess recognizes Reyes at the drive-thru. The pooch initially approaches the car then moves away as if embarrassed that she has been caught.

Some people even thought that Princess was trying to tell her owner to go away because she was ruining the scam. Another video shows the cute pup working her magic on some customers who promptly toss her some of their food.

We can’t blame Reyes for being a little mad at Princess. However, the dog’s clever scheme has clearly been working for her. She has even perfected the sad puppy look that has convinced several people to give them their burgers. It’s amazing that her owner has been unaware of the scam for some time.

It’s a hilarious scheme that has certainly gone viral. Nevertheless, we’re hoping Princess is extra careful when she sneaks out again behind Reyes’ back.

Watch Princess work her magic on some customers below: