An opossum was found at an intersection in Riverside, California with two crossbow arrows lodged in its body. It miraculously survived despite being shot in the head and torso last Friday. The marsupial looked terrified and hurt even when it was found trying to remove the crossbows from its body.

The Riverside County Department of Animal Services said that the crossbows struck the side of the body of the opossum and just above his right eye. A caller found the marsupial and immediately reported it to officials. The department did not delay and went straight to the location of the animal.

This opossum got shot with two crossbows. 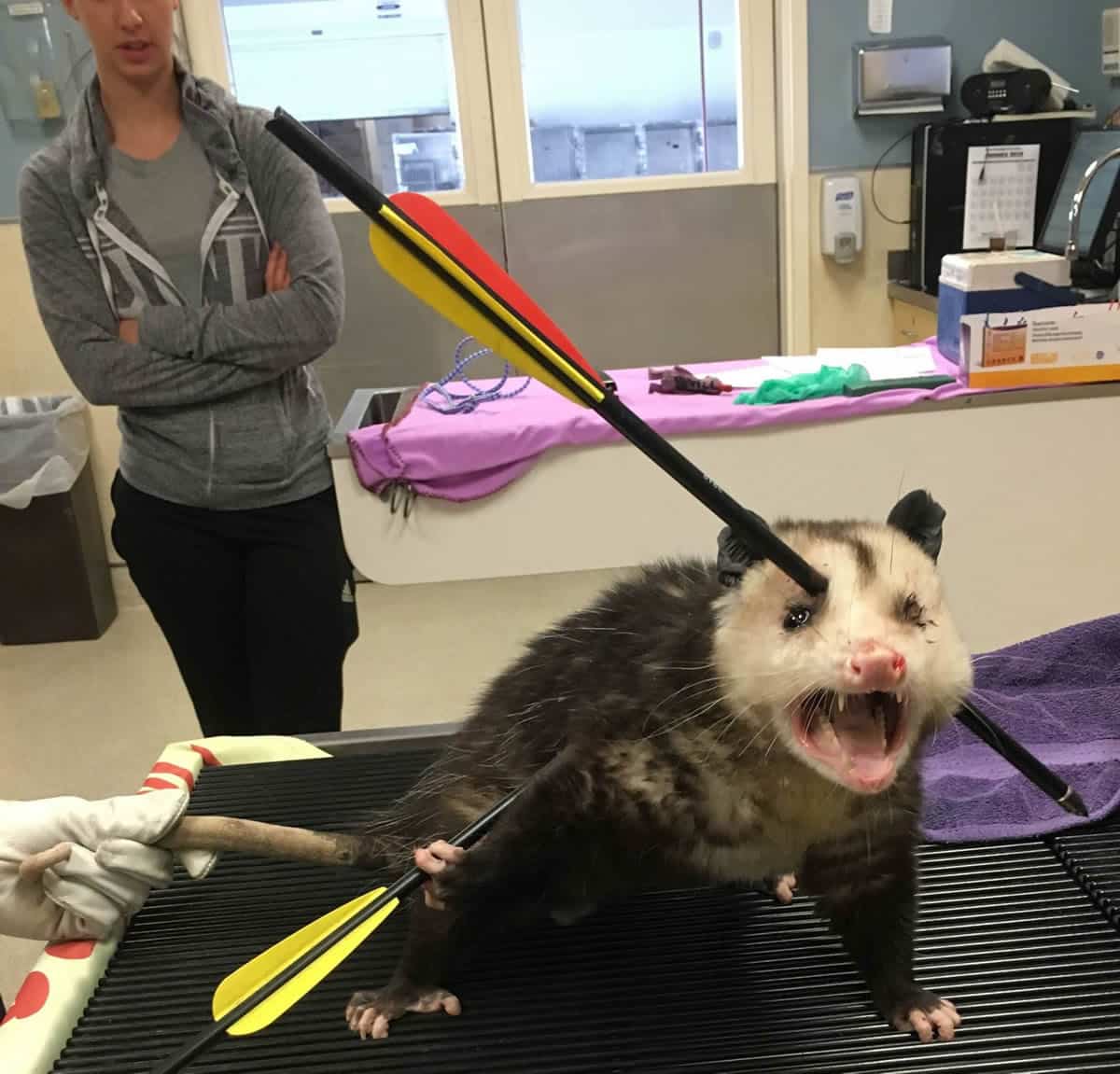 According to Sgt. Cynthia Lee of the Animal Services, “The animal was very alert and you could tell it was trying to remove the arrows itself. The opossum was grabbing the arrow on its side,” she stated at a news release.

The animal was found trying to remove the crossbows from its body. 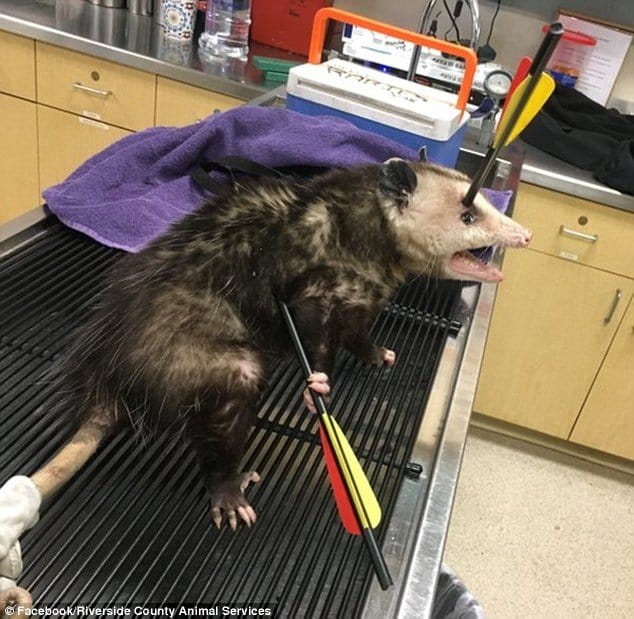 The opossum was taken to the county’s Western Riverside County Animal Shelter located in Jurupa Valley where the marsupial underwent surgery right away. Luckily, the marsupial was strong enough to survive the surgery. The veterinary staff was able to successfully remove the crossbow arrows from the body of the opossum. The animal is now recovering under the watchful eye of the animal shelter. 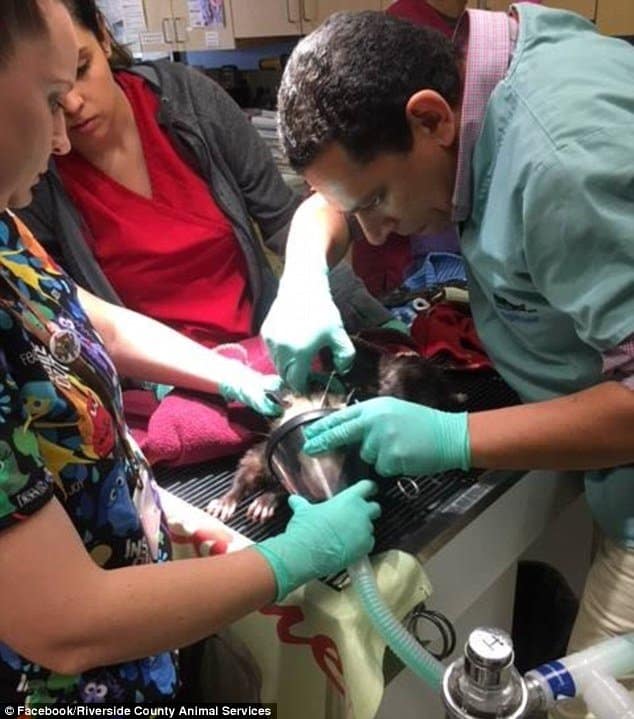 Officials of the animal shelter later on released photos of the opossum before and after the surgery. People are outraged at what they say, saying the act was utterly despicable and terrible. Animal Services Director Robert Miller issued this statement on the incident, “No animal, whether it’s a domesticated dog or cat, or a part of our wildlife, deserves to be treated in such a cruel manner.”

The department of animal services have since started to investigate on the incident of animal cruelty. As of this writing, the marsupial is recovering quite well and the animal center is also ensuring that the opossum gets better from shock, too.