Since 1907, when plastic was first invented, plastic waste has been continuously accumulating on the planet’s landfills and other waste disposal sites. Now more than a century after its invention, the world stands vis-a-vis with one of the biggest problems that man has ever created – plastic waste pollution.

Say hello to “Ooho!” – an innovation that will revolutionize the way we drink water. It looks like a wobbly globe of fluid that resembles that of a breast implant. It is made of two layers of gelatinous membrane that consist of sodium alginate, obtained from brown algae, and calcium chloride. Meanwhile, the jelly-like consistency is achieved through a process called gelification – a cooking technique that involves adding an edible gelling agent to liquids.

With Ooho, the need for plastic bottles is completely eliminated. 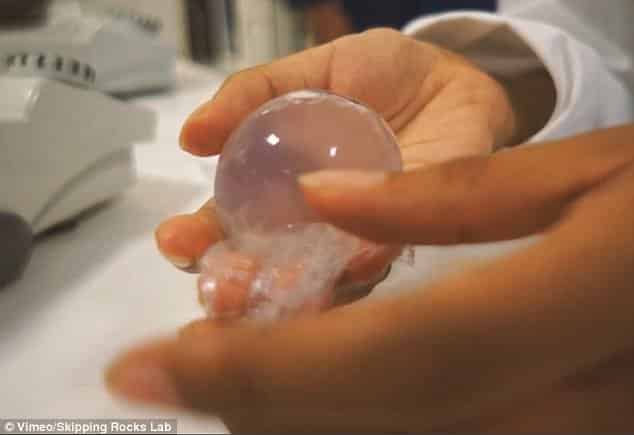 This edible blob can revolutionize the way we drink water. 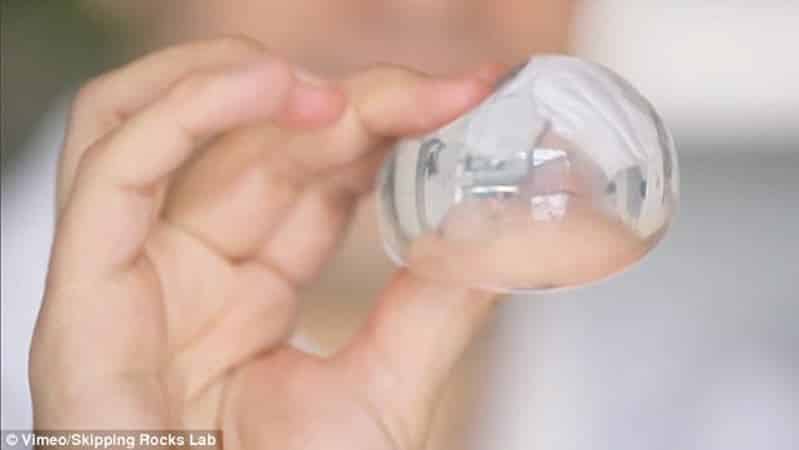 Each water globule contains 250ml of water and costs around 2 cents each to make. Its final retail price is yet to be decided.

The Ooho! was invented three years ago by three London-based engineers, and are now raising funds so they can bring the product to consumers.

“Ooho! is a sustainable packaging alternative to plastic bottles and cups, made from a seaweed extract.”

“It is entirely biodegradable and so natural you can actually eat it.”

“Ooho sachets are flexible packets of water, drunk by tearing a hole and pouring into your mouth, or consumed whole.”

“Our packaging is cheaper than plastic and can encapsulate any beverage including water, soft drinks, spirits, and even cosmetics.”

Flavors can even be added to it! 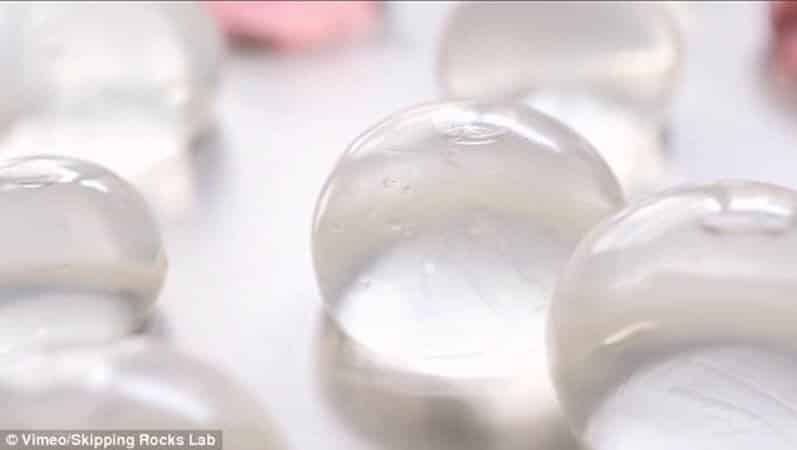 Ooho is targeted to hit the market within a year. 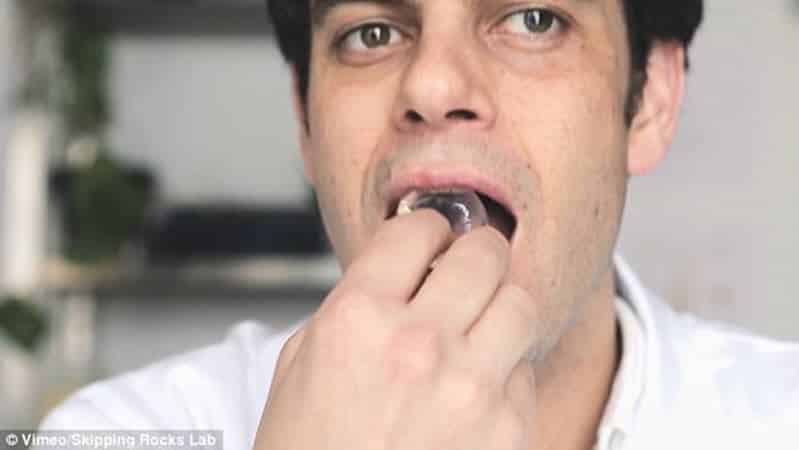 This product would come pretty handy during marathons and any similar sports activities. We’re looking forward to trying it!