Two nuns from a Catholic school in Southern California has reportedly stolen a “substantial amount” of money for vacations and gambling trips in Las Vegas. Michael Meyers, monsignor of the St. James Catholic School, addressed the controversy in a recent letter to parishioners.

According to Meyers, internal investigations have confirmed that Sister Mary Margaret Kreuper and Sister Lana Chang have used school funds. Kreuper worked for 28 years in the school and was serving as principal at the time of her retirement. Chang was an eight grade teacher and has been there for the past 20 years. Both have retired earlier this year. 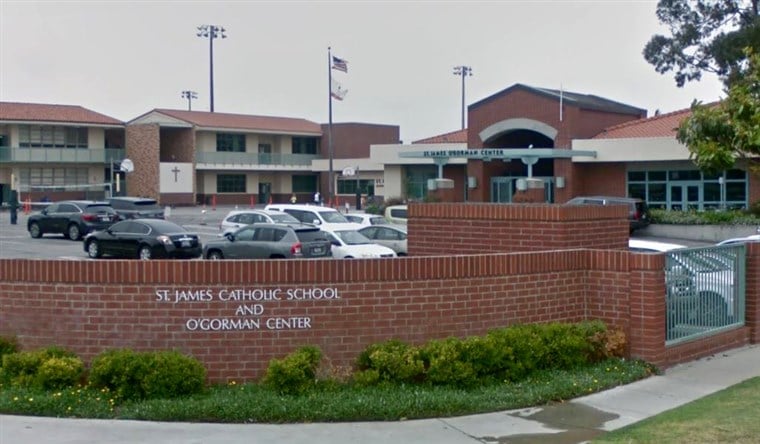 In a CNN report, Adrian Alarcon, director of media relations for Los Angeles Archdiocese, shared that the crime was discovered during a routine audit upon Kreuper’s retirement. He said they noticed “several red flags” of “checks being cashed into different accounts.”

So far, the church is saying they will “address the situation internally through the investigation, restitution and sanctions on the sisters.”

Meyers further mentioned in his letter:

“Sister Mary Margaret and Sister Lana have expressed to me and asked that I convey to you, the deep remorse they each feel for their actions and ask for your forgiveness and prayer.

“They and their Order pray that you have not lost trust or faith in the educators and administrators of the school.” 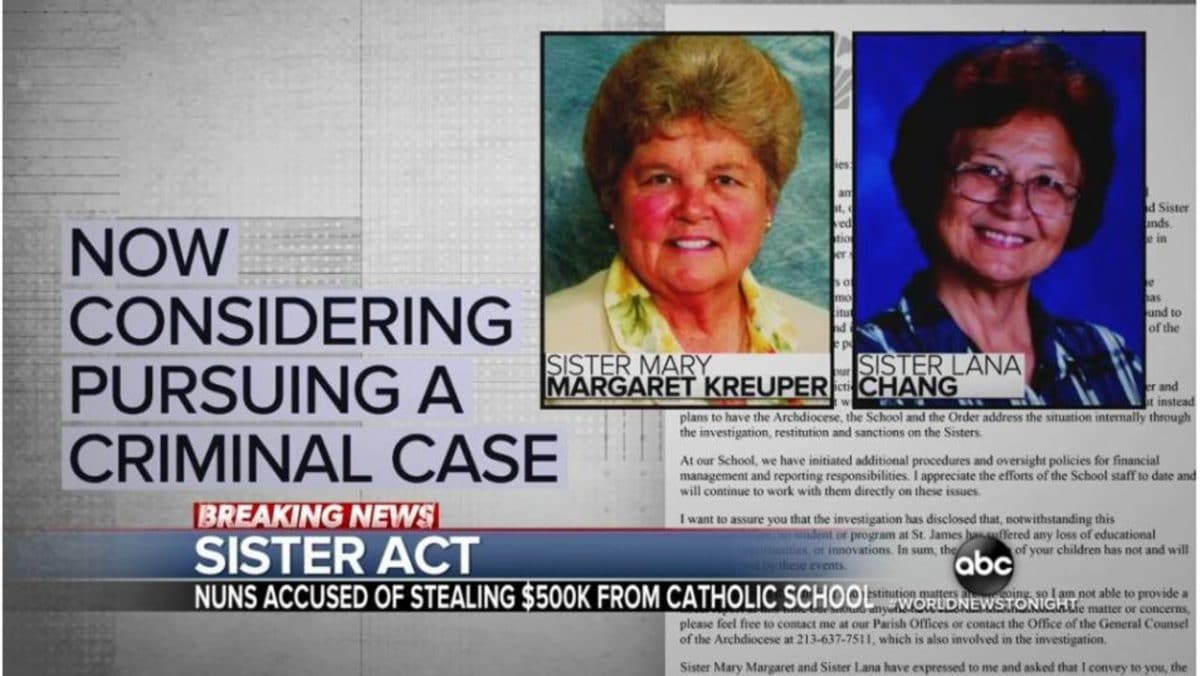 The sisters’ order, the Sisters of St. Joseph of Carondelet, has promised to “arrange for full restitution for the benefit of the School of the funds that are found to have been misappropriated.”

“I want to assure you that the investigation has disclosed that, notwithstanding this misappropriation, no student or program at St. James has suffered any loss of educational resources, opportunities, or innovations. In sum, the education of your children has not and will not be affected by these events.

“At our School, we have initiated additional procedures and oversight policies for financial management and reporting responsibilities. I appreciate the efforts of the School staff to date and will continue to work with them directly on these issues.”

Meanwhile, netizens have expressed outrage and ridicule over the two nuns’ illegal acts.

“I ain’t praying for them, that’s nun of my business.”

“What’s the point of having unlimited forgiveness and access to immediate confession if you don’t use it?”

“I want to know why a Catholic School had 500K in liquid assets. Dear lord…”