Talk about going out in style. A Nigerian man has decided to honor his dead father by burying him in a brand new BMW instead of a traditional coffin. Not surprisingly, the extravagant move did not go over well with netizens.

Azubuike of Ihiala in Nigeria reportedly splashed out on his late father’s funeral but decided against a traditional coffin. The son, after a lifelong promise to buy him a nice ride, allegedly purchased a brand new luxury car worth $,66,000, had the corpse placed inside and buried the BMW. Although the pricey stunt may have been a tribute to Azubuike’s father, people around the world were not impressed.

The silver BMW reportedly costs 32 million Naira, a staggering amount that netizens argue should have been used to feed thousands of Nigerians. 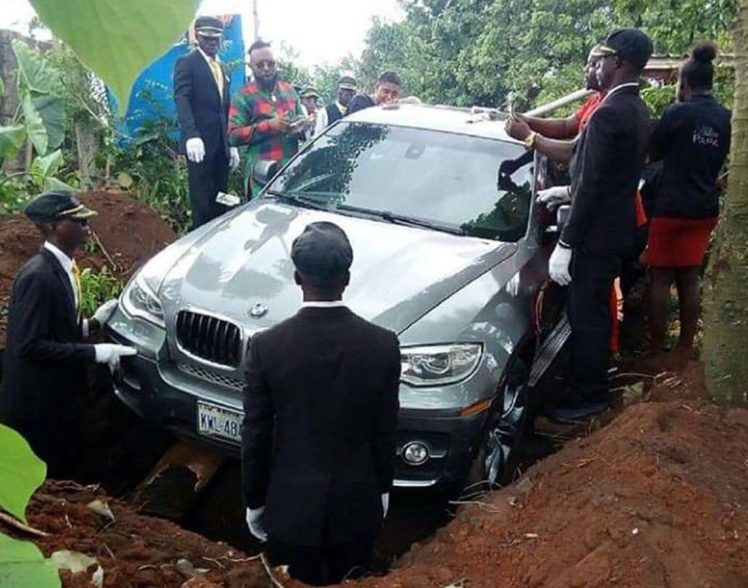 The burial image of suit-clad men lowering the car into a huge grave in front of mourners in the remote village of Ihaiala, Nigeria was posted by Zevi Gins on Facebook and immediately earned the ire of Nigerians. People commented on how Azubuike should have used the money for the car to help the townsfolk in Mbosi.

‘This is the sort of thing that keeps us poor as black people’.

Others lamented that the grave might be desecrated by robbers who want to use the BMW for scraps. In addition to that, a few netizens have questioned whether the pricey funeral actually happened.

One Facebook comment pointed out that it was impossible to lower the BMW into the ground by hand.

“How was the car lowered into the grave because i can’t see any crane or fork lift around?” he asked.

The BMW X6 is a luxury crossover utility vehicle that is favored by several celebrities. 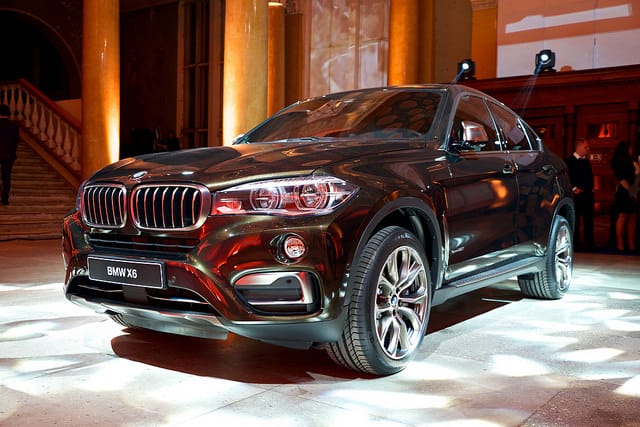 There is certainly a lack of information in the news. After all, there have been no other pictures from the alleged funeral and news outlets cannot find Azubuike to confirm the details. It is unclear if the image has been photo-shopped as well.

There are speculations that the picture was actually taken from the set of a film that is being shot in Nigeria. Nevertheless, people are still outraged by the extravagance of burying a BMW for a movie or as a tribute to a dead father.