Singer-rapper Nicki Minaj first rose to popularity with her hit singles “Super Bass” and “Starships” and she’s been a staple in the music industry since. Little did people know that aside from being musically talented, the award-winning artist has also been blessed with a good heart.

Recently on Twitter, Nicki offered to pay international airfare “for contest winners (who would get to spend time with her at the Billboard music awards in Las Vegas),” a Bored Panda feature tells us.

One fan, however, came out of nowhere and asked “Well you wanna pay for my tuition?”

Nicki Minaj recently surprised fans with a contest on Twitter – show your straight A grades and she’ll pay off your college fees! 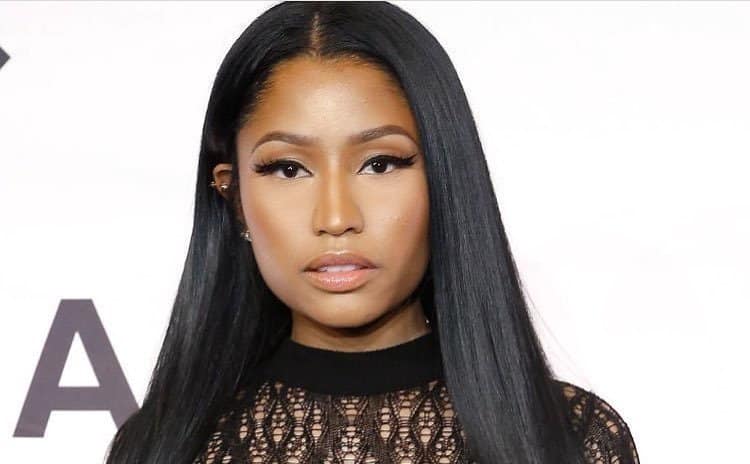 Much to everyone’s surprise, Nicki not only replied ‘yes’ but even invited other needy fans to tweet their straight A grades and school confirmation so she can pay for their college tuition, student loans, and other school-related fees.

Nicki ended up helping 30 current and former students with the promise of responding to more requests in one or two months time.

Suffice it to say that we’re just totally blown away by this girl’s generosity.

Check out the Twitter exchanges between Nicki and her lucky fans below:

Nicki Minaj surprised fans on Twitter with this one-of-a-kind offer. 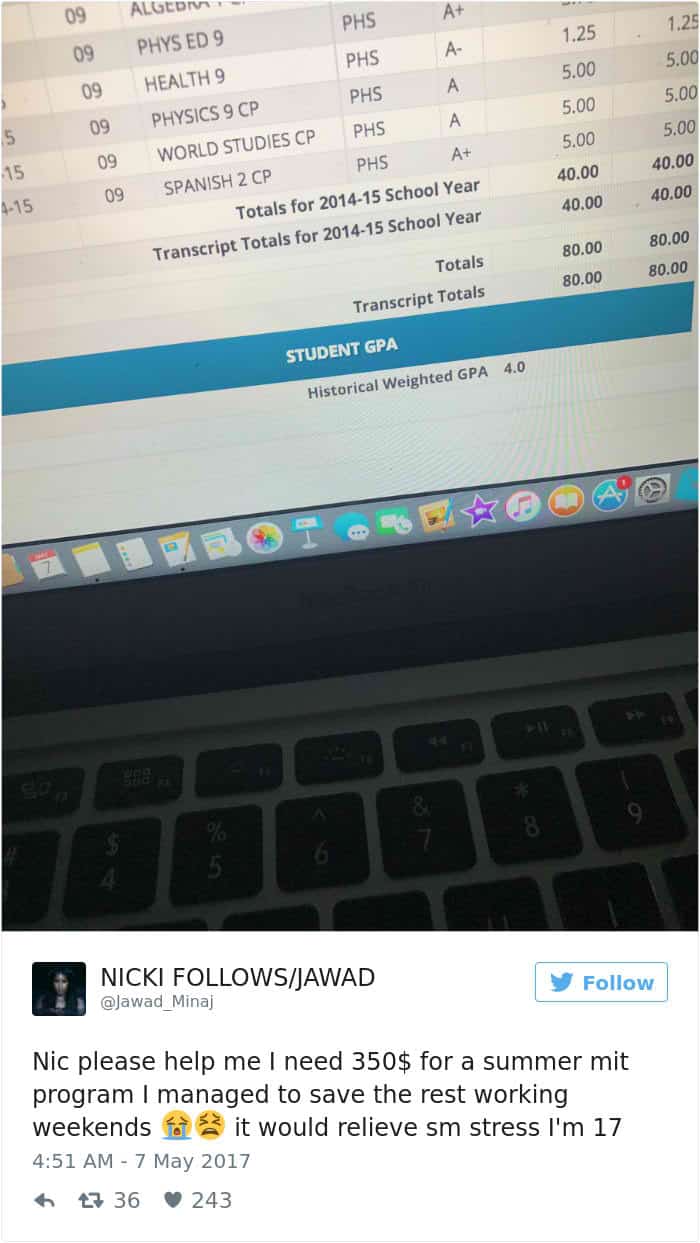 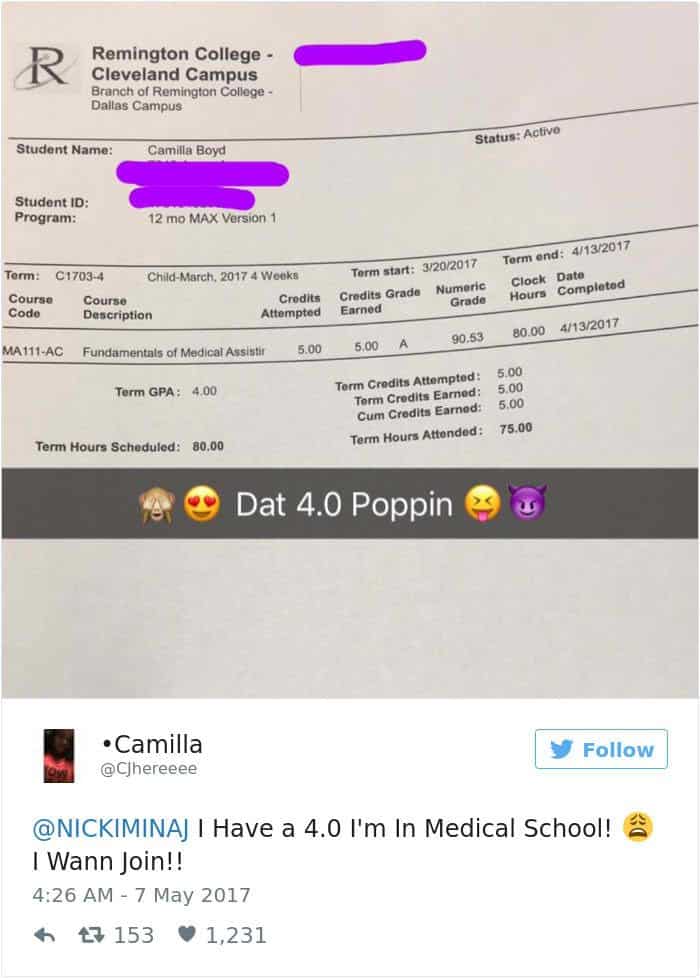 Another was a newbie in college and needed help paying for the next three years. 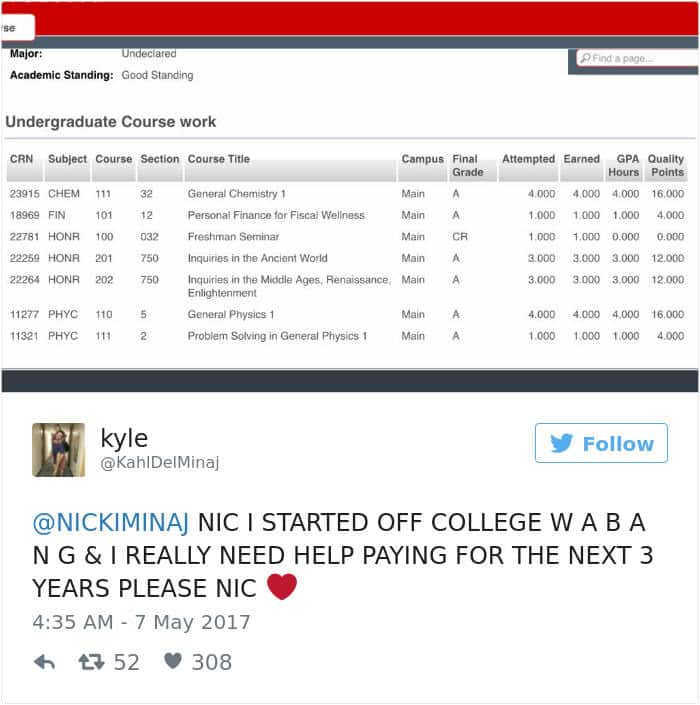 $500 tuition left now covered, thanks to the ‘Super Bass’ star.