A bizarre creature resembling a whale washed up on a beach following the 2011 tsunami in Japan has left online viewers scratching their heads.

In a 30-second video captured by a survivor, different angles of the strange motionless creature were shown yet it is difficult to determine exactly what it is.

The huge white whale-like shaped object or creature was washed up among debris left behind after the killer flood.

The mysterious creature appears to have been washed up in the aftermath of the 2011 tsunami in Japan. 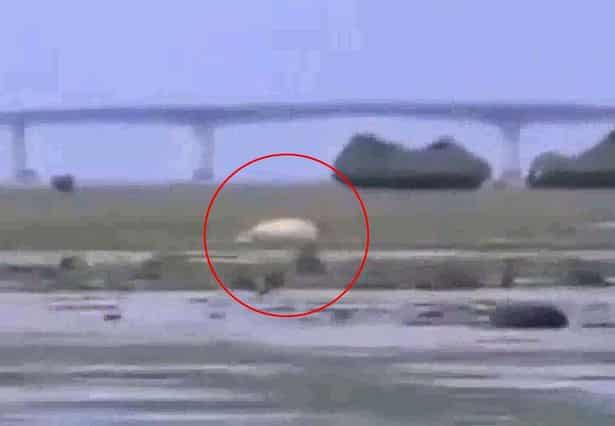 The huge white creature resembling a whale lies motionless on the sand. 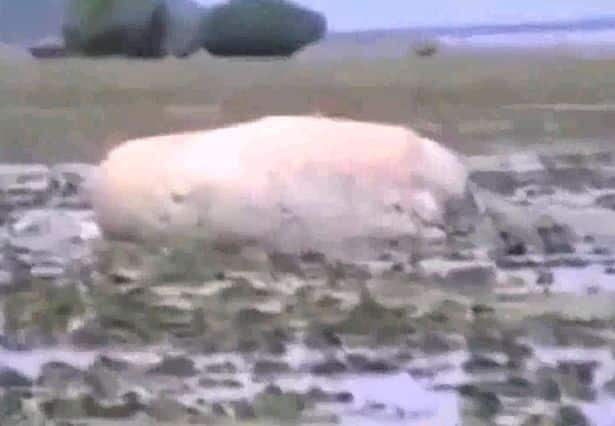 While some believe that the creature is a whale or a squid, others think it is a species yet to be identified. 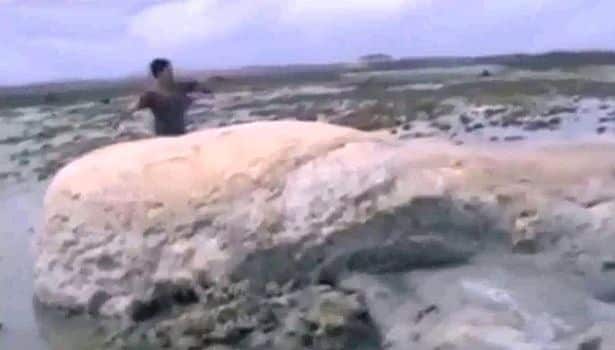 On closer inspection, the object resembles a large rock or boulder. 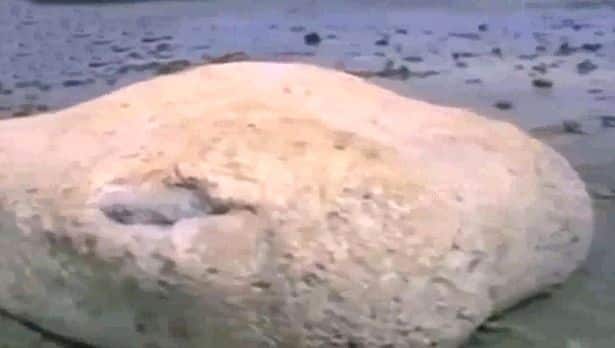 It is not the first time that a footage of an ambiguous object being washed up after the natural disaster appeared online.