India had its second-ever ‘mermaid’ baby born with both the legs fused together. Sadly, the baby died just four hours after birth.

The doctors were not able to identify the sex of the baby because of fused legs and an underdeveloped pelvis. 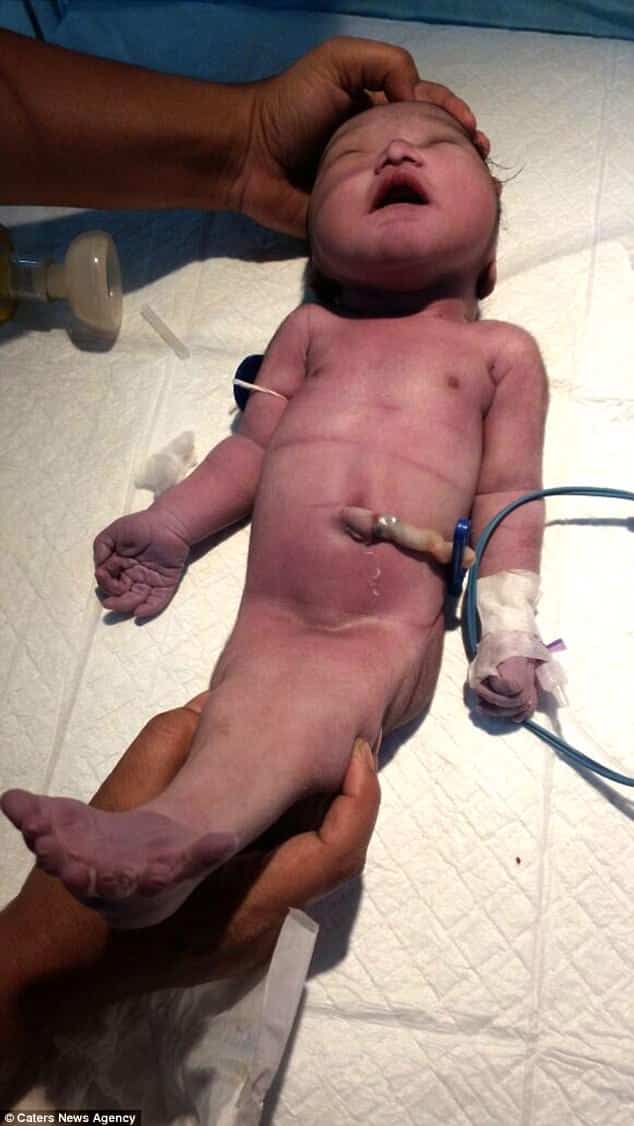 The case is the world’s fifth case of a condition called Mermaid syndrome or Sirenomelia, a genetic condition that affects only one in every 60,000 to 100,000 births.

During Bibi’s pregnancy, she could not afford to have prenatal checkups and scans. Due to this, she has no idea that her baby had a genetic deformity. In fact, she only learned about the baby’s condition when she gave birth.

“I had never seen such a baby before. It is the first case of Sirenomelia in the state and second in the country. The baby had a normal formation in upper part of the body but below the waist, its legs were fused together. The lower part was not developed completely.”

Mermaid syndrome or Sirenomelia is an extremely rare genetic condition wherein the baby is born with anomalies in the lower limbs and lower part of the spine.

The infants born with the condition may have partial or complete leg fusion.

However, it would be dangerous for the baby to have this condition since aside from the fusion of the legs, the baby may have abnormalities in the gastrointestinal system, lumbosacral area, and genitourinary tract.

The condition is potentially-fatal because there are accompanying conditions such as spina bifida, an imperforate anus and heart problems.

“The parents are a labor couple and had not sought proper medication during pregnancy due to lack of money. Lack of proper nutrition and improper blood circulation to the baby from the mother can create this kind of abnormality in the fetus. Unfortunately, such babies do not survive.”