There are certain places around the world that you should add to your travel destinations but at the same time you should try to avoid them as much as possible. I know it doesn’t make sense. It’s pretty simple. These particular destinations are definitely interesting but they are also the most dangerous places on Earth. Even if the authorities already warned people about the impending dangers, it didn’t stop adventurers to risks their lives just to visit these places. 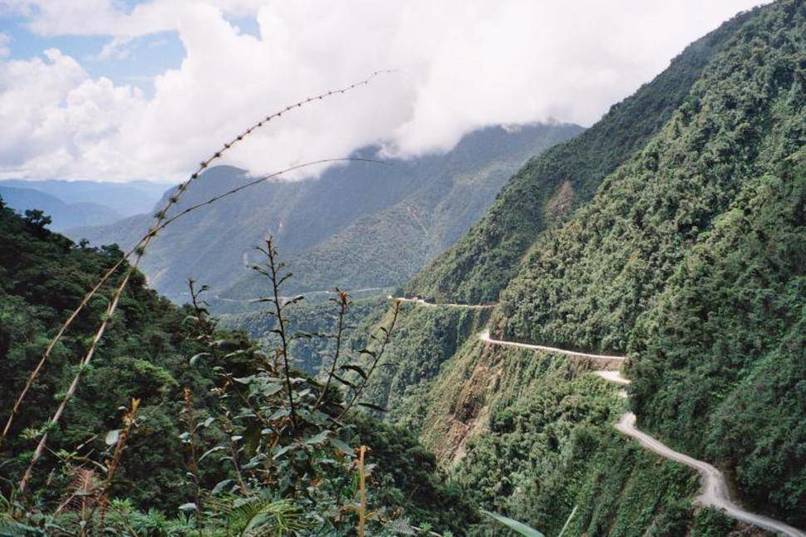 This famous road in Bolivia is notoriously called “The Road of Death”, that’s because it already claimed hundreds, if not thousands, of lives. This world renowned dangerous route was carved from the side of the Cordillera Oriental Mountain chain in the 1930s. Many portions of the road are unpaved and lack guardrails, not to mention it is poorly maintained which leads to numerous fatal accidents every year. Despite the bad reputation, this road is a popular playground for cyclists and adventurers who considers the treacherous journey as an extreme-sport challenge. 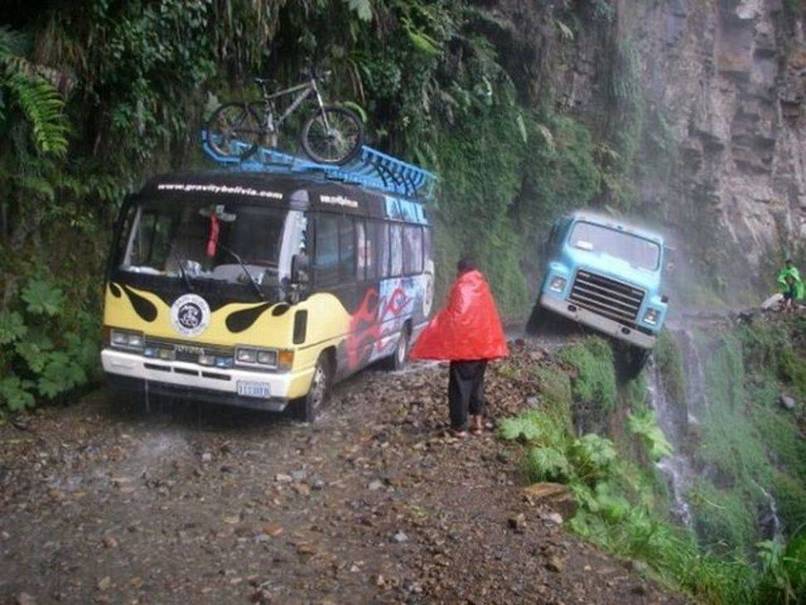 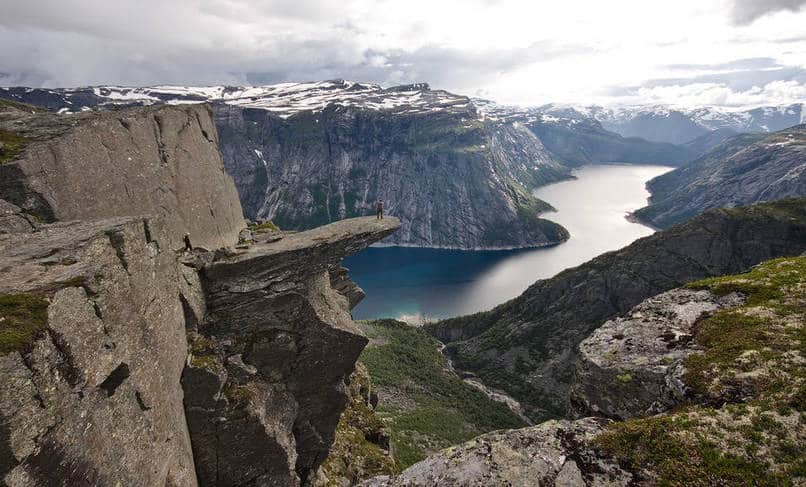 Trolltunga, which literally means “Troll Tongue”, is one of Norway’s most population overlooking spots. It was probably formed millions of years ago by glaciers that slowly chipped away at the rock. Adventure loving tourists would climb this dangerous rock because of the beautiful views that it offers. Would you visit this place if you have a chance? 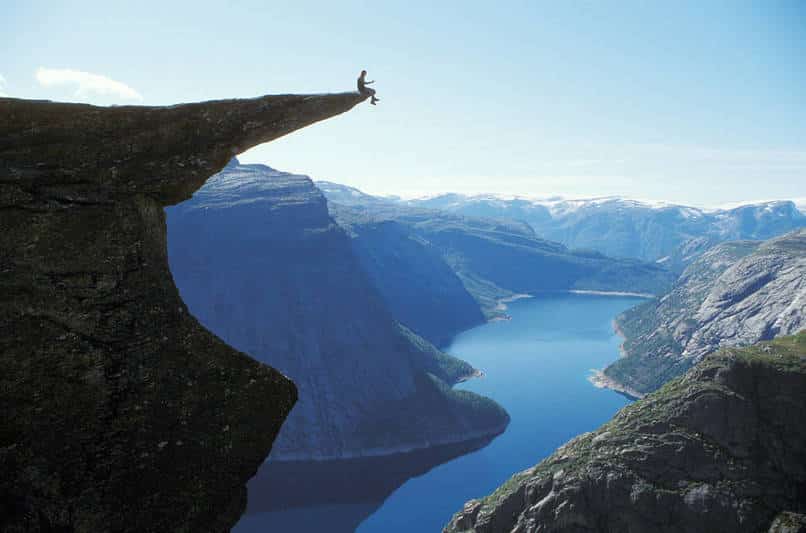 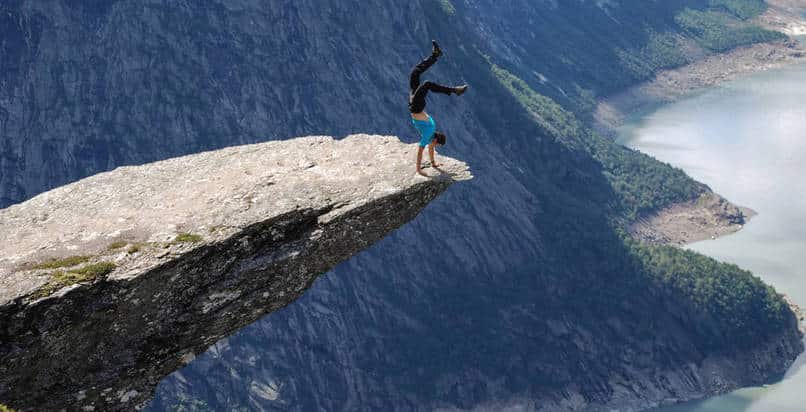 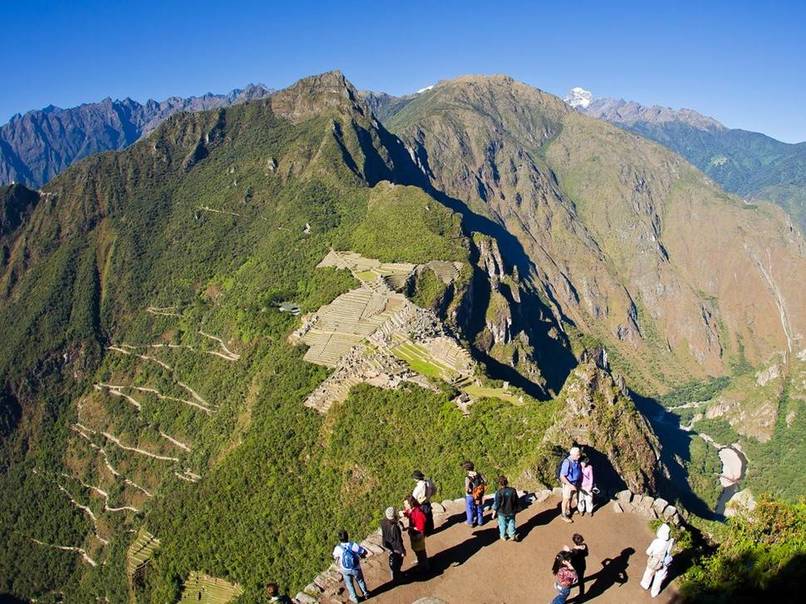 There is no better view of Machu Picchu than from this summit. Unfortunately, getting there is the hardest part. Unmaintained trails, steep staircases and the high altitudes make this trip a treacherous one. 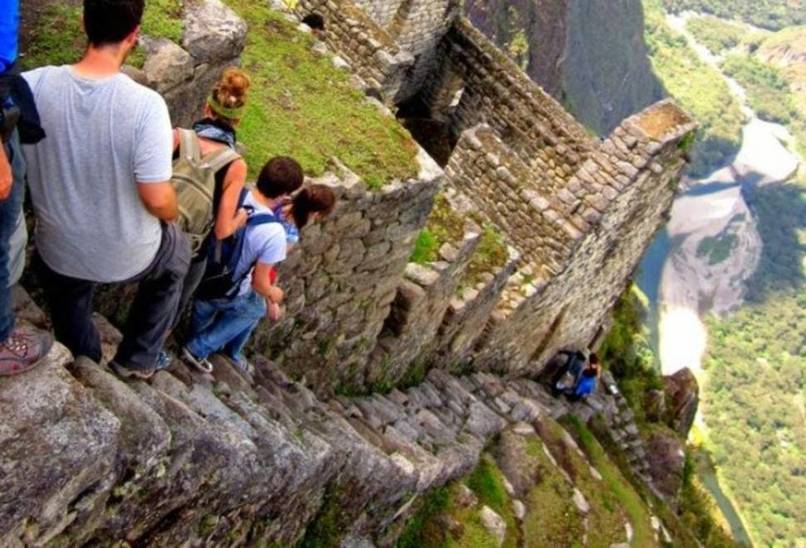 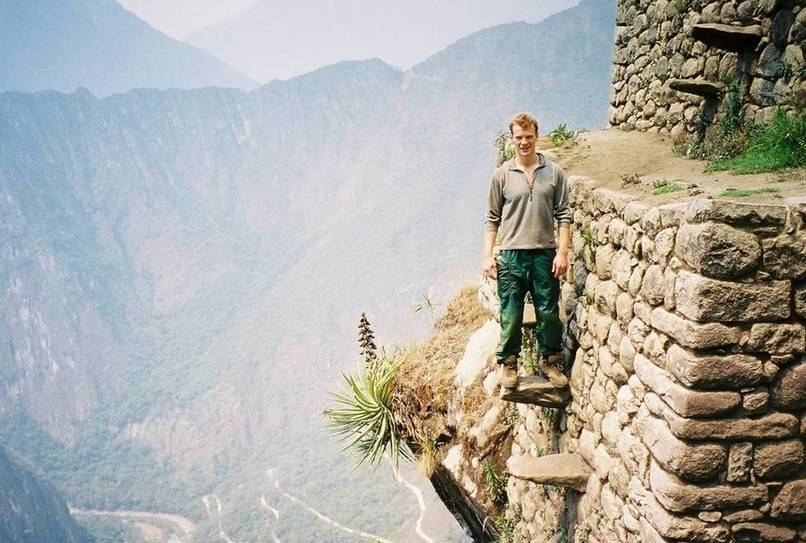 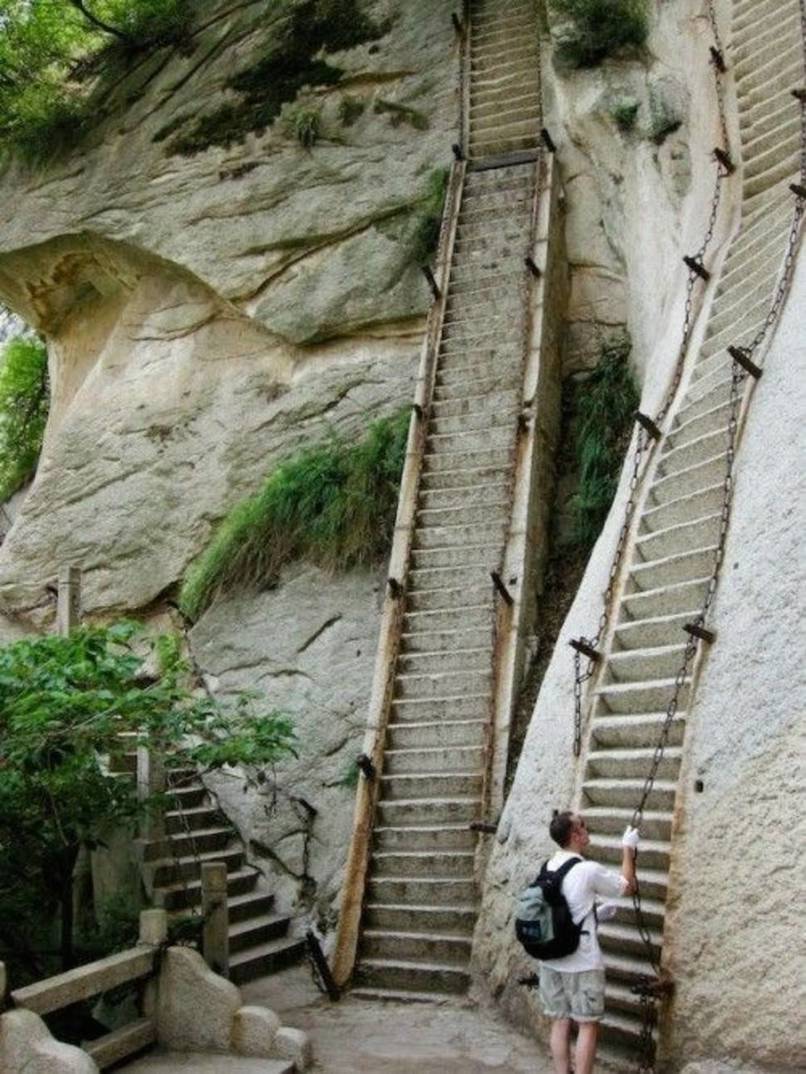 The journey up Mount Huashan is considered as one of the most dangerous and terrifying, yet popular climb in China. Hundreds of tourists flock to the steep staircases, vertical ascents, and creaky plank trail made of wooden platforms bolted onto the mountainside. 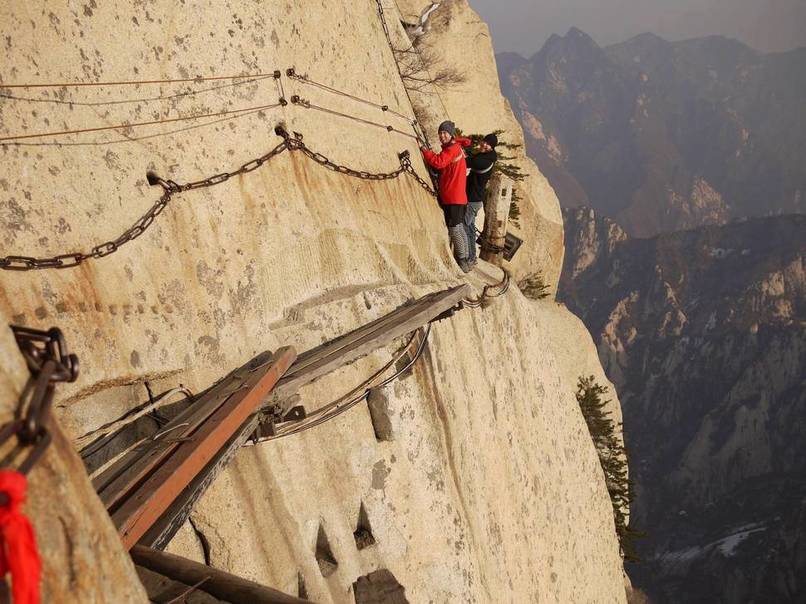 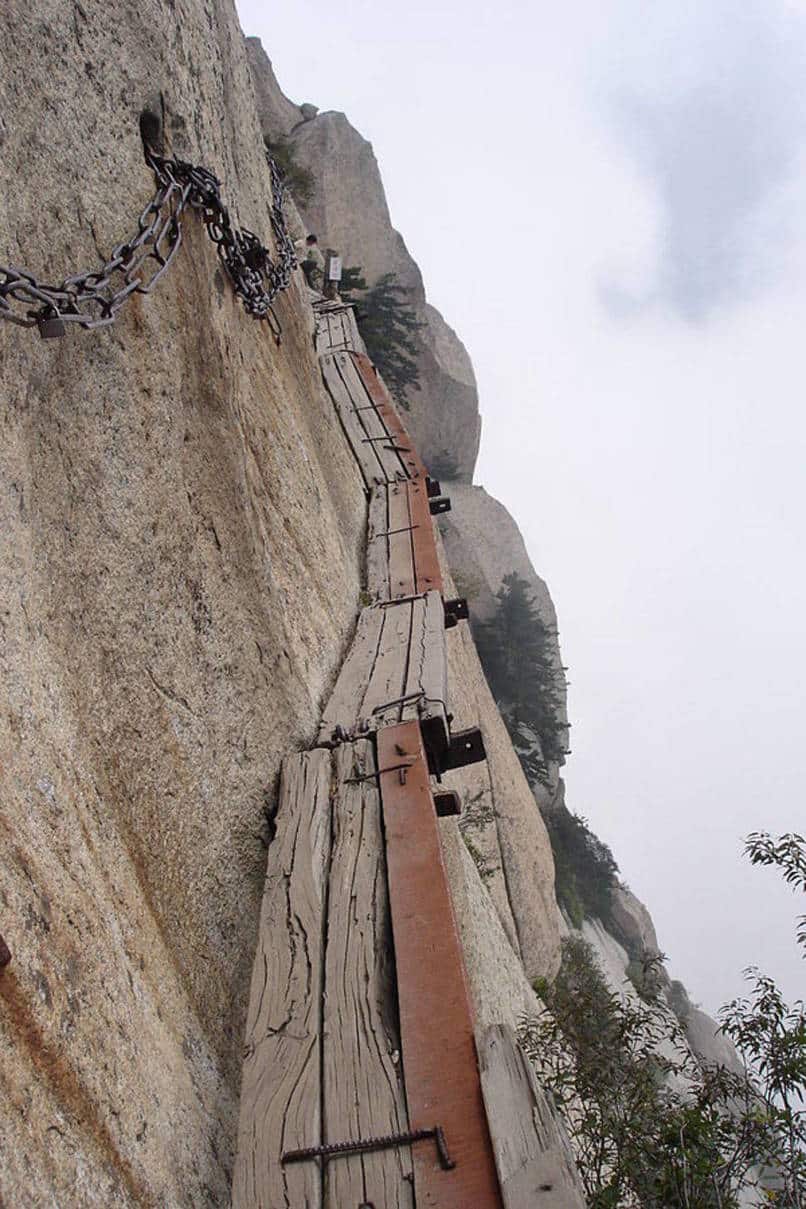 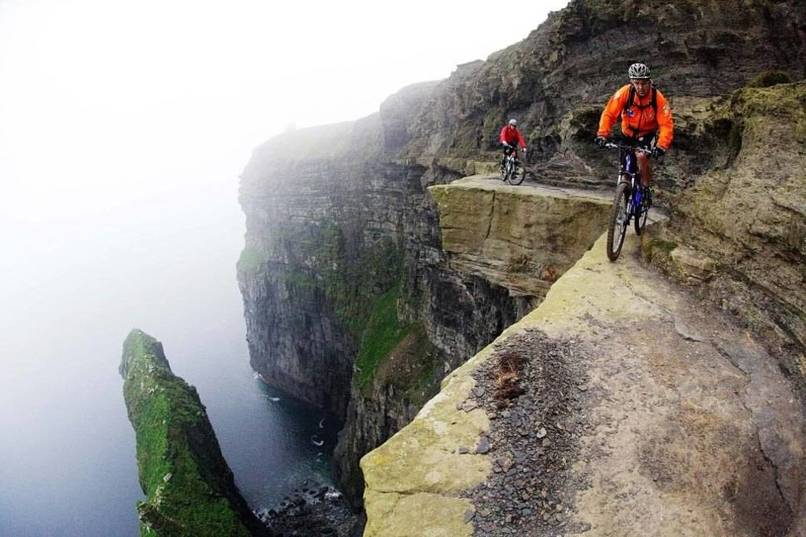 This terrifying bike trail in Ireland was featured in The Princess Bride! But don’t expect this to be easy. It’s only about 4 feet (at it’s widest portion) and it’s continuously crumbling. 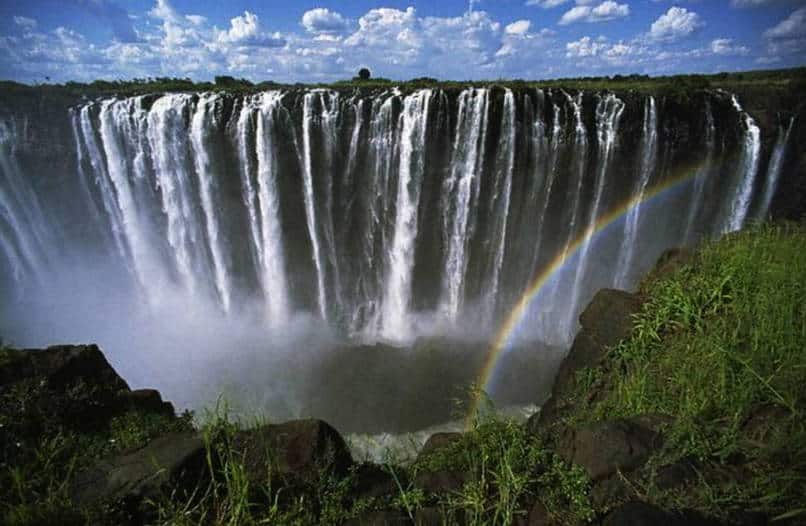 Devil’s Pool is considered as the most dangerous pool in the world. If you want to see this beautiful 355 feet cascade, you’ll have to travel to the magnificent Victoria Falls in Zambia. But remember this, people literally die trying to get the most perfect view here, yet the tourists and their tour guides continue to risk their lives visiting this once in a lifetime view. 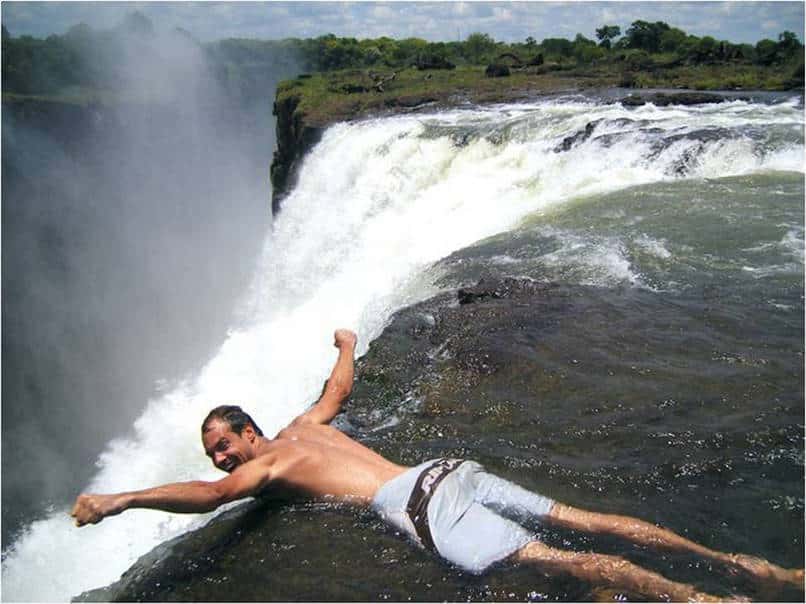 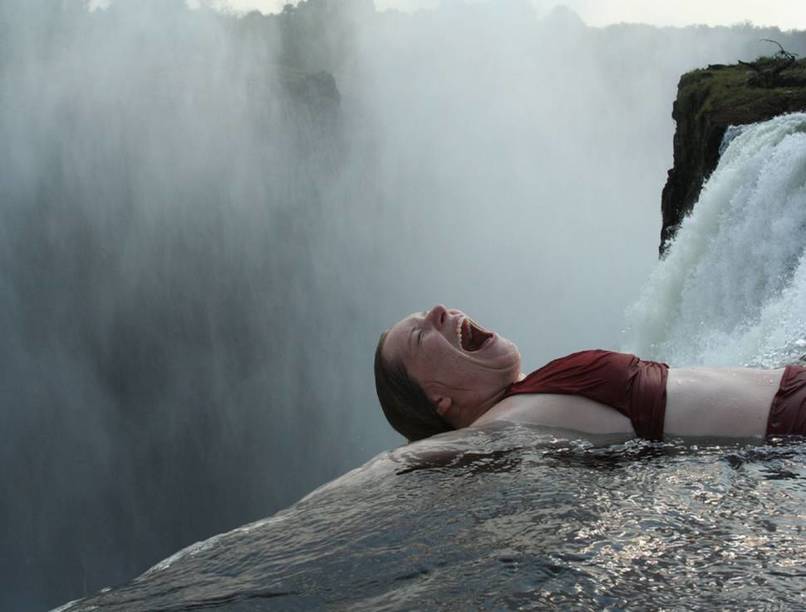 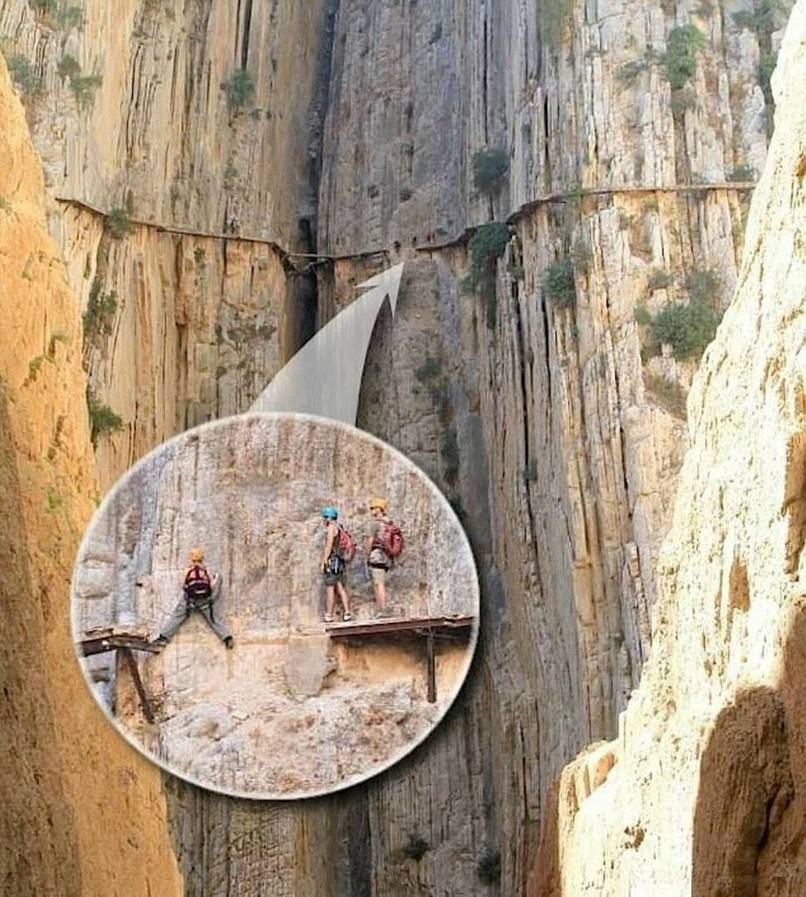 Known as the “King’s Little Path,” this old walkway was built in 1905 to provide workers the means to cross between two hydroelectric power plants. The walkway is already closed to public because it is currently in a highly deteriorated state and there are several sections where part or all of the concrete top has collapsed. After numerous fatal accidents, the local government finally closed the path in 2000. But there are still adventurers who manage to get around the barriers and make their way across the gorge. 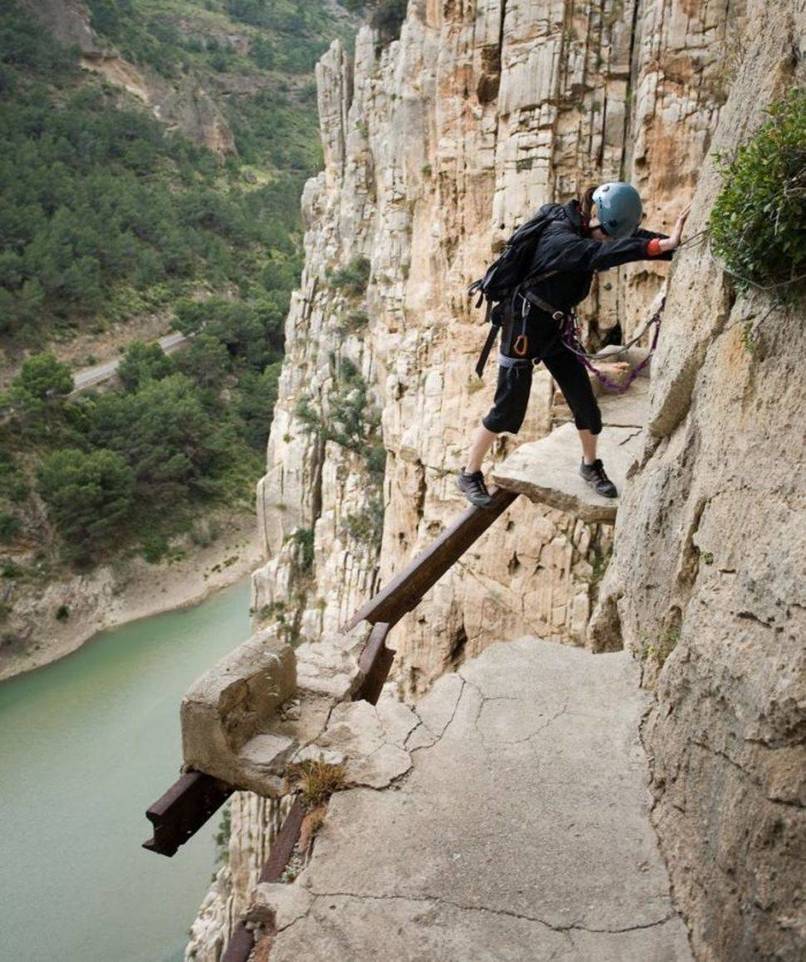 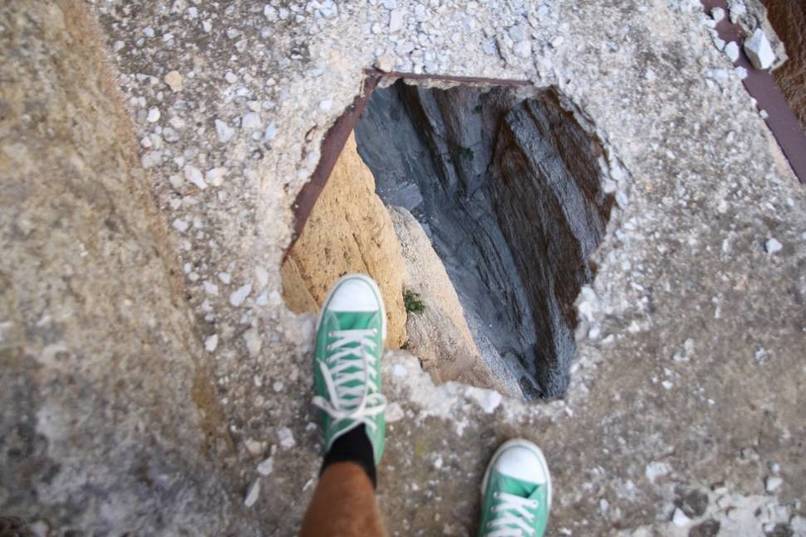 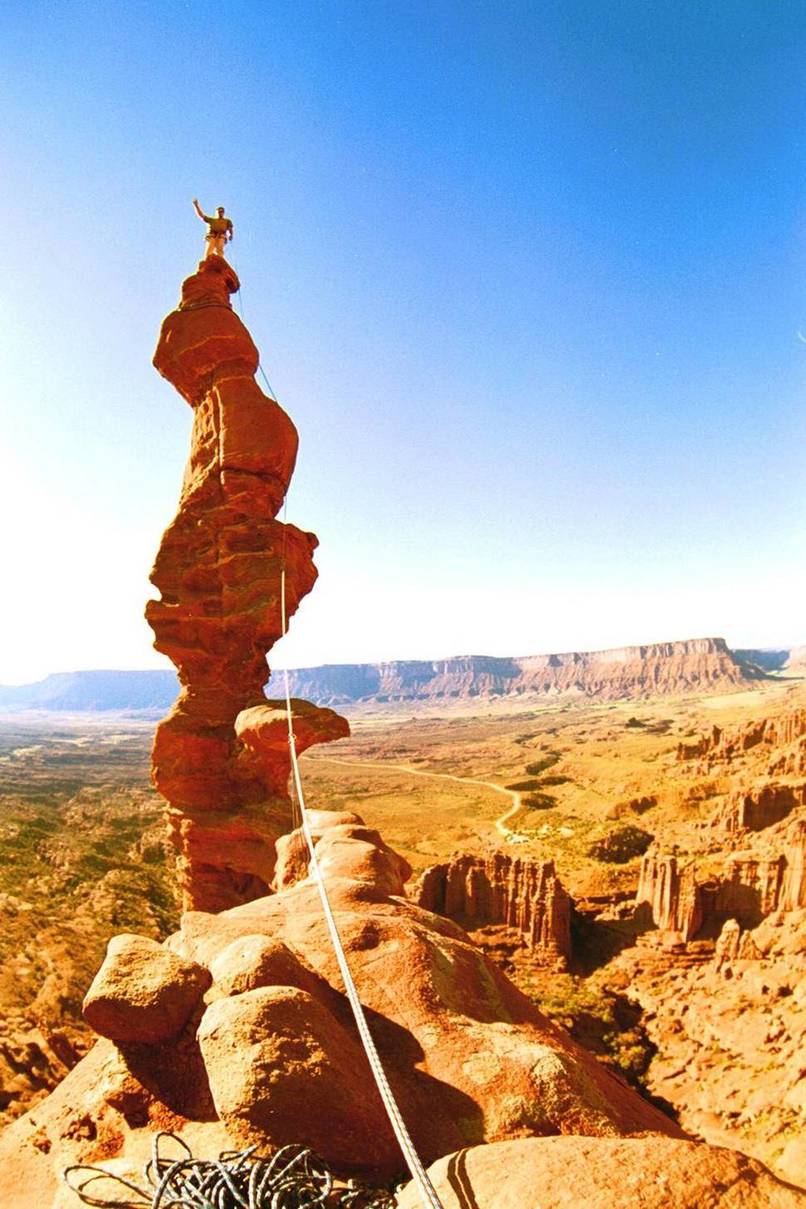 This famous summit is a part of Utah’s Moab National park and is considered as one of the most precarious peaks in the world. But why people still climb it?! 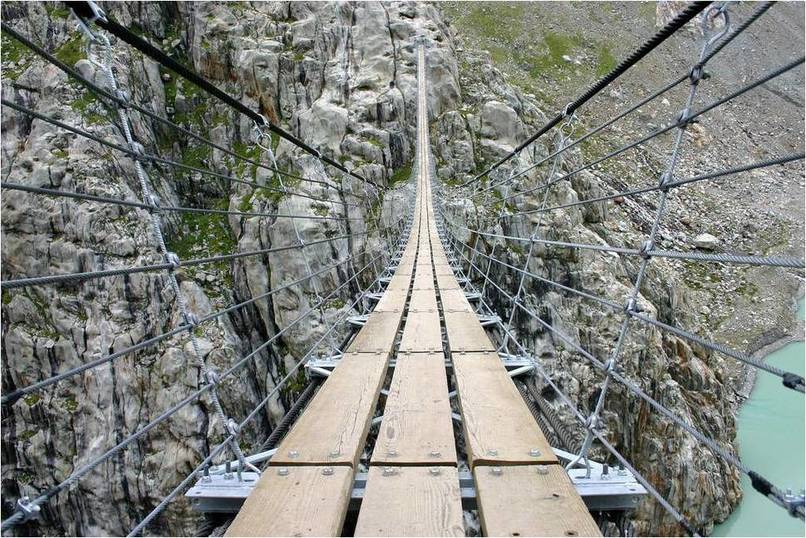 This famous bridge in the Swiss Alps is 330 feet tall and spans 560 feet, only 3 feet wide. The view is breathtaking, but you should avoid looking down. 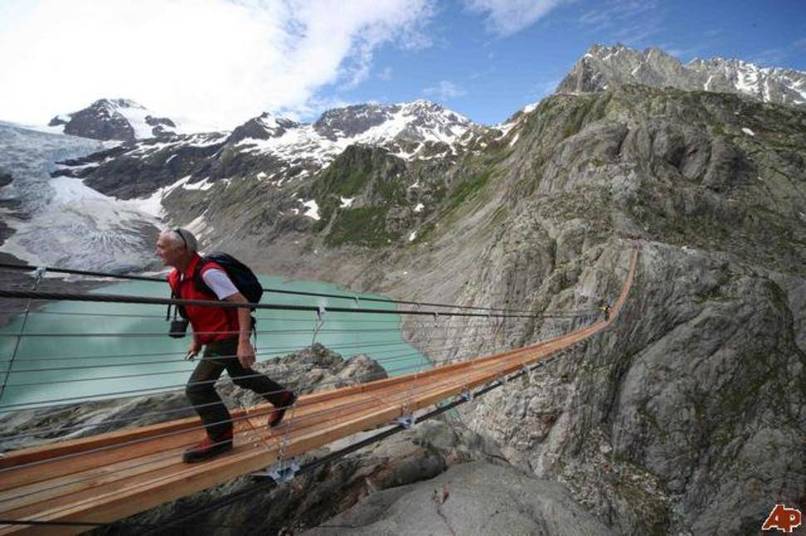 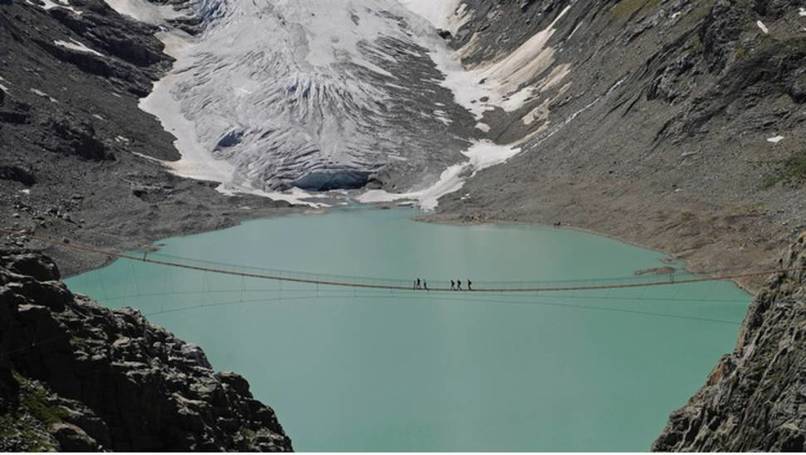 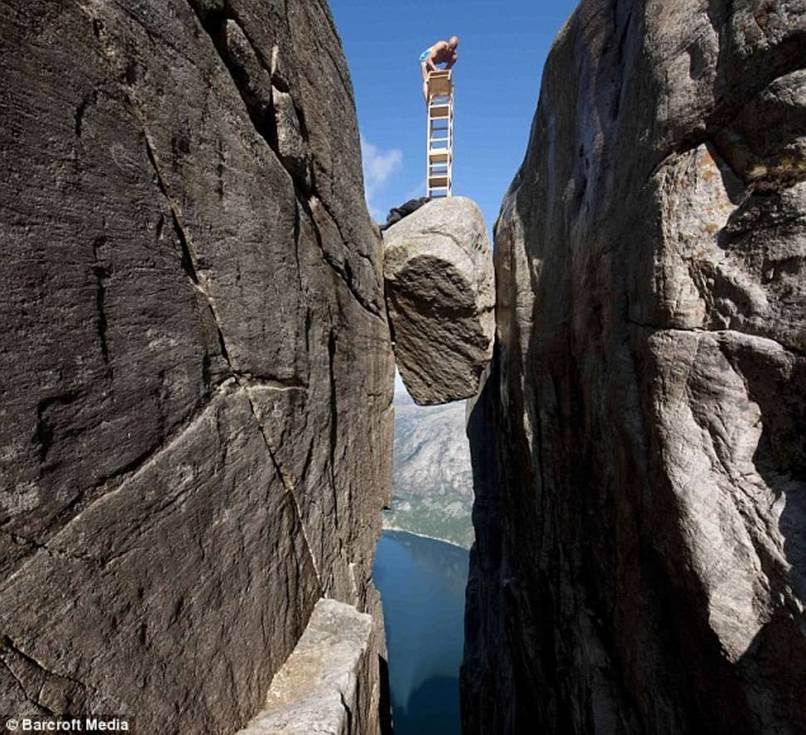 This rock is suspended at 3,245 feet in the air between two boulders in Rogaland, Norway. You don’t want to be present when gravity decides to bring this down. 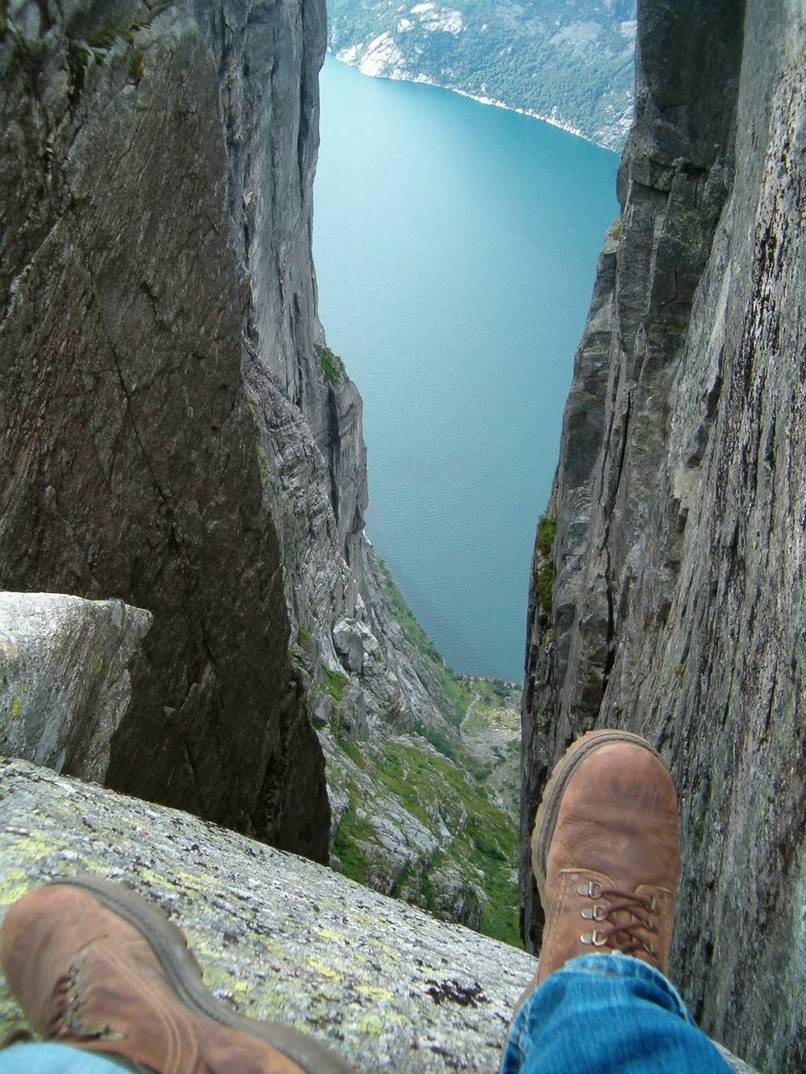 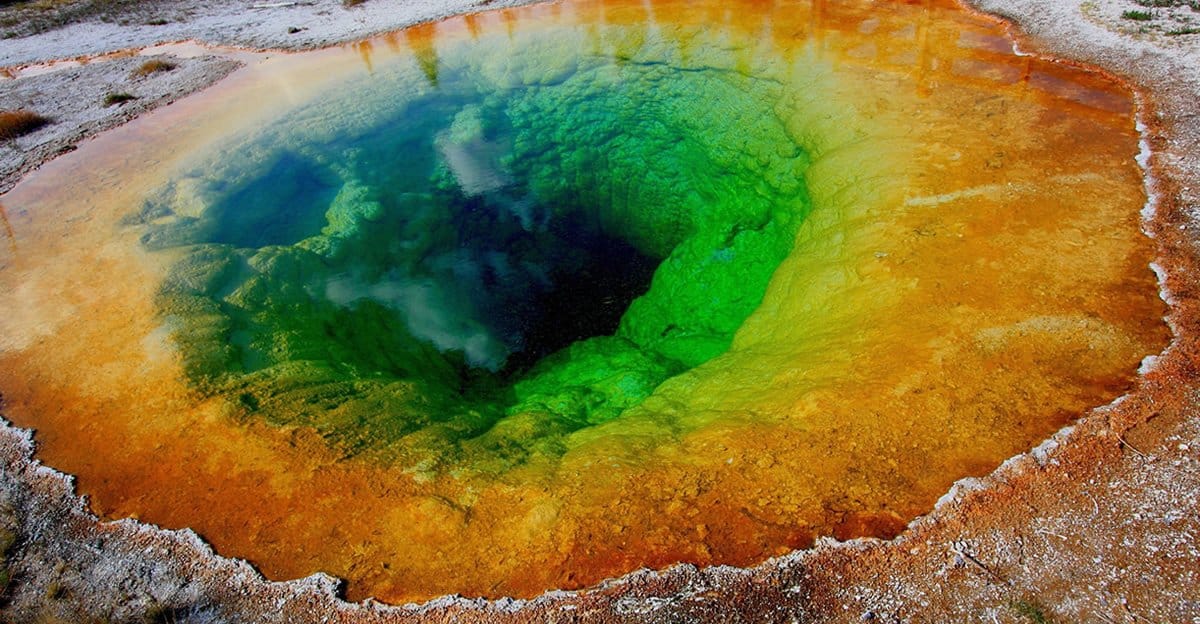