I really can’t decide what’s more terrifying – the fact that someone attempted to smash coconuts with a hammer or that someone actually agreed to lie around those coconuts.

If you’re having a hard time believing that, well the video below will show you exactly that.

This one was recorded for the Guinness World Records Italian Show which, according to the official Guinness website, is a “weekly video series which features the most astonishing, shocking and awe-inspiring record attempts from the seventh series of Italy’s Lo Show dei Record.”

Karamjit Singh and Kawaljit Singh attempted to set a record for “most coconuts smashed around a person while blindfolded in one minute.” 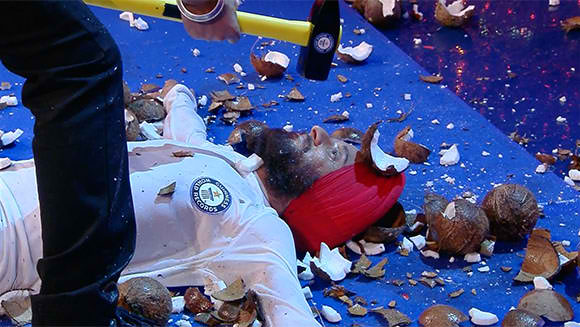 For this particular episode, Indian daredevils Karamjit Singh and Kawaljit Singh attempt to set the unique record of the “most coconuts smashed around a person while blindfolded in one minute.”

As if the idea wasn’t scary enough, Kawaljit had his eyes poured with salt to make sure that he wont be able to see, much less try to open his eyes, before putting a blindfold on.

Kajalwit even had salt poured on his eyes before he wore a blindfold. 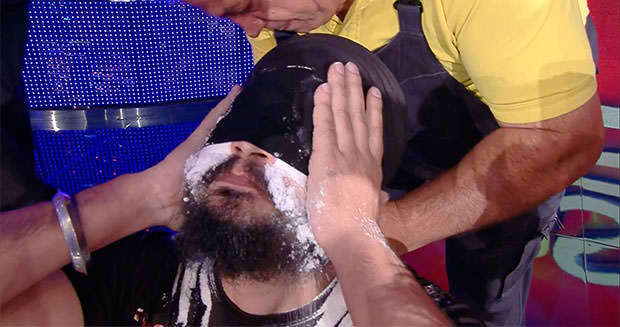 Everyone watched in terror while the duo did the terrifying act. 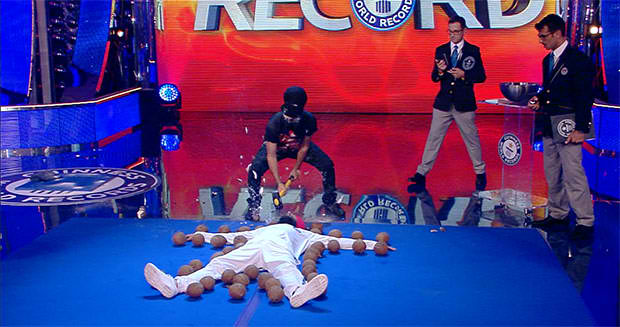 Quite understandably, audience members were cringing in terror while watching the whole thing. What if he accidentally smashed his head, right? Or his balls? The possibility of tragedy was really great on this one.

Fortunately though, nothing bad happened and the Singhs were able to successfully achieve the world record – thanks to Kahawit’s accuracy and Karamijt’s bravery.

The Guinness website also tells us that the record attempt “took place on the set of the TV show in Milan, Italy, on 25 July 2014.”