How often do you see a domesticated dog being protected by an animal that is known to be territorial out in the jungle? Locals in a tiny village in Rode, India were touched by the kindness of a Rhesus macaque monkey that appeared to have adopted a puppy roaming around the streets. It is an amazing sight, which shows so much love and compassion between the two different species.

The pictures of the two animals have captured the hearts of the netizens. 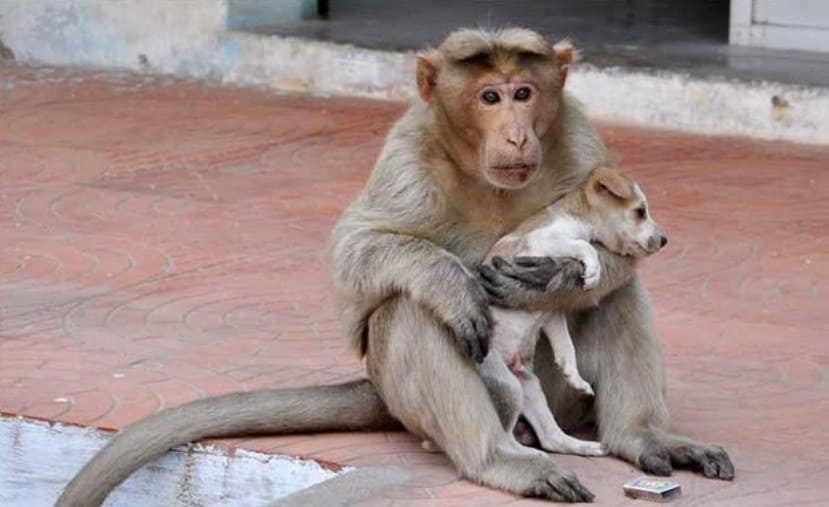 The monkey even fights off other stray dogs who try to come near its new adopted puppy. 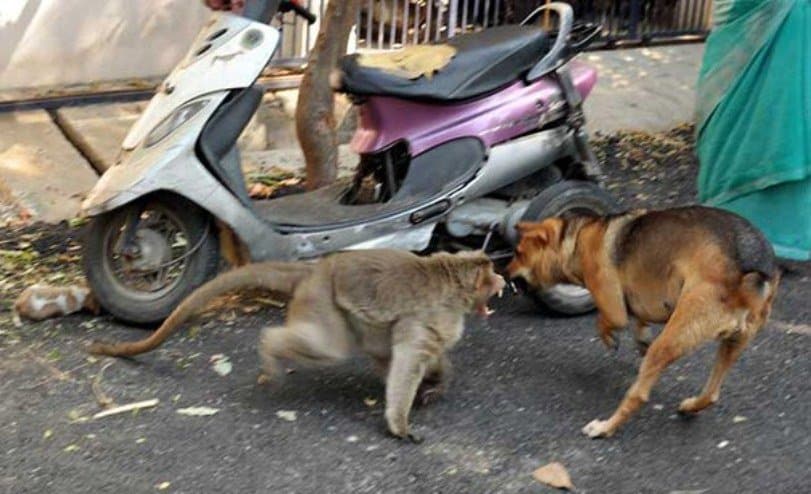 Onlookers can be seen in amazement as the monkey lets the puppy eat first during mealtime. 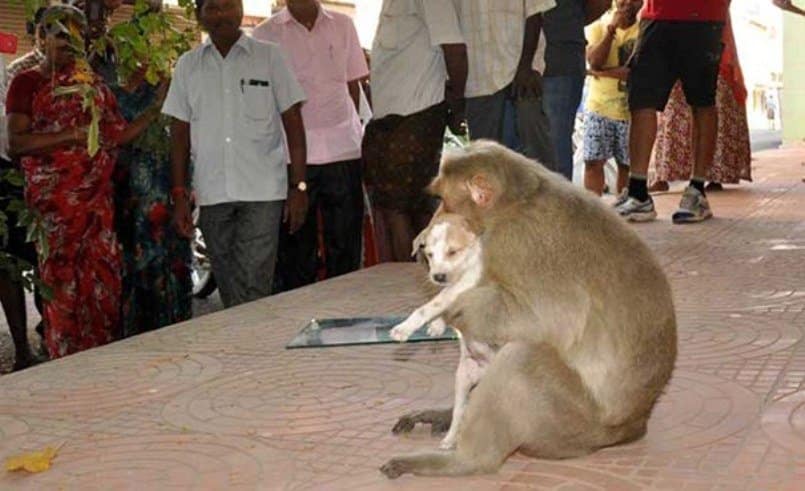 What is more interesting is the dog hangs onto the monkey when the latter jumps from tree to tree. 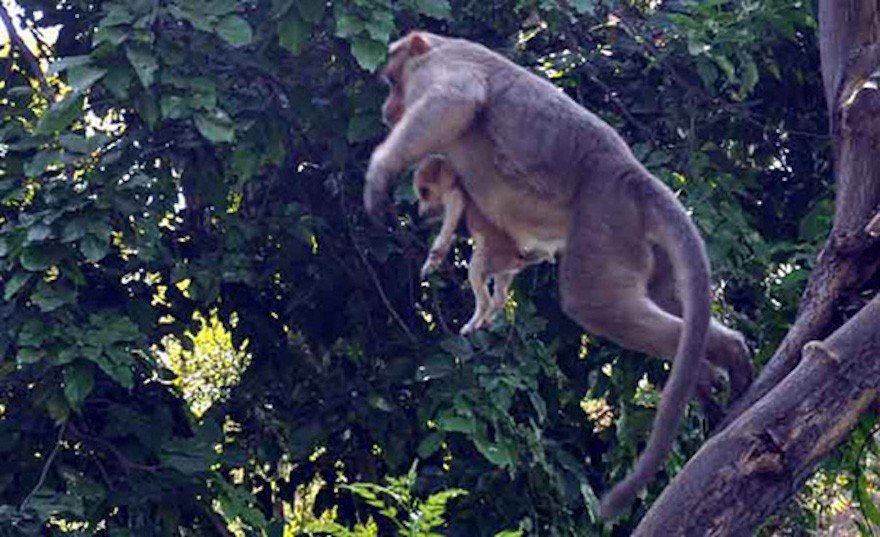 Locals can also see the Rhesus macaque clutching the dog so tight to prevent it from falling. 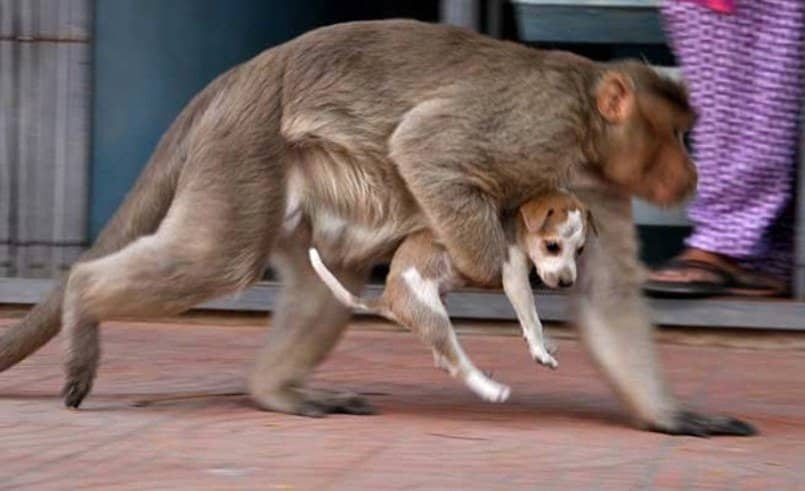 In the pictures, you can see the puppy being cuddled by the monkey, which appears to be ready for any potential danger that may harm its new beloved cutie. 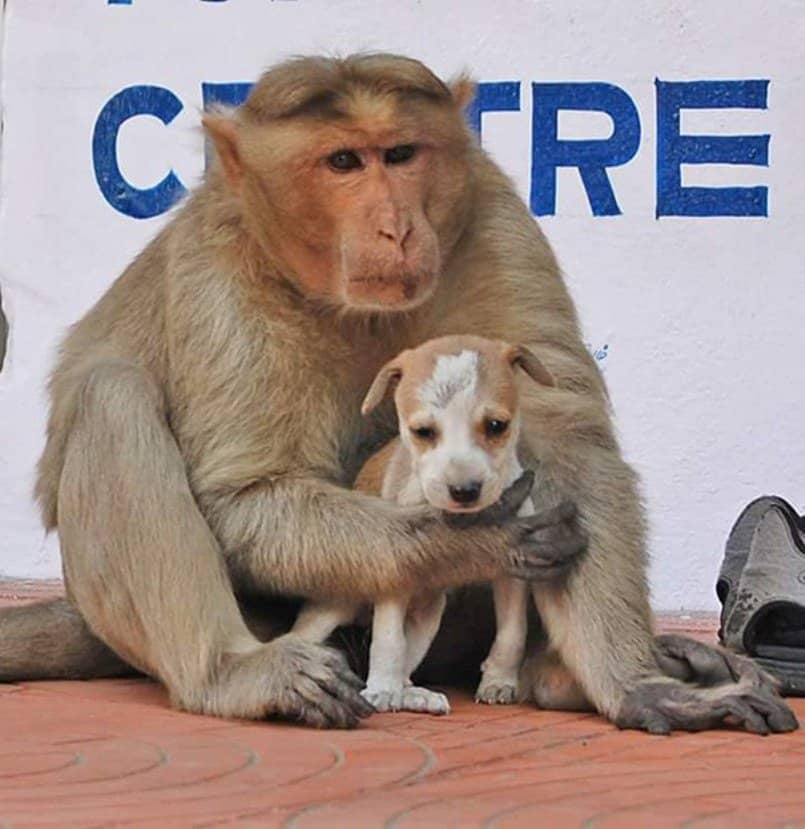 Just a few hours after it went viral, the story about their relationship was featured in many websites. Netizens could not really get enough of the cuteness being shown by these two adorable creatures. 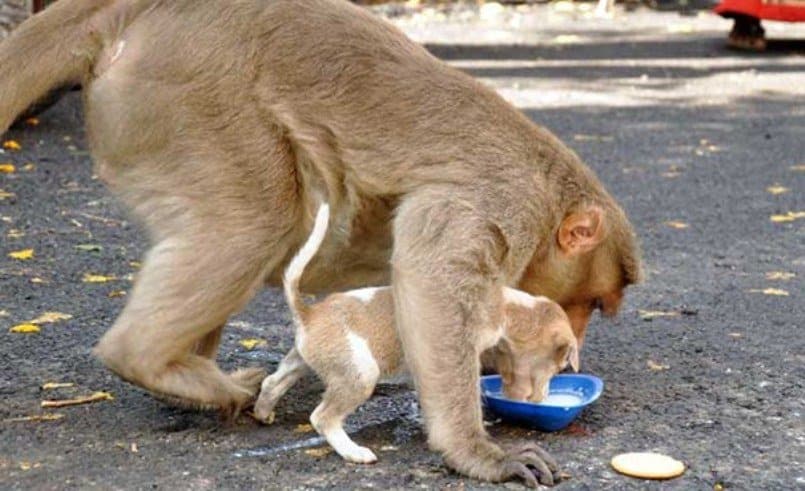 Their story still continues to surprise many people. 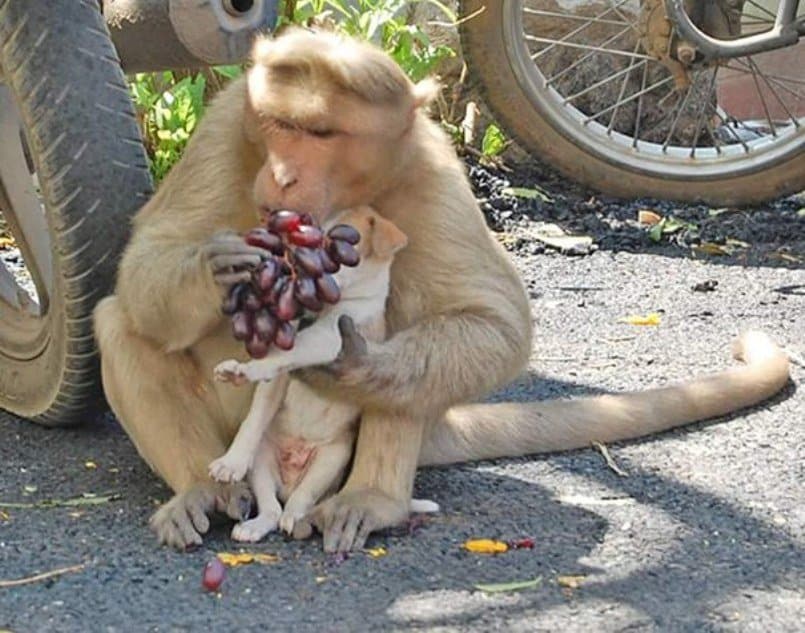 Positive comments written by people from different parts of the globe keep on coming to show their support to this unlikely relationship. 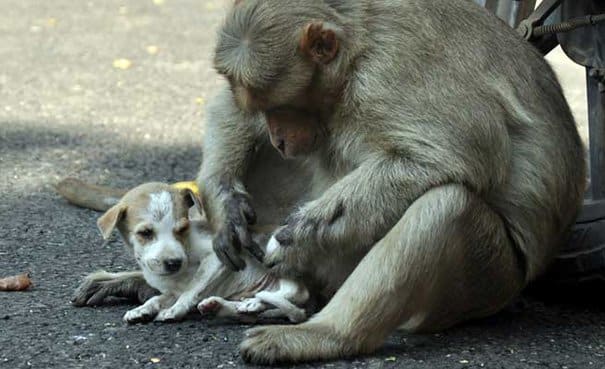 It certainly shows people that you can love anybody and be friends with everyone regardless of who they are and where they came from. If these animals can show genuine love and compassion to each other, there is no reason why peace can’t be achieved by the people around the world.