Future moms, take note of this: pregnancy isn’t a news that you casually break to your significant other. It definitely should be a special, memorable moment for the both of you.

Take it from Brianne Dow, a mom-to-be who went out of her way to tell her husband in a most unexpected way. This soon-to-be mother from Wisconsin asked for the help of Samantha Boos, a professional wedding photographer, for a sweet surprise.

Brandon, Bri’s husband, was told that they won a free couples photo shoot from Boos. On the day of the shoot, Boos gave each of them a small chalkboard. She then instructed them to write three words describing each other while they are standing back to back.

When she found out she was pregnant, Brianne wanted to surprise Brandon by enlisting the help of photographer Samantha Boos. 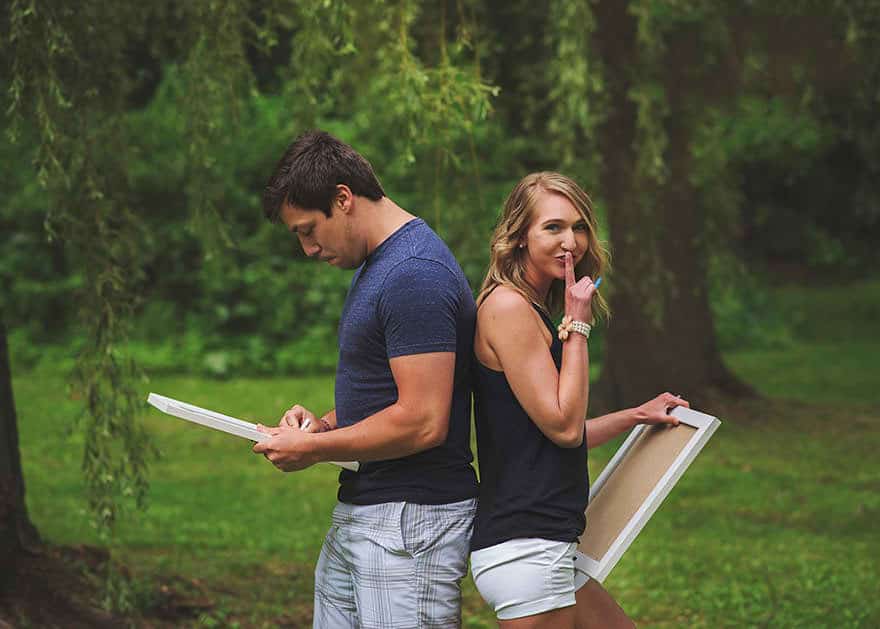 Boos instructed them to turn their backs and write three words describing each other. This is what Brandon wrote: 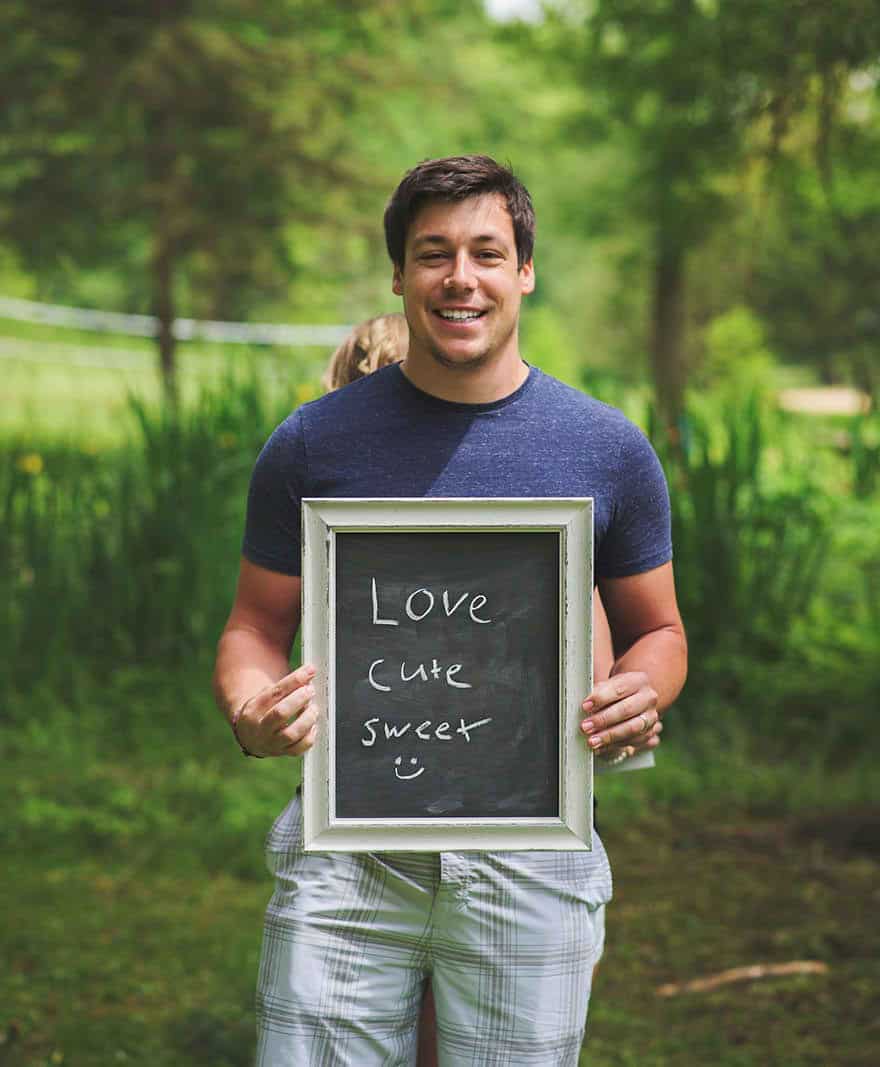 Unknown to him, Brianne had a surprise to tell. 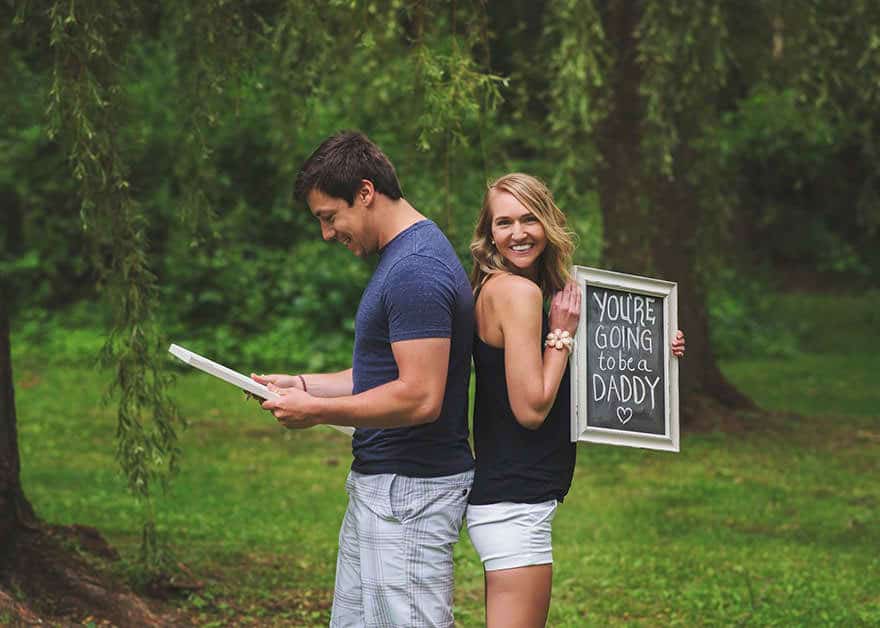 She wrote “You’re going to be a Daddy.” 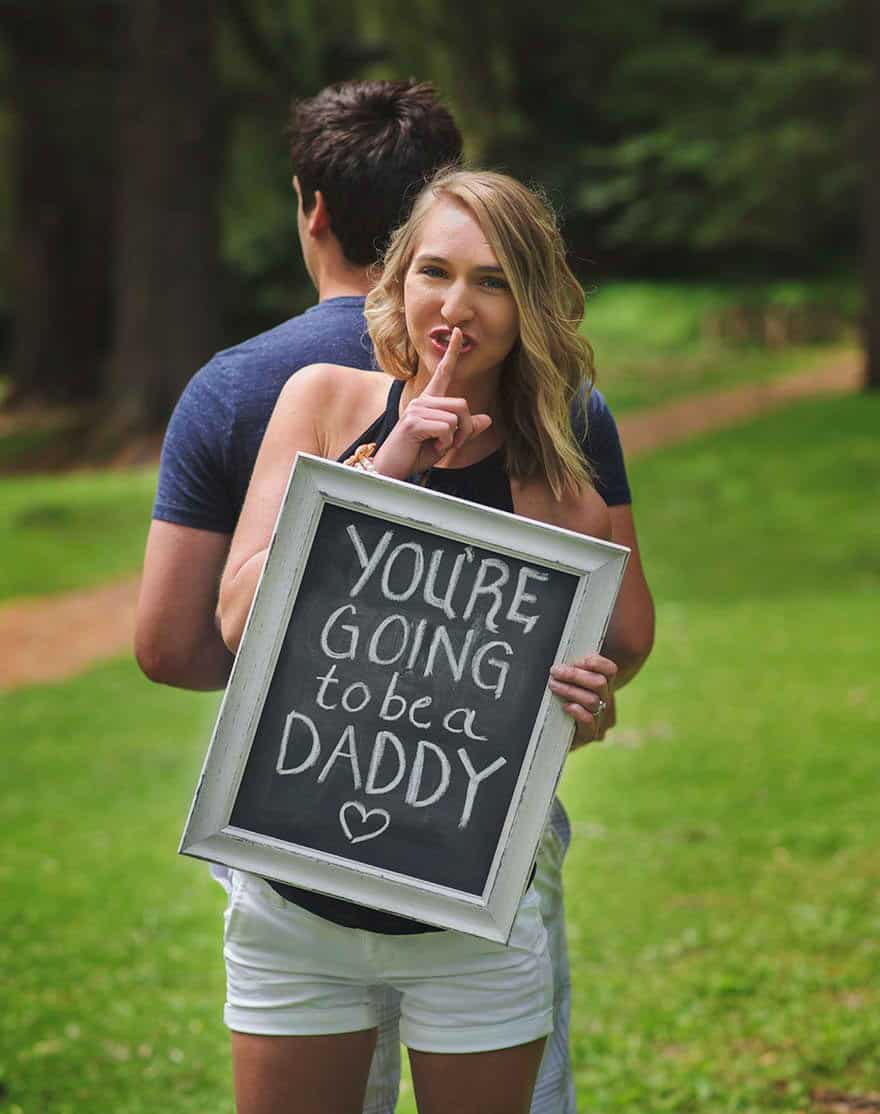 As you can see here, Brandon picked “Love Cute Sweet” to describe his wife. Bri, on the other hand, broke the 3-word rule and wrote that amazing message: “You’re going to be a Daddy.”

When Brandon turned around, he was overwhelmed with what he read. 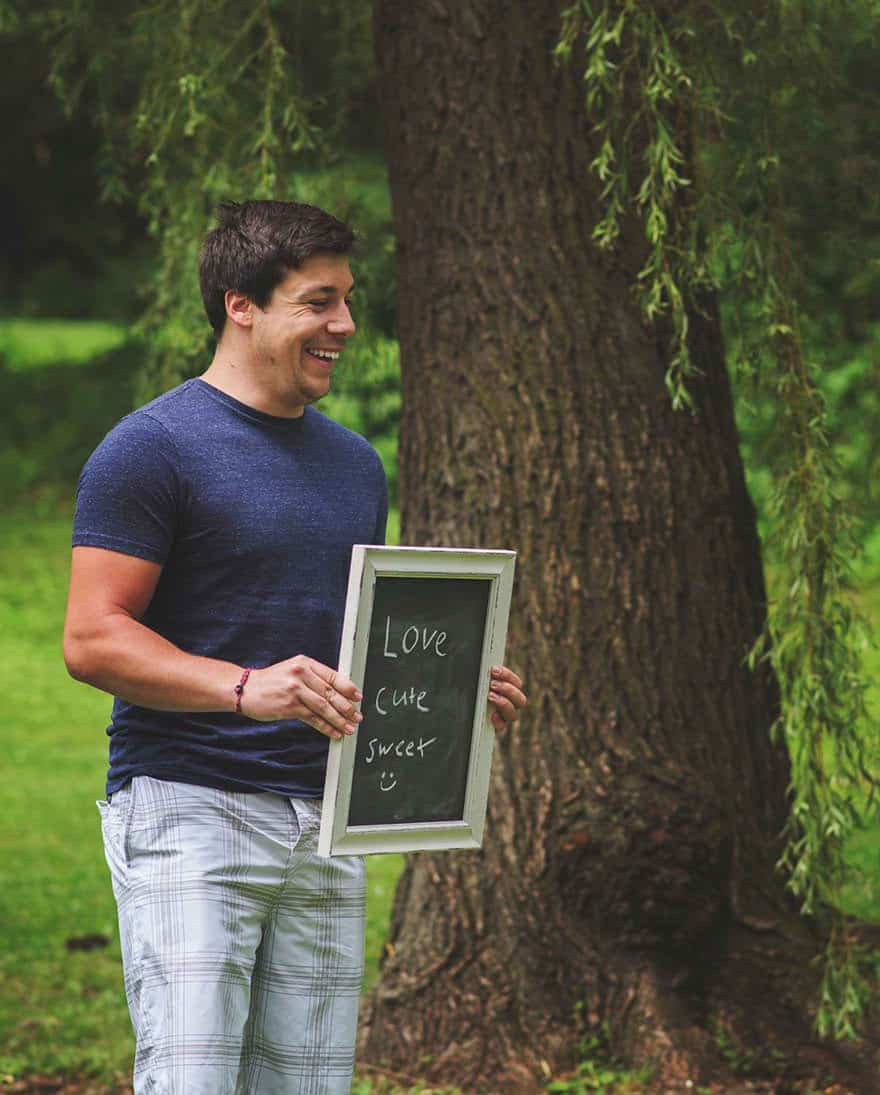 According to Samantha, Brandon was “overjoyed” with the news. 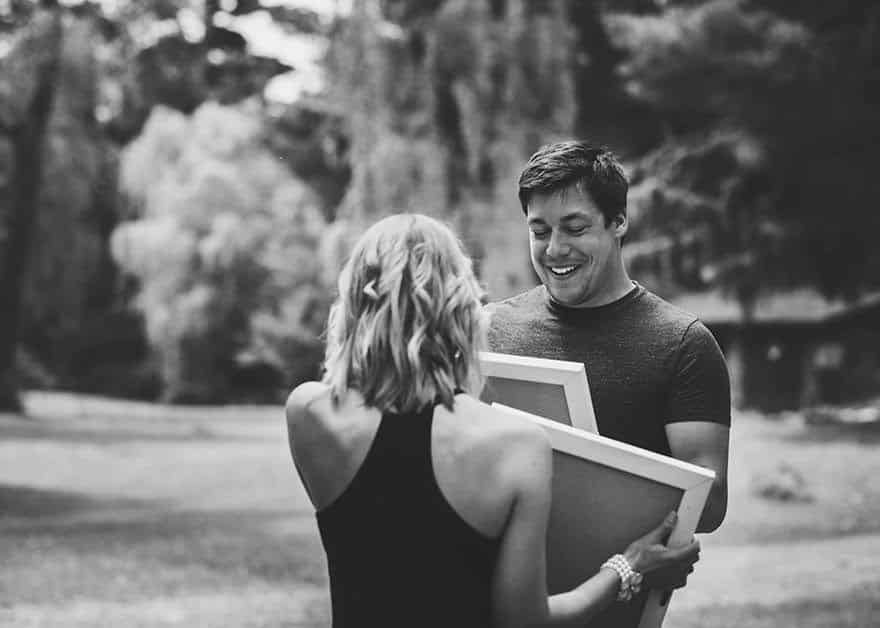 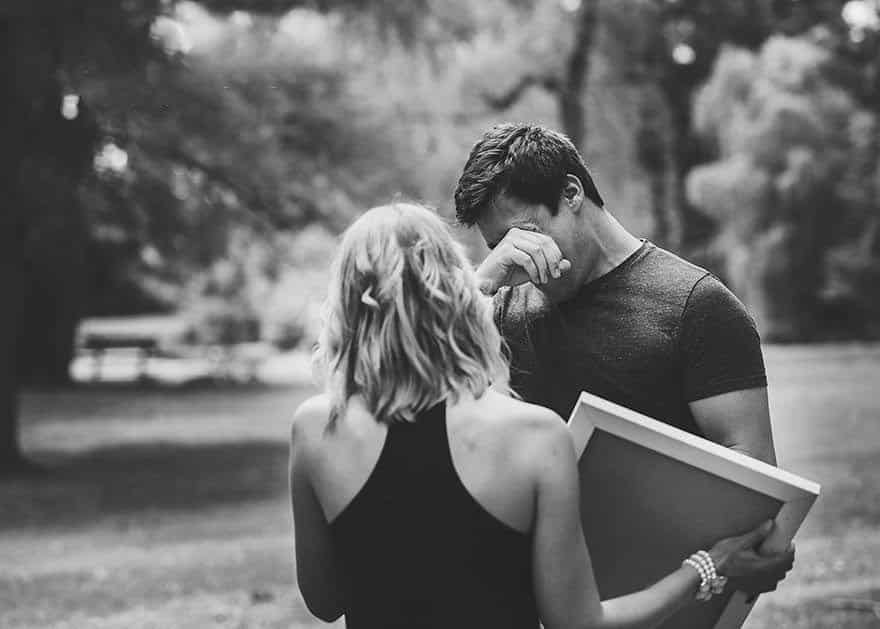 … And gave Brianne a warm hug. 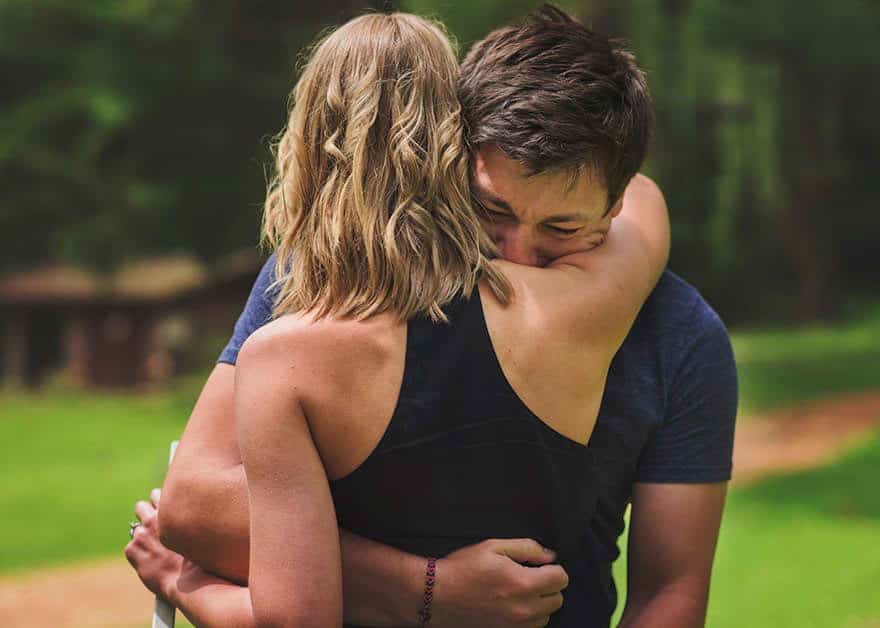 When they flipped around to show each other’s boards, Brandon was obviously overwhelmed with what he read – and he couldn’t help but start crying.

The photos were eventually shared on Boos’ Facebook page and it just went viral from there. Thousands of people started sharing the images and popular news website immediately started picking up the story. 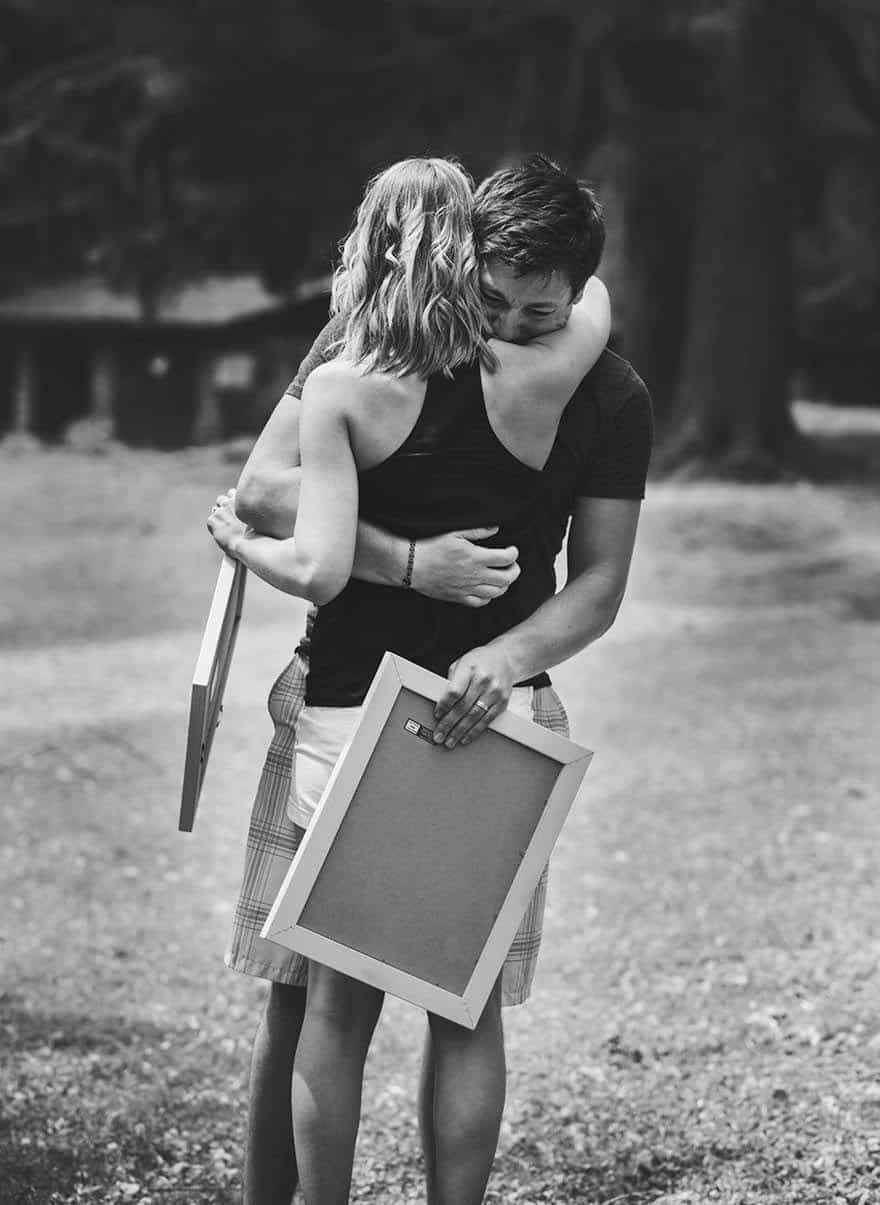 “Brandon’s reaction was priceless. He had the same reaction when Bri walked down the aisle as well. After he read the board it went from thoughtful, to excited, then lastly to tearful. He was overjoyed with the news and couldn’t wait to hug his wife.” 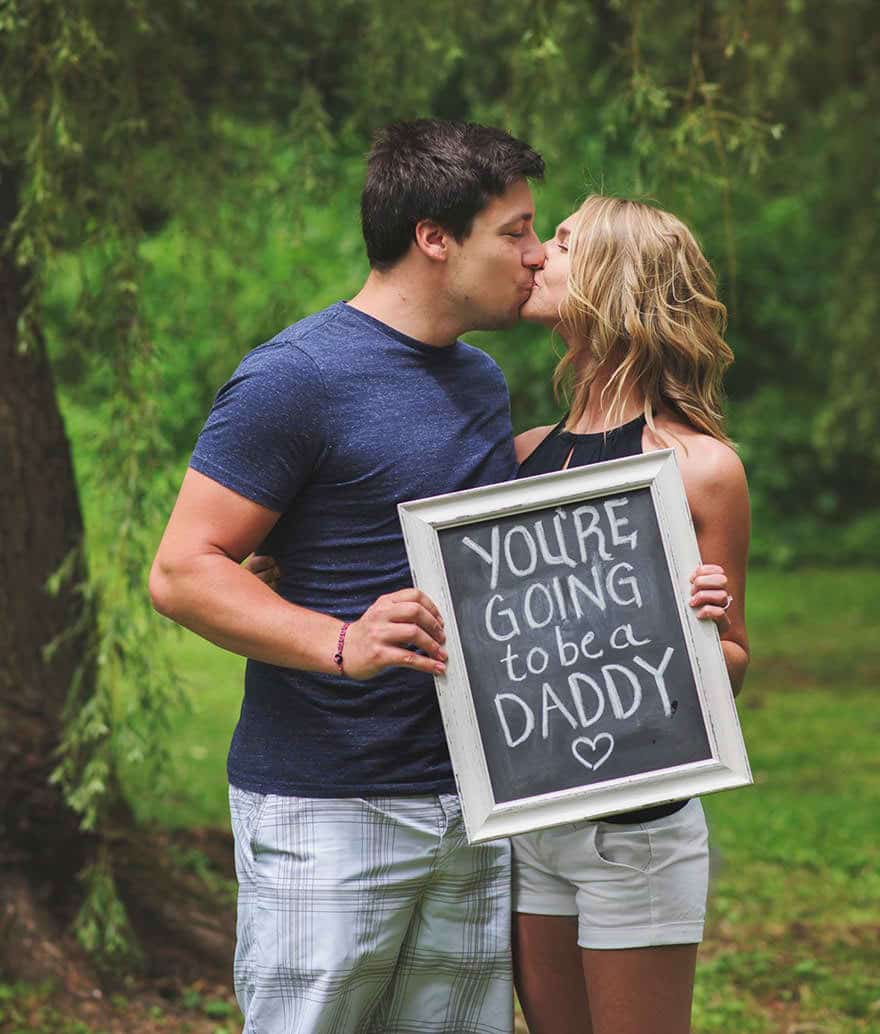 “I hope people see love and how much love two people can have for each other and the future. So much in the media right now is negative. It’s always nice to see something positive.”

Brandon and Bri are expecting Baby Dow by February 11, 2017. Congratulations to the couple!