Becky Jackson became worried when she noticed that Elizabeth was not growing as fast as her twin brother, Joe. The mom from Omaha, Nebraska had been comparing both of them. At one point she thought that, maybe, Joe was just going to be bigger than his sister.

However, when she looked back at some photos, she began to feel more concerned about her daughter. Elizabeth’s eyes were sunken, and she had an odd skin color. The then 6-month-old child was also losing weight and was lethargic. So, she took Elizabeth to a pediatrician.

She learned that her baby was on the verge of malnourishment. 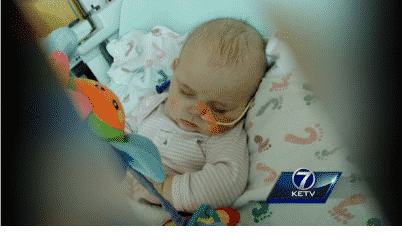 “They labeled her as ‘failure to thrive.’

“I was scared. I didn’t know what was going to happen.”

Then, the blood results came. It revealed that Elizabeth’s calcium levels were high due to Vitamin D toxicity — a condition that may cause arrhythmia (irregular heartbeat), kidney stones, and may ultimately lead to kidney failure.

Elizabeth received treatment at Omaha’s Children’s Hospital and Medical Center for ten days. To help stabilize her condition, they administered IV fluids and worked on her feedings. Dr. Monina Cabrera, a pediatric endocrinologist, also began to investigate the source of the problem.

Until Jackson came to realize something.

“I did this. I did this.” she said. “I had no idea there could be such a negative effect.”

Apparently, she accidentally caused the overdose.

Jackson wasn’t producing enough breast milk to feed the twins. Since Joe has a “fussy tummy,” she decided to keep him on breast milk and find an alternative for Elizabeth.

She found a recipe formula online.

Jackson used powdered goat’s milk, coconut milk, and other liquid vitamins. “I was supplementing her with a very organic homemade formula,” she said. 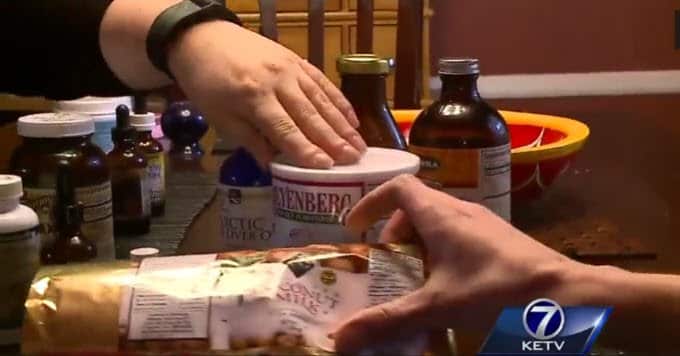 She followed the recipe. But although Dr. Cabrera confirmed that there was nothing wrong with the baby formula the mom found on the internet, she decided to tweak it a little by adding more Vitamin D. 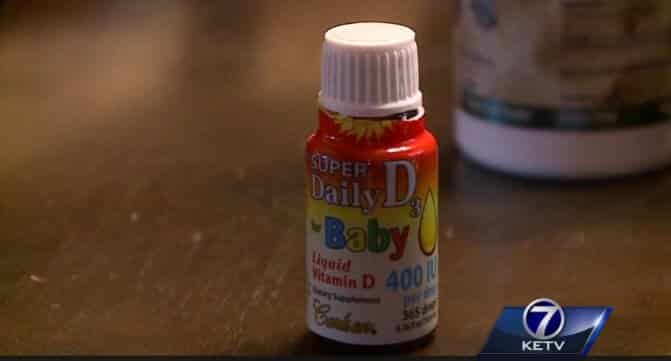 Instead of adding a DROP of Vitamin D for every 32 ounces of formula — as the recipe instructed — she’d add a dropper-full of the vitamin. She gave Elizabeth about 8,000 times more than the appropriate dosage.

“I was adding too much Vitamin D. I wasn’t following the recipe as it said. I thought more must be good.”

Dr. Cabrera reminds parents to disclose their baby’s formula with a pediatrician or a dietician prior to feeding.