An Arizona mom just got the fright of her life when her three-year-old daughter peered into the bathroom plughole. Brianna posted the unintentionally hilarious bathroom exchange on Twitter where it eventually went viral.

Brianna was brushing her teeth with her daughter Thea for their usualevening routine when the three-year-old peered down into the bathroom plughole. According to the Arizona mom, Thea has never watched a horror film, let alone the movie “It.” No wonder the mom totally freaked out and “crapped her pants” when Thea said “Hi Georgie.”

Brianna was brushing her teeth with 3-year-old Thea when their exchange happened. 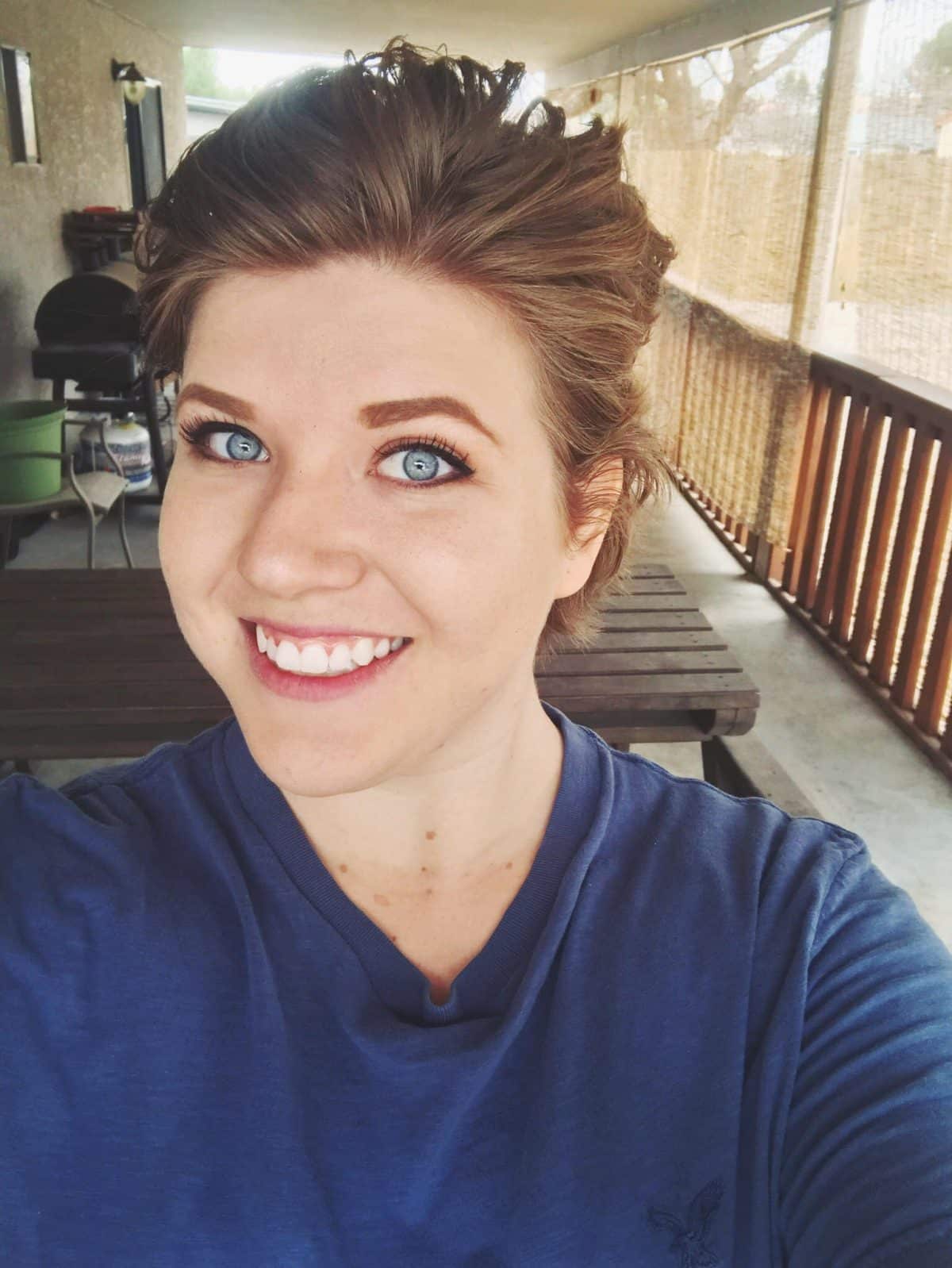 Brianna talked to Unilad and said that she and her husband just watched the latest movie adaptation of Stephen King’s novel just recently.

“My husband and I had just watched IT about a month ago so the movie was still fresh in my mind.

“She looked up at me and I got chills. Like the kind of chills you get when someone is telling a ghost story around a campfire and I legitimately had to hold back some tears.”

The harrowing line was used by probably the scariest clown in history, Pennywise, so Brianna’s reaction was pretty understandable. 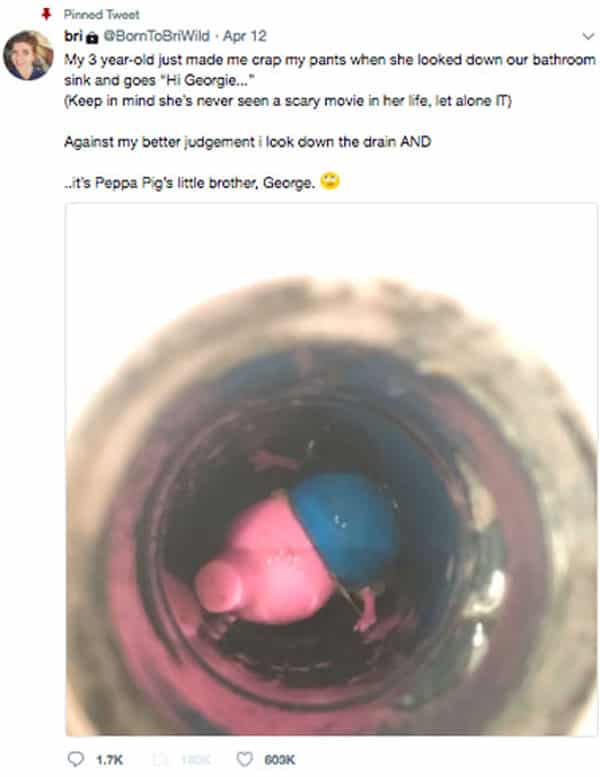 After the initial shock and almost thinking her daughter was the “spawn of Satan”, Brianna got the courage to ask her daughter who she was referring to. Hoping she won’t be coming face to face with a killer clown, she peered down the bathroom plughole only to find Thea’s “Peppa Pig” toy, George.

3-year-old Thea used Pennywise the clown's harrowing line when she saw her toy. 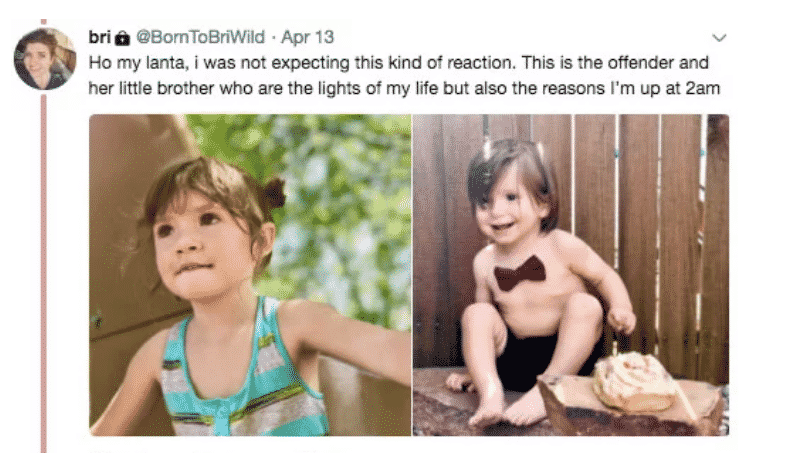 Apparently, they got the “Peppa Pig” toy set for Christmas. But they didn’t know how Peppa’s brother George went down the plughole. However, the little kid has always referred to the character as simply George, so using Georgie was rather strange in itself.

She later on fished out the toy which had two missing feet. When she asked Thea what happened to George’s feet, the kid replied that those have “been eaten” – again, much to her mother’s horror!