It is really not easy traveling with kids via public transport, most especially on planes. Despite the numerous preparations parents make, they would always need to expect the unexpected. Disasters like a poop explosion, forgotten milk bottles, and the most dreaded meltdowns can all happen during the flight.

Still, the worst thing parents need to endure are the loud sighs, snide comments and irritated glance of their fellow passengers. Most parents would choose to ignore it, while others become defensive of their situation. There are, however, some parents who have found a different tactic of handling this kind of dilemma.

A mom traveling on a plane with her infant and toddler children. 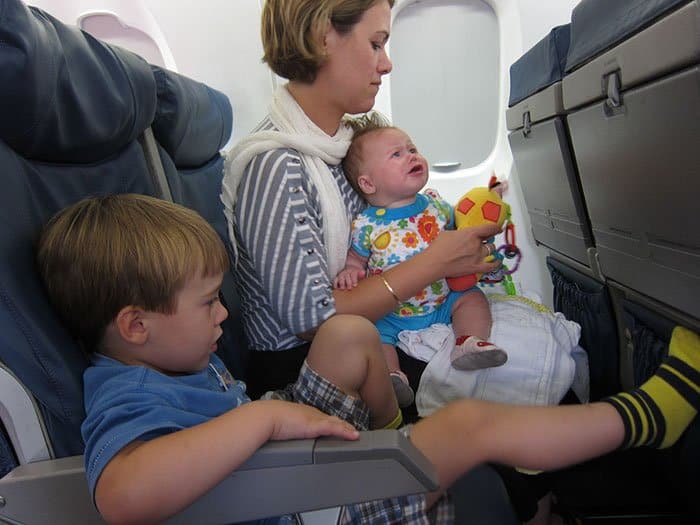 The idea started when a woman named Christina Galese shared the story on a Facebook page. The parents of Ashley and Abby thought of distributing goodie bags with a note apologizing in advance for any fit or tantrum the twins might do on the plane, even offering available earplugs in case the preempted crying would be too hard to endure. Christina, who was seated right next to them, was touched with the sweet gesture. 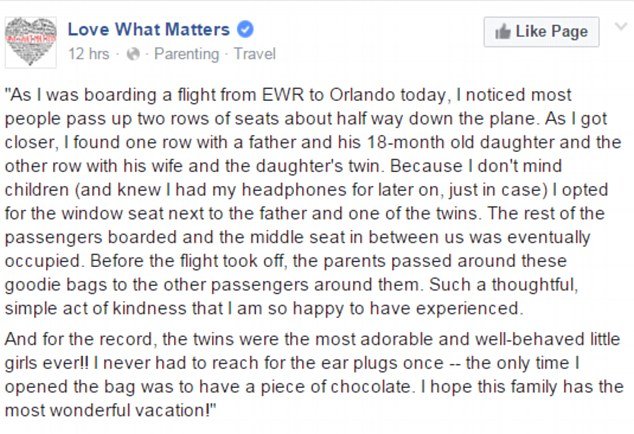 The parents of Ashley and Abby earned praises of many after handing out goodie bags to fellow passengers. 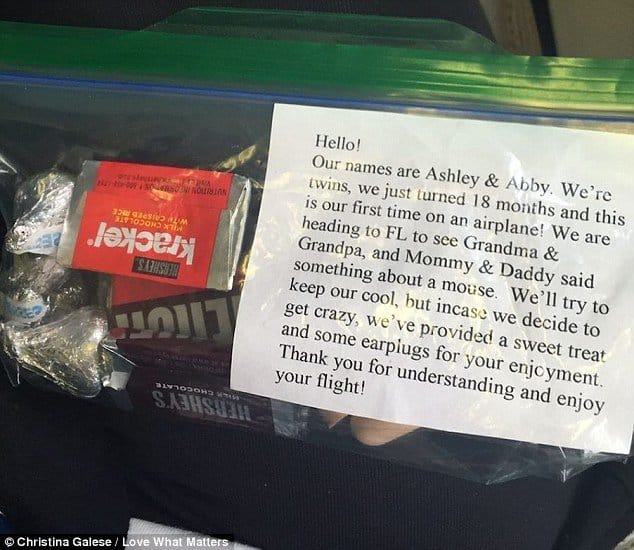 Since the story became viral on the web, a lot of parents began copying the act and started giving out similar goodie bags with different notes that leads to one thought- an early apology.

Reddit user Fe_Mike uploaded this photo of a goodie bag and a note from a "three-month old." She said the entire team of passengers are ready to help in case of a meltdown. 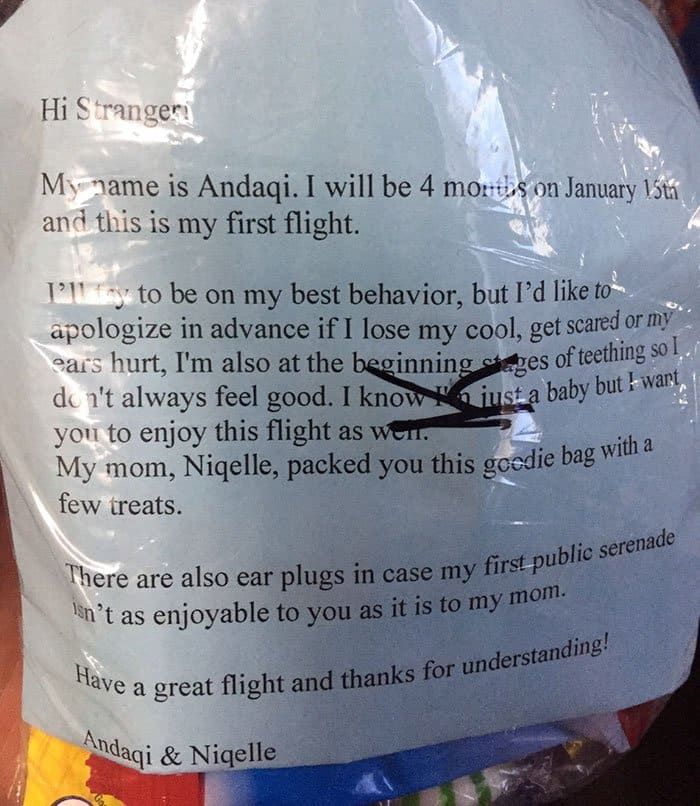 Many other parents were inspired by the gesture, including Madeline's. 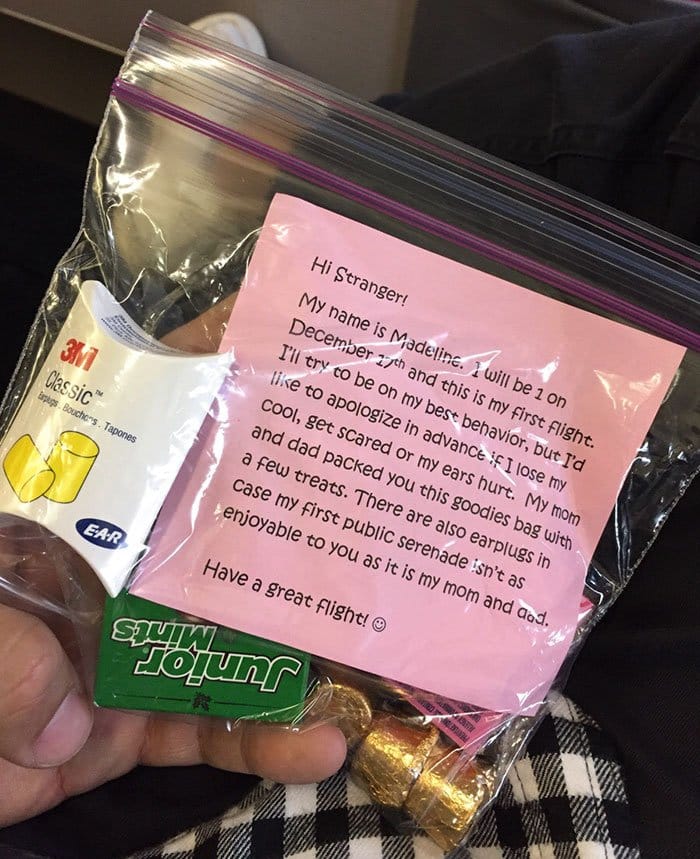 A little humor on the note wouldn't hurt. 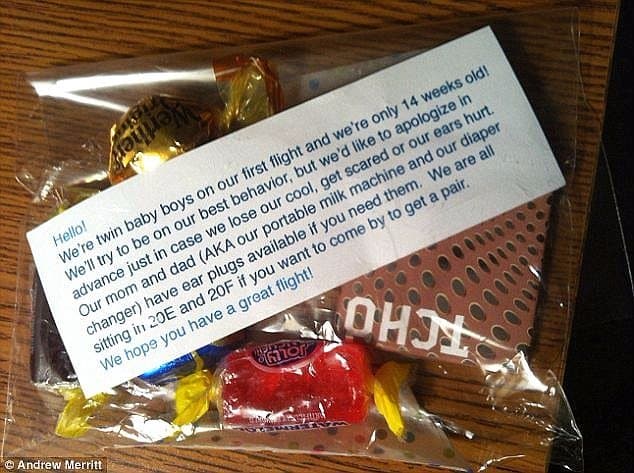 However, not everyone agrees with the concept of giving out goodie bags. Cassie Murdoch, a mother of twin toddlers, wrote a post on Mashable explaining her stand against the viral-trend.

A boy having a meltdown during flight. 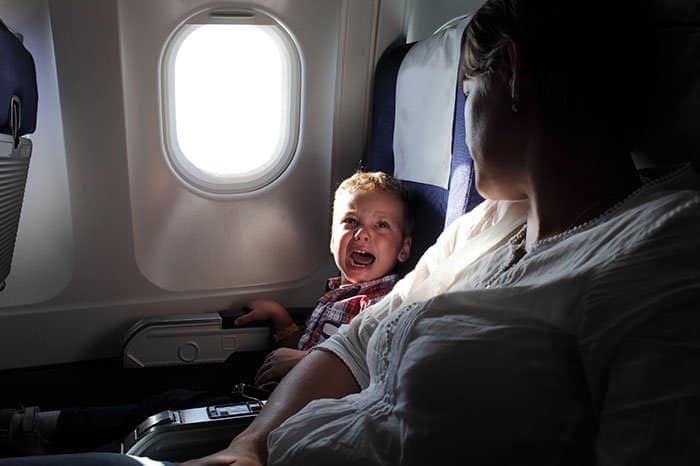 According to her, she is filled with rage every time she sees those baggies go viral. And though she understands that it is just a nice gesture, she argues that the trend is setting unrealistic expectations on babies and children boarding planes. Other parents that she talked with also felt that it is sending the message that they should feel bad for having babies that act like babies when they shouldn’t.

If my child screams, it may annoy you. But there are a million ways adults can be equally annoying — and they should know better. I once spent a flight trapped next to a man who packed and consumed not one but three intensely smelly tuna sandwiches during the course of the trip. I did not receive a single goody bag for my suffering.

The said incident has sparked arguments between those who feel that parents should preempt apology for their crying babies and those who say that it is understandable for children to act that way, thus it should be tolerated. However, it doesn’t stop considerate parents from distributing the goodie bags whenever they board a plane with their children and tolerant adults from posting the notes on their Instagram or Facebook. 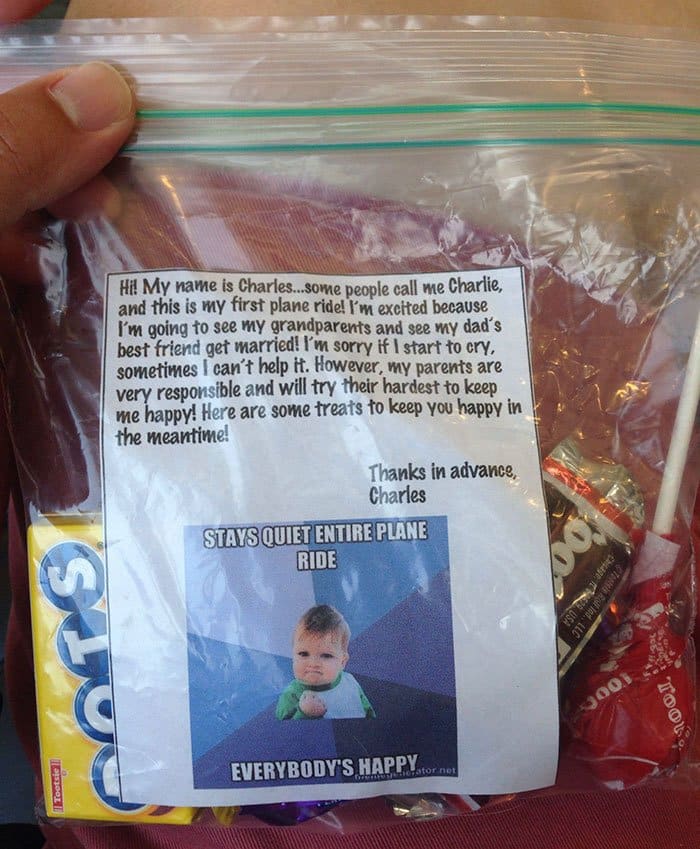