Miami is the last city of America that any person would think to have some of the awe-inspiring buildings for architecture. It’s more known for its beaches and nightlife, but buildings and architecture? Highly unlikely.

Now, Miami’s cityscape is rapidly growing as new developments are built month upon month. While’s there’s no specific building that defines the city, it is still booming and rising as the next architectural capital of the country. 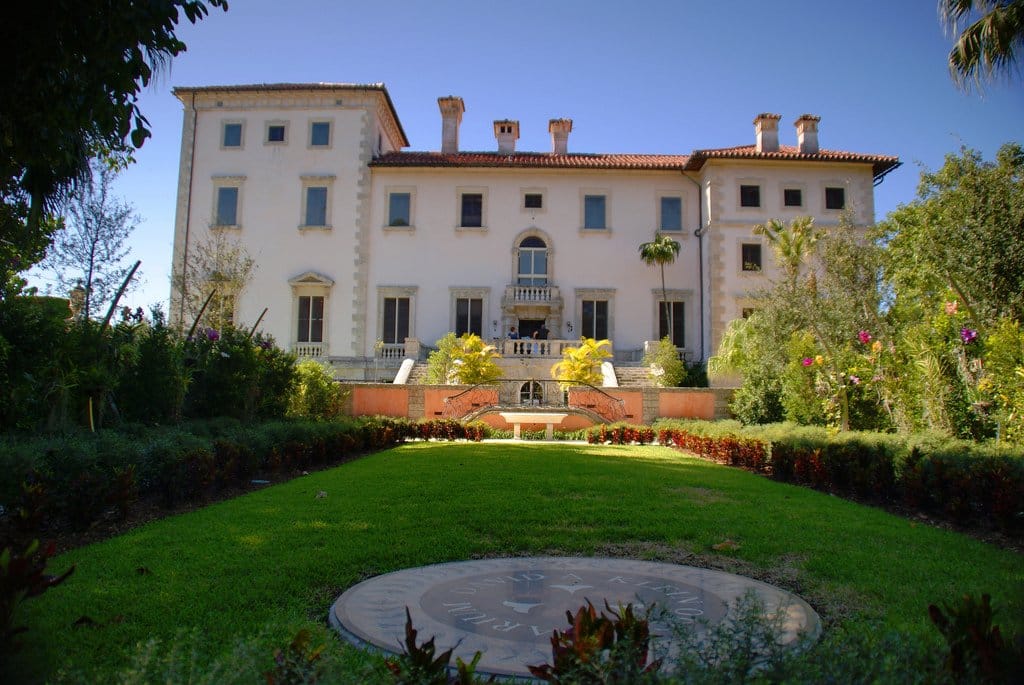 Italian Renaissance and Baroque architecture combined is what Villa Vizcaya is known for. Formal gardens common to palaces, over-the-top opulence is the defining factor of this development. Lavish since 1910, it now operates as an art museum. 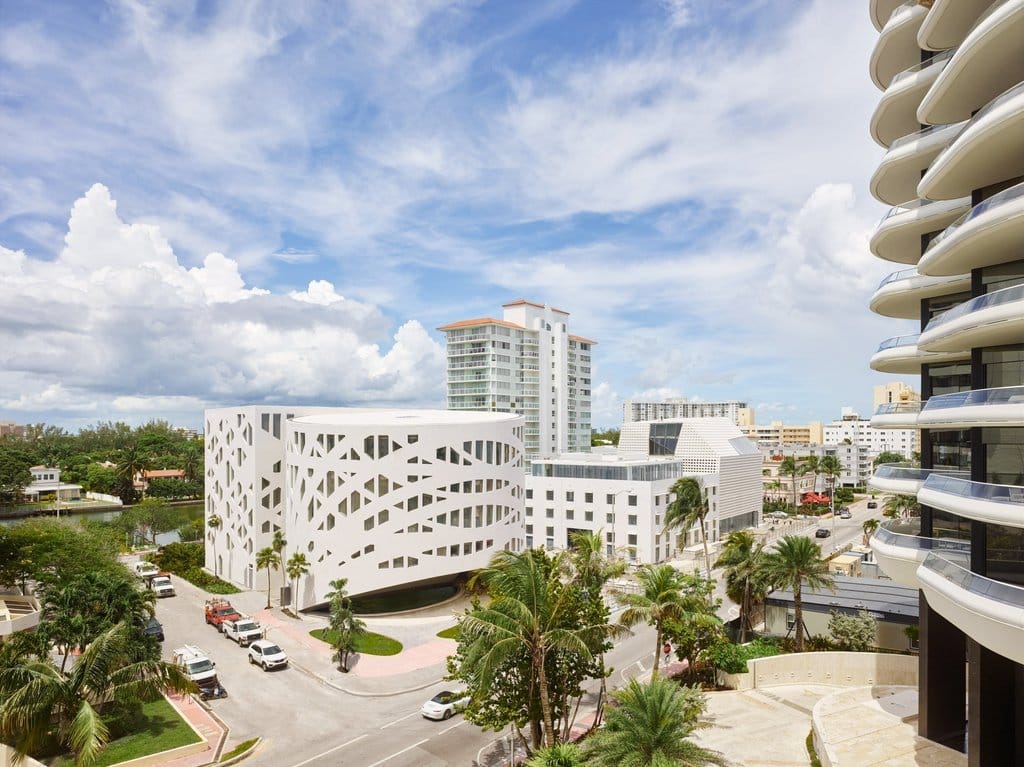 Taking its inspiration from Teatro Colon in Buenos Aires and the Forum in Rome, the Faena Forum is a 50,000 square-foot building located in Mid-Beach. Designed by Pritzker winner Rem Koolhaas and the Office for Metropolitan Culture, the building features large and flexible spaces for performances and events. 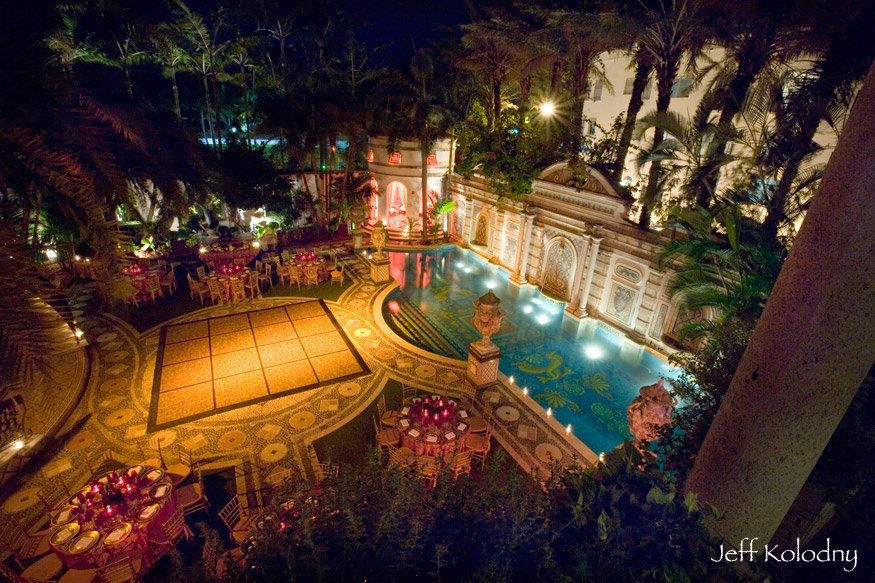 Originally built by the heir of Standard Oil, this mansion was then bought by Gianni Versace in 1993 for $2.9 million. The famous designer poured in around $33 million in renovations. Casa Casuarina features a “million dollar” pool made of 24k gold tiles. 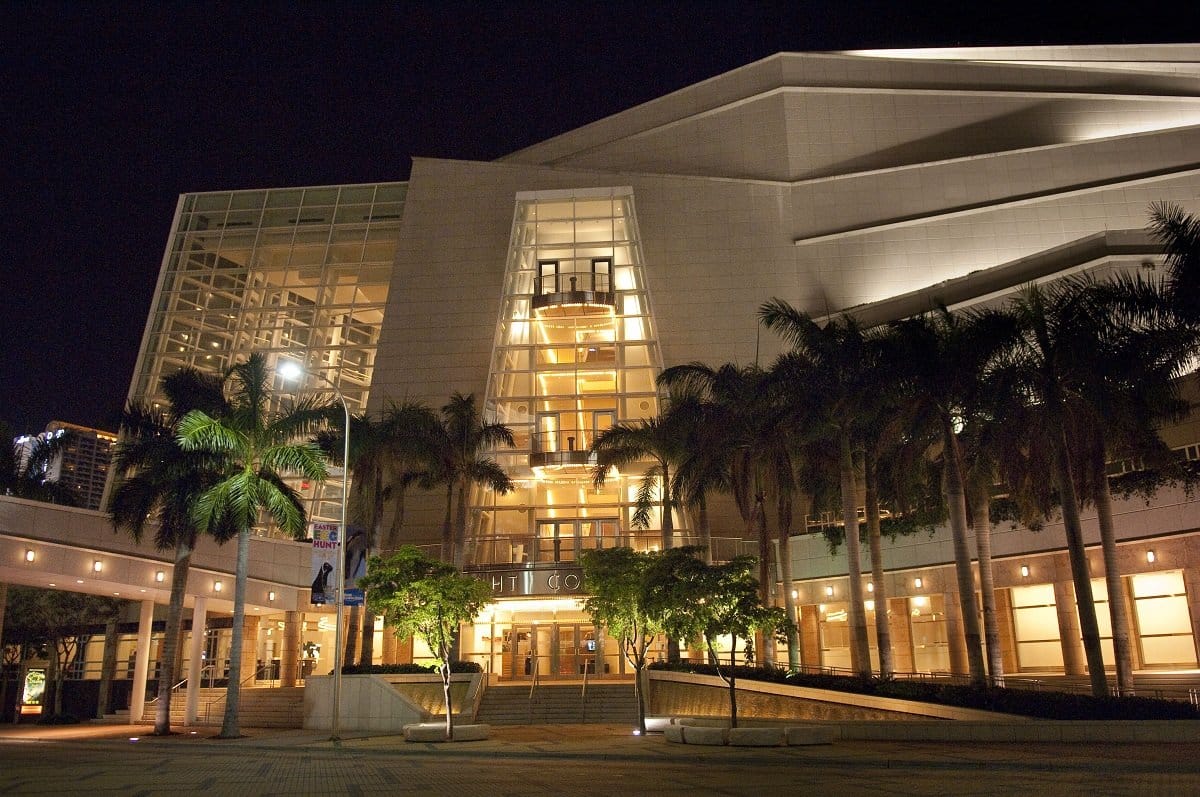 Built by Cesar Pelli, the Adrienne Arsht Center is made up of a crystalline complex consisting of two main buildings, the concert hall and the opera house. It also features design based on Afro-Caribbean motifs. 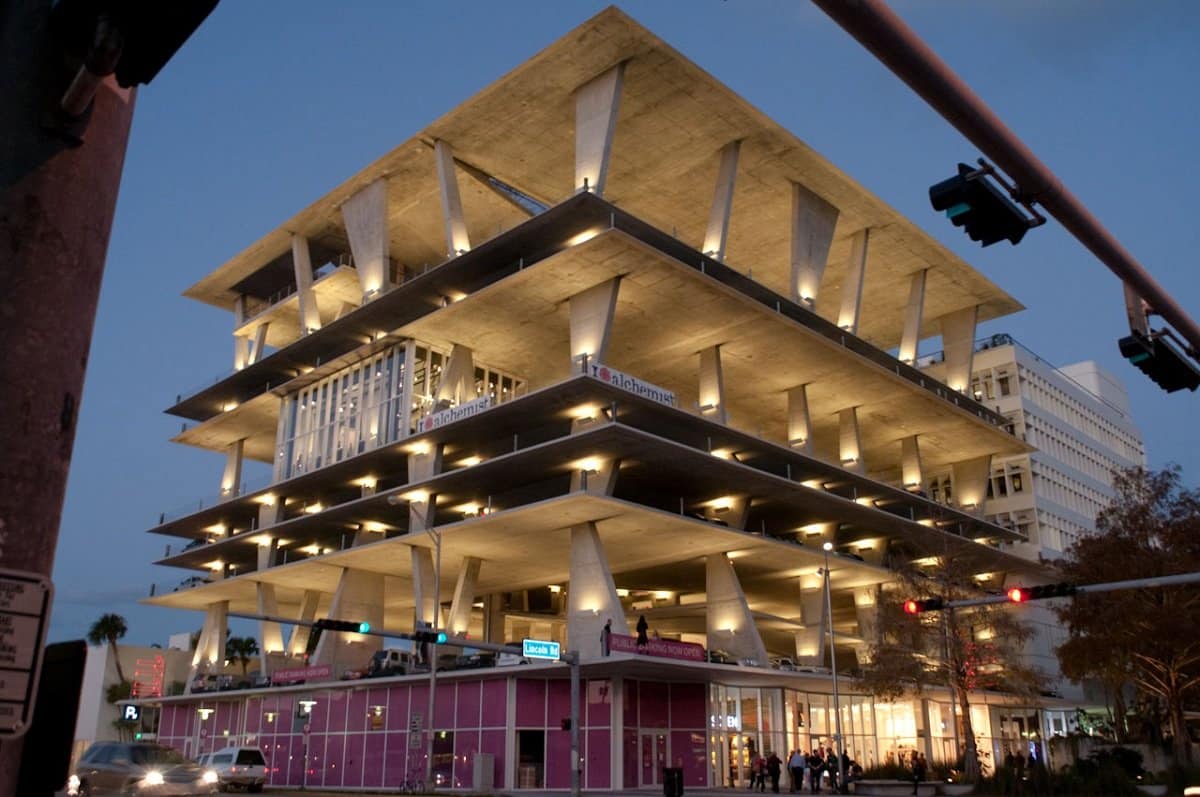 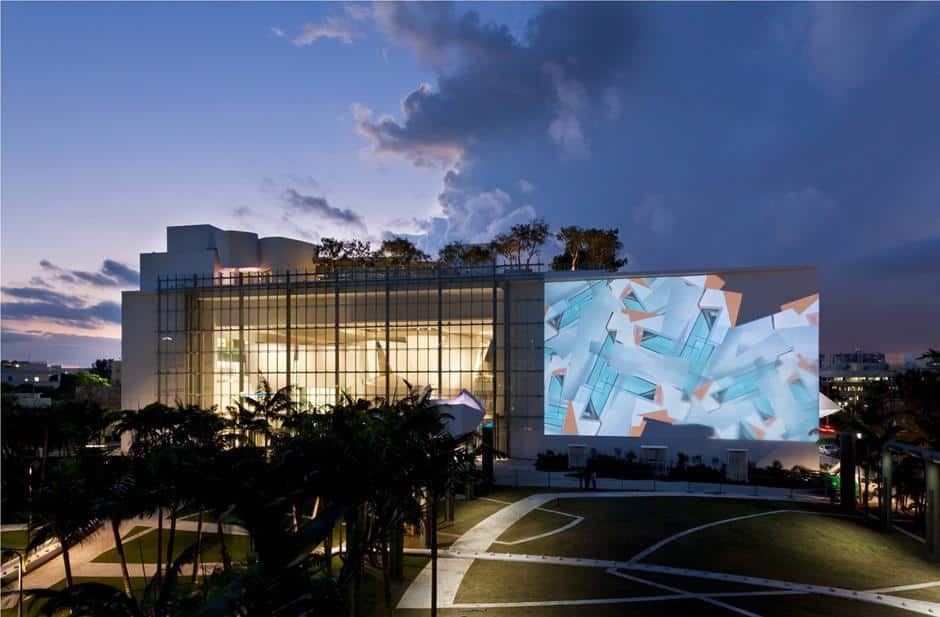 The New World Center is known for its huge 7,000 square foot exterior projection wall that allows the crowd to watch the performance held inside from the outside while enjoying the gardens. The building was collaborated between famous acoustic engineer Yasuhisa Toyota and Frank Gehry. 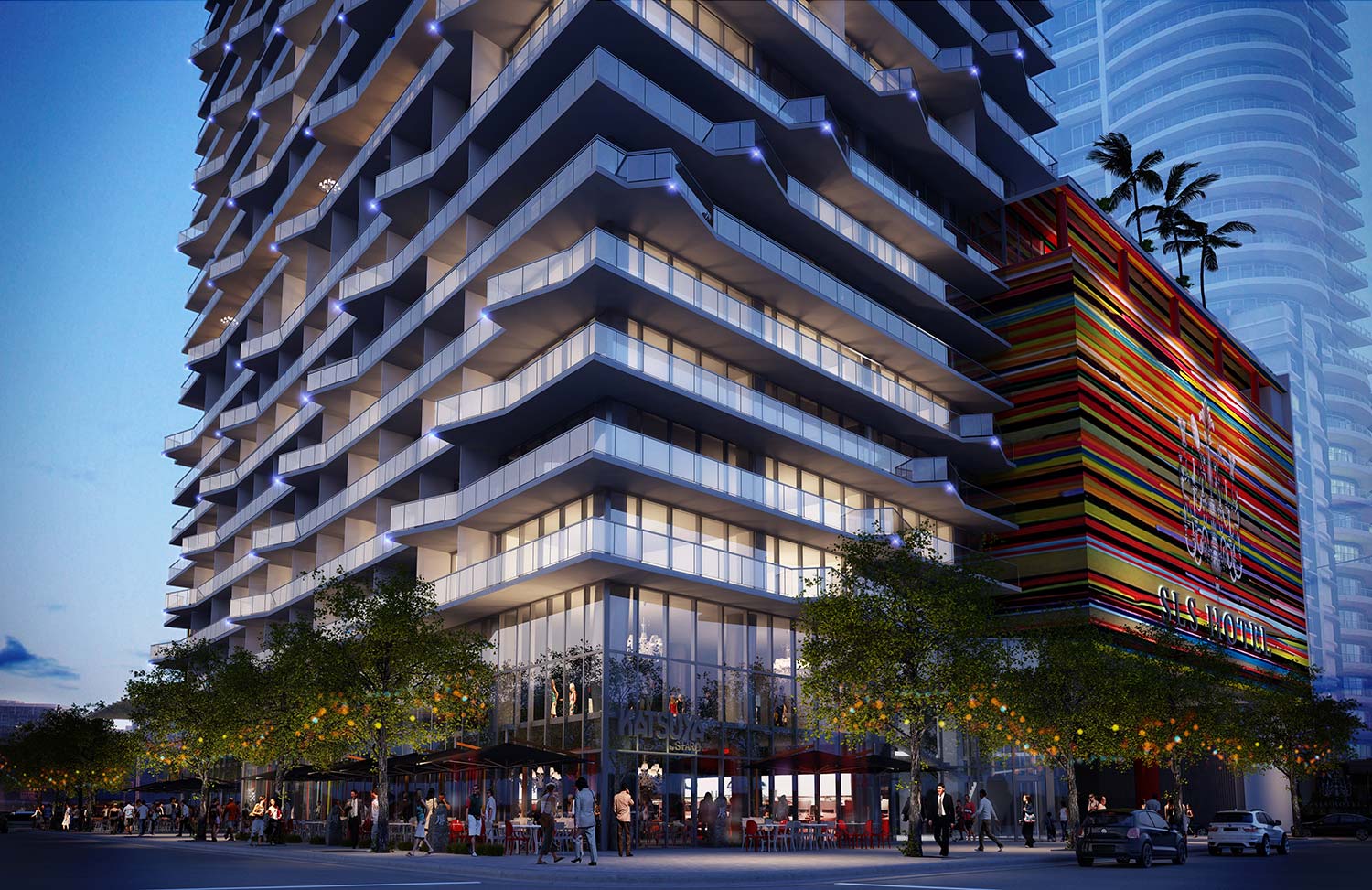 The SLS Brickell Hotel and Residences was, built by one of Miami’s respected architectural firms and designed by Philippe Starck. Sleek lines and reserved luxury is what this elegant building is all about.

8. The Biltmore in Coral Gables 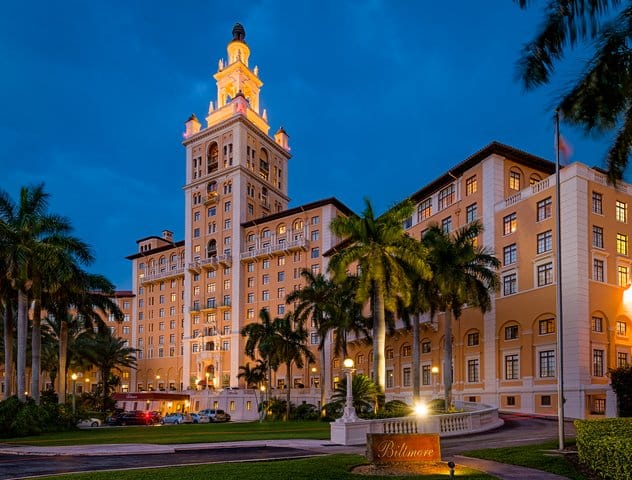 The Biltmore used to be the tallest building in Florida and it also boasted the world’s largest pool. It’s a mix of Mediterranean- Beaux arts. The dramatic ceilings, Arabian tiles and palm trees will instantly get you to relax and have fun. 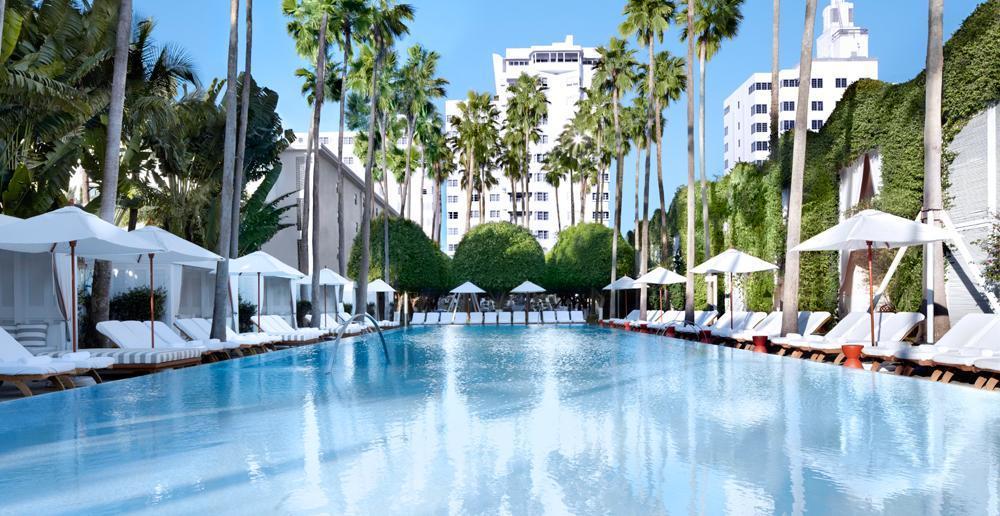 Another famous luxury boutique hotel in Miami, The Delano is deco in style and was revamped by famous French designer Philippe Starck. 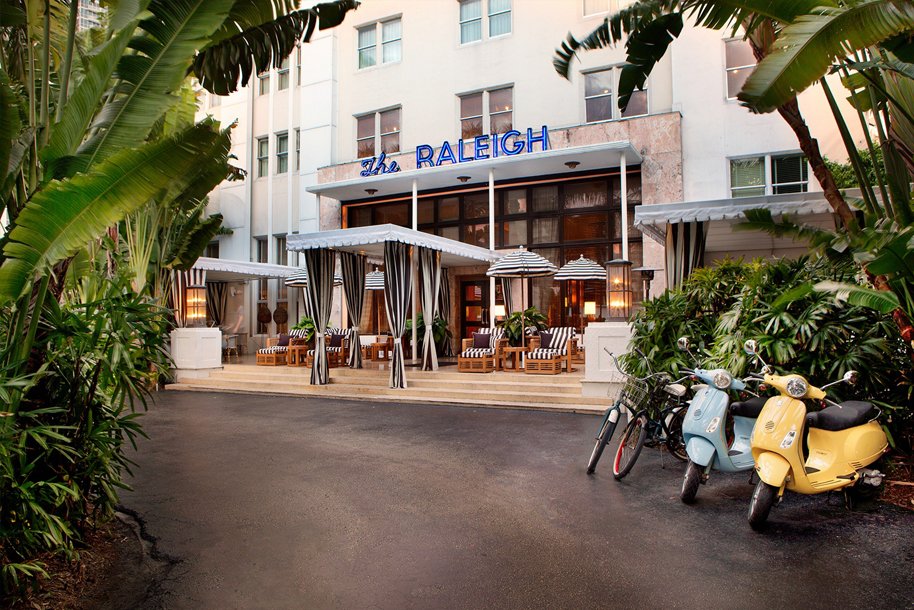 Considered the grande dame of all Miami hotels, The Raleigh was one of the last masterpieces of Art Deco legend Lawrence Murray Dixon. It was bought by Hilfiger Hospitality and is currently being planned to be turned to a private member’s club. 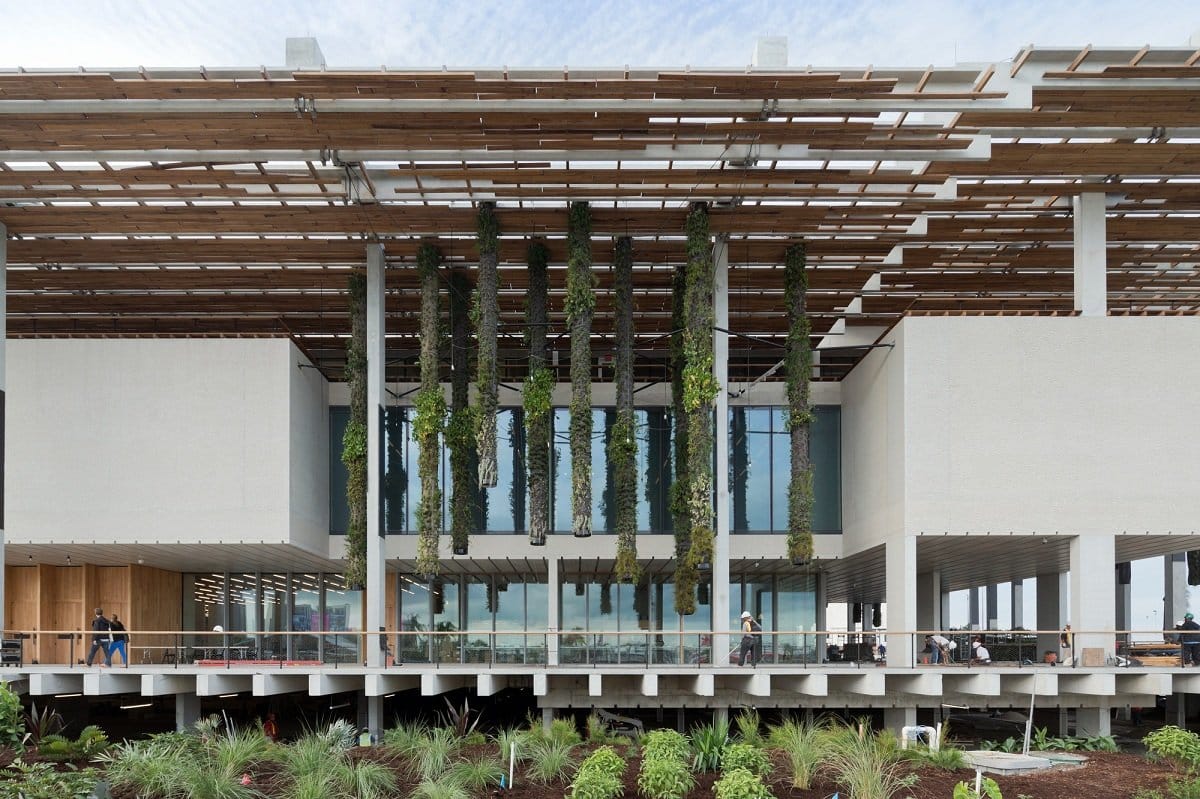 Another Herzog and de Meuron masterpiece, this 200,000 square foot structure is a work of art in itself. Hanging gardens and amazing views from all sides of the structure, the Perez Art Museum, that houses the vast art collection of art collector Jorge Perez, will bring out the creative person in you. 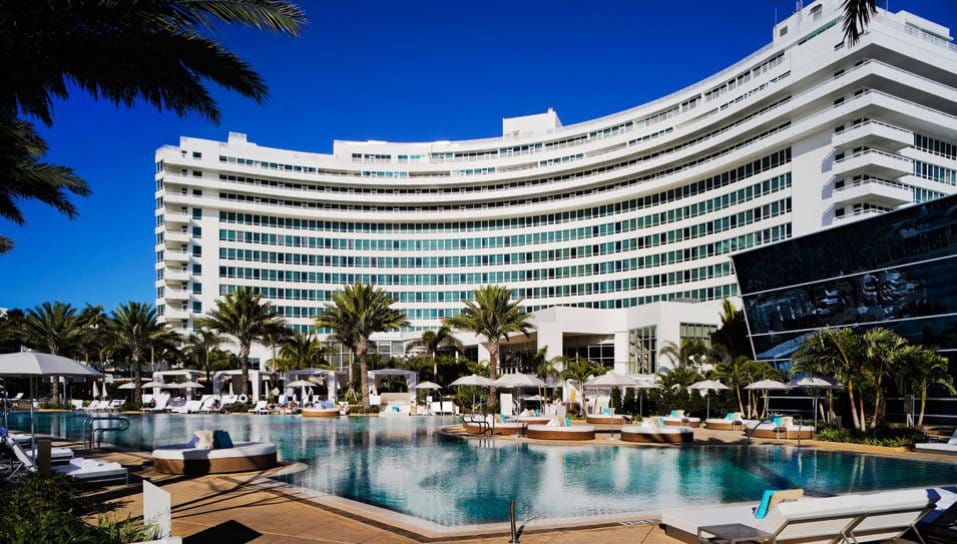 Apart from it being one of the locations in films such as “Scarface”, “The Bodyguard” and “Goldfinger”, the Fontainebleau serves as the model of luxury hotels in Miami. It was designed by famous architect Morris Lapidus.