A bizarre video showing a creature with a human upper body and a fish-like tail being pulled from lake by men in biohazard suits has emerged online.

Allegedly captured in Poland, the two-minute video clip begins with a group of men in biohazard suits surrounding the strange being lying on the banks of a river.

Moments later, the men lift the creature which appears to have a large fish tail.

A group of men in paramedics attire then comes into the scene and moves a stretcher in place. The men in biohazard suits then place the supposedly mythical creature on the stretcher which was wheeled away to an unknown location.

No information about the incident has emerged since.

The mysterious being was spotted by a lake in Poland. 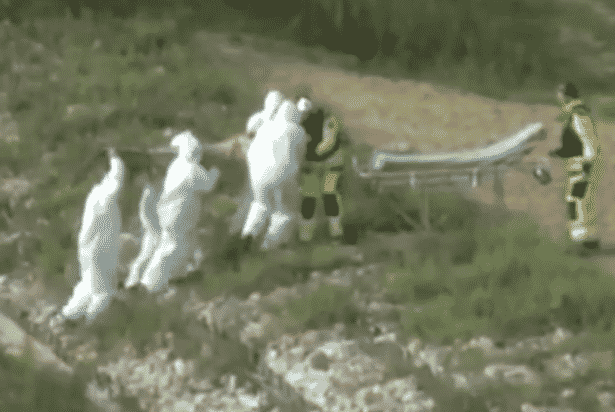 Men dressed in biohazard suits transferred the fishy creature to a stretcher. 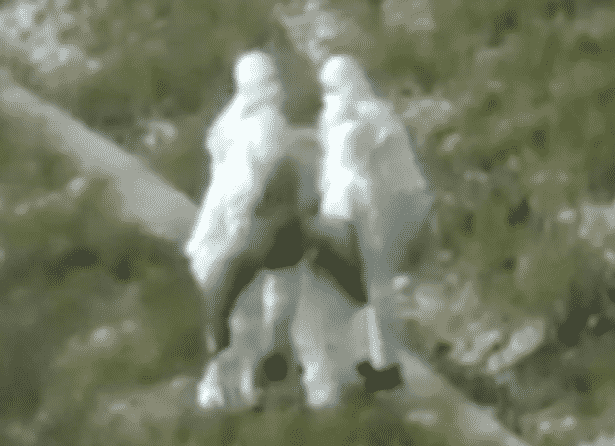 Undeniably, the bearded ‘merman’ was clearly visible in the footage.

A group of men in paramedics attire comes into the scene to assist the group. 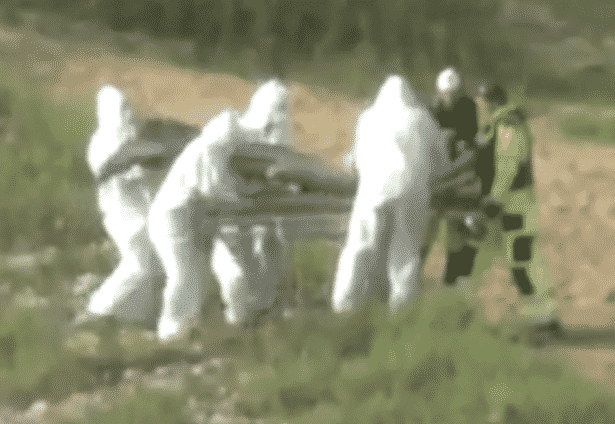 The ‘merman’ was wheeled away to an unknown location. 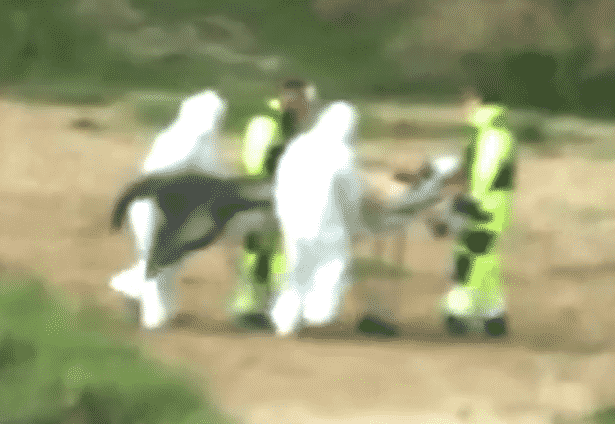 While many believe that the mysterious video is an indisputable proof that mermen do exist, some netizens speculated that whole scene was a hoax or a scene being filmed for a movie.

Watch the bizarre footage below.