Mayon Volcano in the Philippines is one of the country’s famous natural forms that stimulated tourism in the province of Albay. The active volcano, renowned for its perfect cone shape, recently erupted, with Albay declaring a state of calamity as lava started to flow to nearby communities.

Along with this natural phenomenon, the legend behind Mayon Volcano is making the rounds. Not many know that the majestic Mayon tells a story of an ill-fated romance between a tribe princess and her warrior lover, Pangaronon. What’s more fascinating is that this year’s volcanic outburst produced ash clouds that resemble the two star-crossed lovers.

Many people think this year's eruption is quite fascinating for one reason. 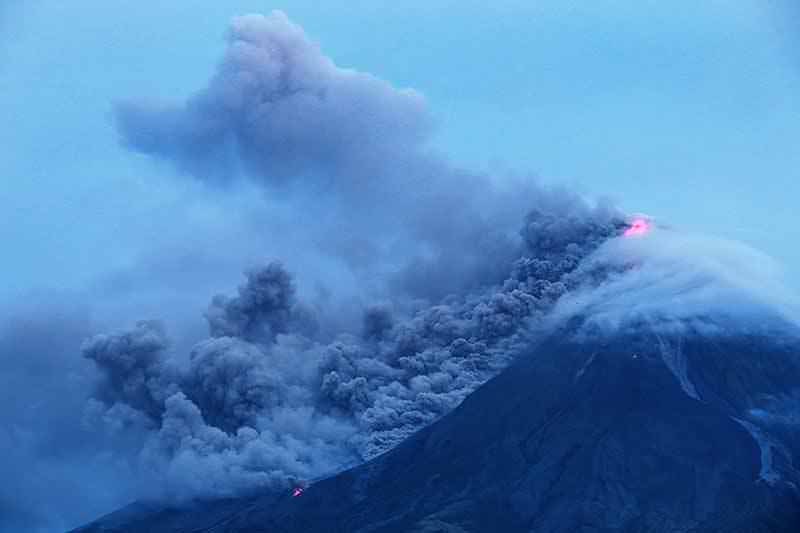 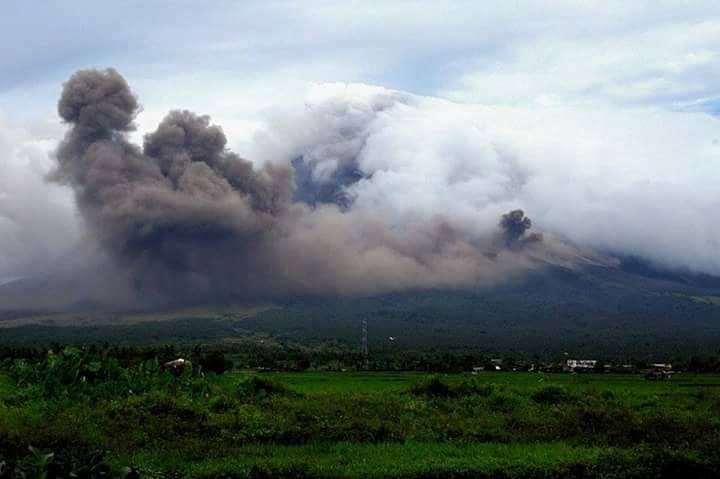 The romantic legend of Magayon and Pangaronon then started to make the rounds online. 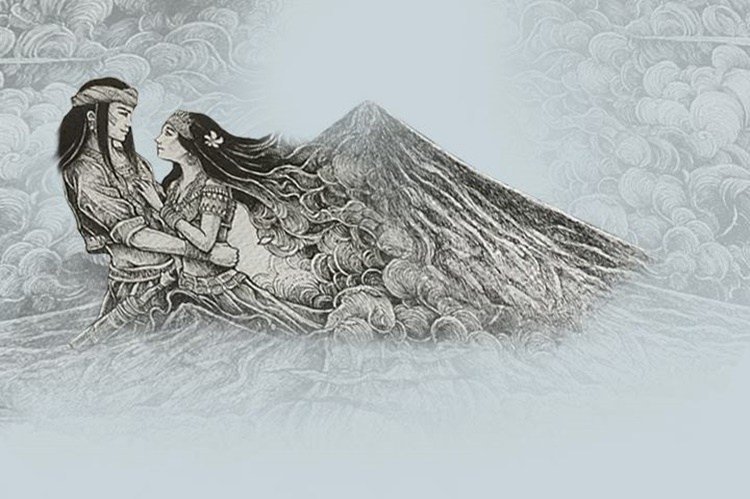 Long ago in a place called Ibalon, there lived a beautiful maiden. Her name was Daragang Magayon (the lovely one). She was the daughter of Makusog (the strong one), chief of the tribe.

One day, Daragang Magayon strolled near the river. While crossing the river, she stumbled on a rock and fell quickly into the water. She was swiftly swept downstream by the current.

“Help! Help me!” she cried. Fortunately, her cries were heard by Pangaronon (the proud one) and his bodyguard Amihan (the cold one). Pangaronon jumped into the river and saved Daragang Magayon.

“Thank you for risking your life to save me”, she cried. “How can I repay you? My father is the chief of our tribe. Surely, he will reward your heroism whatever it may take.”

Her beauty immediately captivated Pangaronon. He realized that he had finally met the perfect woman for him. At the same time, Daragang Mayon was instantly attracted to him.

Panganoron asked Makusog’s permission to marry Daragang Magayon. But Makusog could not permit them to marry. Tribal law forbade marriage outside of the clan. As tribe leader, he had to enforce the law. Yet, as a father, he wanted to make his daughter happy.

Meanwhile, Patuga (the eruptive one) learned about Panganoron’s intention. Patuga was the most ardent suitor of Daragang Magayon. For years, he had been convincing her to marry him, but to no avail.

One night, Patuga and his cohorts kidnapped Makusog. Then, he sent word to Daragang Magayon that her father would die if she did not marry him. Without a choice, she acceded. Only then did Patuga release Makusog. Soon Patuga and Daragang Magayon were wed. But in the midst of the merrymaking, pandemonium broke out when Panganoron and his men arrived.

Fighting ensued between the two tribes. In a few minutes, Panganoron fatally struck Patuga. However, during the skirmish, a poisoned arrow shot from nowhere, fell on Daragang Magayon’s breast.

Panganoron rushed to her aid and as he kneeled over the dying Daragang Magayon, an enemy hacked his head off.

After the battle, Daragang Magayon was buried and her death was mourned all over the land. Where she was put to rest, a mountain mysteriously appeared.

This mountain is now known as Mayon. It is said that even in death and in another form, she is still haunted by the men who loved her. When Mayon is said to erupt, this is Patuga challenging Panganoron. But when Mayon is calm, Panganoron is embracing her. The tears of Panganoron are shed as rain at times in his grief.

Mt. Mayon rises at a height of 2,462 metres (8,077 ft) and is located 300 km southeast of the capital, Manila. Renowned as the “perfect cone” because of its symmetric conical shape, it is the primary landmark of the province of Albay and attracts a significant number of visitors every year. The volcano is one of Philippines’ most active volcanoes, erupting twice over the weekend. 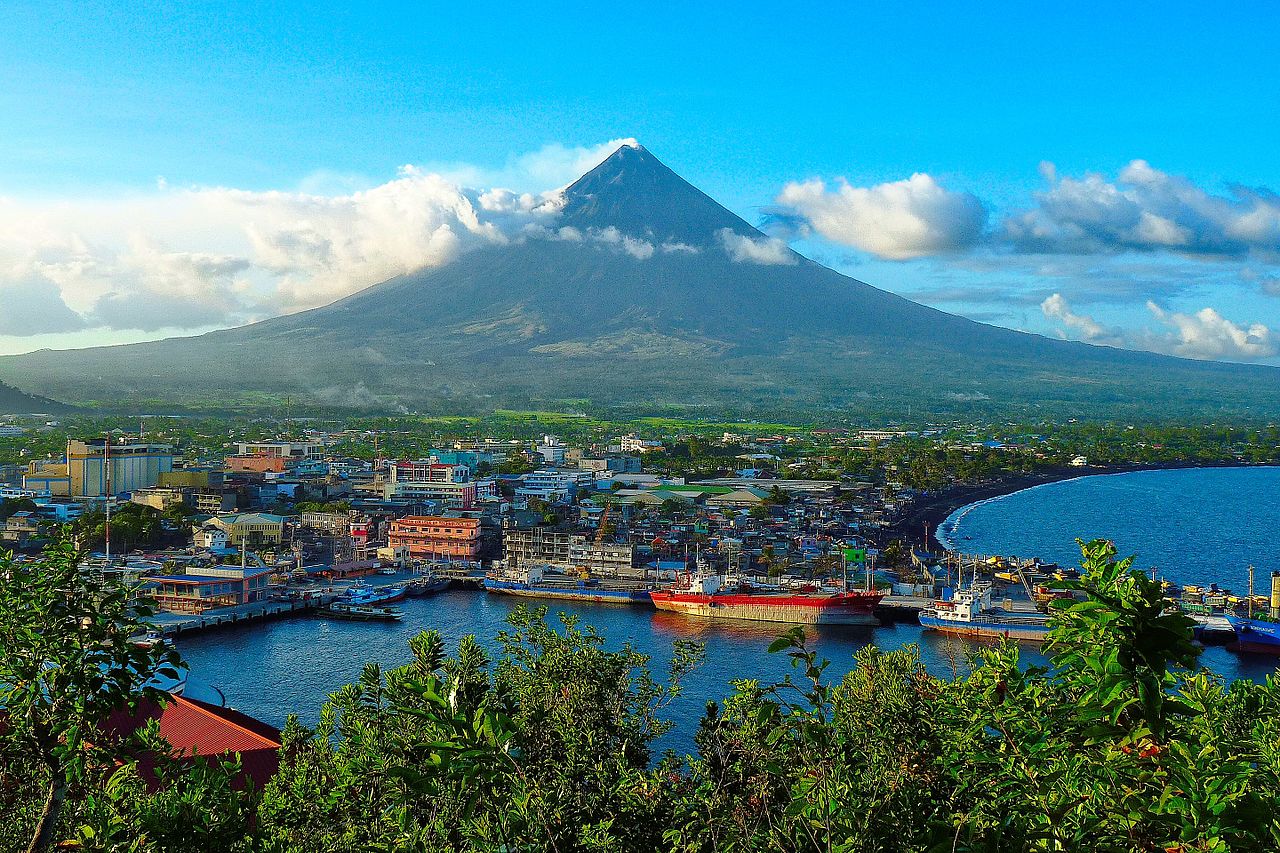 Being a part of the Pacific Ring of Fire, Mayon Volcano recorded almost 51 eruptions for the past 400 years. While the legend tied to it may be a reminder of how rich in beautiful stories the Philippines is, it shouldn’t make us forget the fact that imminent major eruptions continue to be feared and that the majestic Mayon is dangerous at the moment.

What do you think of the Mayon’s legend? Sound off in the comments section below.