Weddings are usually memorable events where strong emotions are felt not only by the couple but even by their parents, families, and guests. It is, however, a rare thing to see a little boy in tears because his heart was touched by the said occasion.

This is what exactly happened as U.S. Marine Corps Sgt. Josh Newville and Senior Airman Emily Leehan tied the knot in a Ripley, New York wedding. 4-year-old Gage, Newville’s son was overwhelmed with emotion when he was invited to stand at the altar and as he listened to Leehan read a special vow she wrote for him.

Leehan began “I want you to be safe and to try your hardest and to be a good person” which instantly prompted Gage to tears. 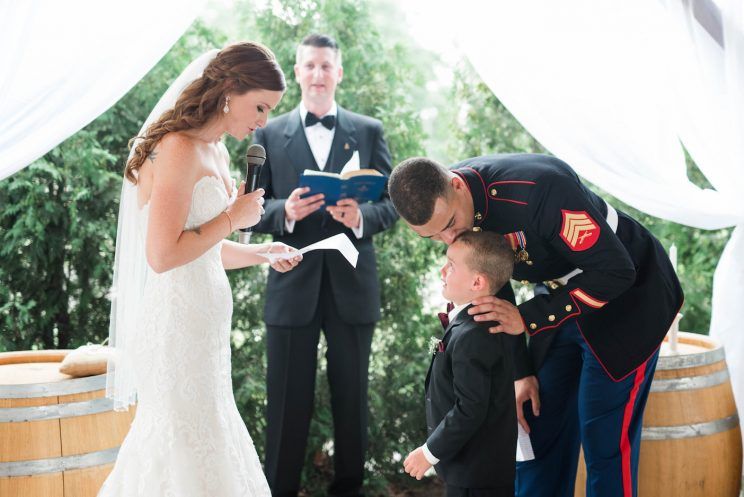 “I know that you and I will butt heads. But I hope with all my heart that as you become a grown man, you will understand my methods and realize I have only done what is best for you and that I love you. The last thing that I hope you learn is that you are a very special boy. You are so extremely smart, handsome, and kind to others. You have helped shape me into the woman I am today. And I may not have given you the gift of life, but life surely gave me the gift of you.”

Needless to say, there wasn’t a dry eye in the crowd. 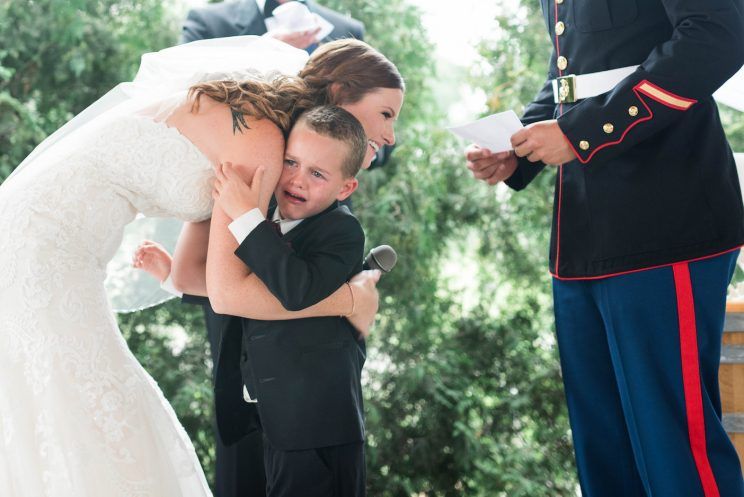 The video immediately went viral as it garnered a lot of attention online.

As for people speculating that it was probably stage fright that caused the boy to burst in tears, photographer Jessica Husted told Yahoo Style:

“You should have seen him walk down the aisle — I don’t think anything was bothering him. He made his entrance to the reception with a Darth Vader mask on. This kid is totally fearless.”

“I think he totally understood. He could feel all of the emotions in the room and all of the love, and he just fed off of that, especially when Emily started talking directly to him. I think to a point he absolutely knew what was going on, even being that young.”

Michael Gallagher, a videographer and a family friend, also confessed:

“It was so emotional that I actually walked away from the ceremony and left my camera just recording because I was crying so much.” 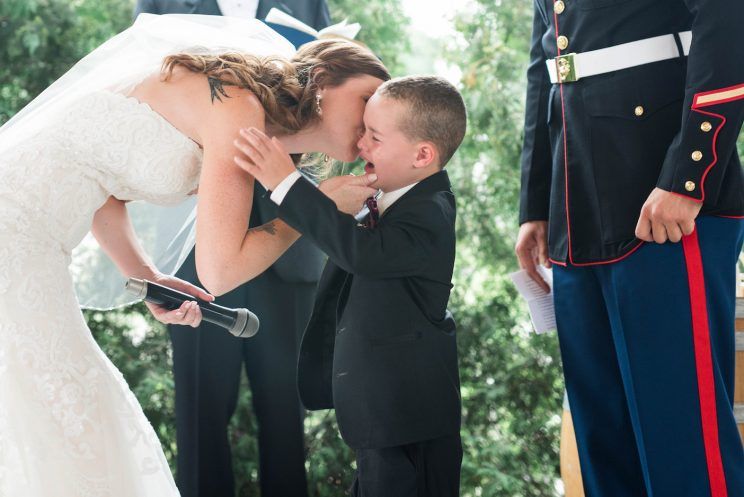 “As his mother I can say she’s an awesome addition to the family and they love each other so much. He’s got so many people that love him, and I wouldn’t have it any other way!”