Owning a pet is not easy. You have to give them their specific food to keep them happy and healthy. However, some of these meals are not readily available or easy to find.

So when Christopher Ingraham and his family adopted a young bearded dragon lizard, he ended up having a really good story to tell the internet. All he wanted was to be a good owner and feed his pet well, but he quickly realized that having a lizard as a new pal is certainly not as easy as, say, having a dog. 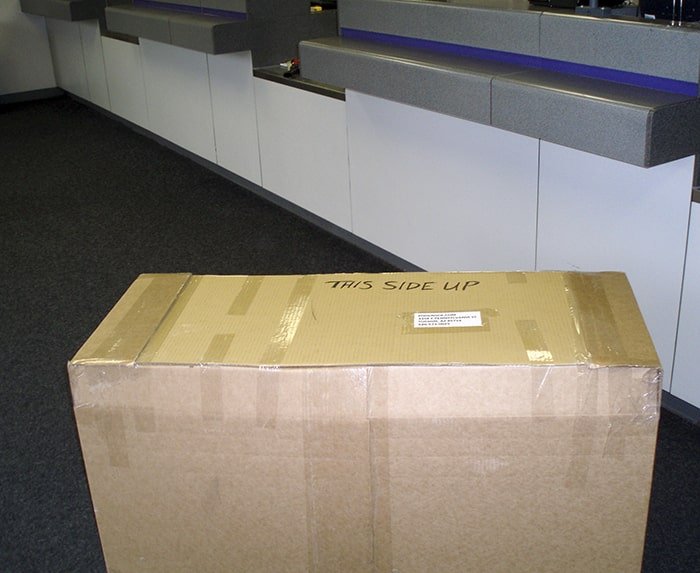 You see, Christopher’s new pet lizard eats crickets, so he decided to order them in bulk to prepare for the feeding. The crickets were shipped via FedEx, and he quickly opened the large package after it arrived.

Unfortunately for Christopher, the live crickets were not shipped in a container and he accidentally released 250 of them in his house! 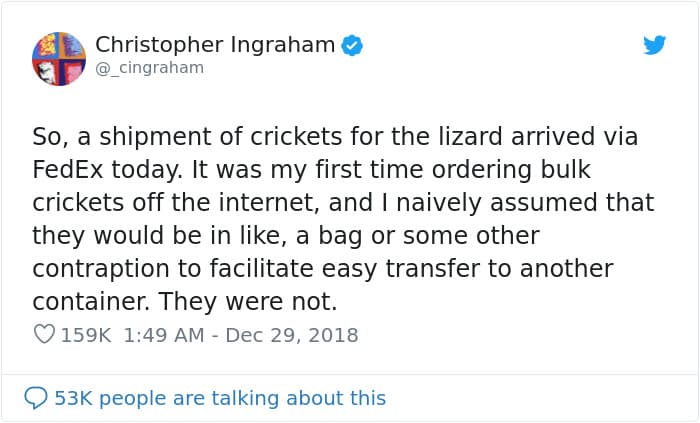 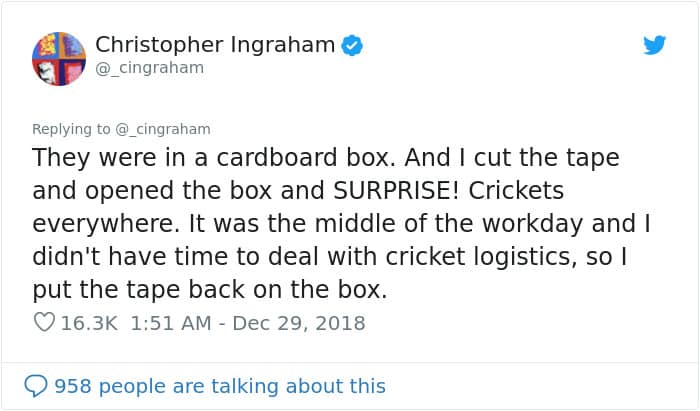 “This was a conundrum. There was no immediate way for me to transfer 250 clearly active and ravenously hungry crickets from the box to the shallow plastic container we store them in at home.

Rather than upend my workday for the sake of $11.50 worth of Internet crickets, I decided to retape the box and store it in a secure location until I had time to deal with it” 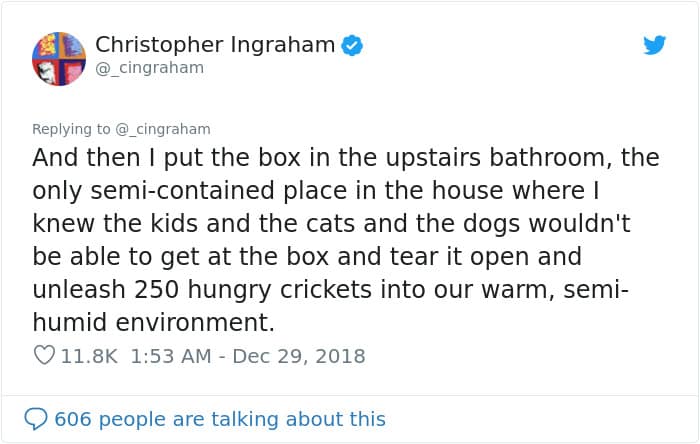 Christopher shared that he thought puttinng the box in the bathroom was the best choice at the time. He placed it in the cabinet above their toilet. Thinking that everything was fine and settled, he went back to work. “For about 20 minutes, everything was quiet,” he said. 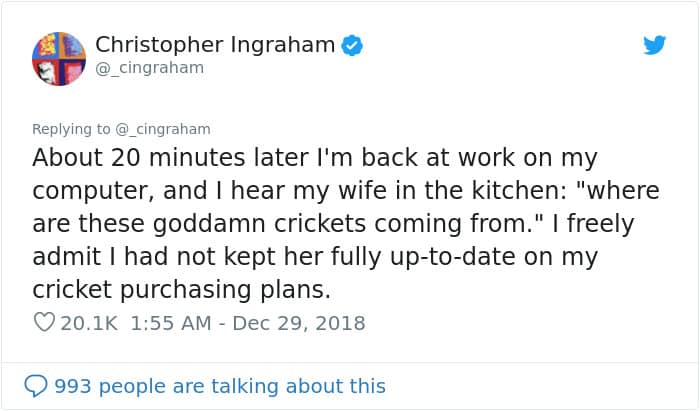 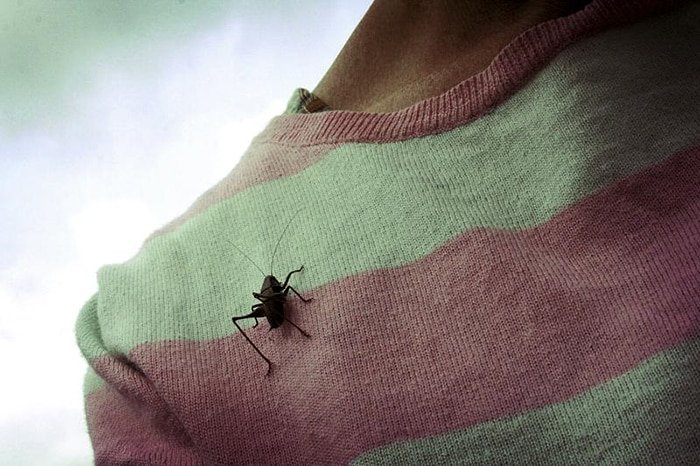 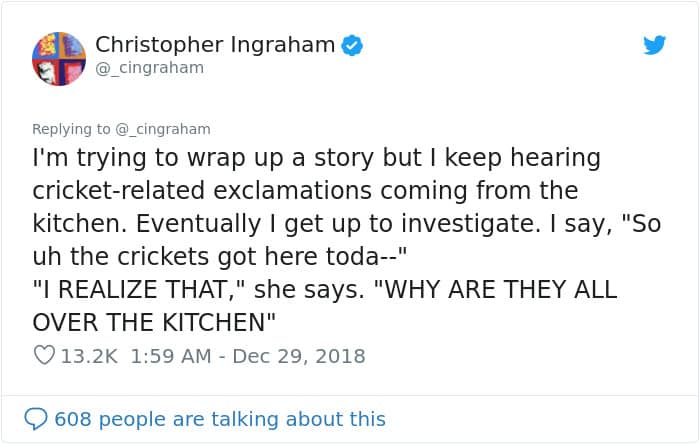 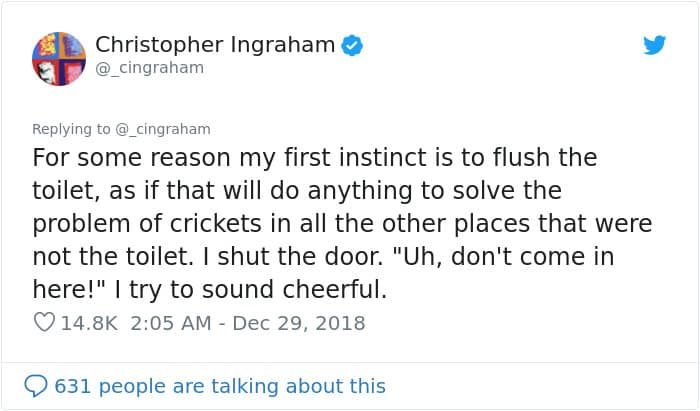 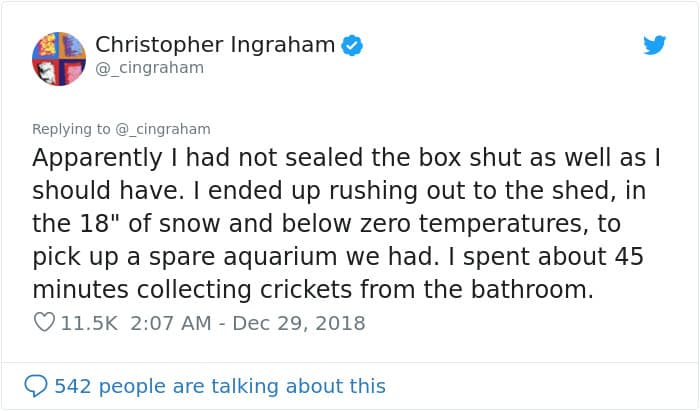 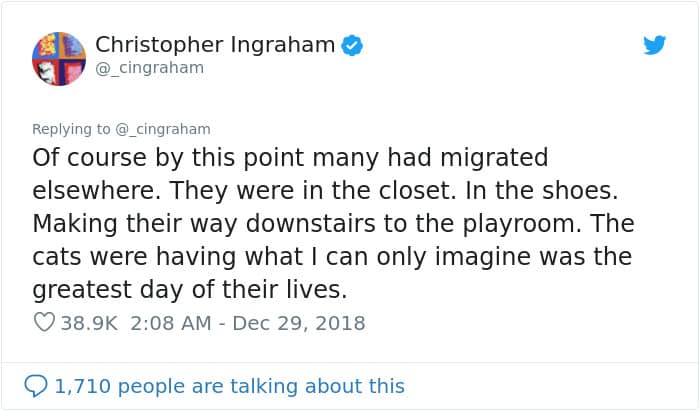 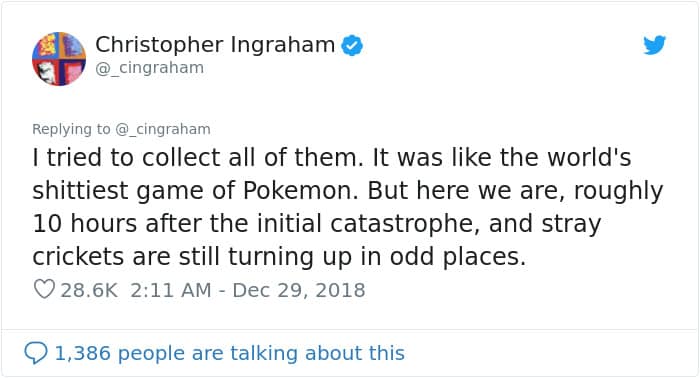 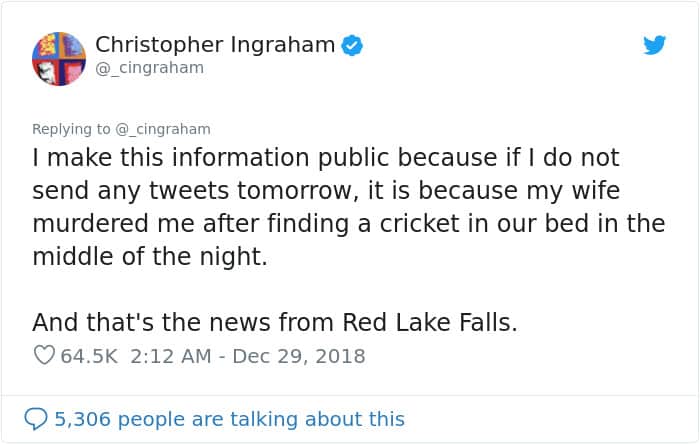 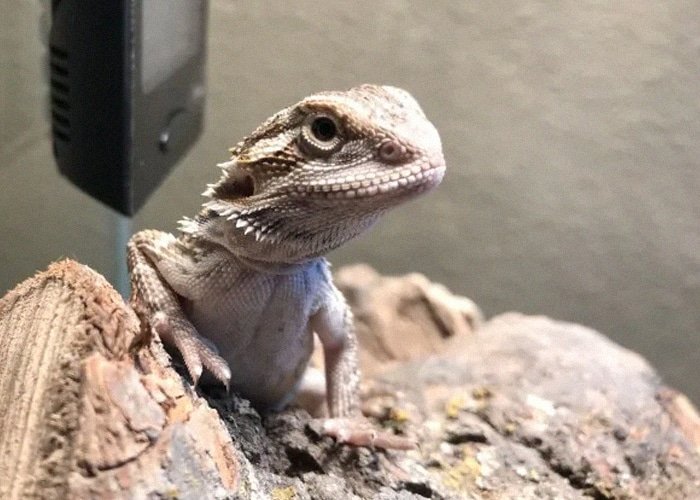 “I’m happy to report that as of Saturday afternoon, I am alive. The lizard is well-fed. The cats are sleeping deeply. The Ingraham household is finally still. But something’s chirping in the bathroom.”