A 36-year-old “very confused” Redditor posted his story on the online bulletin board recently, detailing a tale with a twist. What started as an entrapment scheme to catch his housekeeper stealing turned into something he least expected.

User feelingveryconfused confessed his relationship woes on the site hoping other Reddit users could help him with his dilemma.

He and his wife had hired a 25-year-old nursing student to clean their house once a week.

Our housekeeper is a 25 year old LPN student at a local college. She came highly recommended by a pastor friend of mine who had used her to clean their house for a few years before he moved. She is an excellent housekeeper, no problems there.

“Rachel,” the new housekeeper did an excellent job. 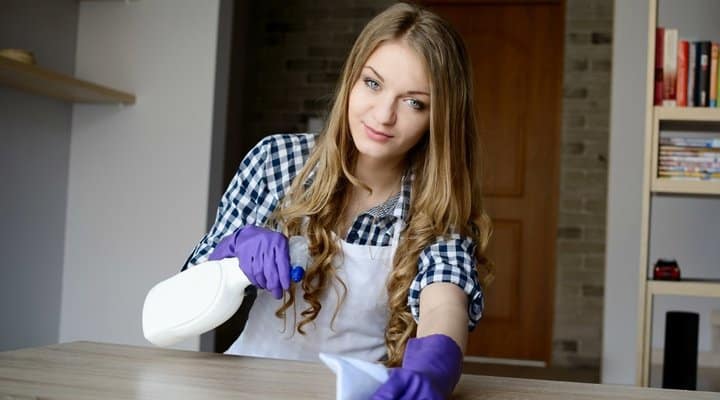 There were no problems for a while until he noticed his Seiko watch was missing. Frantic, he searched for the watch for a whole week only to find it had mysteriously reappeared on the dresser the same day “Rachel” came to clean.

About a month ago I noticed that my Seiko watch was missing. I looked for it for a whole week, and then magically it appeared back on the dresser the day she cleaned. I questioned her about it and she said she found it behind the dresser, however, I remember looking behind the dresser very well because … well I assumed thats where it would have fallen. 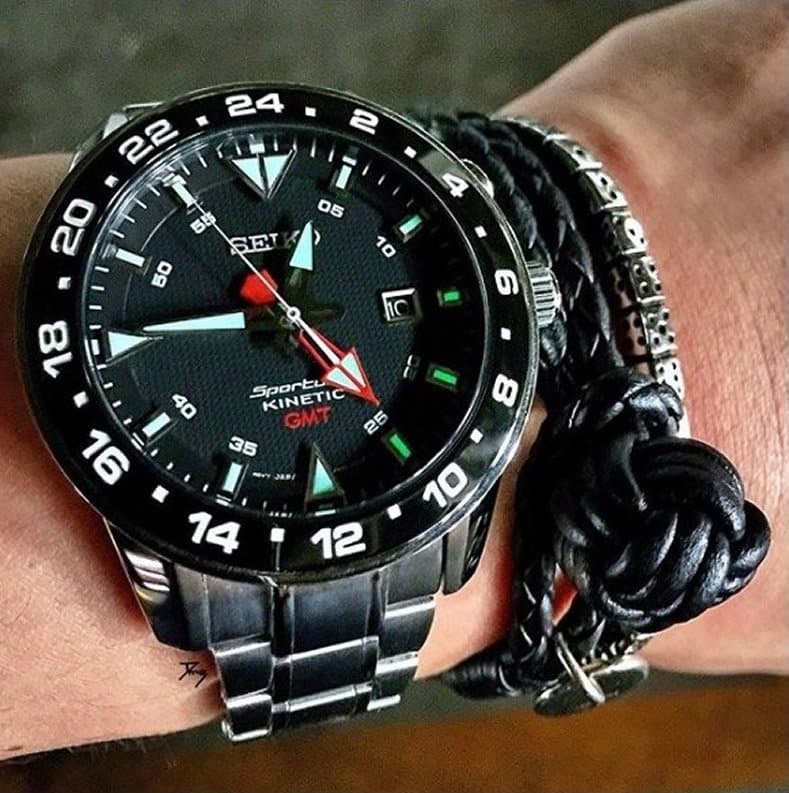 Afterwards, he started noticing things strangely appearing, reappearing and getting moved around over the course of time.

There were other things over the last year that got moved around or suspiciously missing but then reappeared but you get the idea. I was so sure that I had looked behind the dresser I decided to set up a trail camera kind of nestled behind a bookshelf overlooking our bedroom, and more importantly, all of our expensive stuff like jewelry and handgun (yes in a small locked handgun safe).

Worried about his and his wife’s jewelry, and even their handgun, he decided to set up one of his old trail cameras behind a bookshelf in their bedroom.

He was determined to catch the housekeeper in the act of theft. 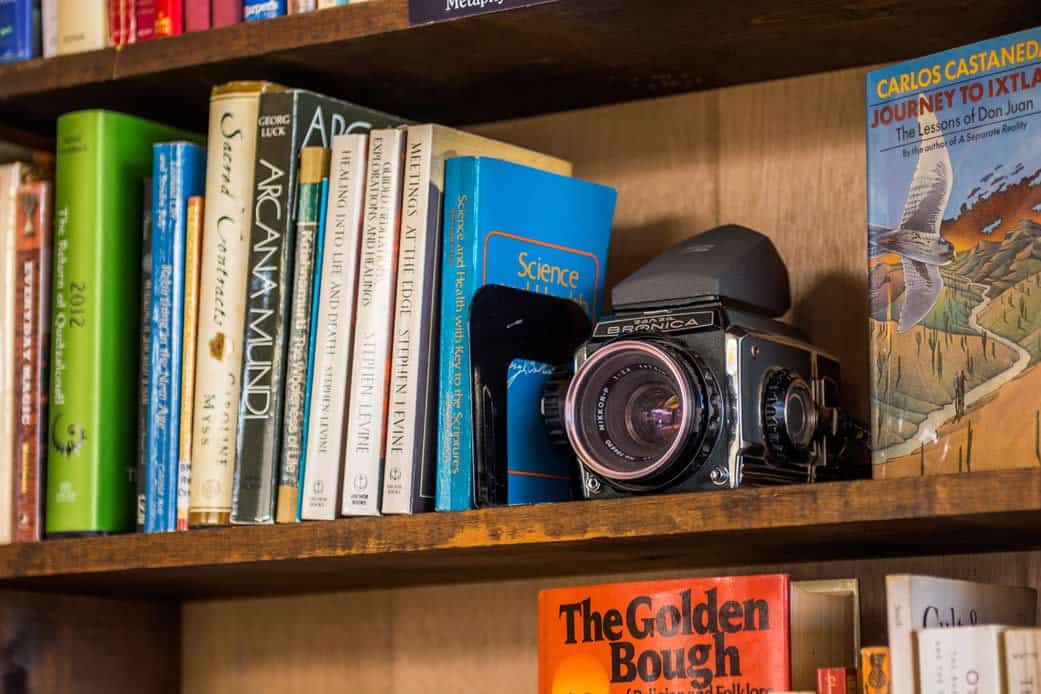 After the hidden camera had been in position for two weeks, the man monitored the feed and saw “Rachel” spending a lot of time cleaning the closet. When he checked inside, the space was clean but a bag of his and his wife’s toys had been moved.

The camera has been up for 2 weeks now, and last week (she cleans on mondays) and I noticed her spend a curious amount of time in our closet, but otherwise nothing out of the ordinary. Its also just picture mode so its hard to tell exactly whats going on.

When I got home that night I checked the closet and could see that she appeared to have moved our “toy” bag if that makes sense., everything appeared to be clean, so I had no idea if she had actually messed with anything inside or not.

Had the housekeeper messed around with their marital aid items? 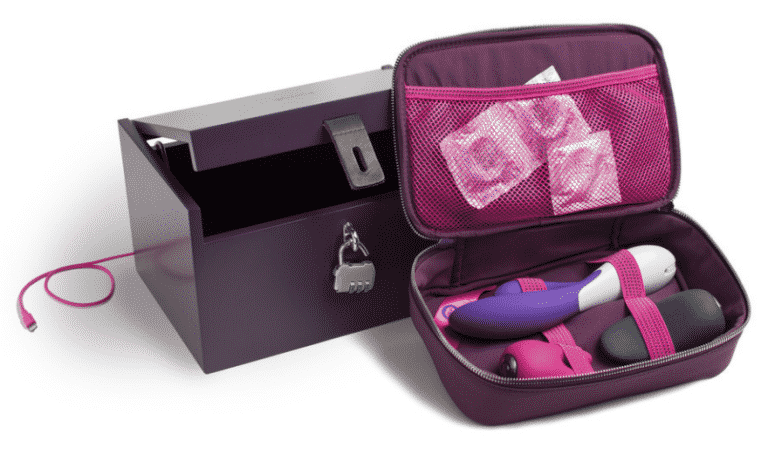 After coming back from a business trip, he waited until everyone in the house was asleep and checked his camera’s photos.

I decided to wait and see if anything more concrete would surface. This week, I went out of town monday morning (06/20) for a 1 night business trip, and I got back late last night. After everyone was in bed I took the card out of the camera and checked the pictures.

What he saw made him want to vomit! Another photo showed “Rachel” going into the closet and coming out with the bag of marital toys. Then she lay down on the couple’s bed and made good use of a vibrating egg.

He saw “Rachel” come into the bedroom and begin cleaning the closet. 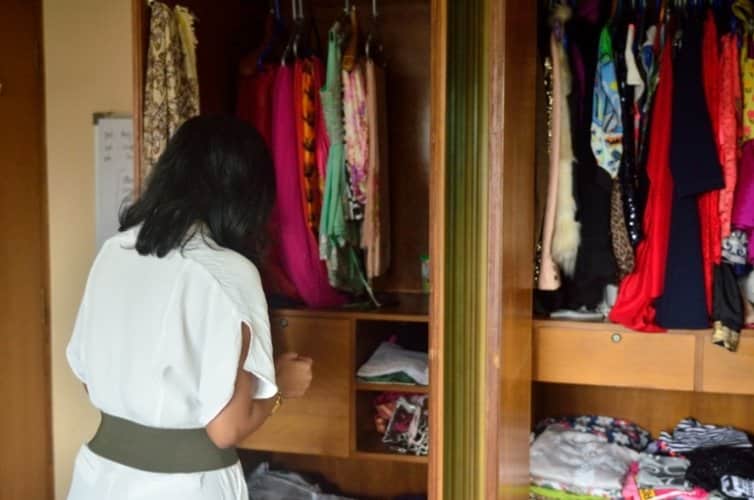 What I saw made we want to throw up. You can see her come in and start cleaning, and then after about 30 minutes there’s another picture of her going into the closet, and then coming back out with the toy bag. She lays on my bed, right where my wife usually sleeps, and starts to play with a vibrating egg. Its hard to tell exact toys because of the resolution, but this one has a cord so I’m pretty sure.

“Rachel” going to town with a deeply personal item. 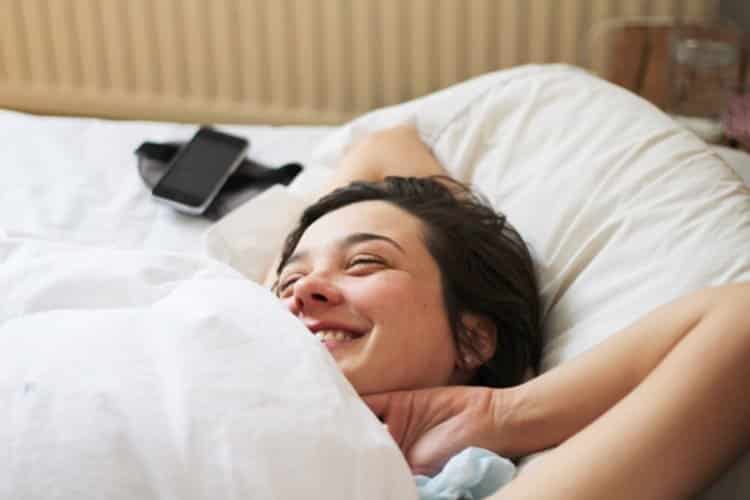 In the next few images, the man’s wife walked in and sat on the bed. At this point, the man’s heart started pounding hard.

The next thing I see is my wife walk in, and sit on the bed. If she was surprised I couldn’t tell from the pictures. My heart started pounding. I am thinking that my wife just caught her in the act! Why hasn’t she told me about this????

His wife just caught the housekeeper in the act, why didn’t she seem surprised? Why wasn’t she doing anything?

She and the housekeeper talked for a while. Then suddenly, the photos showed “Rachel” leaning over and the next picture shows her burying her face between my wife’s legs!!

Viewing the images, the man began to feel faint.

Of all 57 pictures from the feed, 15 showed “Rachel” and his wife going at each other enthusiastically, and even using some of the toys during their act.

At no time was there any kissing, but I could have missed it. Just purely sexual. All total there were 57 pictures, but only about 15 of them were related to this. Its really hard to piece the whole story together with pictures (there’s a 1 minute delay on the camera between pics, plus it has to be triggered by motion)

Feelingveryconfused was feeling very confused indeed. He was aroused by the whole scenario, but felt nauseous over the fact that his wife had cheated on him with another woman.

They had previously discussed the possibility of doing a three some after she admitted being curious about doing it with another woman. However, they never acted on it.

Seeing his wife go on ahead and satisfy her curiosity without him felt like a betrayal. 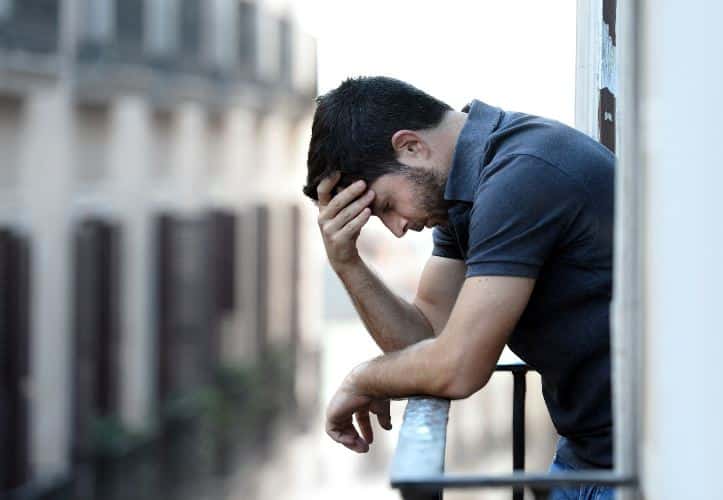 The Redditor gave vent to his confused emotions on the site. Not sure whether to file for divorce, he sent his wife a text message instead:

“Wife”, you know I suspected “Rachel” was stealing from us? Well, I set up my camera in our bedroom. I did this to catch her, but it obviously caught something else. I’m not mad at you, I just feel betrayed. Why would you do this without talking it through to me?

What happened to the wife-and-housekeeper-situation? Nobody knows. Feelingveryconfused never updated his subreddit after posting about confronting his wife with a text message.

So anyone’s guess is as good as ours.