There could be many reasons why men and women cheat. Sometimes boredom, unsatisfied needs and wants, thrill or revenge are the reasons infidelity happens.

When trust is broken in a relationship, it’s extra difficult for partners to forget about it and move on.

Affairs are sometimes the end of a relationship because it leads to insecurity, trust issues, disrespect, one way communication and constant fighting.

There’s a famous quote that says “Trust is like a paper, once it’s crumpled it can’t be perfect again”, perhaps this is one of the reasons why many people end up separated after getting caught since trust is one of the most important foundation in a relationship.

A boyfriend suspects his partner having an affair with another man but he has no proof to confirm if his hunch is true. This man asked for Dennis Cee and team’s help to look for answers whether his suspicions are true or just mere paranoia.

Watch Video of His Girlfriend Caught Naked with Another Man:

Dennis Cee and his team set up cameras and followed the girlfriend to different places she goes; they finally discovered that she’s indeed having an affair!

This busted girlfriend was mad with his boyfriend for following and confronting her, it can be seen in the video that her boyfriend is really upset and disappointed about her cheating on him. He told his girlfriend that she deserves what happened before leaving her naked on the cold street.

She's Busted, Two Men Left Her in One Night! 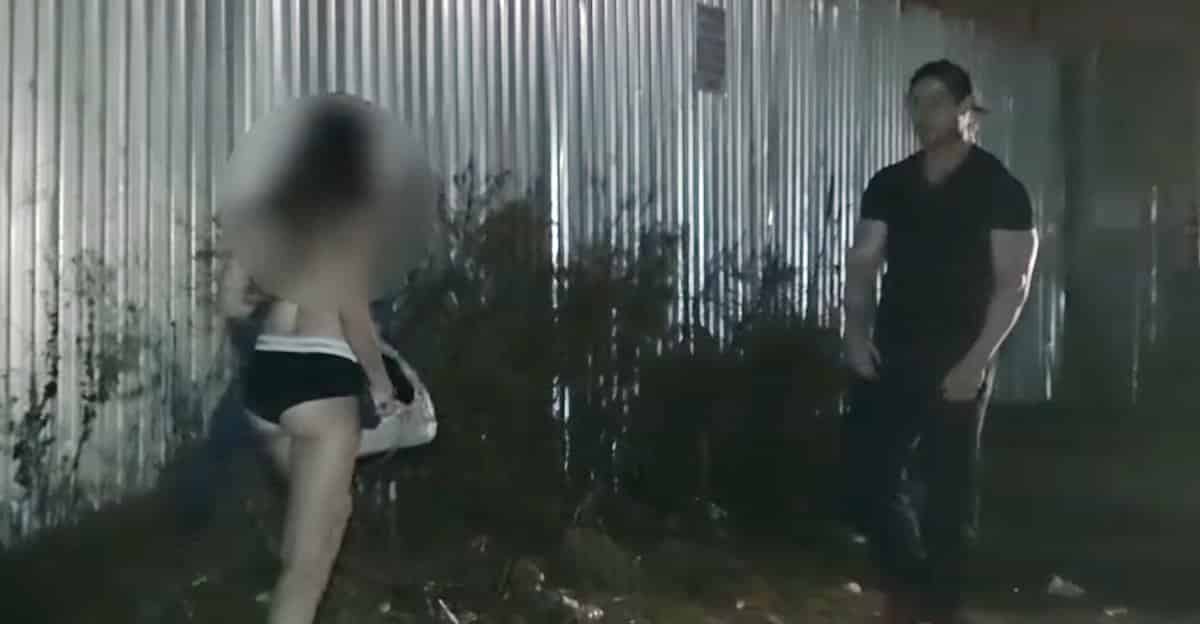 In one night, two boys dumped this girl (naked). I guess this video shows that self respect is important for other people to respect you. Most of the time engaging in affairs have bad endings; either you lose one or both of them.

Cheating is never an excuse to whatever problems being encountered in any relationships, it’s best to talk and solve the matter with your partner and if it doesn’t work, then perhaps breaking up is the best solution than having an affair.

Do you think she deserves to be left naked in a dark cold street? Let us know about your thoughts!