Paris, dubbed as the city of romance, is something you can find in everyone’s bucket list of must-see places. Dream travel destinations such as the famous Eiffel Tower, the legendary bookstore Shakespeare and Company and of course, who would want to miss the romantic Pont des Arts bridge? Each of these places are absolutely iconic.

Couples from different parts of the world come to visit Pont des Arts and leave padlocks or ‘love locks’ as a symbol of infinite love. It’s actually a tradition which began in 2008. Just recently though, authorities broke the hearts of many locals and tourists as these padlocks have been removed and now banned from the said bridge.

Armed with bolt cutters, city workmen began cutting the love locks open fearing that the sheer weight of the padlocks was putting the 19th century structure – and everyone’s safety – great at risk. Reports say that about 700,000 padlocks, with names of couples written on them and the keys tossed into the River Seine, have been there for years. 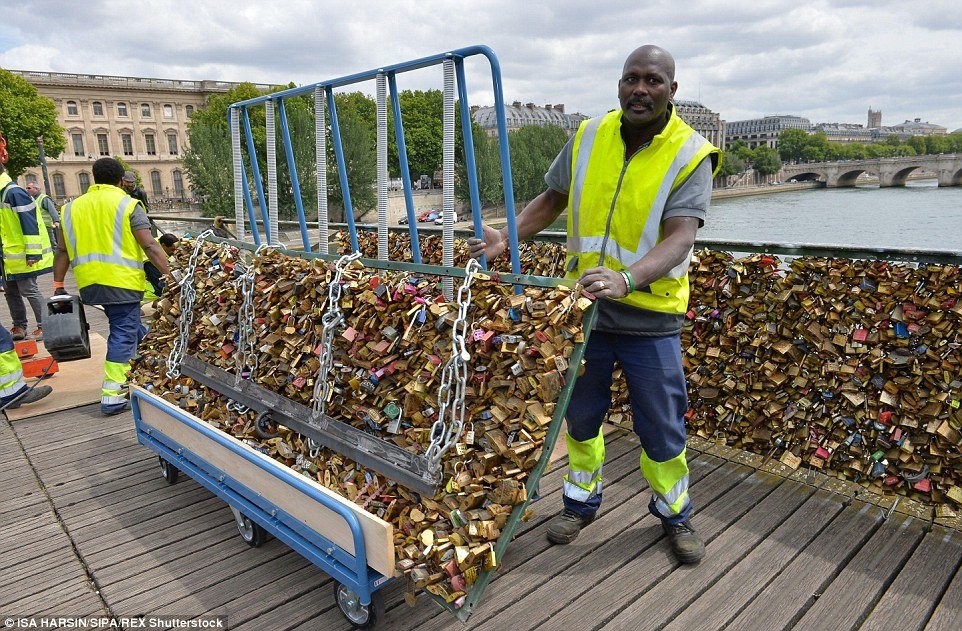 City workmen arrived early on a Monday morning with cutters and power tools to remove an estimated 700, 000 padlocks. 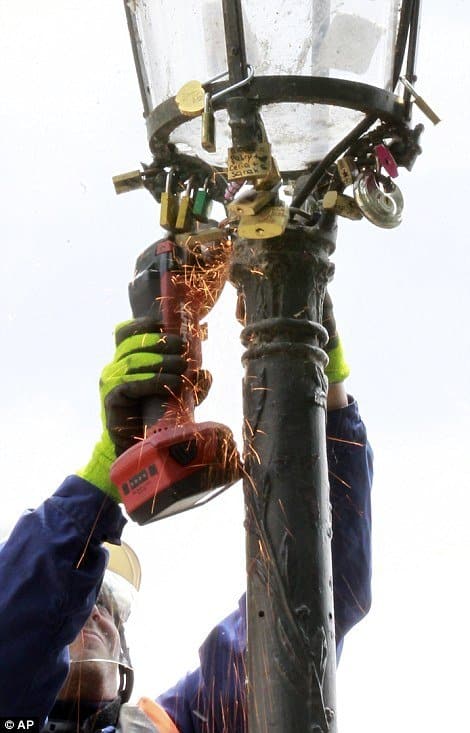 The act broke the hearts of many locals and tourists as the padlocks have been removed and now permanently banned from Pont des Arts bridge. 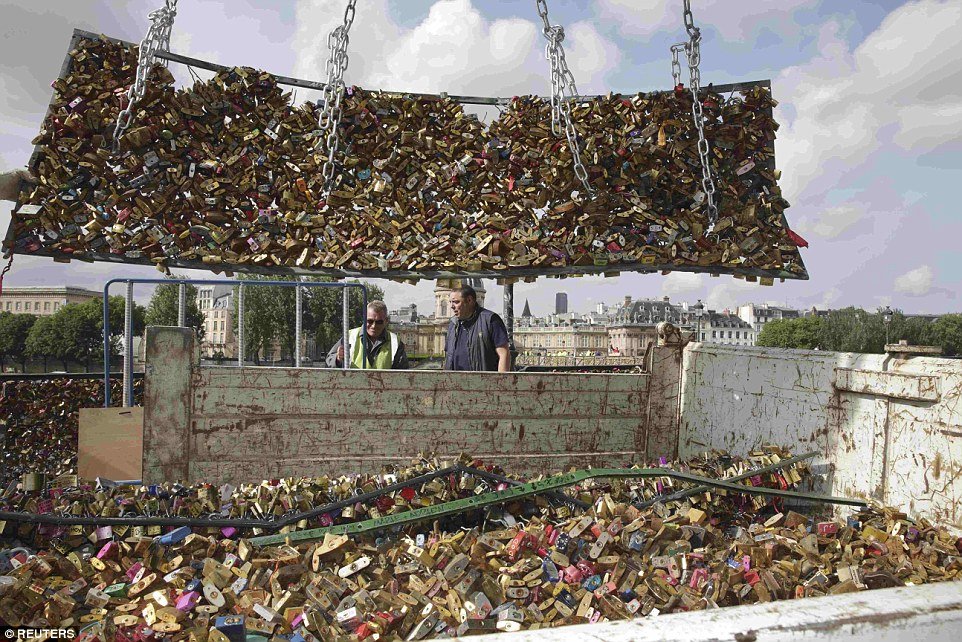 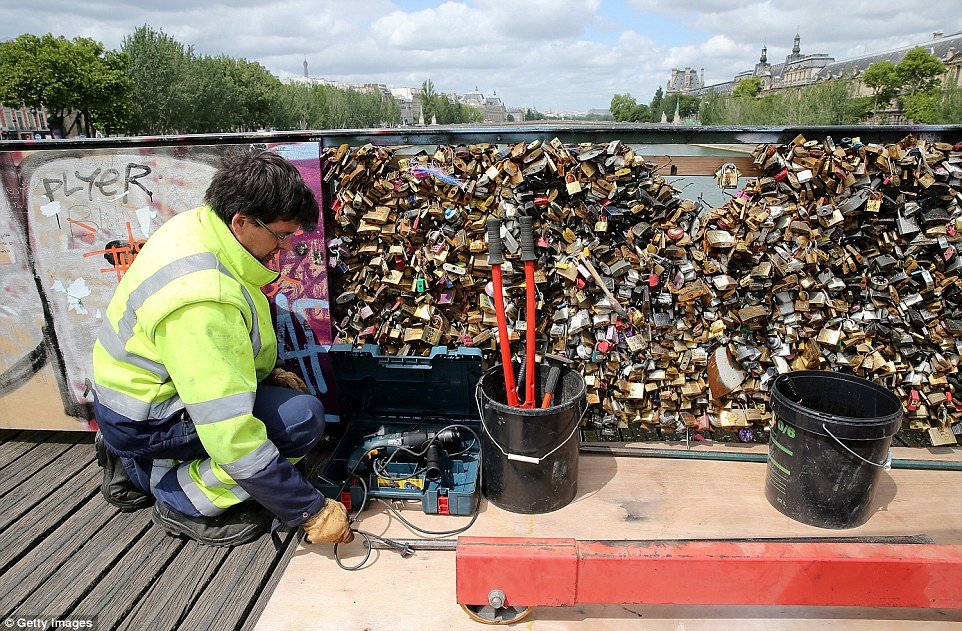 Health and safety officials fear that these ‘love locks’ could damage the iconic structure and risk the safety of the visitors. 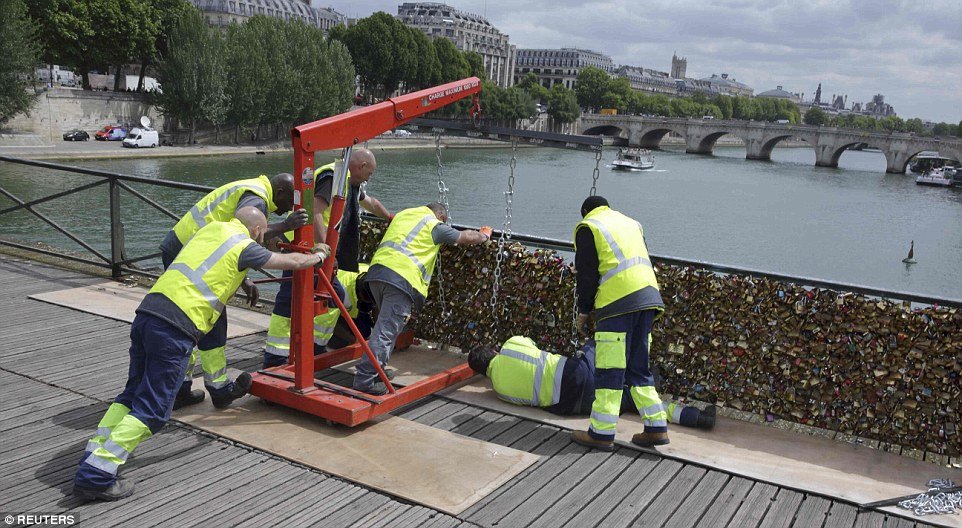 Last year, a section of the footbridge collapsed under the weight of the locks covering the 155-metre-(509-foot-)long bridge. 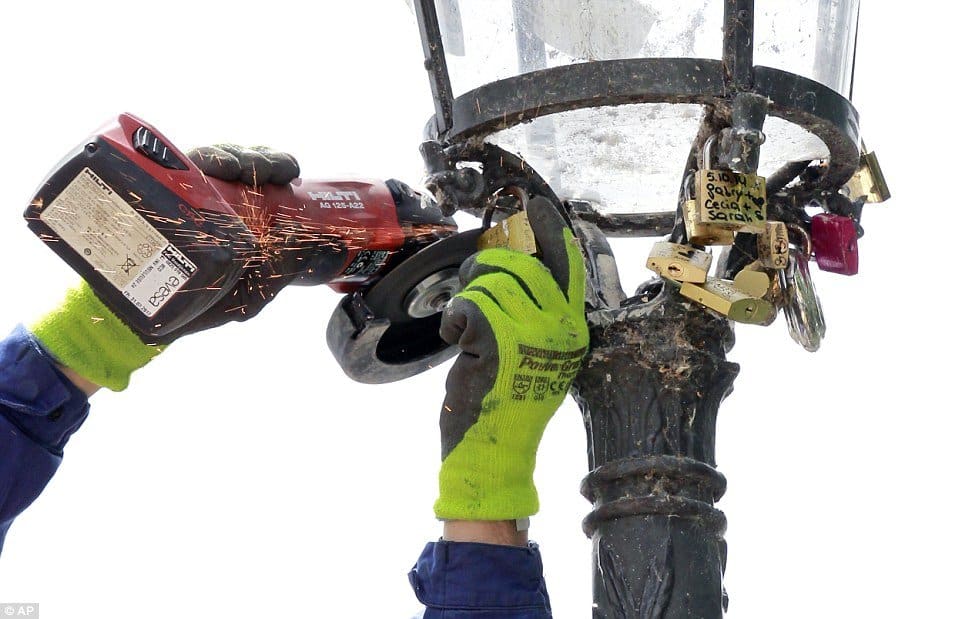 It is estimated that the truck full of locks weighed as much as 20 elephants. 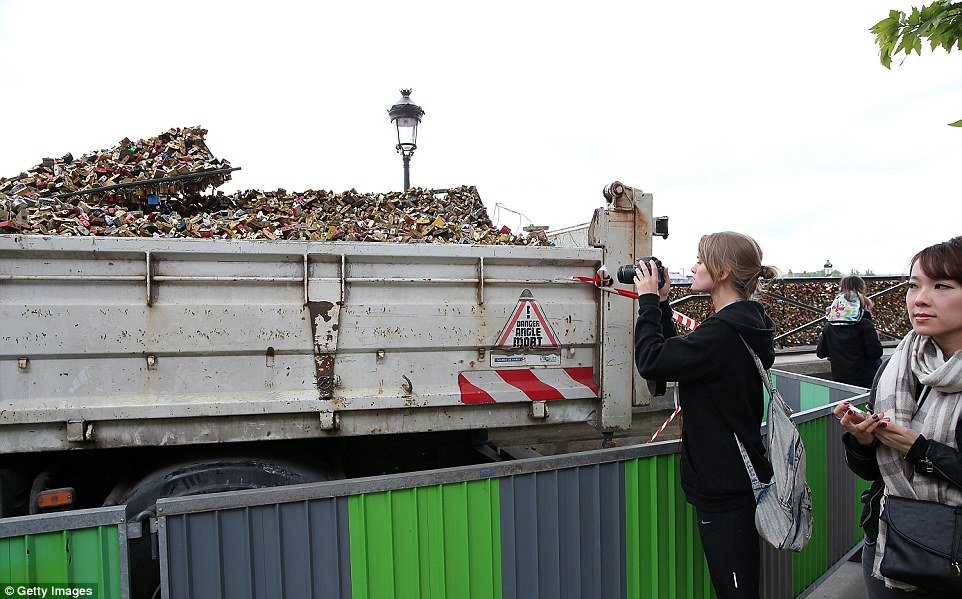