Some reunions can be truly beautiful. One man finally found his lost dog after searching for him for three years. The pup’s reaction to seeing his owner is so joyful that anyone will truly shed a tear.

Giorgi Bereziani of Tbilisi, Georgia lost his beloved pet Jorge in 2015. Bereziani did everything he could to find the dog, from putting up ads to searching the streets on foot. Unfortunately, there was no sign of the pooch until Bereziani got a call that would change everything.

This poor pup is about to see his dream of reuniting with his owner become a reality. 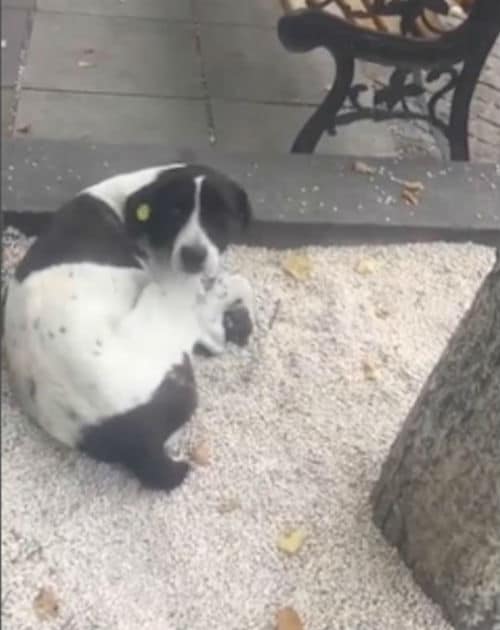 Workers at an opera house contacted Bereziani to tell him that a dog who resembled Jorge has been seen around the building. The hopeful owner immediately rushed to the site and scoured the vicinity.

Bereziani soon found a dog sleeping under one of the trees. He approached carefully and called Jorge by his name.

The friendly pup got up and went to the man but didn’t immediately recognize his owner. Luckily, it didn’t take long before he smelled Bereziani and realized that his old friend has finally found him.

Isn’t this a wonderful reunion? 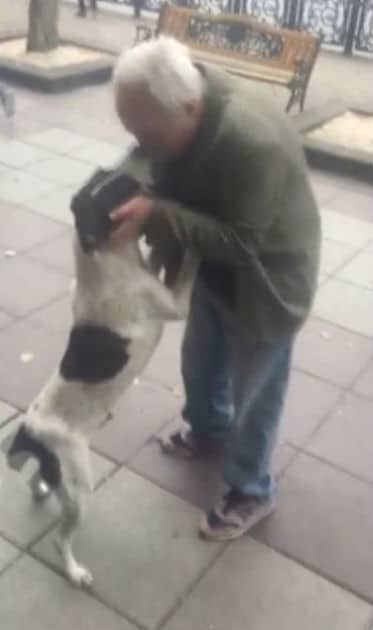 Jorge’s reaction is pure joy. He is so excited that he is whimpering and shaking in his delight. Bereziani is also overwhelmed with happiness but manages to ask an onlooker to take his camera and record their reunion.

It is unclear how Jorge got lost in the first place. However, there is evidence that he has been taken in by animal control workers. The yellow tag on his ear indicates he was considered harmless to society, so they vaccinated and released him.

We don’t know what was going through Jorge’s mind when he finally saw Bereziani. However, it is possible he was dreaming of reuniting with his owner only to wake and realize that his dream has become a reality. It is great to see that the two can finally be together after three years apart.

Watch their emotional reunion below: