A $100 million dollar museum recently opened in Kentucky, USA named Ark Encounter, which showcases the replica of Noah’s Ark. Ken Ham, who was the man behind this gigantic idea of constructing the replica of Noah’s Ark, believes that everything in the Bible should be literally represented. Although it did not garner full support from other people, Ham continued pursuing his idea. 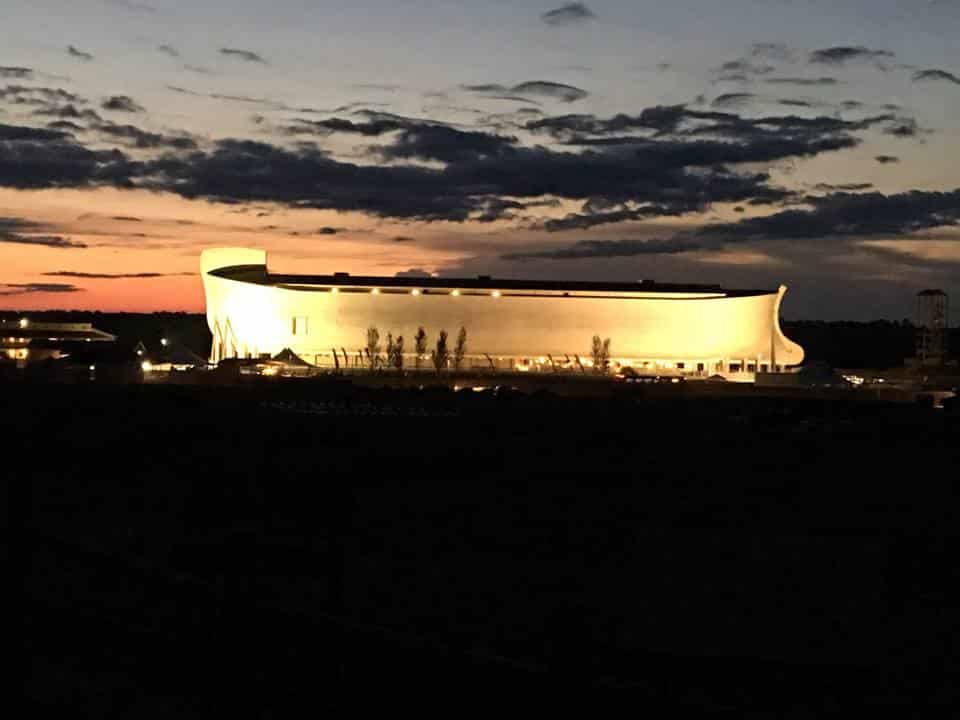 There are other sights and activities inside the Ark Encounter, but the main attraction is the timber-framed structure which exhibits the Biblical tale Noah’s Ark and The Great Flood. Found inside the replica are different pairs of animals that were rescued by Noah and his family, including dinosaurs. This historic arc is said to be the largest structure that is made up of timber frames.

During the opening of Ark Encounter 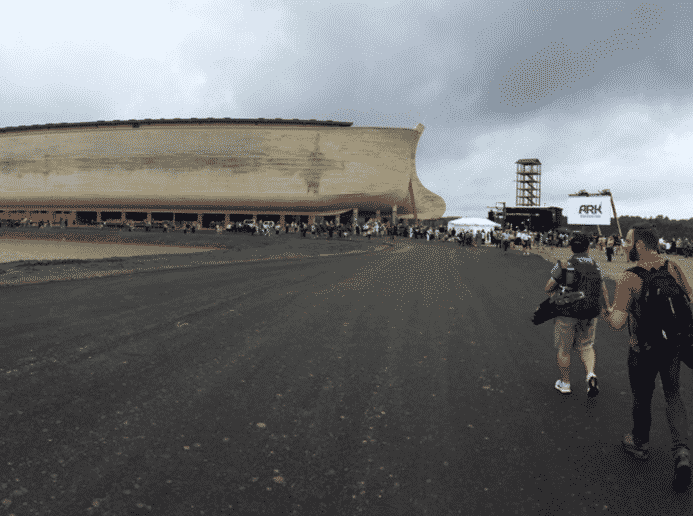 An upclose view of Ark Encounter 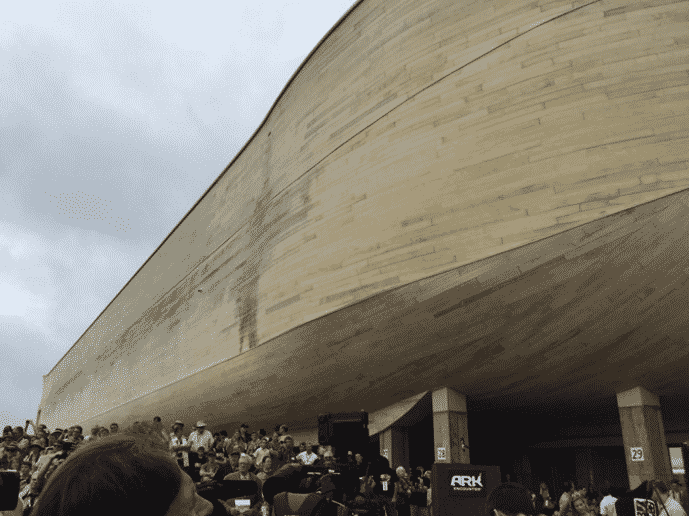 According to the people behind this historical structure, the theme park is created for the whole family – for those who wants an environmental and family friendly destination. Ham, who is also the president of Answers in Genesis, initially stated that they do not aim to be considered like Disney or Universal Studios, but they want it known for its religious contribution. Ham also stated that Ark Encounter was not established for entertainment and fun purposes, but for a sacred reason instead. 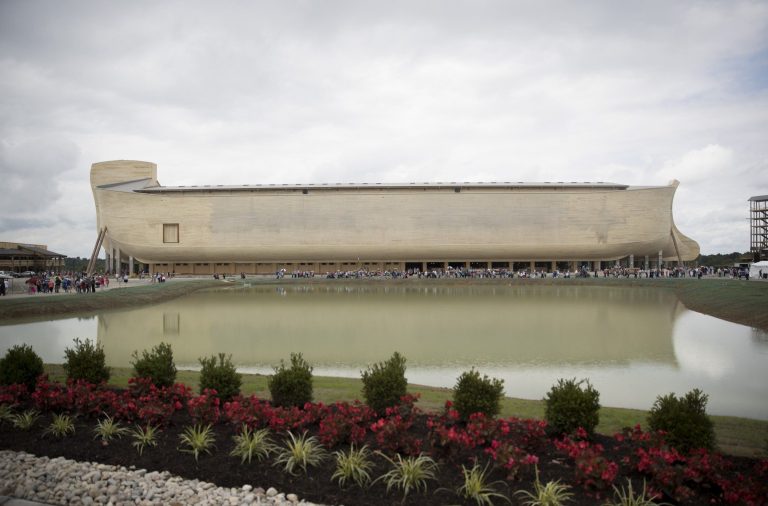 This 510-foot-long, seven-storey high structure was said to have collected funds out of tax incentives from the government of Kentucky. The funds that were given by the local government garnered negative feedback from the opposite side, Tri-State Freethinkers. 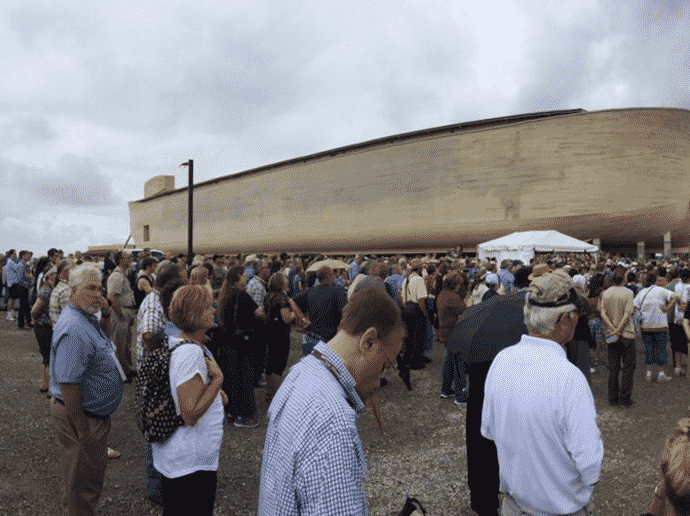 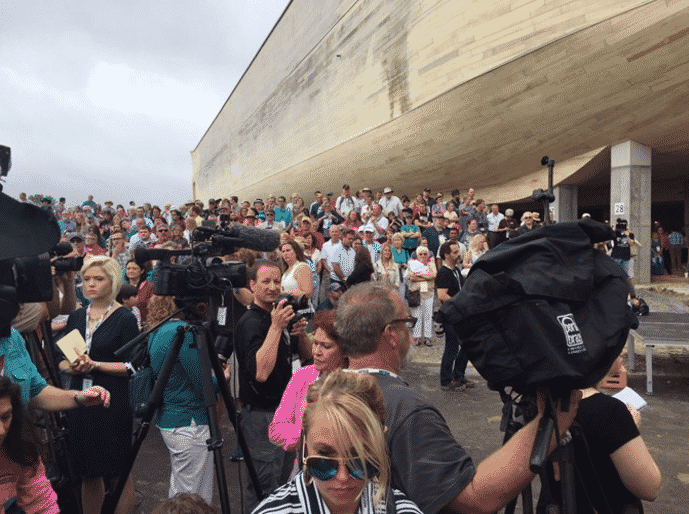 and… more people enjoying the view 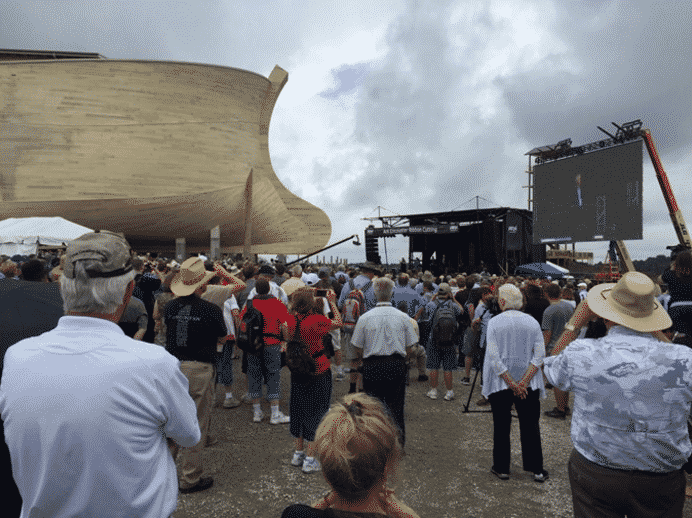 A stunning view of the Noah’Ark replica 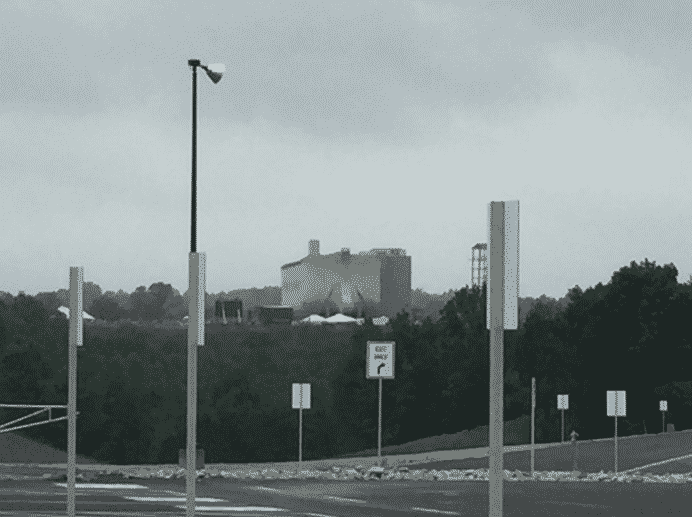 Jim Helton, who is the leader of the said atheist group, stated his disapproval to the project as it clearly shows a violation of separation of the state and church. He also added that the theme park is not an ideal place for families to enjoy and have fun. With Helton being known as an atheist, he also stated that “the moral of the flood story was horrible.”