Tech and fashion/beauty come together in this new invention by Tien Pham and Davey Taylor – F.lashes. The ‘fun, interactive LED eyelashes’ is not commercially available yet, but a Kickstarter campaign is set to begin around mid-July.

The wearable tech is powered by a watch battery and can last up to four hours. They are put on with regular eyelash glue and are relatively sweat-proof. F.lashes react to movements, so the light patterns/modes will change as you dance, tilt your head, jump, and twist. They also come in different colors: pink, red, blue, light blue, white, yellow, and green.

See the F.lashes at work below.

The LED lashes are lightweight, and they are connected by thin wires. The controller is located at the back of the head, attached using hair clips. According to Pham, as stated on the brand’s Facebook page:

“The light is NOT blinding. In fact, I often can’t tell I have them turned on. I have to cup my hand over my eye to see the light. You might see a bit of light when you’re in a dark room, but it’s not much.

“They do not emit any heat and there is no danger of shock at all – it’s a 3.3 V watch battery, so it’s very safe.

“They are relatively sweat-proof. You probably can’t jump in a pool with it on, but I have tested it out and dipped it in a glass of water. They still work, so a little sweat isn’t a problem.”

The LED lashes work in different modes, including the Sparkle and Dance modes. 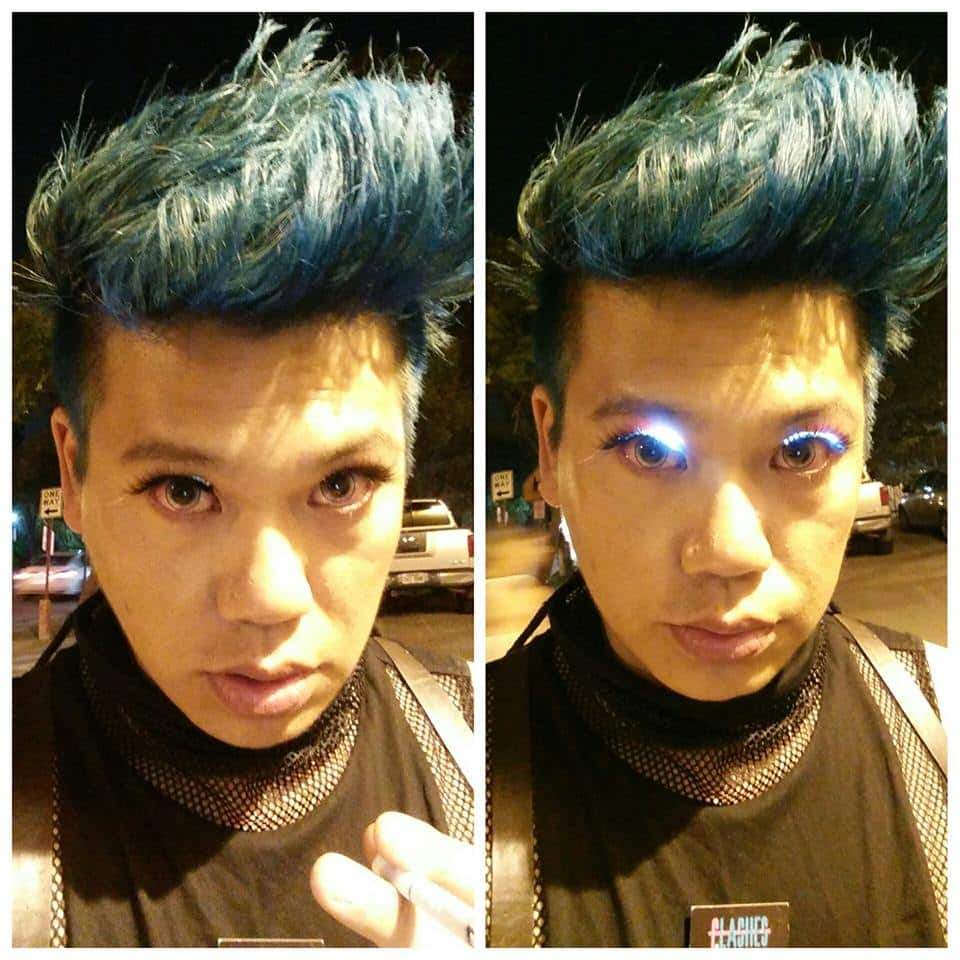 Price for the F.lashes has not been determined yet, but Pham says he will ‘keep the price as low as possible’ because he would like more people to have it.

The piece of wearable tech seems fit for clubbing, raves, and other dance parties. What do you think? Would you be interested in getting one in the future? Leave a comment below.