Donald Trump’s executive order from over a week ago, which temporarily bans almost all travelers from seven Muslim-dominated countries, evoked different reactions from different people. In the midst of the debate on whether or not the ban will benefit the country, an ironic story from 2015 saying the iconic Statue of Liberty is inspired by an Arab woman, resurfaced online – and some people are not quite pleased.

The Statue of Liberty, as most people know, was a gift from France to the United States to celebrate the latter’s freedom. However, historians believe that there is a deeper history to the colossal symbol of democracy which has welcomed countless immigrants to the American shores.

The story that the statue was modeled after an Arab woman was picked up by several media news outlet in 2015 but somehow, it didn’t generate that much reaction, especially negative ones from some people in the U.S., like it did today. When this story resurfaced, people dismissed it as a “fake news” or a Muslim propaganda for people to readily accept refugees into the country.

For those who missed the news, French sculptor Frederic Auguste Bartholdi, who gave birth to the concept of the Statue of Liberty, traveled to Egypt in 1855-1856. He somehow had a penchant for creating gigantic sculptures and large monuments.

In 1869, the Egyptian government planned to have a lighthouse built at the mouth of the Suez Canal. Bartholdi, however, proposed a huge statue of a woman in robe holding a torch and he named it “Egypt Brings Light To Asia.”

The sculpture originally was in the “form of a veiled peasant woman,” according to Barry Moreno, who has written an account about the statue.

The Egyptians planned to build a lighthouse at the mouth of the Suez Canal. 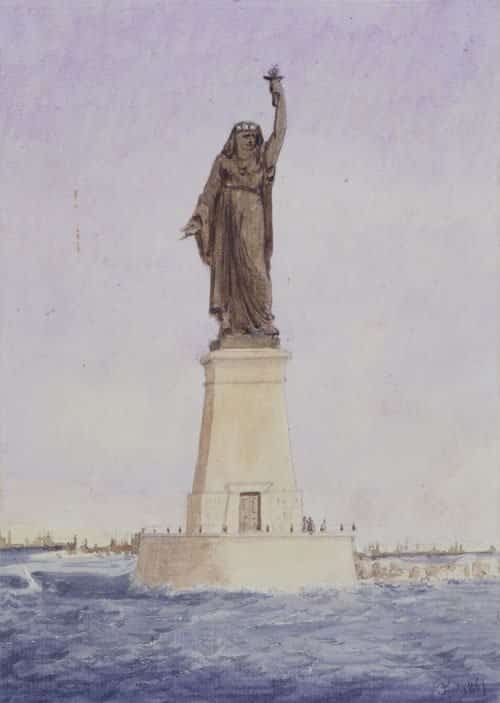 However, this idea of Bartholdi’s was rejected by Egyptian officials but that didn’t stop him from bringing his concept to America. Apparently, the Muslim woman dressed in Arab peasant clothes design won’t work for the U.S., so it was changed and the statue was transformed into the Roman goddess, Libertas for liberty.

Now, there’s not only a debate on the Muslim ban but also on the origin of the statue. The debate could go on but one thing’s for certain is that the Statue of Liberty is a symbol of hope, a symbol that welcomes everyone – and the poem by Emma Lazarus etched at the base of the statue is proof of that.

‘The New Colossus’ by Emma Lazarus, a poem etched at the foundation of Lady Liberty statue. 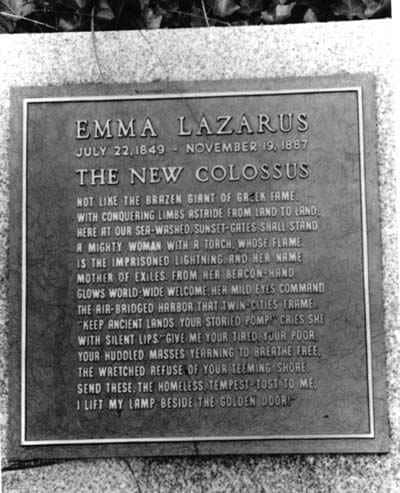 Give me your tired, your poor,
Your huddled masses yearning to breathe free,
The wretched refuse of your teeming shore.
Send these, the homeless, tempest-tost to me,
I lift my lamp beside the golden door!