The typical person will imagine North Korea as a dark and forbidding place where people are starving and the military controls everything. Who would imagine that a water park will exist in the hermit state? Believe it or not, the country’s supreme leader Kim Jong-un actually had one built in the heart of the capital Pyongyang but it’s so expensive only the elite can afford to enter it.

The Munsu Water Park definitely looks a bit out of place in the grim confines of North Korea, if you believe what this pictures show you.

Locals and tourists are seen having fun inside the 37-acre park. 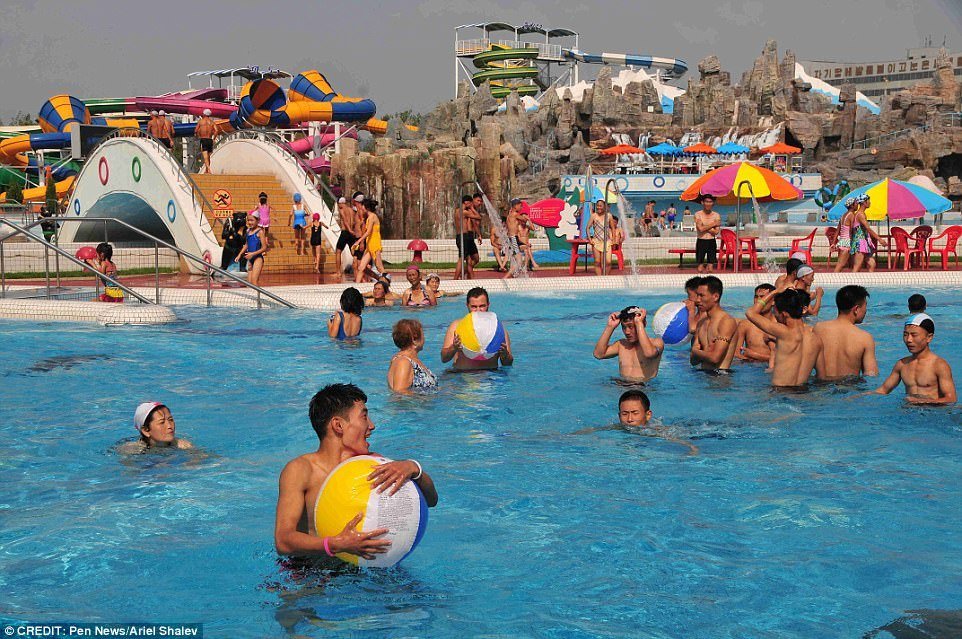 The park is equipped with indoor and outdoor pools, lots of slides, wave machines, lazy rivers, and even a two-storey gym. 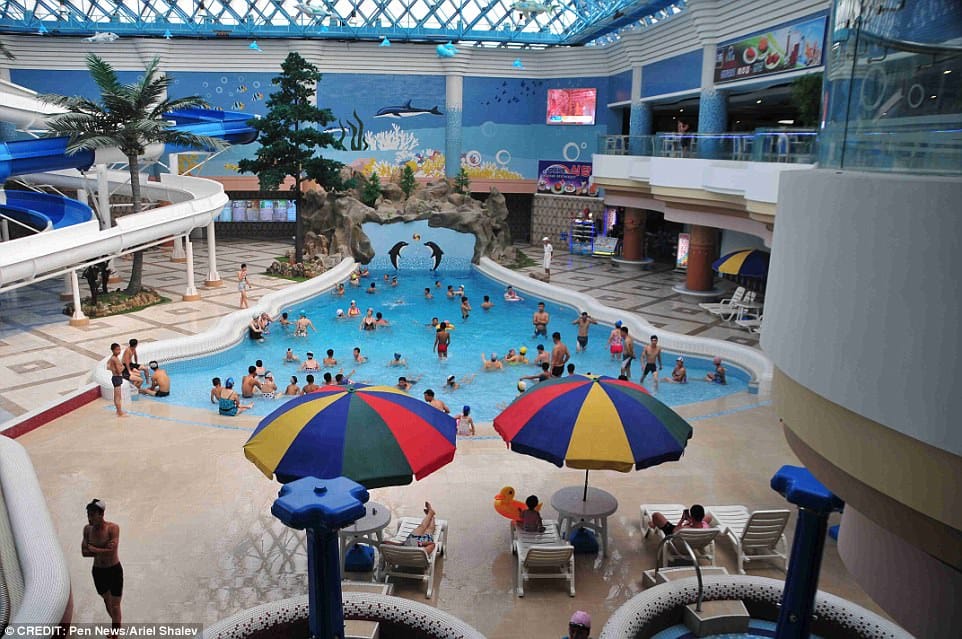 There’s also a coffee shop, bakery, brewery, a fast-food outlet, and a hair salon. The latter provides just the 28 hairstyles that the state approved. 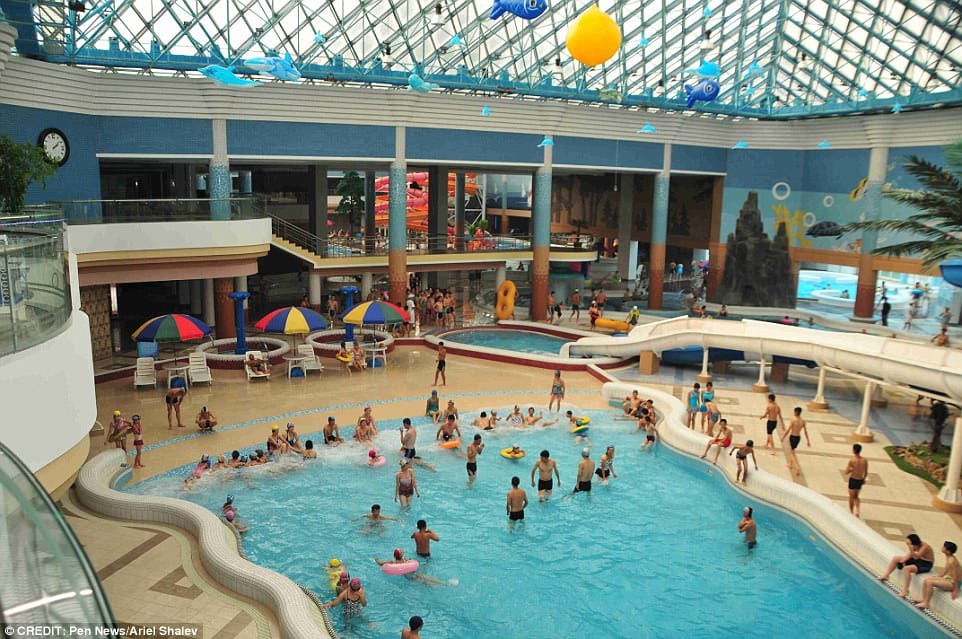 Just as unbelievable is the cost – a four-hour visit will cost almost $10 or almost 8600 Won. The average North Korean earns around 29000 won a week, making the park’s cost practically a third of a typical weekly wage.

It’s not surprising that only local elites and tourists can afford to have a splash in the park. 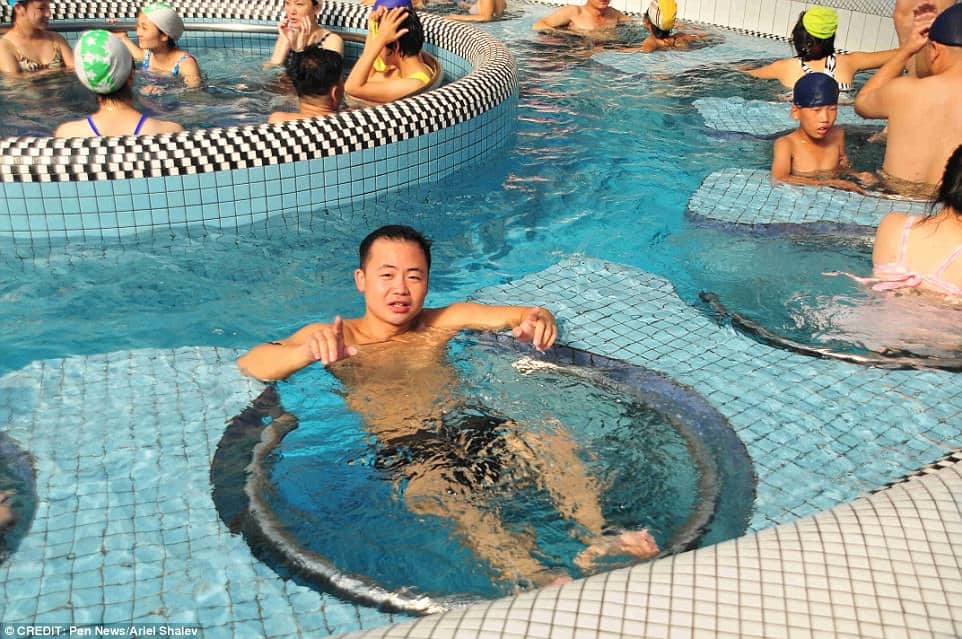 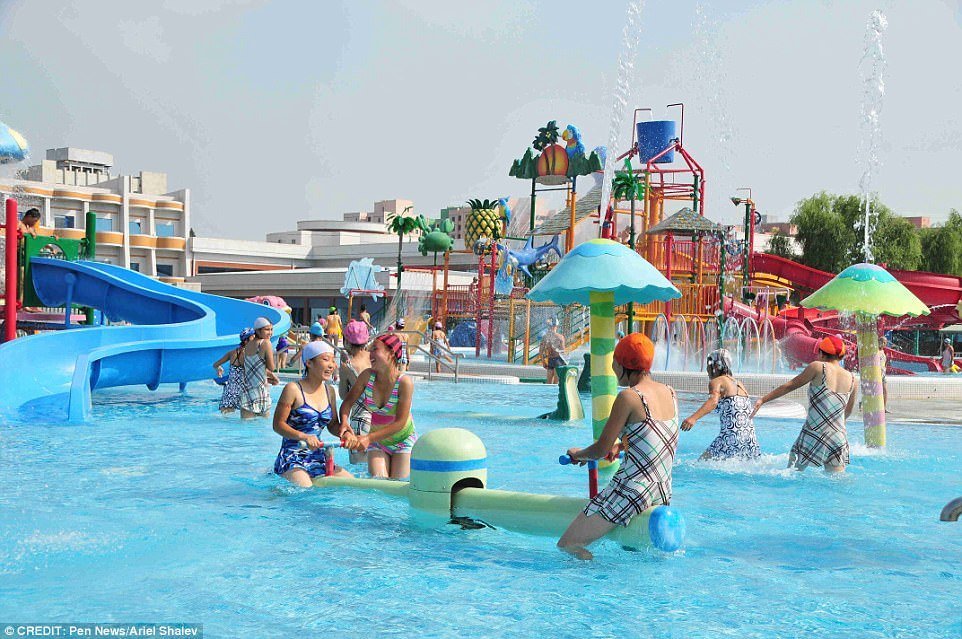 Tourists have mixed reactions when it comes to the park. For some, it’s the best place to talk to locals.

“For me, the water park in Pyongyang was the best place to mingle with the locals.

“I talked with students inside the pool and it was very authentic talking.

“I brought six water balloons to play with at the park and the locals were very happy to get them.”

But Shalev also noted the lack of privacy that the park holds for tourists, who can’t travel around North Korea independently and must be always accompanied by guides.

He said that “as a foreigner, I couldn’t get privacy,” since the guides even accompany them to the changing room.

Shalev didn’t have a problem with the park’s quality. He said that it’s at par with other water parks he visited around the world.

“In North Korea, in all of these propaganda places, you feel like you are inside a Walt Disney dream.” 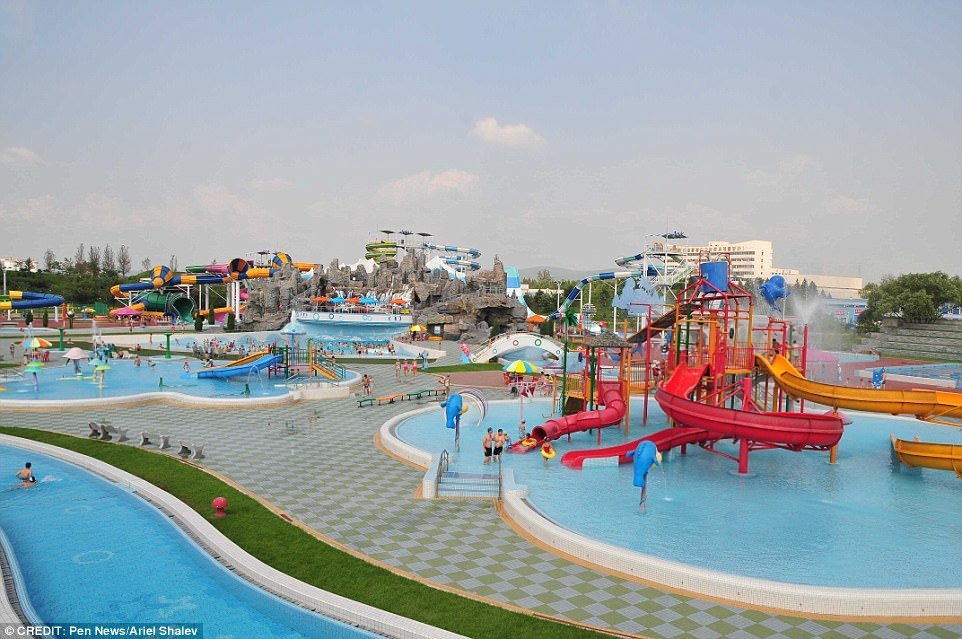 “It’s kitsch and you feel like you’re inside a fantasy – it’s a fantasy for me as a Westerner, so of course it’s a real fantasy for the locals.” 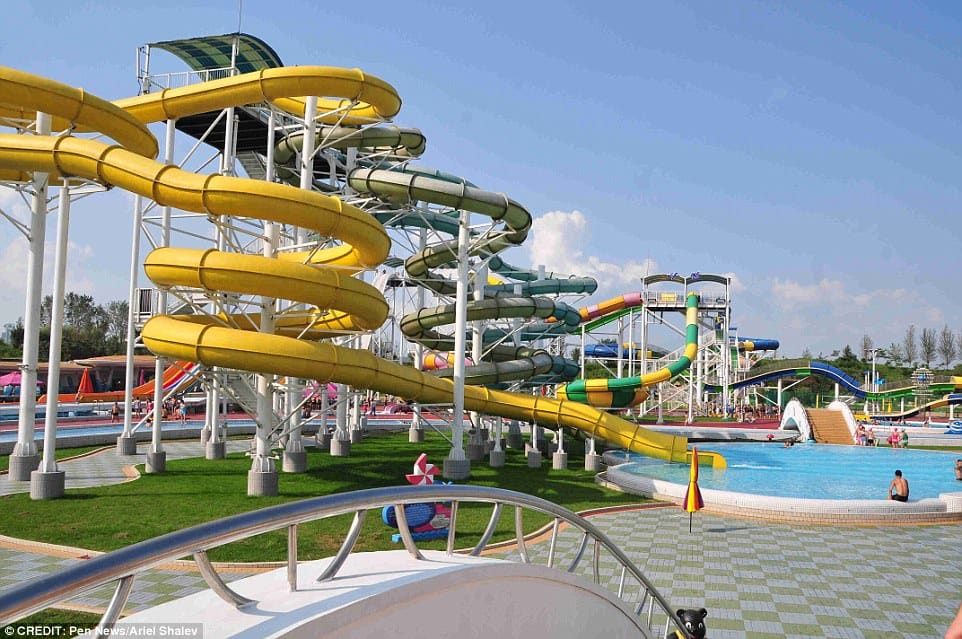 Even with the elitist rates, North Korean propaganda stated that the park was made “to make sure that [the people] enjoy all the benefits of socialist civilization to their heart’s content.” 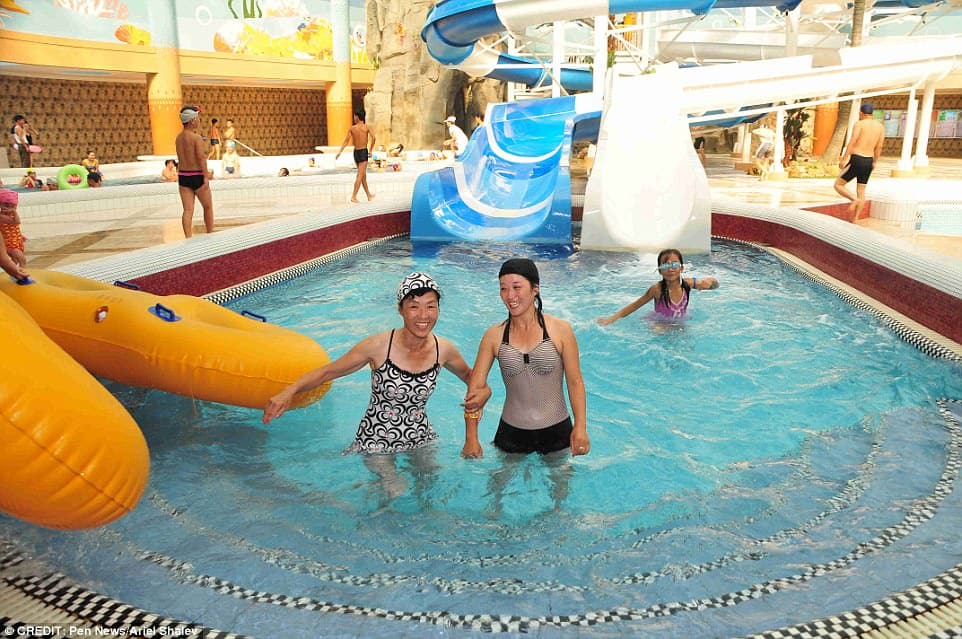 Of course, any establishment in North Korea wouldn’t be complete without an image of its leader – at the entrance stands a statue of Kim Jong-un, in which visitors bow to.