When Daddy Mihai Patriche caught the kids with paint all over their bodies and the house, he quickly brought them to the bathroom to clean up. However, before he gets them clean, he has to make them understand they had done something wrong (else they do it again!).

So, he begins to question them whether they knew they were in trouble and who started the mess they had gotten themselves in. 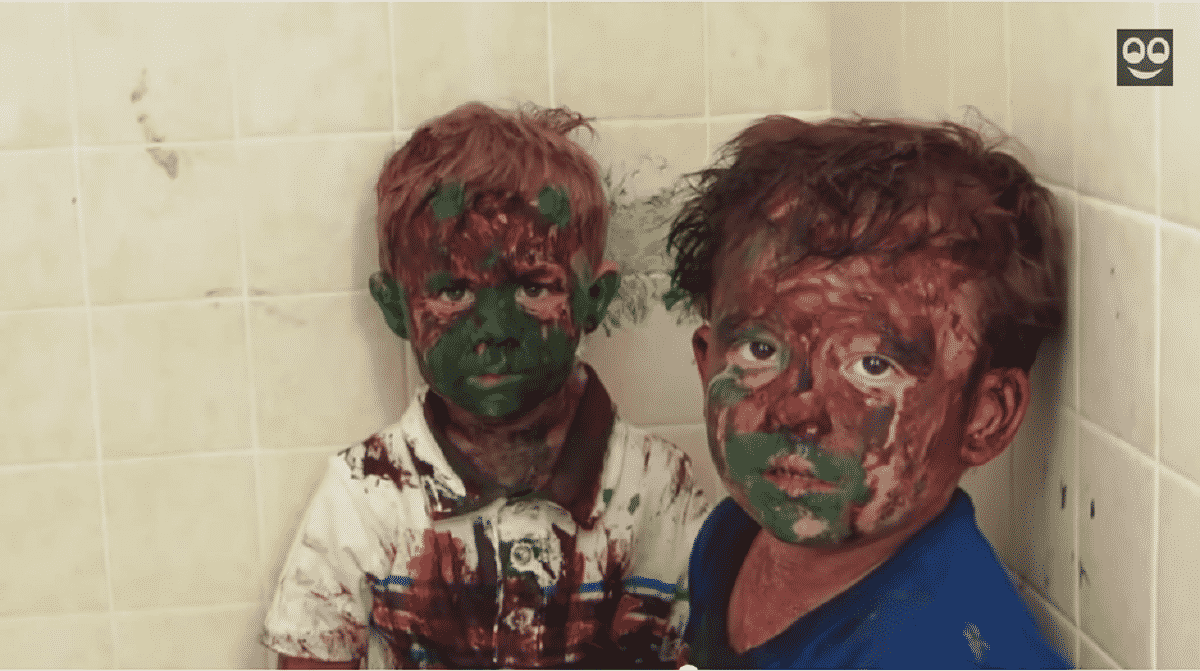 With adorable tots looking at him with those big round guilty eyes, Daddy knew he had to film the once-in-a-lifetime moment, so he quickly whipped up the camera to record the ‘interrogation’.

At some point, the kids begin to realize Daddy was not so angry at them because he would give a short burst of laughter before blurting out, “Nothing’s funny!”

The kids began to breathe easier and smile but still knew they were in big trouble. They agreed that they were naughty so they won’t have juice before bedtime but both protested against a “time out”, furiously shaking their heads in hope Daddy won’t punish them.

Watch the Video of Daddy Mihai Interrogating the Kids

Although most were laughing at the hilarious exchange and the kids’ adorable faces, the video also sparked a still-ongoing debate as to Daddy Mihai should have handled the situation.

There were many who bashed him for being too soft on the kids, laughing off their mistake and letting them off the hook without some real form of punishment aside from cancelling their juice privileges for the night.

Many suggested he should have scolded them properly and should have given them a beating to bring some sense into them or punished them with something more difficult than not enjoying juice for bedtime.

Of course, there were also many who defended Daddy Mihai, saying it was HIM who was at fault because he left the paint in a place where the kids were able to get (albeit using a ladder made of blocks, but you get the point) and that it was hard to exact some punishment if the kids look as hilariously cute as the guilty little tots in the video.

So, what do you think of Daddy’s ‘punishment’? Was it fair for the kids or do you think Daddy Mahai should have been stricter?