Traditional schooling, as we know it, is now being considered ineffective by some. In the past, we’ve reported about Finland‘s plans to abolish “teaching in the old-fashioned way” in favor of a new, interdisciplinary method that will benefit the students based on their interests and strengths.

Now allow us to share with you the story of a Filipino couple who just took the concept of ditching traditional education to the next level. Kiddo and Amy Cosio have three kids namely Cady, 6, Dylan, 4, and Adam, 4. Together, they live in the province of La Union, a popular surfing spot in the Philippines.

In an Esquire Magazine feature, we meet the family that believes “unschooling” is the way to go. 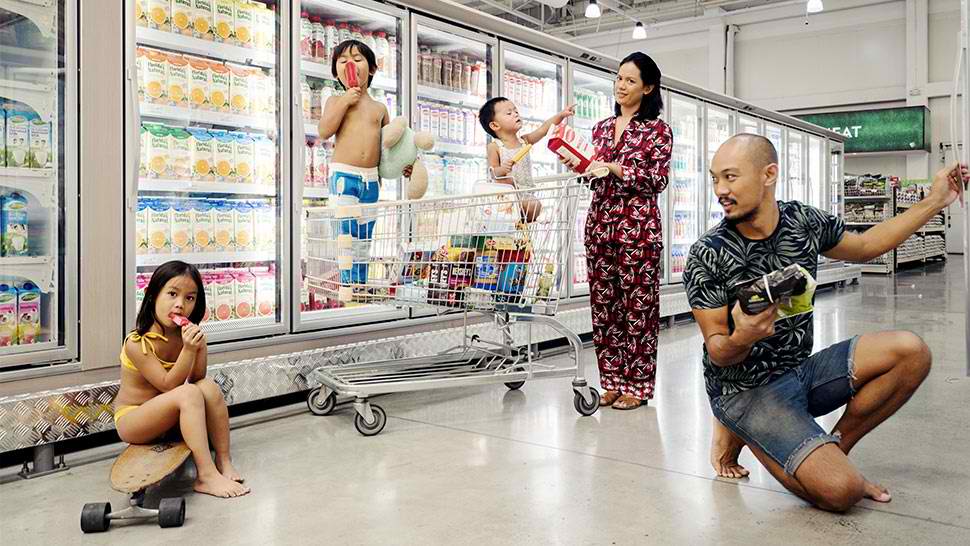 Originally from Manila, the Cosios later decided to leave the stressful city life for a more laid-back environment – and it has been very rewarding for them so far. They’re now running their own business called El Union Coffee and, meanwhile, the kids are not attending any school at all. Instead, they are learning through surfing, playing, and helping out in their shop.

Despite that, people are usually surprised when they meet the kids – who are very intelligent, courteous, resourceful, and kind.

“I’m sure kids in traditional schools have lots of one-ups over our kids. But I noticed that mine are very comfortable with people of all ages. They respect adults, but they also seem to treat them as equals. They are confident but earnest, and not fresh. I know this can be controversial, in a culture where children defer to elders. But we are equals, and they are just younger and less mature, with a different role at the present moment.”

For this family, a day is never complete without a visit to their “classroom” – the sea. 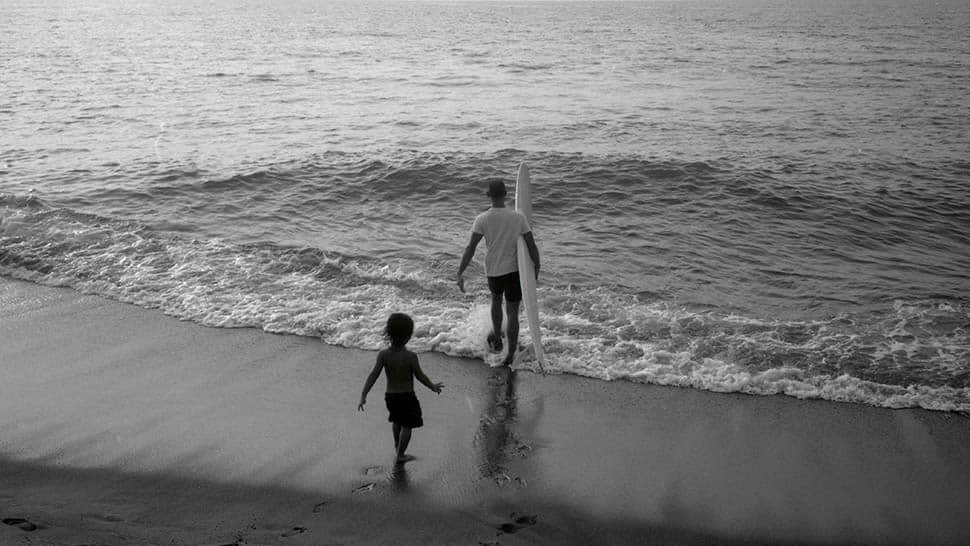 Regardless of how busy they might get, they always take time to go to the sea together. Kiddo explained that it is the place where they swim and bond while learning at the same time. As Kiddo explained, it’s the place where the children “understand the dynamics of the ocean and weather, and ask probing questions about anything in the world: birds, crabs, music, cartoons, ninjas, airplanes, anything.”

Unschooling, of course, is a concept popularized by American education John Holt way back the 1970s. It goes against the idea of a “one size fits all” system but instead encourages children to learn “according to their own pace, interests, and goals,” the Esquire article mentioned.

“We definitely have an idea about our kids’ personalities and inclinations. That said, they are also changing as they grow older, so that also makes raising them a learning experience. It’s easy to see the human journey as a tunnel, as though you pop in on one side, and exit the other at a predetermined location. But it is a path, and you can hop off at any time: go for a drink at a pub, walk some more, swim in a lake, jump on the back of a truck, and then even walk the other direction… you get the analogy? For the kids, we have a direction, but we are as flexible as a path is.”

Amy agrees that their kids’ interests shift from time to time – and that’s exactly what makes things interesting. The mother said:

“I’ve just learned to roll with it. I’d say the most important thing is to always nurture their love for learning. Some days Cadence wants to start reading, other days she just wants to bake cakes. Either way, we try to encourage them, to make resources available for them, and to give them feedback. We do take note of how the kids learn. Adam mimics a lot, because he’s two. Cadence is stubborn but resourceful. Dylan is pure instinct. They’re all pretty amazing little humans, and it’s fun to see how they take in the world.”

Naturally, some people are curious and a bit worried about the chosen schooling method of the couple. 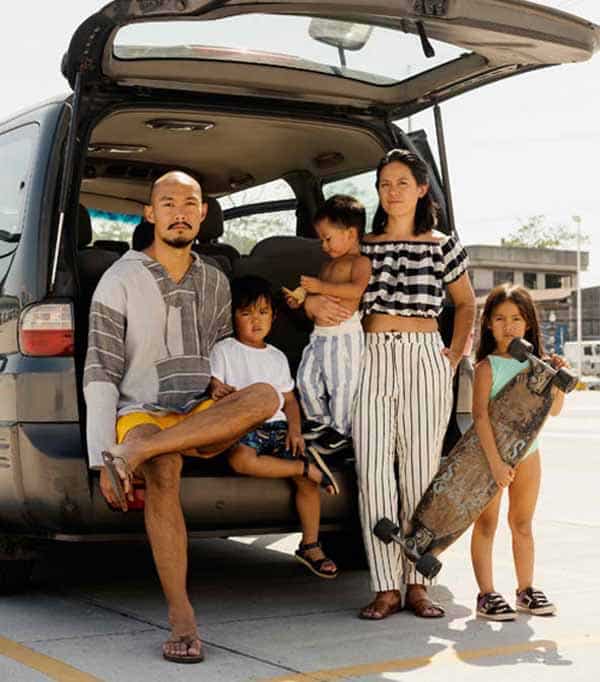 Amy, however, pointed out:

“I’m definitely aware of certain areas that our kids might fall behind on. But having subjects like math, science, and reading are only essential in the context of traditional schooling. The more important life skills are being able to express oneself, appreciating nature, developing critical thinking and logic. I don’t really try to sit the kids down to check if they understand concepts. We just live life with them. Sometimes we play hide and seek, and I count to ten before searching for them. So now, even Adam understands what time is.”

“People are always asking, ‘How do you send them to school?’And we say, well it’s still working that we don’t send them to school. We school them ourselves. And they say, ‘well what happens if that doesn’t work?’ And we’re like, ‘Then we send them to a school.’ It’s not that complicated. A lot of people are so afraid to make these big choices, because they’re afraid they have to stick to those choices, but that’s really just pride: that you’re afraid to be wrong to yourself.”