A hilarious conversation on Tinder by two strangers went viral. Why? Because for over three years, the two just shared 11 messages.

Josh Avsec, 22 years old, was matched with 21-year-old Michelle Arendas, who is also from Ohio, on Tinder back in 2014. Like any other guy, Josh opened a conversation with the lovely girl and he waited until Michelle replied – and it took her two months to do that! 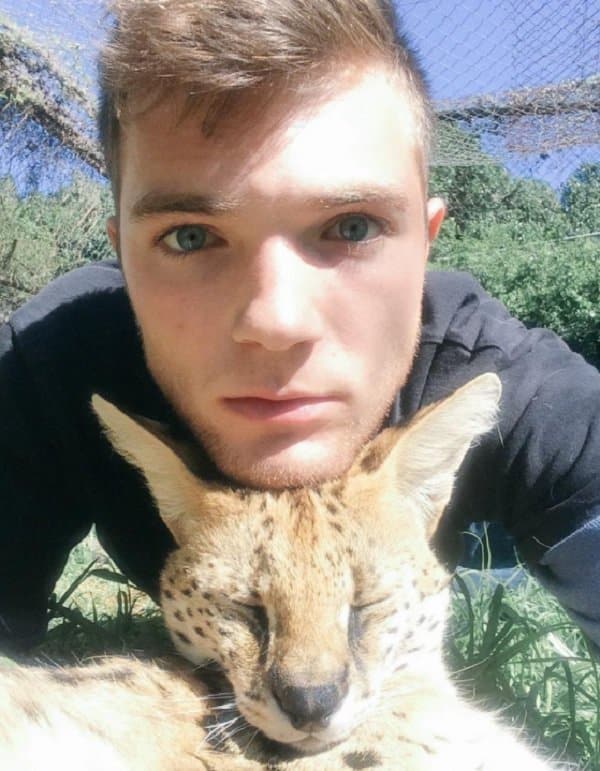 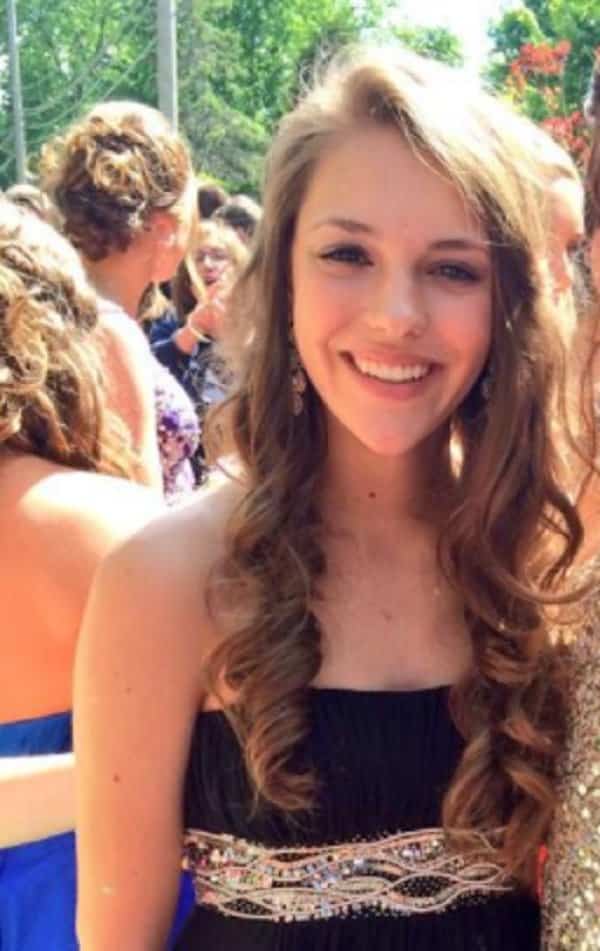 Josh recently shared their hilarious conversation on Twitter. He wrote:

“One day I’m going to meet this girl and it’s going to be epic.”

The hilarious conversation only had 11 messages for over three years. 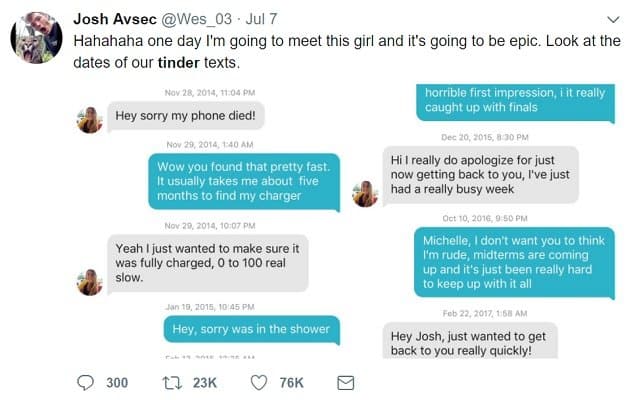 Other matches on Tinder that lasted for three years would either have met up or fallen in love. Some may have more than a thousand exchange of messages. Josh and Michelle would reply to each other with months-gap.

It started with Michelle replying after two months:

Look at the gap of their messages: 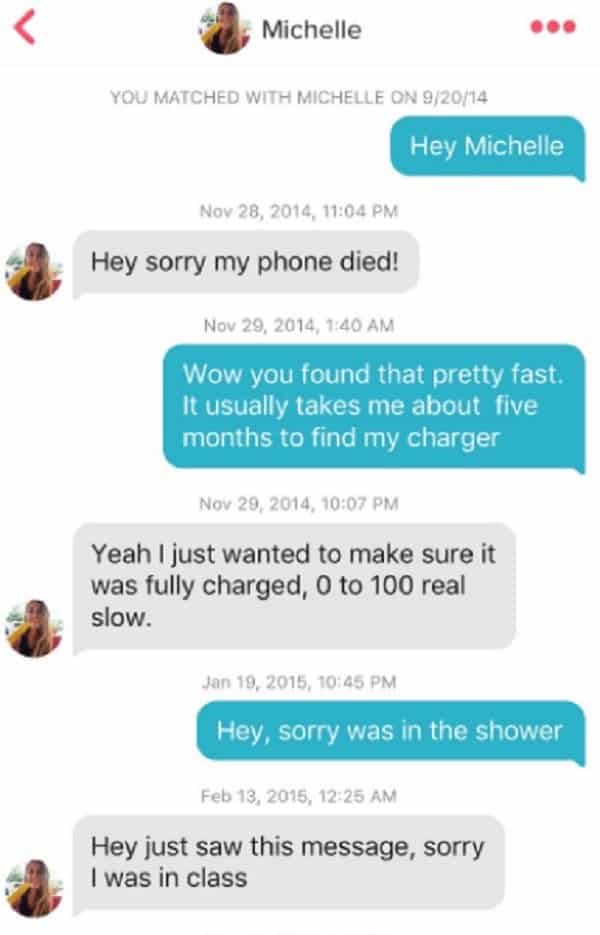 The joke responses between the two went on for over three years. At one instance, it took about 10 months before Josh replied to a message.

Some messages were even 10 months apart. 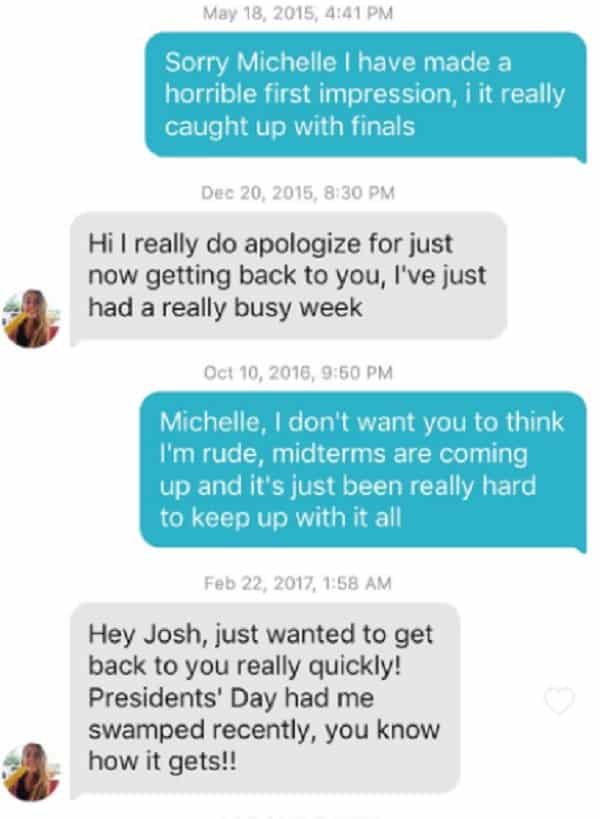 The post went viral, with many following their story, hoping the two would end up together.

Some people think that this could be the beginning of a romantic love story.

One even hopes the two would get married.

A guy wanted to witness Josh and Michelle's first date.

Many people are following their love story.

Tinder finally stepped in to let the two meet up in person for the first time, in any city they prefer – and they picked Maui, Hawaii.

Tinder grew impatient and decided to make a move.

Tinder will sponsor their first date on one condition, they’ll not take two years to pack.

We sure hope these two would end up together! Well, let’s all wait and see where their story leads from here. Share your thoughts in the comments section below!