Despite his busy schedule, Hollywood superstar Johnny Depp recently took some time off from shooting the latest Pirates of the Caribbean movie. Why? So he can cheer up sick kids at the Lady Cilento Children’s Hospital in Brisbane, Australia.

Wearing the full Jack Sparrow costume, the star tried to keep things confidential and even went as far as asking the hospital staff not to tell anyone about his visit. However, photos and videos soon emerged on social media as he took time to hang out with the patients.

Max Bennett, a 7-year-old boy with transverse myelitis, got the chance to chat with everyone’s favorite suave pirate. He described Johnny’s costume as “pretty cool” and the actor himself as “funny.” He added “He tied a knot in his hair to make a beard. That was my favorite part.”

"If there's other people in it, why do you call it a selfie?" 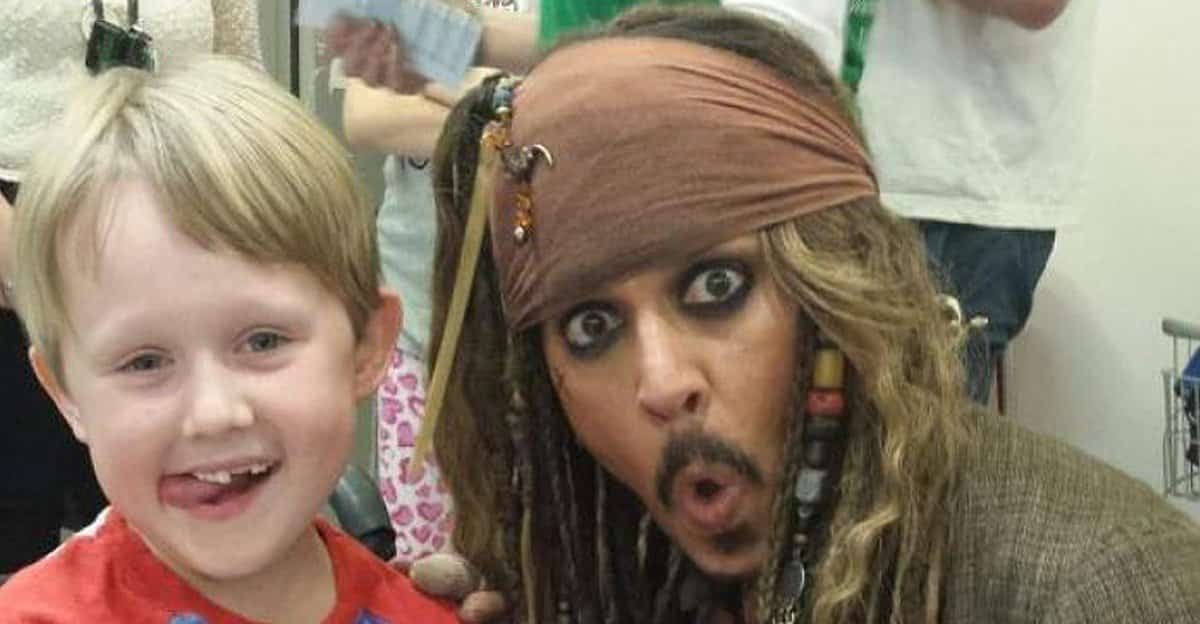 Rachel, Max’s mother, witnessed everything and praised the 52-year-old celebrity for his genuine kindness. “He was going from room to room seeing all the kids who couldn’t get out of bed… He was taking his time to make sure he spoke to each and every one of them.”

The actor arrived in the country this year to shoot the newest installment for the franchise. The upcoming film will be called Pirates of the Caribbean 5: Dead Men Tell No Tales with a scheduled 3D release date of July 7, 2017.

In one interview a few years ago, the star admitted he always travels with his Jack Sparrow costume. “Sometimes you go to kiddie hospitals and things like that… I’ll just sneak in and go surprise a bunch of kiddies through the different wards.. It’s really fun.”

Johnny Depp, you are such a wonderful human being.

Spread the good vibes by sharing this on Facebook!