Recently, we shared with you that story where a Tumblr user fired back at an anti-Muslim bigot who shared a photo that said “Imagine a World Without Muslims.” The awesome guy countered the Islamophobic netizen with facts, detailing some of the finest inventions in the world by Muslim men and women.

Frankly, the world needs more of these feel-good stories to help dispel all the unnecessary stigma against Muslims.

So today, allow us to share with you about Jiva Akbor, a Muslim woman who experienced discrimination from a fellow passenger while on a flight from Glasgow to Malaga. Instead of taking it negatively, however, she decided to turn things around and turn it into something positive.

Akbor was seated on the plane when she received news that somebody broke into her friends’ car. She then sent a symphatetic text message saying “HasbiAllahu la ilaaha illaahu alayhi tawakaltu” which literally meant “may Allah make the day easy for you all.”

The woman seated beside her incidentally saw the message – and she reacted in a very unexpected way.

“I looked at her face and she was in sheer panic, clearly flustered and didn’t get into the seat immediately… She stood there, with a look of fright on her face. I was confused. For a split second I though she had some health issue or something and about to have a panic attack.

At that moment she looked at me and said, ‘I saw you write a text message and you wrote Allah on it.’”

This surprised – and terrified – Akbor.

The other passenger thought Javi Akbor was a terrorist. They ended up being friends! 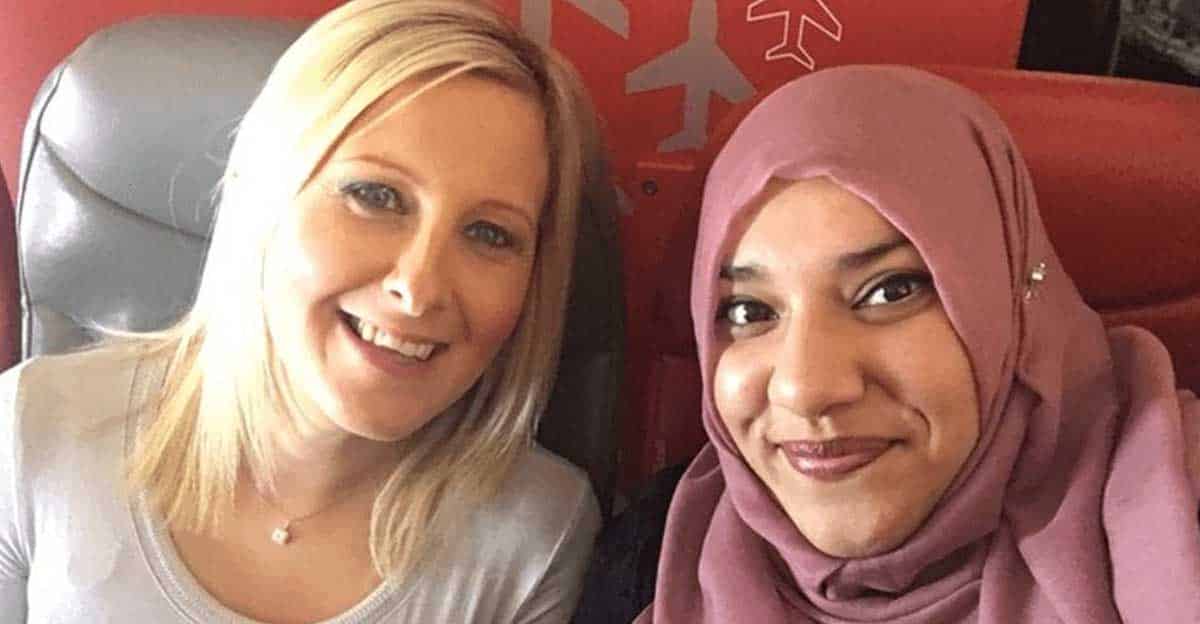 “My heart stopped. And I thought Oh Ma Goddd…The thought of all the other incidents recently that had been circulated of other Muslim passengers being judged and removed and heckled came flooding into my head. And the thought, my biggest fear (other than missing my flight altogether!) was playing out in front of my eyes.”

Instead of getting emotional about it, though, Akbor took control of the situation and did her best to calm the woman down and befriend her. What followed was what Akbor described as the “most intense” conversation she ever had with a stranger.

“She was literally shaking, breathing heavy and had gone flush in the face. She then got into the middle seat, next to her son still shock up and I took my seat next to her- telling her again ‘It’s just an Arabic word that means God, you have nothing to worry about.’

“After about 15mins of conversation I could feel her calming down and starting to accept what I was telling her. I rubbed her arm and told her I am not a threat to her. I told her I believe in God and so naturally my conversations often make reference to Him and in written form that is expressed with the word ‘Allah’. She went on to tell me she herself was a woman of religion too- Roman Catholic and we continued our conversation about our faiths.”

“Before too long I could see remorse in her tone, I think she was shocked at her own reaction and the realisation of what she had thought of me was setting in. In her own words she said ‘it’s so scary what the media can make us think’ and ‘I just panicked’.

“I defended my beliefs, I encouraged her to ask me any questions she had and I would try my best to answer them. And about 20 mins into the conversation- she kept repeating “I’m so sorry, I’m so sorry.””

The two women even ended up exchanging information so they can keep in touch later. 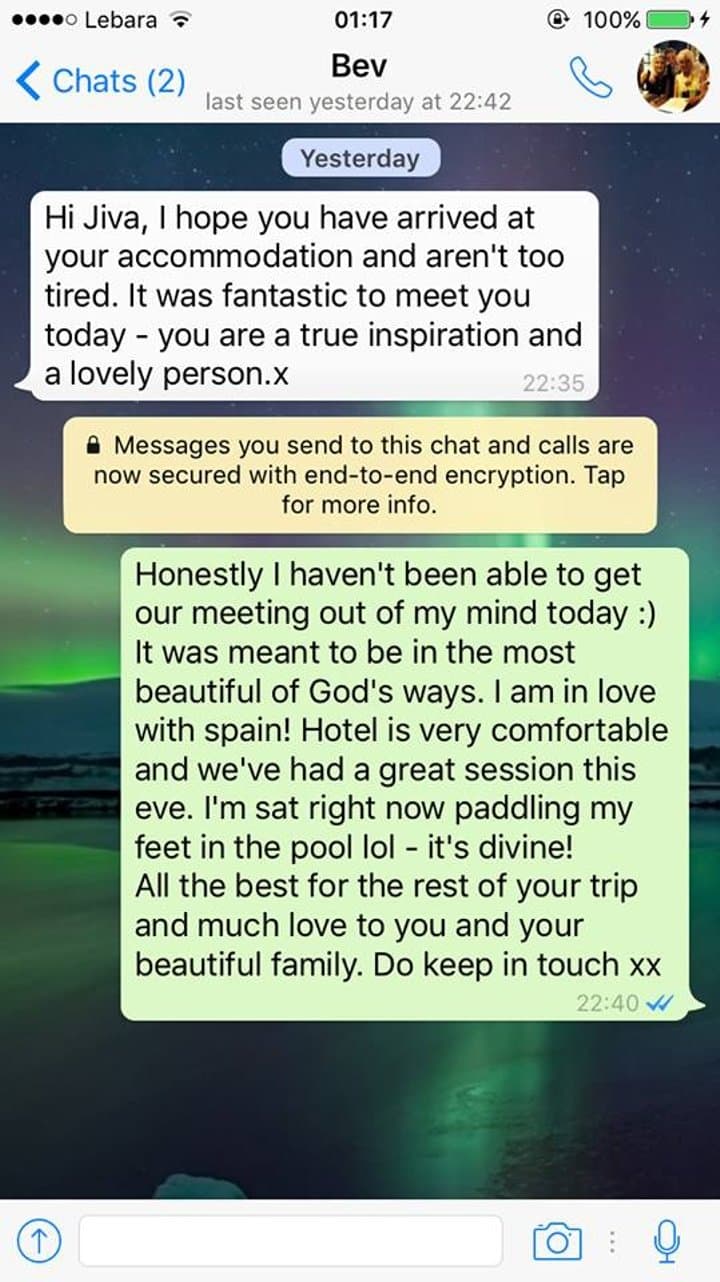 The two immediately became friends and they chatted about everything under the sun.

We talked and we laughed and at some moments had tears in our eyes.”

Before boarding off the plane, the women decided to keep in touch with each other after exchanging contact information. Akbor’s post later went viral gaining thousands of shares and likes from other Facebook users.