People have been posting images and videos of the said foam on social media which has led to various speculations. Some have speculated that underground water pipes may have burst because of the intense tremor. So far though, no one has come up with an official confirmation about what they really are. 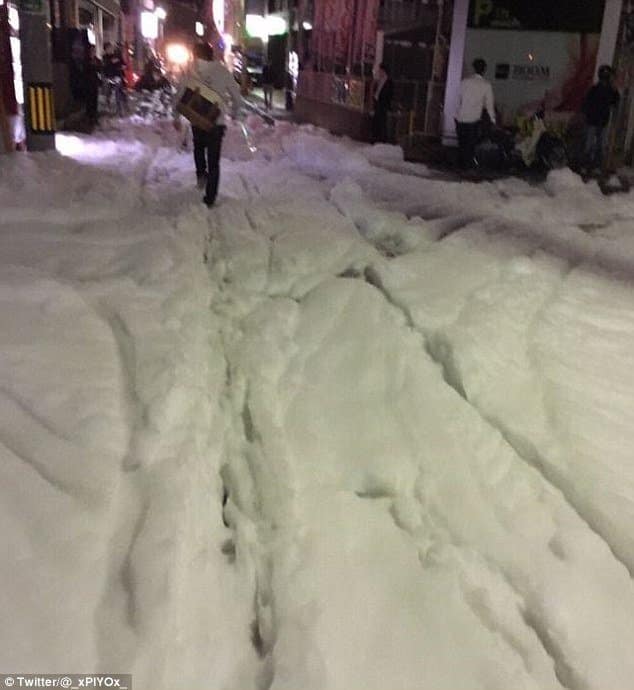 Japan has suffered two tremors and the reports tell us that the total death count is already 41 and counting with over 1,500 people injured. Roads and buildings have been destroyed plus mudslides have washed away bridges. The tragic quake also left 410,000 homes with no water and 200,000 without electricity.

Puzzled residents speculated that the foam may have been caused by broken underground water piping system. 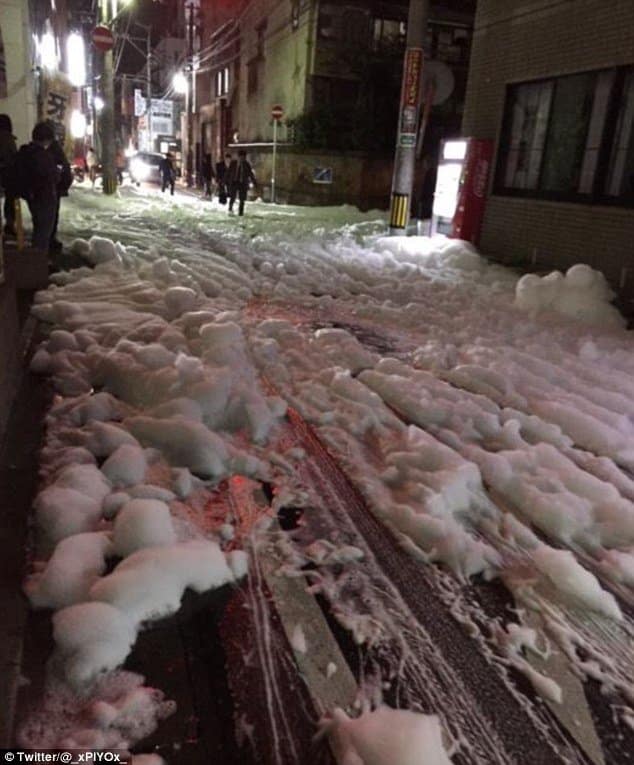 “Nothing is more important than human life and it’s a race against time. Daytime today is the big test. I want rescue activities to continue with the utmost effort.”

So far, no official statement or confirmation from the authorities have been released to address the mystery. 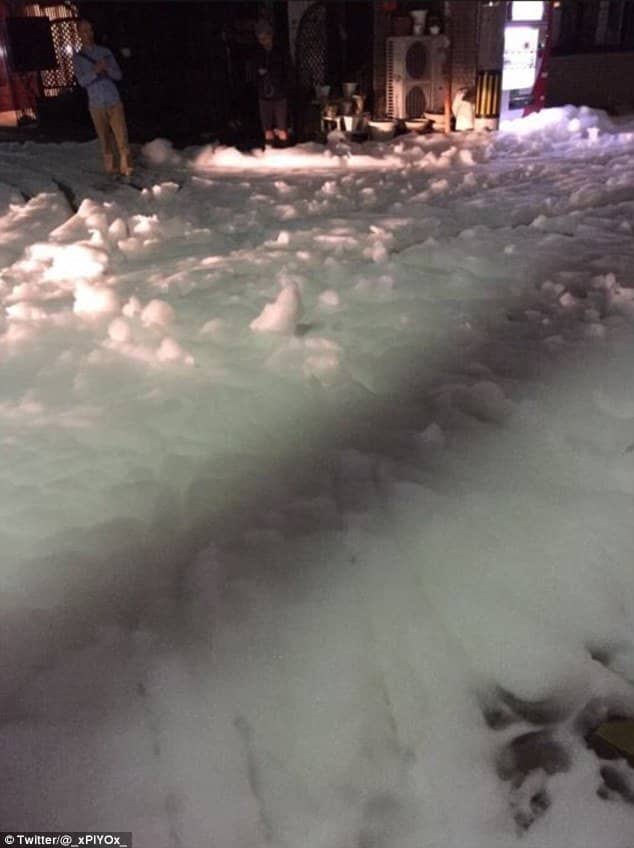 Residents eventually had to line up for food and water at the emergency aid centers set up by the government. Additionally, officials have expressed concern about possible heavy rainfall which may additional trigger landslides and may obstruct ongoing rescue efforts.

Several aftershocks have also been felt in the areas and some of them were really strong – such as the 5.4 magnitude aftershock last Saturday morning.