Lying submerged in the middle of an artificial lake in the City of Jaipur, in Rajasthan, India, is an uncanny palace called Jal Mahal, or Water Palace. It is a five-floor building, yet only the uppermost floor is visible as the four floors remain underwater when the lake reaches its maximum level.

Weirdly enough, the palace has no livable rooms, as it is primarily composed of corridors and gardens where the then ruler of Jaipur enjoyed strolls. Its architectural design adds to the uniqueness of the palace, being influenced by both Hindu and Persian architecture.

Jal Mahal stands in the middle of the man-made lake, flaunting its sand-colored glory. 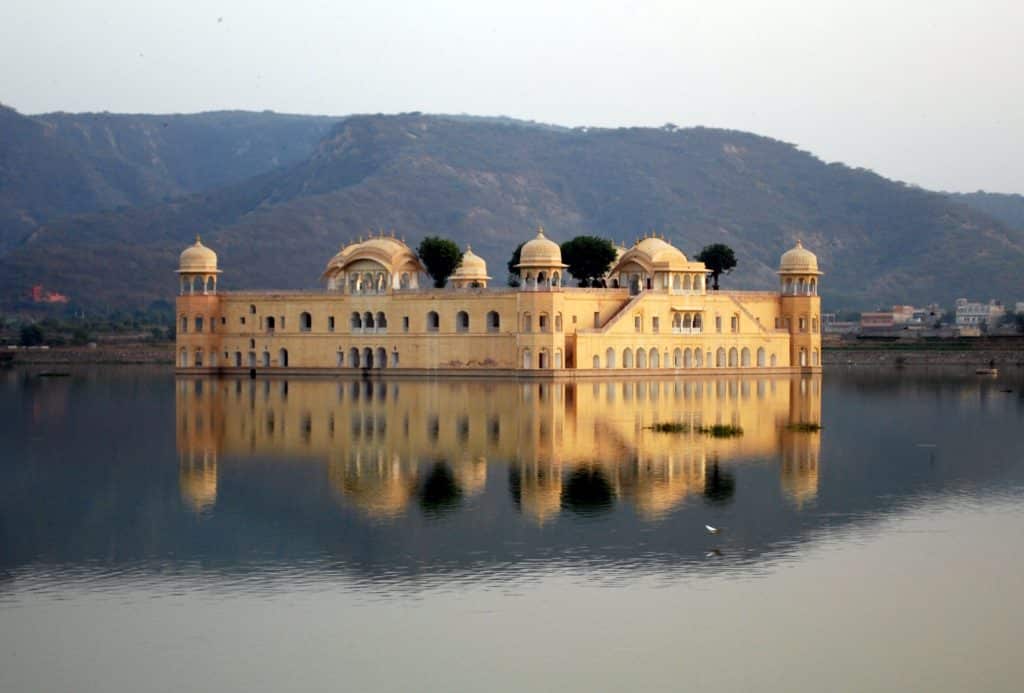 Little is known about the history of the curious structure except that it was erected on the order of Maharaja Madho Singh I, one of the well-known rulers of the area during the 1800s, as a venue for duck hunting parties.

His son, Madho Singh II, later had a courtyard added to the palace, before it was abandoned. Fast forward to two hundred years later, the neglected palace was finally renovated.

At night, Jal Mahal is truly a sight to behold. 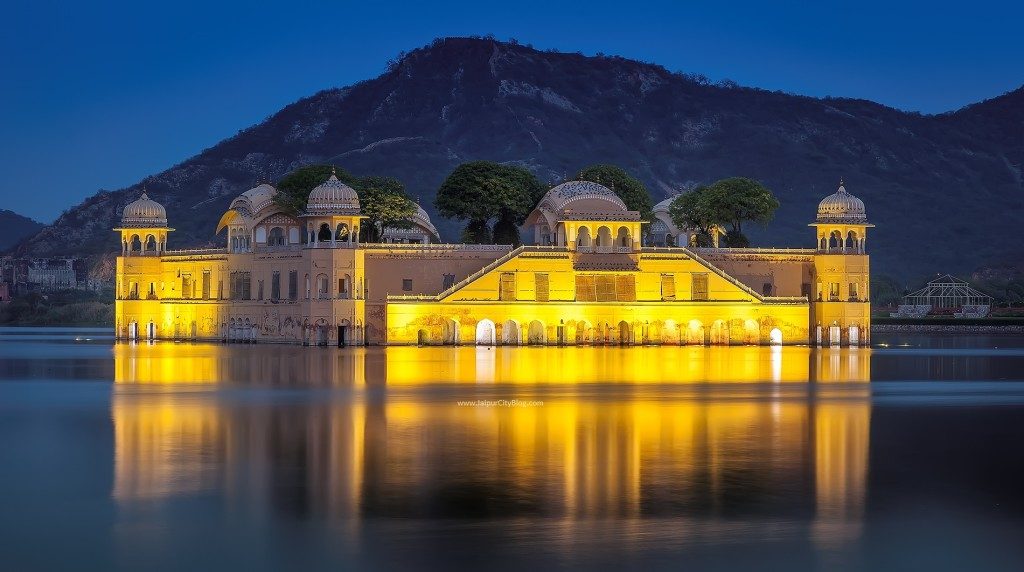 Tourists can enjoy the view of Jal Mahal by boating around the lake. 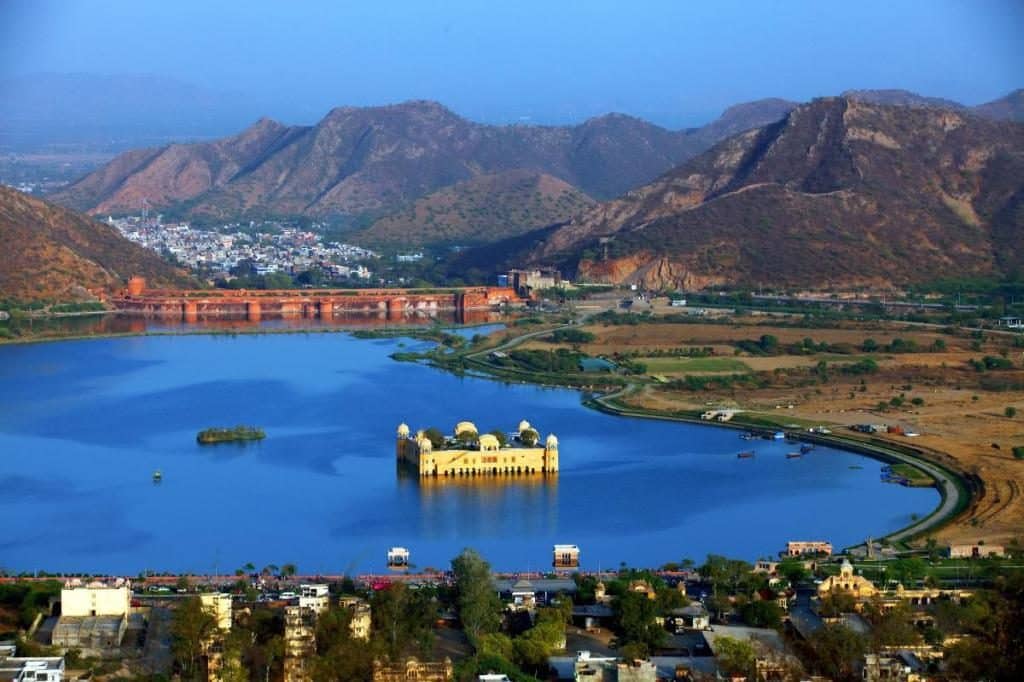 The artificial lake in which the palace stands was originally constructed in 1610 in an effort to address the famine and water shortage that affected the region.

Raja Man Singh, the ruler at the time, ordered the building of a dam across Dharbawati River and a water reservoir, that is Man Sagar Lake. Back then, the lake served its purpose, providing the people water for drinking and irrigation.

However, during the last century, the once pristine Man Sagar Lake became a dumping ground of sewage and industrial wastes. The water eventually became polluted and the place stank.

Enjoy a breathtaking scene at Jal Mahal’s courtyard at night. 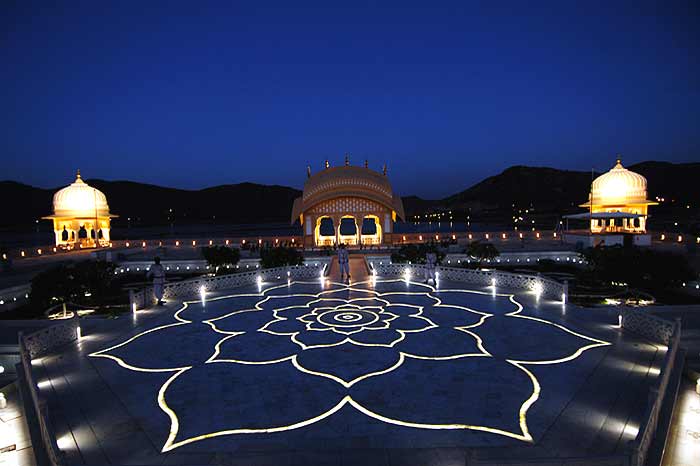 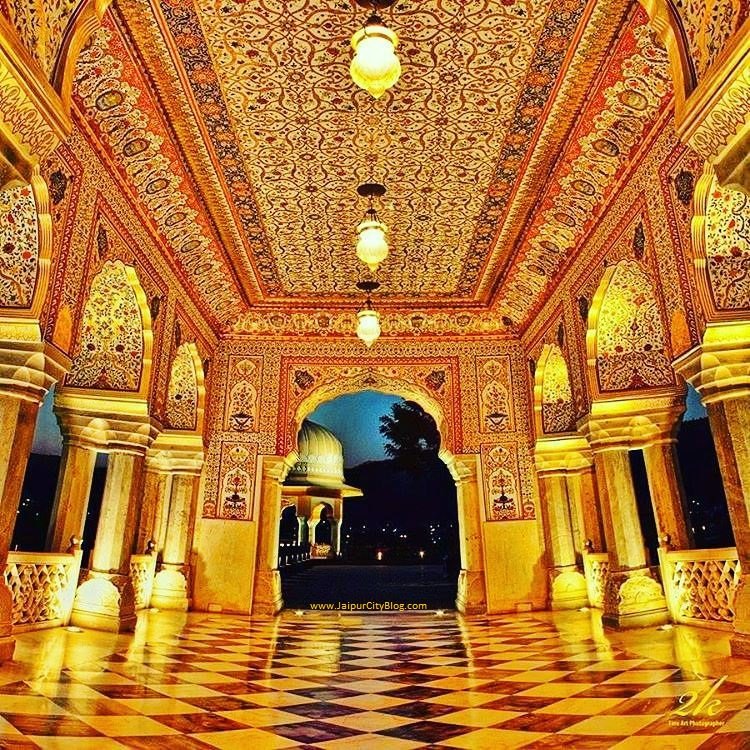 Fortunately, a privately-owned company got hold of the place in 2004 and began restoring Jal Mahal and Man Sagar Lake. Apparently, the company plans to turn the lake and the palace into a tourist destination. Though the palace is not yet open to the general public, tourists can boat around the lake and enjoy the magnificent view.