We all know him for his iconic role as Thor in the Marvel movies but to many health buffs, Chris Hemsworth is much more than that – he’s the ultimate fitspiration!

The Australian actor often posts photos and videos of his workout sessions on Instagram and, as evidenced by the comments, his followers are indeed taking inspiration from him. The guy trains really hard, especially if he’s preparing for an upcoming film.

Recently, Hemsworth posted this clip online and we all get another glimpse on how intense his workouts are.

Mixing it up. Get creative. Keep moving. Variety is key! 💪💪 @centrfit

Not too long after that, comedian Jack Black likewise posted a video on his Instagram recreating Hemsworth’s exact routine, move after move, albeit with far less intimidating gym tools. 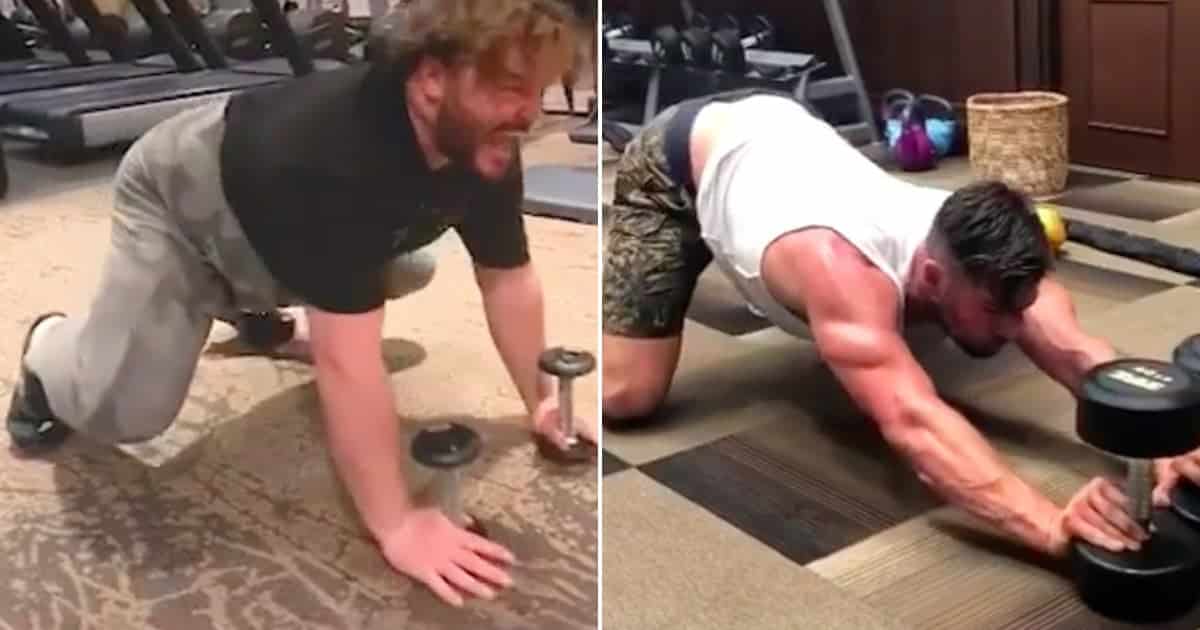 Black went as far as copying Hemsworth’s caption, only adding a question at the last part.

“Mixing it up. Get creative. Keep moving. Variety is key! Who did it better?”

As anyone can easily imagine, the results were pretty hilarious – especially after he quipped “that’s how we do it” at the very end.

Mixing it up. Get creative. Keep moving. Variety is key! 💪💪 Who did it better? #ThorWorkout @chrishemsworth Link in bio. ✂️ – @mrtaylorstephens

Not surprisingly, the funny video immediately went viral online as it received millions of views in just a short span of time.

Netizens couldn’t help but crack up with Black’s antics and numerous sites likewise covered the story, with UK-based Unilad describing the clip as “pure comedy gold.”

What’s even funnier is that the viral post later reached Hemsworth himself, who took the time to share it as well and wrote “the student has become the master.”

The student has become the master. #Repost @jackblack ・・・ Mixing it up. Get creative. Keep moving. Variety is key! 💪💪 Who did it better? #ThorWorkout @chrishemsworth ✂️ – @mrtaylorstephens

Black is currently busy filming the sequel to Jumanji: Welcome To The Jungle. Some of his past movies include School of Rock, Nacho Libre, Gulliver’s Travels, Tropic Thunder, and Kung Fu Panda, among many others.

Despite his colorful filmography, Black admits he still has a dream role – to be a Batman villain.

In an interview with ET Canada, the actor said:

“I mean, I hate to put myself out there and say that because then when I don’t get that part, it was, ‘Oh, Jack tried to get the thing.’ I didn’t try anything! I’m just saying maybe that would be good.”

It would be terrific if this guy gets his wish!