Italian police were preparing for the worst when they responded to a call concerning an elderly couple. But they weren’t prepared for what they saw.

Fearing for the elderly couple’s lives, concerned neighbors called the police. Upon their arrival at the scene, the police did not find any burglar in the couple’s home; instead, they found out that the elderly couple was crying because of the bad news they saw on the television.

When police interviewed Jole, 84, and Michele, 94, they found out that watching news on TV was the couple’s only means of entertainment, and what they saw constantly wasn’t always good. That night’s particularly negative news completely broke their hearts, hence the crying.

Police still called for an ambulance to make sure everything was fine with the couple. While waiting, they decided to check the pantry for food and found very scant amounts of it. So they did another remarkable deed – cook dinner for the old folks. Three of the four responders chatted with the couple while one whipped up pasta.

Policemen cooked dinner and chatted with the couple 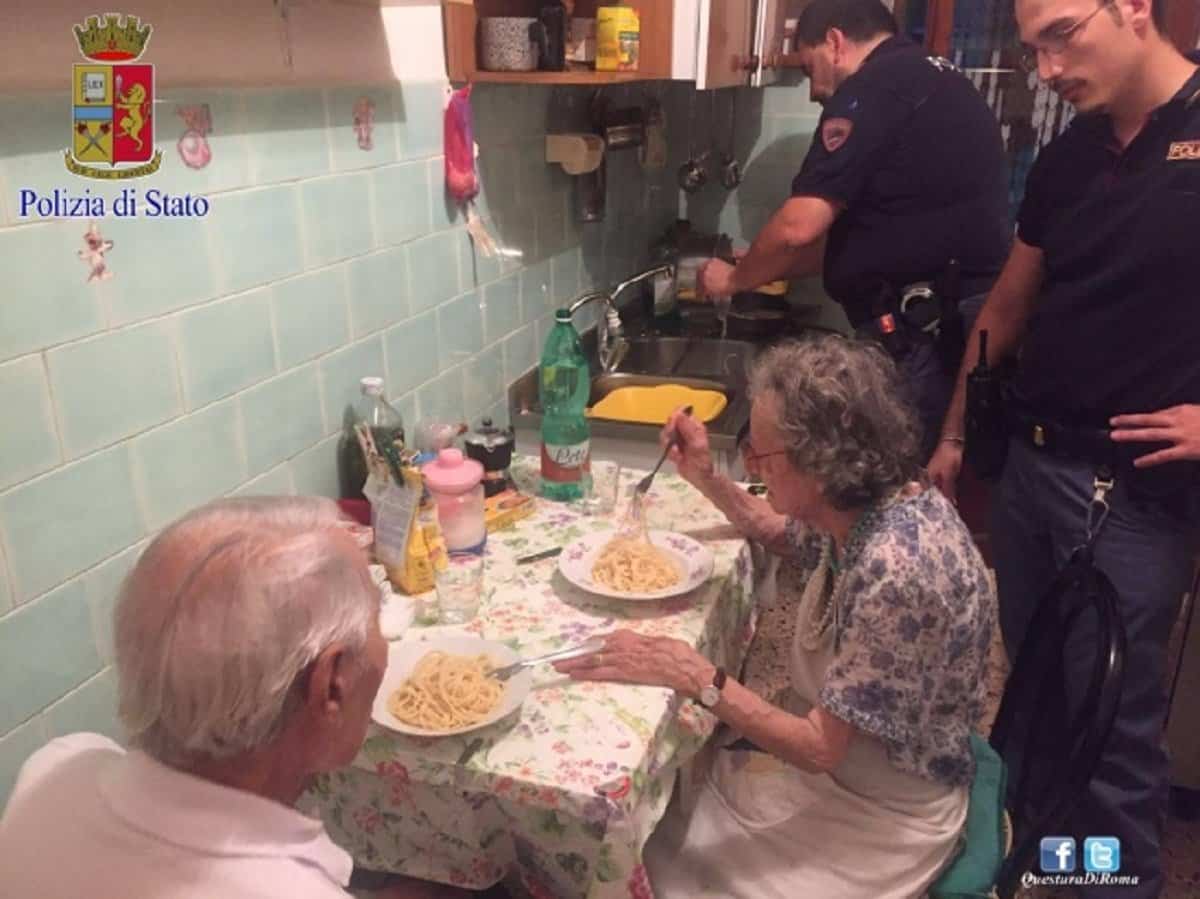 We tip our hats to these awesome gentlemen of the Italian police force!