We’ve previously heard about Japan’s shortage of ninjas. The country is looking for more ninja show performers, which are particularly popular among tourists.

Well it looks like Iran will never have the same problem. Apparently, about 4,000 Iranian women are training hard to be ninjas – from learning to use various lethal weapons to performing back flips and everything in between. 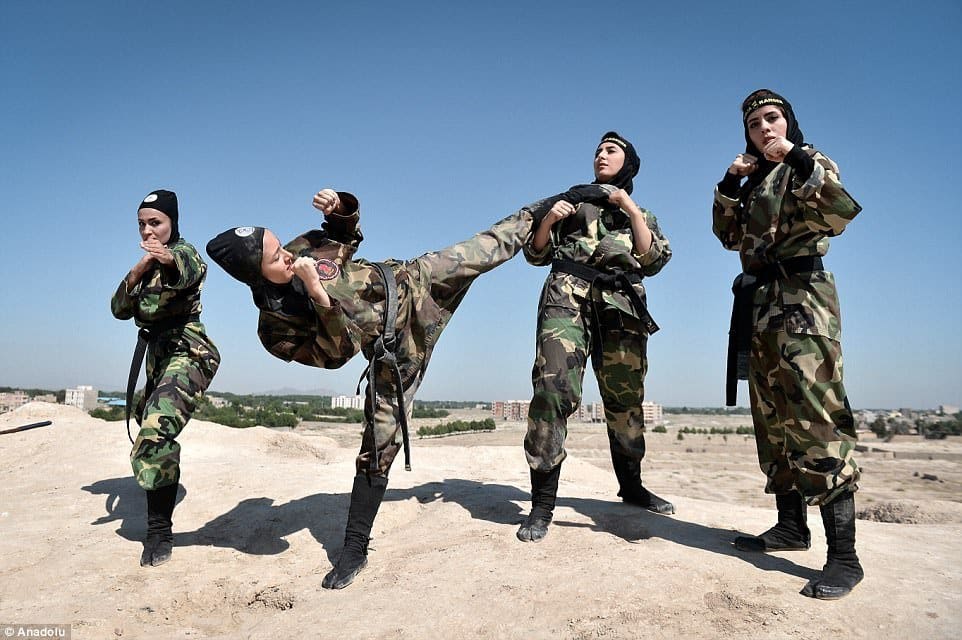 They’re training hard in the desert to become fighting machines. 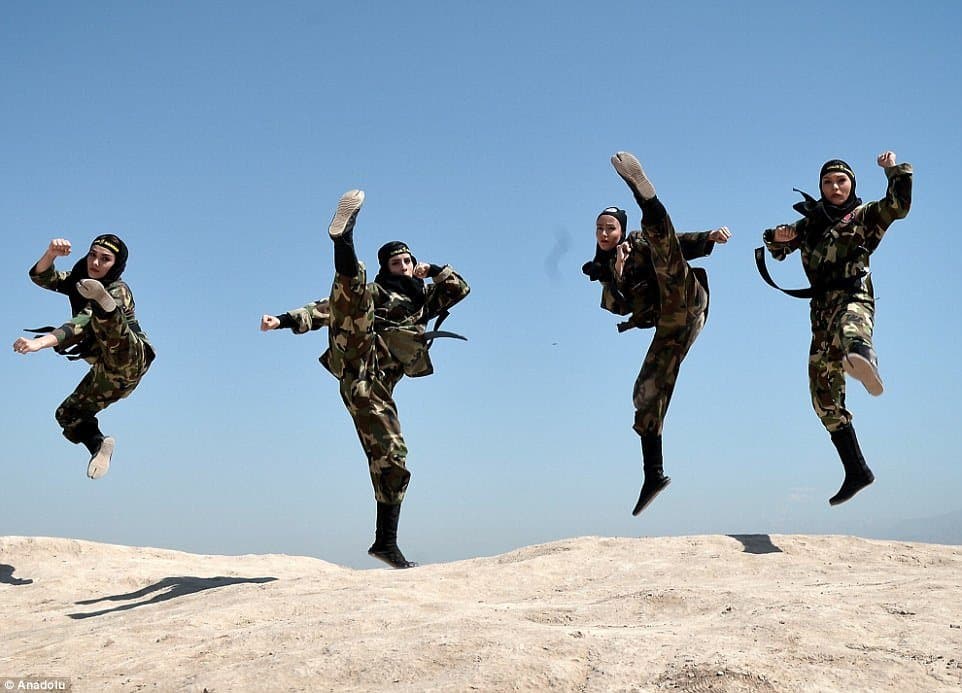 Based at the Jughin castle, this club, which was established in 1989, is training women in Ninjutsu so they can become kunoichi (female ninjas). According to a report by the Daily Mail, the female students “learn to climb and jump walls, hide in the mountains and slice the neck of a rival without making a sound.”

“Calmness is the most important lesson they learn,” said instructor Fatime Muamer. 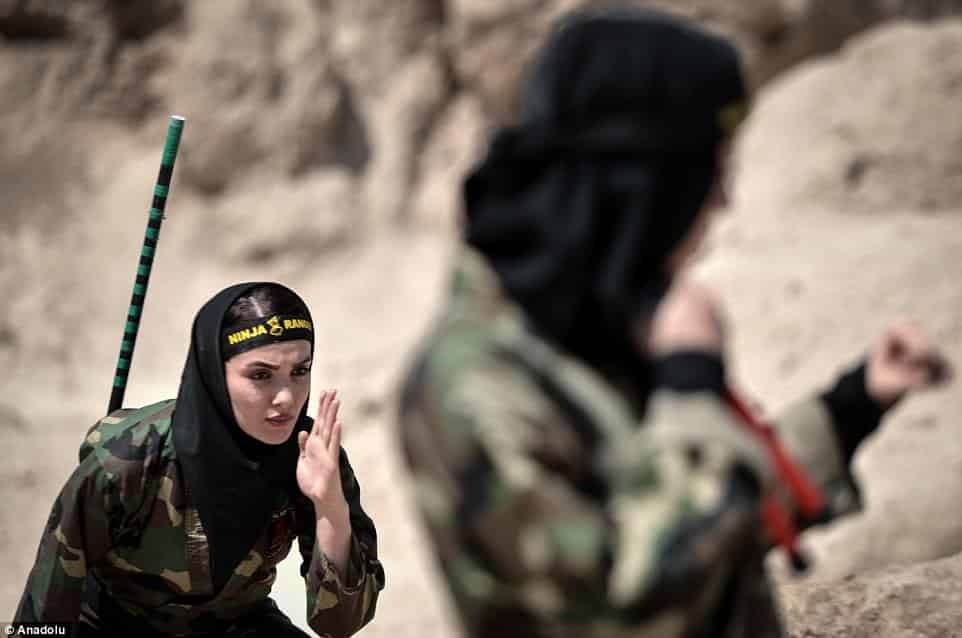 Fatime Muamer, the instructor, said that the women find the sport attractive because it teaches balance between the mind and body.

“The most important lesson in ninjutsu is respect and humility.

“Calmness is the most important lesson they learn.” 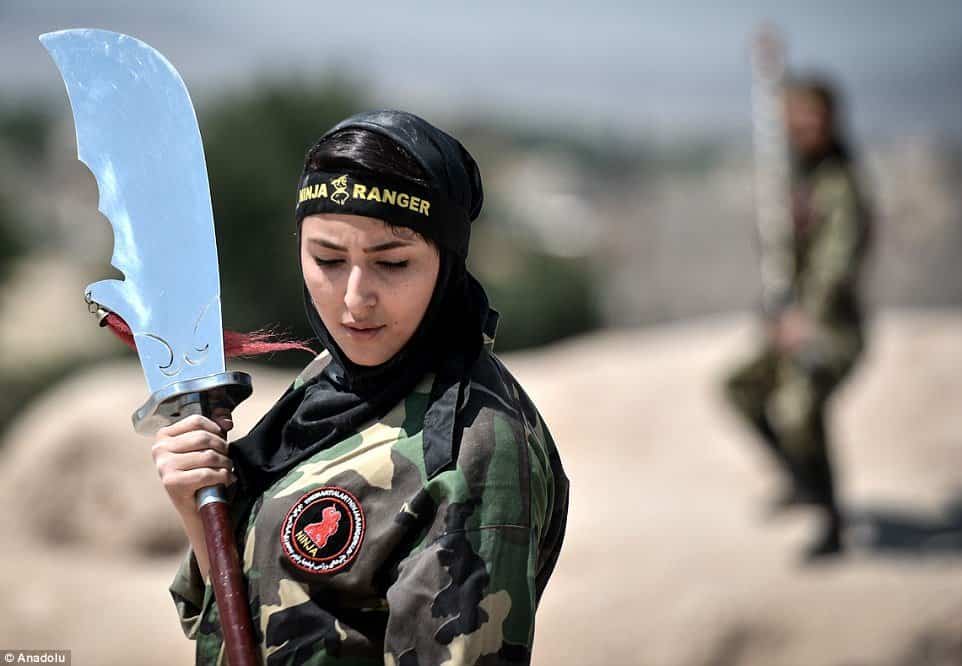 … to everything else in between! 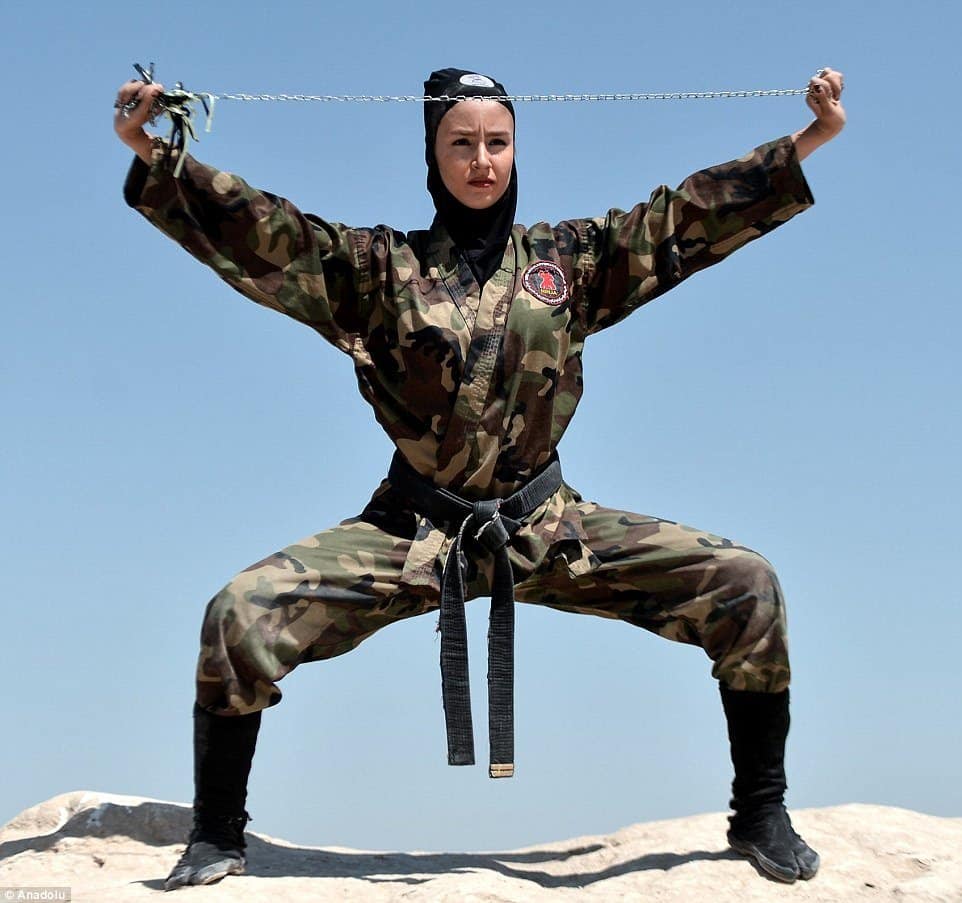 The women also “learn to climb and jump walls, hide in the mountains…” 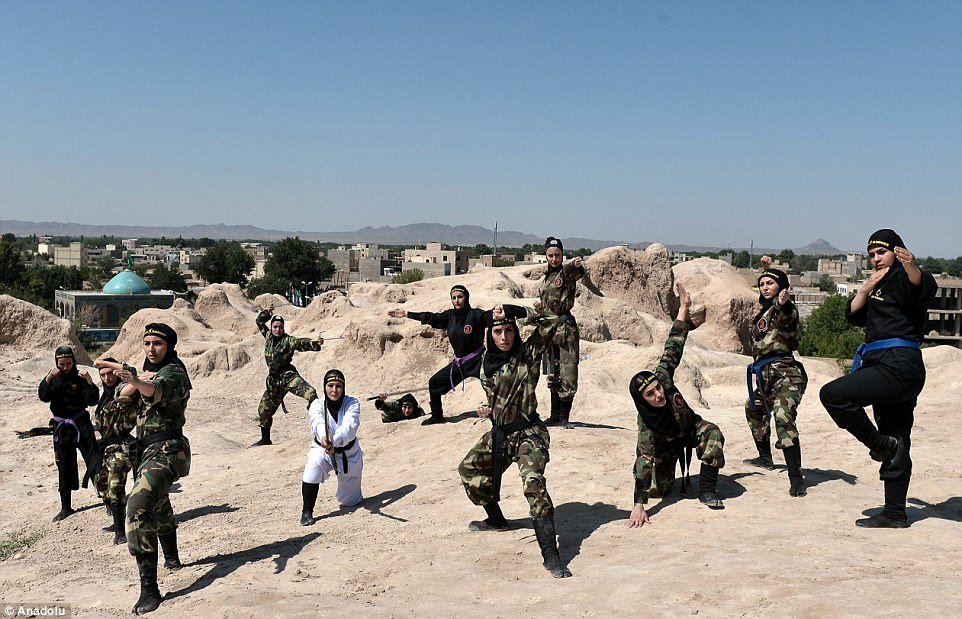 … even to “slice the neck of a rival without making a sound.” 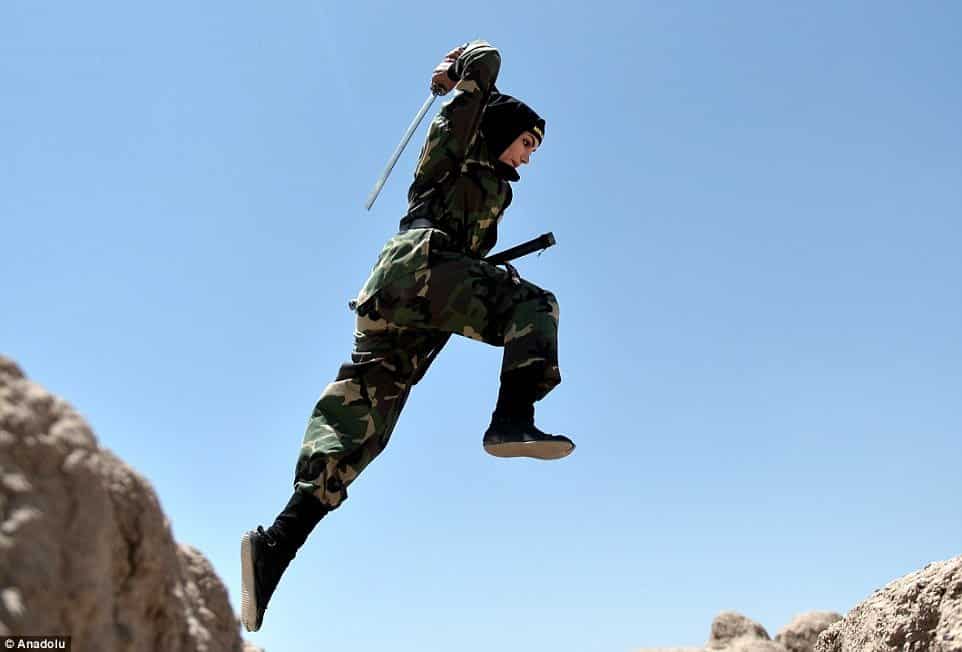 And yes, like we’ve earlier said, the female students learn to use ninja weapons such as bows, nunchucks, shurikens, and swords.

The Daily Mail feature likewise tells us that it was Sensei Akbar Faraji who first brought the martial art form to the country.

“In ninjutsu, we call men ninjas, while females are called kunoichi.

“Being a ninja is about patience, tolerance, and fortitude. Literally it means the art of becoming invisible.

“Ninjutsu, or martial arts in general, can be described as a medicine. Just like snake poison, despite the fact that it can be very dangerous, it can be a good antidote as well.”

Sensei Akbar Faraji said, “Being a ninja is about patience, tolerance, and fortitude…” 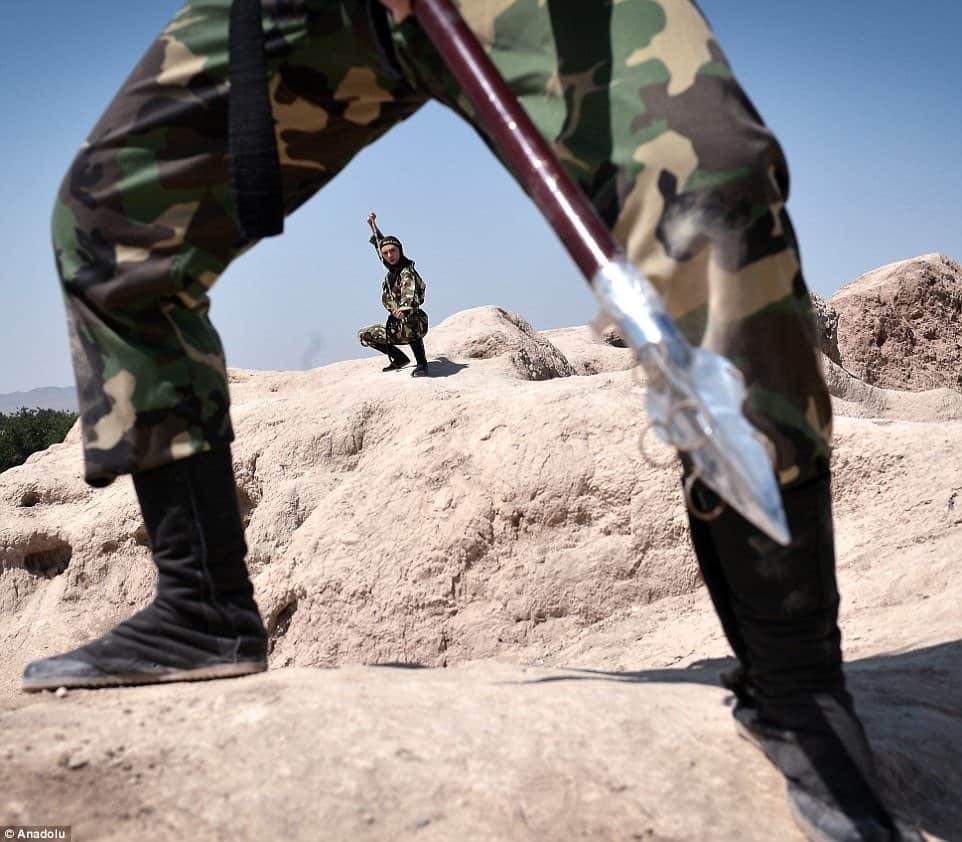 “Literally it means the art of becoming invisible.” 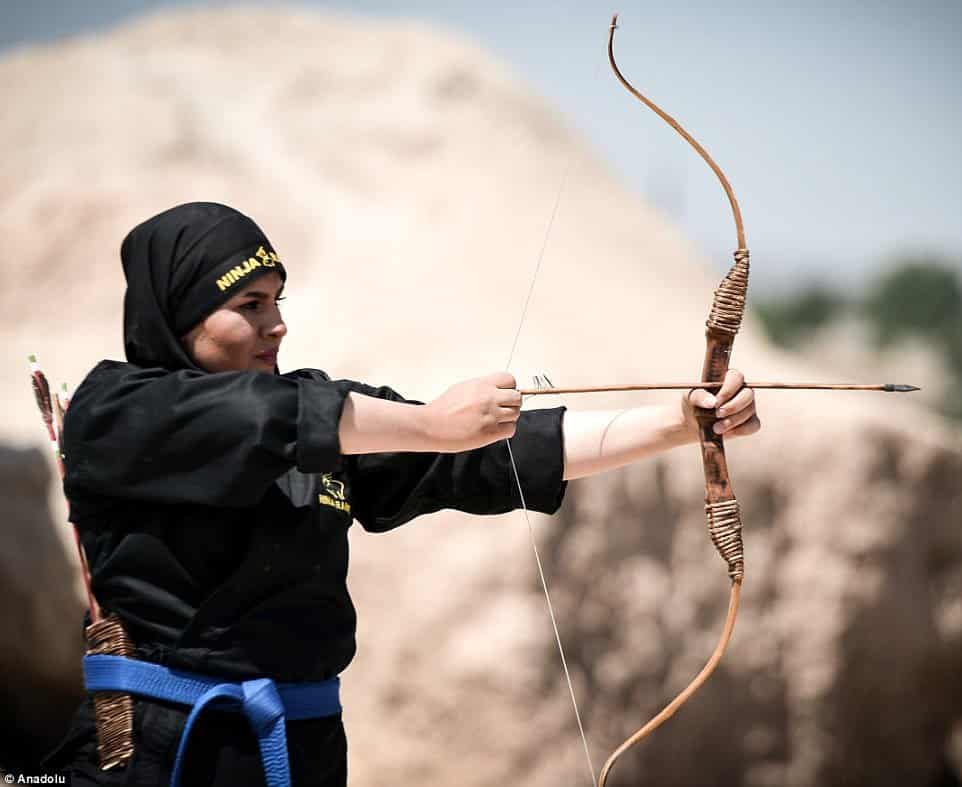 Melika, one of the female ninja students, shared:

“Here we are free. We live art ninja as a philosophy of life.

“It helps us to endure the hardships of everyday life, to be patient, strong and disciplined.

“It is a spiritual art. We’re not looking to fight anyone outside the classroom.”

Clearly, you wouldn’t want to mess with these ladies! 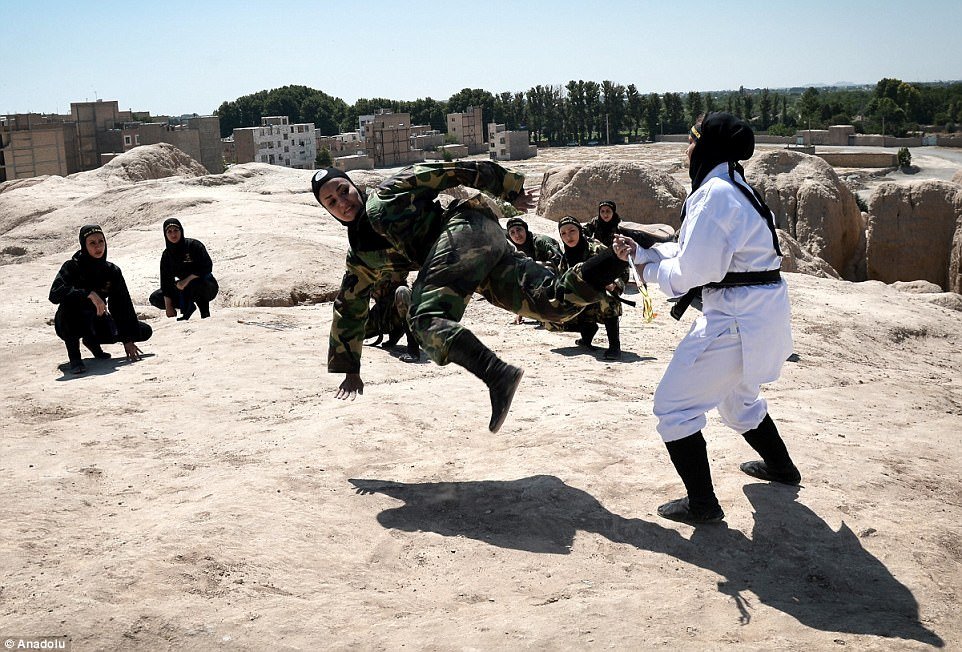 “The truth is that its lethal power is undeniable.

“They learn to climb walls, jump walls and fences without being seen, to hide in the mountains and are capable of slicing the neck rival without making a sound.

“I must be very sure that my students will not use the techniques of ninjutsu to hurt anyone or sneak into someone else’s house.”