What’s the coolest thing that you’ve done at the age of 25? A young inventor from Kenya has come up with an amazing device that will make communication much easier for the hearing impaired. His smart gloves can actually translate sign language into audio speech.

Roy Allela is a 25-year-old technology enthusiast from Kenya who came up with an awesome idea. In an effort to help his hearing-impaired niece communicate with her family who doesn’t understand sign language, he came up with Sign-IO. The smart gloves can be hooked up to a phone via an app and amazingly processes each finger movement, translating it to audio.

Sign-IO is hooked up to an app that translates sign language into audio. 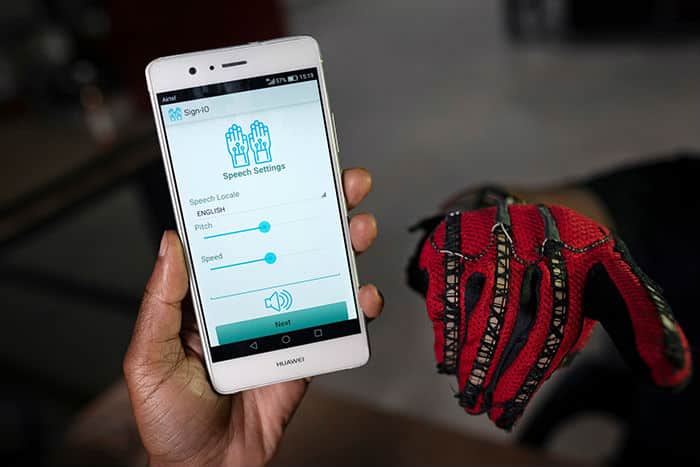 Here’s how Sign-IO works: The gloves have flex sensors on each finger that quantify each bend and processes the letter being signed. The app, which is connected via Bluetooth, then vocalizes the letters.

The smart gloves are already making a difference. Allela has introduced Sign-IO to a special needs school in a rural area of south-west Kenya where kids are using it to communicate. They have also allowed the young inventor to discover what part of the tool needs improvement.

“People speak at different speeds and it’s the same with people who sign, so we integrated that into the mobile application so that it’s comfortable for anyone to use it,” Allela said.

The smart gloves could soon be available to every young Kenyan that needs it to communicate. 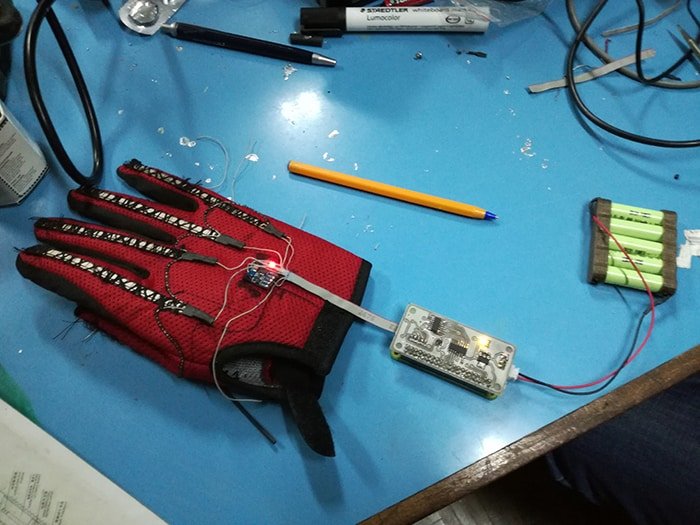 Allela currently works at Intel and tutors data science at Oxford University. However, it looks like Sign-IO will be the one thing that people will remember him for. The smart gloves have already won an award from the American Society of Mechanical Engineers (ASME).

The inventor has every intention to keep improving on the smart gloves. Allela has admitted that he will be using the prize money to implement more accurate vocal predictions.

What do you think of this young man’s amazing invention? Let us know in the comments below.