Whenever you look at a #traveljunkie’s Instagram feed, you might be wondering which city they’ve gone to has the most expensive cost of living. Some cities are absolutely dazzling but are relatively cheap to live in while others don’t look too different from any major city and yet they can seriously blow a hole through your paycheck.

So if you’re wondering which city has the most expensive estimated monthly cost of living, here’s a handy list compiled by The Crazy Tourist based on data compiled by Numbeo.

Which city is the most expensive one to live in? 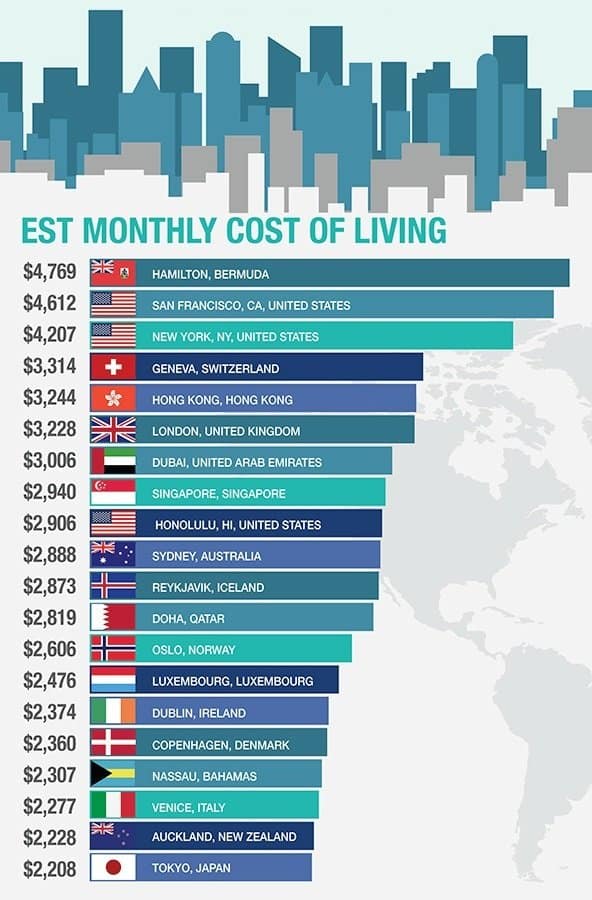 While some may think that the most expensive city would be London or Los Angeles, or even New York City, the city that comes up on top is actually Hamilton, Bermuda. Sunny San Francisco is a close second, while the Big Apple comes in at number three.

So where does the money go? 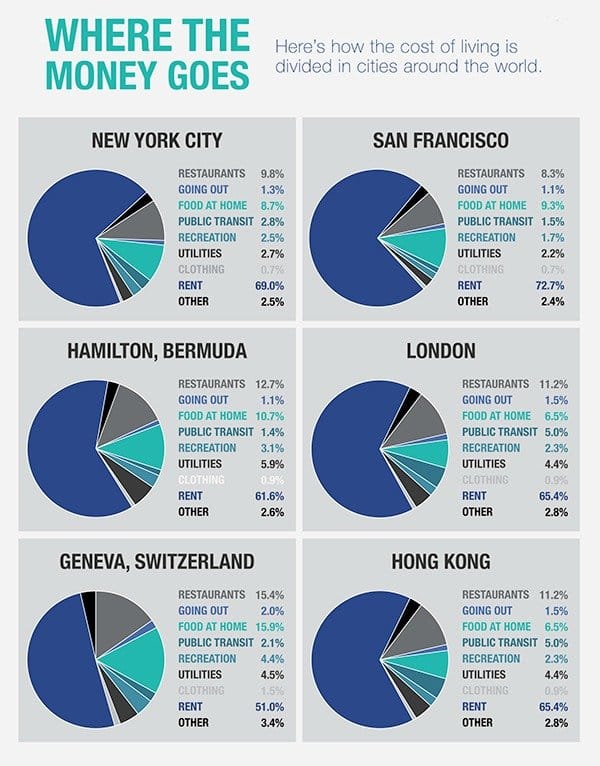 Lastly, there's the average cost of different items in each city. 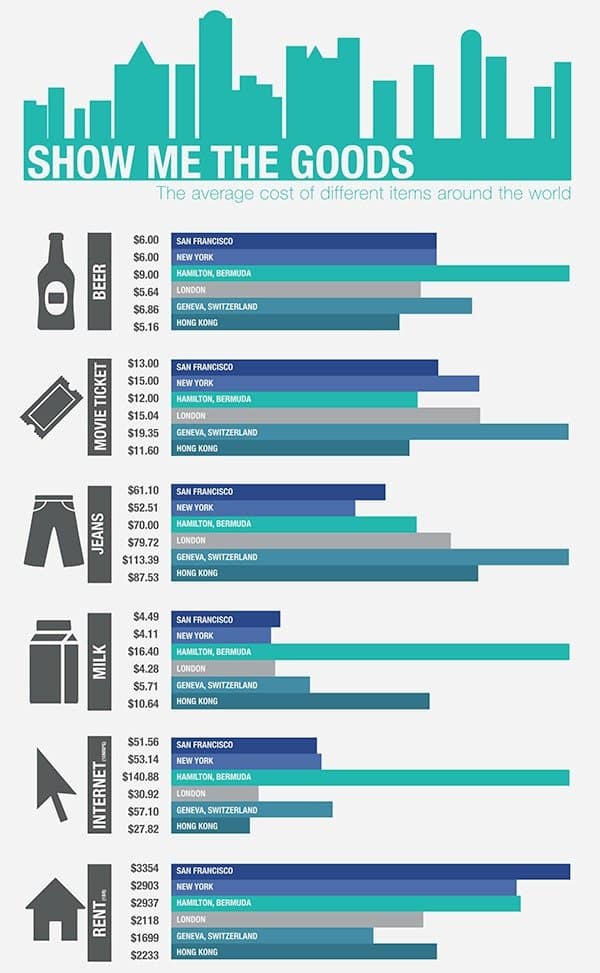 Beet in Hamilton, Bermuda is an astounding $9.00 a bottle, which probably makes it a less popular destination for beer drinkers. They also have the most expensive milk, which averages at $16.90 a carton. And for those of you who can’t live without internet, Hamilton’s internet service costs around $140 a month!

When it comes to rent, the most expensive place to rent a home is in San Francisco, which averages at $3354 a month. Meanwhile, the cheapest of these expensive cities to get internet is surprisingly London and Hong Kong at $30 and $27 respectively.

So with all those costs in mind, which of these cities would you like to live in?