A teenage girl in India had given birth on the side of the streets, reports stated. Her family abandoned her after she got pregnant by her boyfriend and she was left to take care of herself. The childbirth was filmed moments after, with the teen’s dress seen covered in blood and the infant’s umbilical cord still intact.

The 17-year-old from Jharkhand, eastern India was reportedly in a relationship with a boy from her village and later on fell pregnant. The boy, whose identity cannot be divulged for legal reasons, left the teen when he knew about the pregnancy. Fearing the shame that it will bring to the village, the girl’s family also abandoned her.

The girl had to leave home because her family would no longer have her. 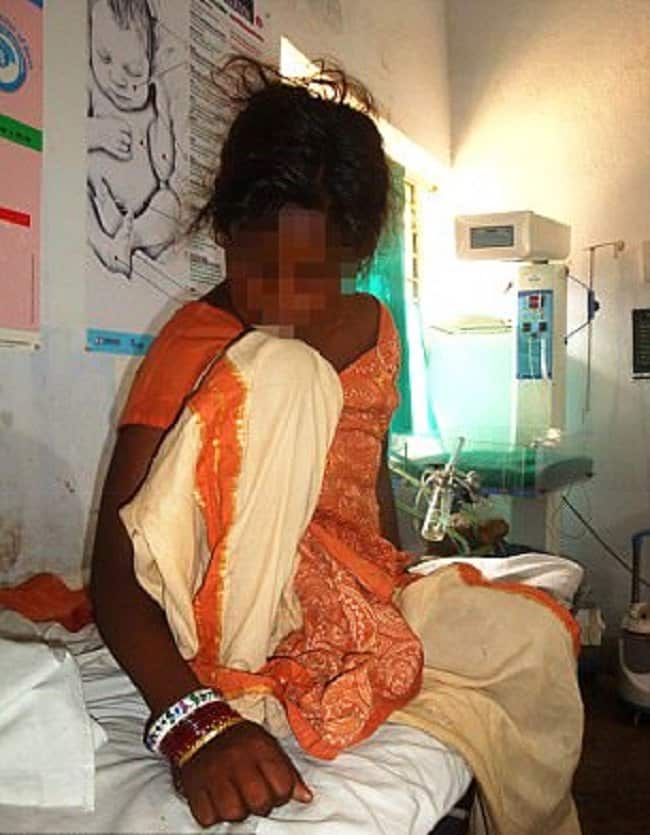 Locals said that the young girl had been seen out on the streets for more than four months. 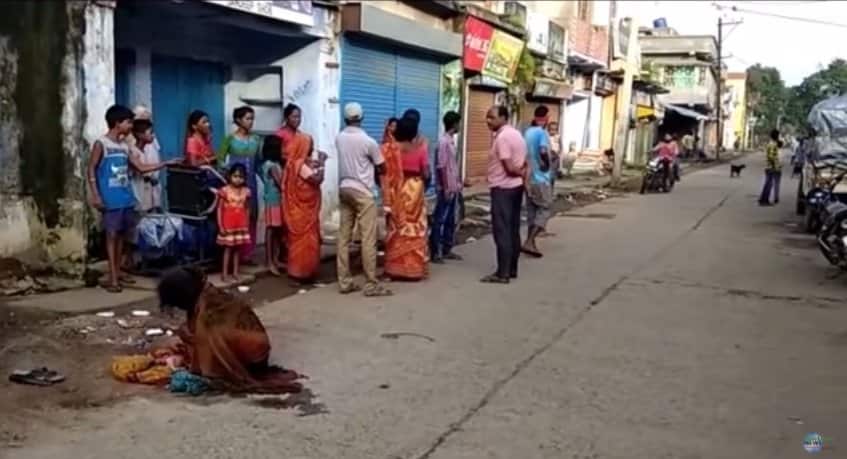 Recently, the girl went into labor and approached Chandil Sub Divisional Hospital, a local health center, to ask for help, according to the Daily Mail. However, the hospital staff allegedly turned down her plea for help since the minor doesn’t have a guardian.

The following morning, the girl gave birth to a baby girl on the road 30 meters away from the hospital. 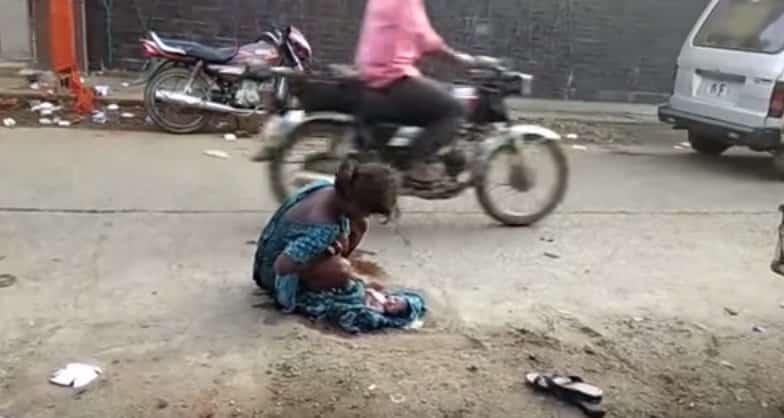 A person who passed on the side of the street happened to see the girl and the baby and noticed that the former’s dress was soaked in blood. Vehicles can be seen just passing by the girl. Passerby Om Prakash Sharma then put roadblocks around the mother and her child so they’ll be safe from getting hit by vehicles.

Eventually, Dr. Lakhindra Handsa from the local health center went to the spot and tended to the baby. A group of ladies soon had the girl confined in the hospital, where she and the infant were finally given medical attention. People were furious about the delay in medical help and for the hospital staff’s callous attitude.

Ladies helped the girl up so she can get a ride. 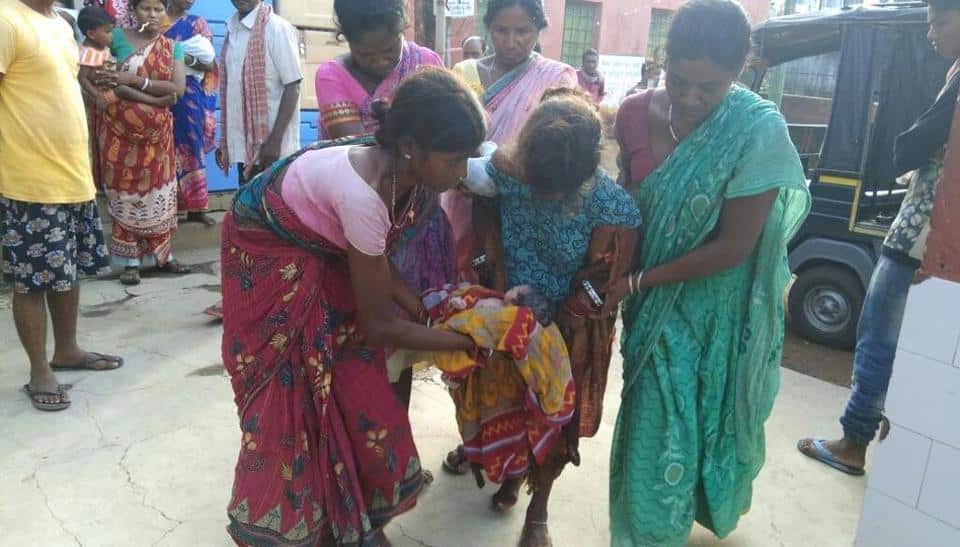 The teen got on a rickshaw that drove her to the hospital. 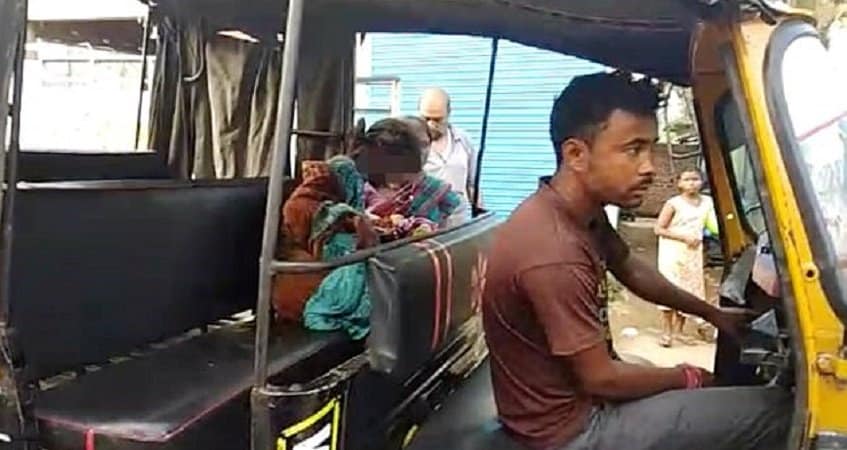 Chandil Sub Divisional Hospital’s medical officer Dr. Lalita Kashyap gave a statement regarding what happened to the girl and why the hospital didn’t attend to her needs immediately.

“Whatever has happened was wrong and unfortunate. There were only two nurses at the health center, who were busy delivering twin babies when we were informed about the girl.”

The young mother and the baby are now doing fine. 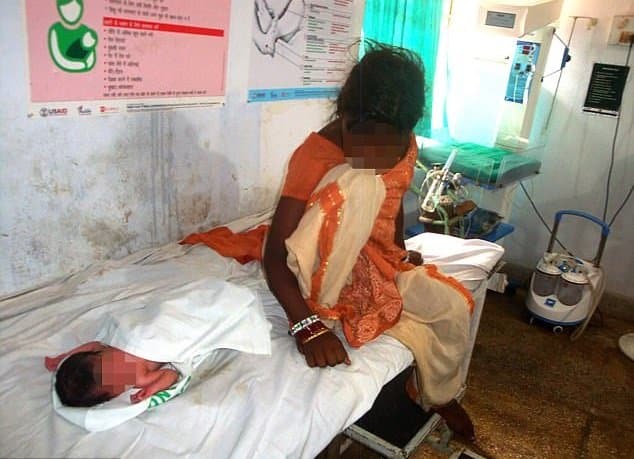 In case nobody will step up as the girl’s guardian, hospital authorities will contact NGOs to help the mother and child with their needs.